A new borough manager will take over in Fountain Hill at the beginning of September, Borough Council President Norm Blatt announced at council’s Aug. 3 meeting.

EMS Chief of Operations for the City of Allentown, Eric Gratz, was named the new borough manager. Gratz takes over for Tony Branco, who announced his retirement in April and has been serving as interim borough manager since May.

The five members of council in attendance at the meeting voted unanimously to hire Gratz. Council members Doug Trotter and Will Rufe were unable to attend the meeting, although Blatt said they also support the hire.

“This is a unanimous decision. We look forward to having you on board,” Blatt told Gratz, who currently resides in Alburtis with his wife and two children.

“My parents still live in the house I grew up in, over by Lehigh Valley Hospital,” he said.

Gratz has worked for the City of Allentown since 2000 in various roles, including as a 911 dispatcher, a paramedic and a paramedic shift supervisor.

He has been serving in his current role as EMS Chief of Operations since 2016. When the COVID pandemic struck in early 2020, many of Gratz’s day-to-day responsibilities changed and he began working closely with Allentown’s Health Bureau Director, Vicky Kistler.

“Most of what I ended up doing the last year-and-a-half has nothing to do with emergency medical services, and has a lot to do with public policy and how we’re going to handle all of the pandemic stuff,” Gratz said. “It broadened my horizons.”

Gratz credited the recent shift in work responsibilities for sparking his interest in Fountain Hill’s borough manager position. He also highlighted a master’s degree in public policy and management he earned from the University of Pittsburgh as a life event that has prepared him for his new position.

“My graduate program at the University of Pittsburgh was very eye-opening, looking at how broad public policy management could be,” Gratz said. 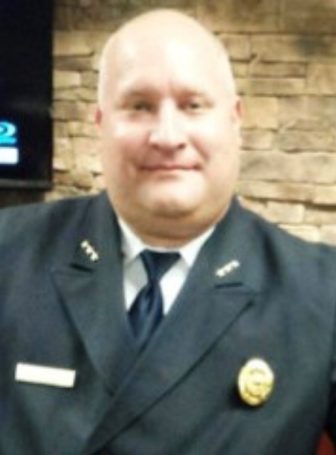 Eric Gratz will take over as Fountain Hill’s borough manager in September after serving as EMS Chief of Operations for the City of Allentown since 2016. Outside of work, Gratz enjoys spending time with his wife and two children.

Gratz said an important function of serving as Fountain Hill’s borough manager will be trying to fund improvements without increasing taxes.

“I think the biggest thing with Fountain Hill is you’re landlocked, so you have to find resources to really tackle big-ticket capital items,” Gratz said.

“There are federal grants out there, there are other things out there that I think Tony (Branco) has been fantastic in undertaking,” he continued. “We need to continue that, because otherwise you’re going to lean on such a small tax base of people who are working class, and they’re going to get sick of that.”

Fortunately, Gratz said he has experience with applying for and receiving grants in his current role.

“We are in the midst of about $300,000 in grants, just specific for emergency medical services in Allentown,” he said. “I’m going out and allocating all of that.”

“That relationship will bode well as I transition to Fountain Hill, where you have St. Luke’s University Hospital,” Gratz said.

Gratz officially takes over as borough manager on Sept. 7, and will earn an annual salary of $85,000.