The Borough of Fountain Hill will look to hire a new borough manager after outgoing manager, Tony Branco, announced his retirement at the borough’s April 21 council meeting.

“It’s with a heavy heart that I have to tell council that I am announcing my retirement,” Branco told members of borough council. He added that his final day will be May 31.

Branco, who formerly served his hometown of Hellertown as an elected official, first took over as interim borough manager in March 2015. Later that year he was offered the full-time position.

“It’s been six very good years. We’ve matured as a borough, we’ve evolved and I think we’ve evolved in the right direction,” said Council President Norm Blatt. “Tony, you and I haven’t always seen eye to eye, but I’ve always respected you, and we’re going to miss you.”

“You will be sorely missed,” added councilwoman Jamie Johnson.

Council members weren’t the only ones to recognize Branco’s commitment to the community he served. Earlier this month, Branco was the recipient of a 2021 Governor’s Award for Building Community Partnerships from the Wolf administration.

“Branco has secured millions of dollars of grants for the borough and made many necessary improvements to municipal operations including enhancements to a public works facility, vehicle upgrades for the fire department, security measures in the borough office, and a reconstruction of a major roadway,” the Wolf administration said in a statement about the award. 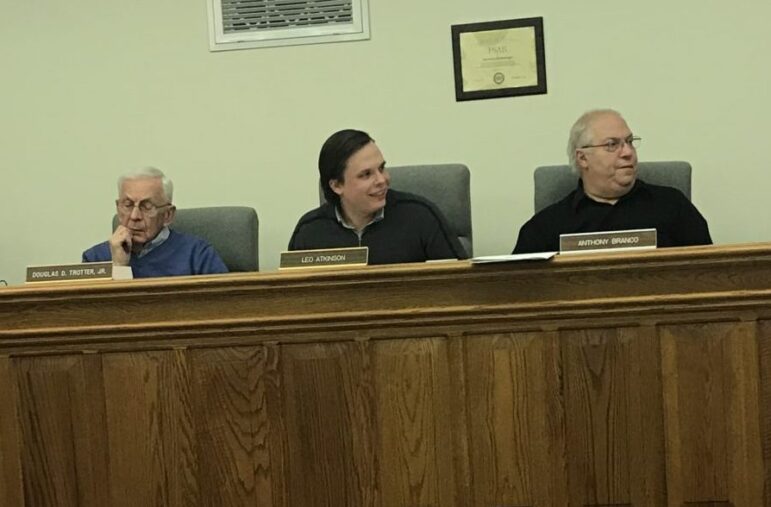 Utilizing grants to make improvements to borough vehicles, equipment and infrastructure was a major function Branco performed during his time at Fountain Hill.

The borough is currently using grants Branco helped secure to make improvements to Broadway and put video in their sewage lines to help make repairs and upgrades.

Branco has also used grants to fund new police cruisers in each of the six years he’s served as manager.

“With this new (cruiser) coming in next week, I’ve secured all six of them with grants,” he said.

During his tenure as borough manager, Branco has also worked closely with St. Luke’s University Hospital, which is located in the borough.

“We’ve built a great rapport with St. Luke’s,” he said.

The hospital’s tax-exempt status means that the borough loses out on a sizable amount of tax revenue annually. However, Branco noted that the working relationship the hospital and the borough share has paid off in other ways, like when the hospital recently donated $200,000 to help fund the purchase of a new fire truck for the borough’s fire department.

“Would I do better on taxes if they were taxed? Absolutely, but they’ve (contributed) over $200,000 for a fire truck, they purchased a backhoe for $75,000, they purchased a pickup truck for $64,000,” Branco said. “That’s all in the last three years, and not counting the other donations that I get from them for various other things.”

Retiring from the role of borough manager caps off Branco’s lengthy career of public service.

Branco served on Hellertown Borough Council for 13 years in the 1990s and 2000s. He was also a member of the Hellertown Civil Service Commission for over two decades, and volunteered with the Dewey Fire Co. ambulance squad for 23 years.

Outside of his civil service duties, Branco worked for Agere Systems from 1982 to 2004.

The Borough of Fountain Hill will now work on finding a replacement to take over for Branco at the end of May. Branco also served as the borough’s Stormwater Authority Manager, so they will be looking for a replacement to fill that position as well.