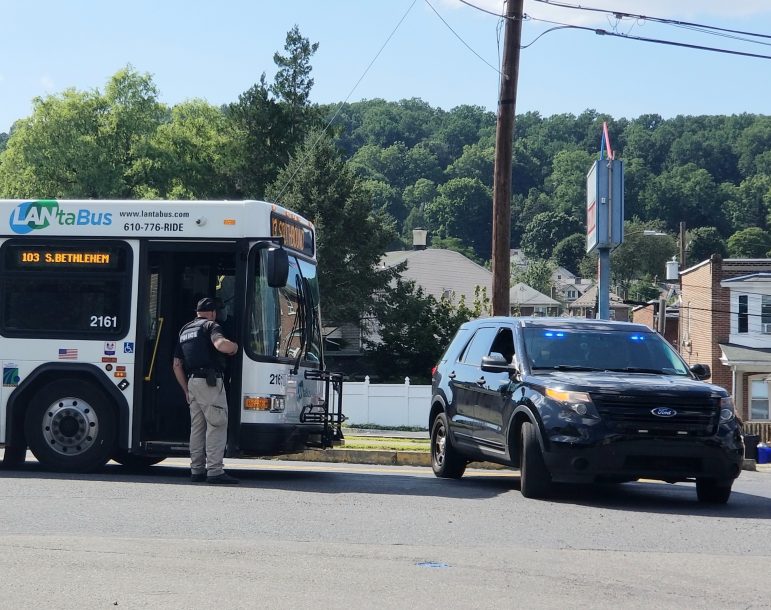 A Fountain Hill police investigator speaks with the driver of a LANTA bus after a woman who apparently became irate attempted to block the bus from traveling at a normal speed down its route along Broadway Thursday afternoon.

A woman who appeared to be upset following her attempt to board a LANTA bus in Fountain Hill obstructed bus service along Broadway by walking in front of the bus in the road’s eastbound lane Thursday afternoon.

The bizarre scene began to unfold around 3:30 p.m., near Broadway and S. Bergen Street.

It was unclear what type of interaction the woman had with the bus driver immediately before she used her own body to block its regular movement, but she appeared to be angry and uttering profanities as she walked eastward toward the Bethlehem city line.

A line of vehicles quickly formed behind the slowed bus, which could only travel at approximately 5 to 10 mph until it reached the interesection of Broadway and Benner Street, roughly two blocks from where the incident began. 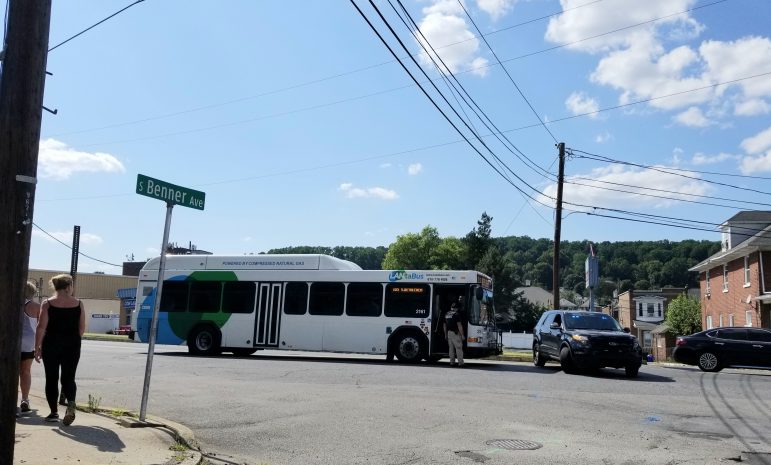 Passers-by stare at a LANTA bus that was intercepted by police at Broadway and Benner Street in Fountain Hill Thursday. The bus’s driver was having difficulty proceeding along his route due to a woman who was apparently angry about something and wanted to block the bus by walking in front of it.

At that point, it was intercepted by a Fountain Hill police officer, who maneuvered his SUV sideways in front of it. The investigator could then be seen talking to the driver.

It was unclear if the woman who had blocked the bus was taken into custody, but the scene was quickly cleared and the bus proceeded down Broadway toward Five Points.

In spite of the fact that Pennsylvania’s face mask requirement was lifted in late June, LANTA has continued to follow CDC guidance with regard to masking, which means that masks must be worn by all riders, even if they are fully vaccinated.

Specifically, the Centers for Disease Control and Prevention still requires masking by those who are traveling on planes, buses, trains and other forms of public transportation.

The wearing of face masks and face mask requirements have been politicized during the coronavirus pandemic, resulting in occasional disputes in public settings which require masks, although it was unclear if Thursday’s dispute was related to the mask mandate. 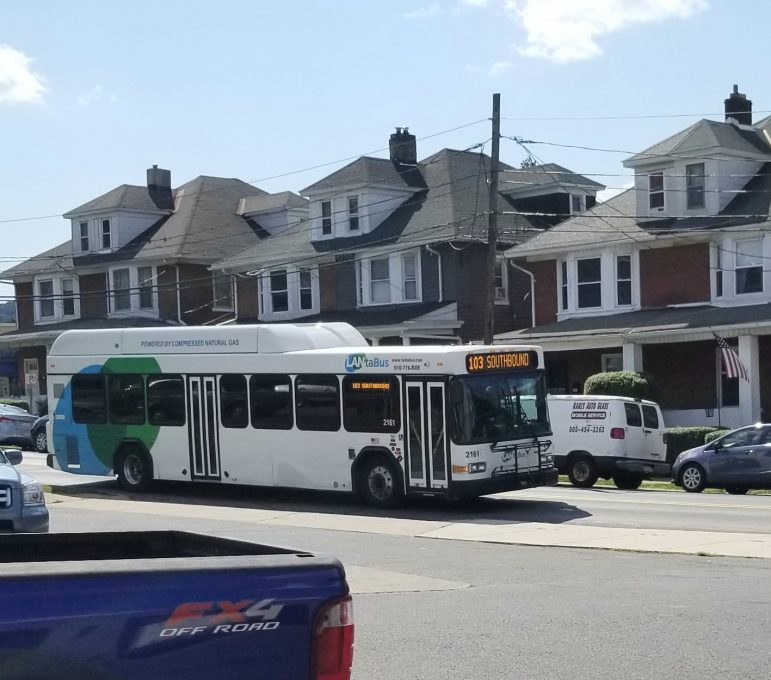 The LANTA bus pulls away from the intersection of Benner Street and Broadway, where it was intercepted by a Fountain Hill police investigator after a woman walked in the street in an effort to impede the bus’s movement along its route.