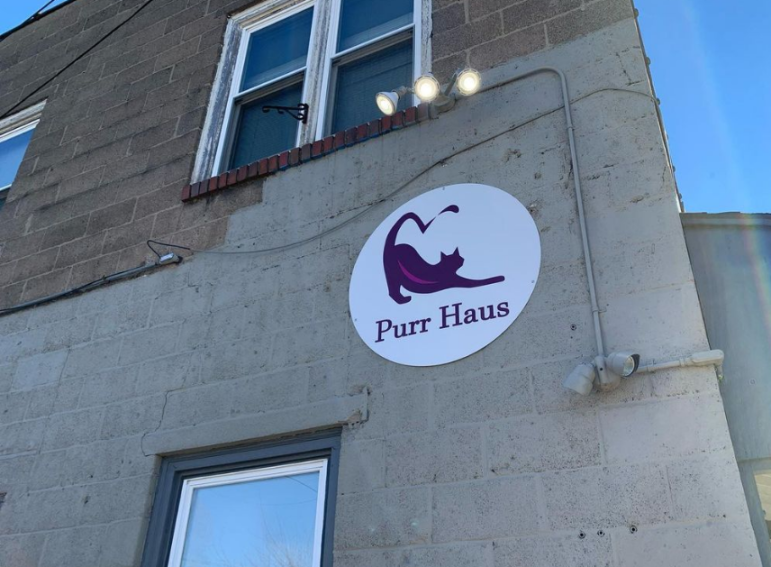 A new boutique in Emmaus hopes area residents will think it’s the cat’s pajamas–and possibly even buy some cat pajamas after it officially opens later this week.

Purr Haus, which is located at 27 S. Seventh Street, “carries a carefully curated collection of pet supplies and cat-themed apparel, home décor and accessories, with an emphasis on brands that promote cat health and give back to the cat rescue community,” according to a news release.

Owner Laurie Mason said in it that she began planning to open Purr Haus after she and her husband, Tim Schroeder, attended a cat convention in Asbury Park, N.J., in 2018.

“There was a long line outside the convention hall of people eager to get in, and all the vendors were doing brisk business,” Mason said. “I realized that there was a market for the small-batch cat supplies that were being sold there, and that ‘cat people’ like me enjoyed shopping alongside like-minded folks for products that were not only cool, but also supported a cause.” 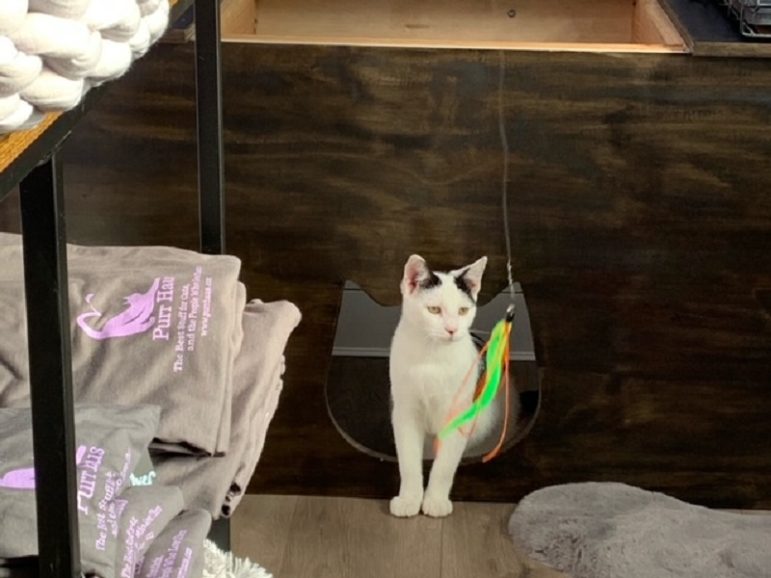 Curiosity is a welcome behavior at Purr Haus, a new boutique for cats and the people who love them in Emmaus.

A former Morning Call crime journalist and a self-professed lifelong cat lover, Mason recalled that she and Schroeder received “a crash course in cat rescue” shortly after moving to the Lehigh Valley a decade ago.

When a mother cat and three kittens appeared in their yard that summer, they scrambled to try and catch them in order to help find them homes. Before they were able to do that, however, the mother cat became pregnant again and one of the outdoor kittens was killed.

“I was calling all these cat rescue organizations and hearing how their shelters were full and their bank accounts were empty,” Mason said. “I was unaware of how big the homeless cat problem was.”

Mason and Schroeder ended up adopting the surviving kittens and finding their mother a foster home in which she was safely able to deliver her next litter.

Meanwhile, the news release noted, she was able to channel her newfound interest in cat rescue by regularly writing about local animal welfare organizations for the newspaper.

“I often joke that when I write my autobiography, I’m going to title it ‘From Murder to Meow,'” she said. “Being a reporter is very stressful, and there were some nights, especially after a covering a homicide trial with child victims, that the only thing that would allow me to decompress enough to sleep was holding a purring cat in my lap. I’ve talked to a lot of people who find having cats around to be therapeutic.”

According to the news release, the “Haus” in Purr Haus is a nod to the area’s German-American history, and Mason plans to distinguish the boutique from “big box pet supply stores” by offering “a surprising mix of items for both pets and people.”

“You’ll be able to pick up Dezi and Roo cat toys, which are designed by veterinarians, as well as a t-shirt from Kittees, a woman-owned California company that donates a percentage of their profits to no-kill shelters, or a backpack cat carrier from Travel Cat that makes your kitten look like a little astronaut when he’s going to the vet,” she said. “On another shelf, you’ll find wine glasses etched with clever cat artwork next to tonics from the Two Crazy Cat Ladies, a Las Vegas firm that makes holistic flea-prevention solutions and other remedies; plus cat beds, scratchers, cat print scarves, handbags and hats for humans, and lots of other unique gifts.” 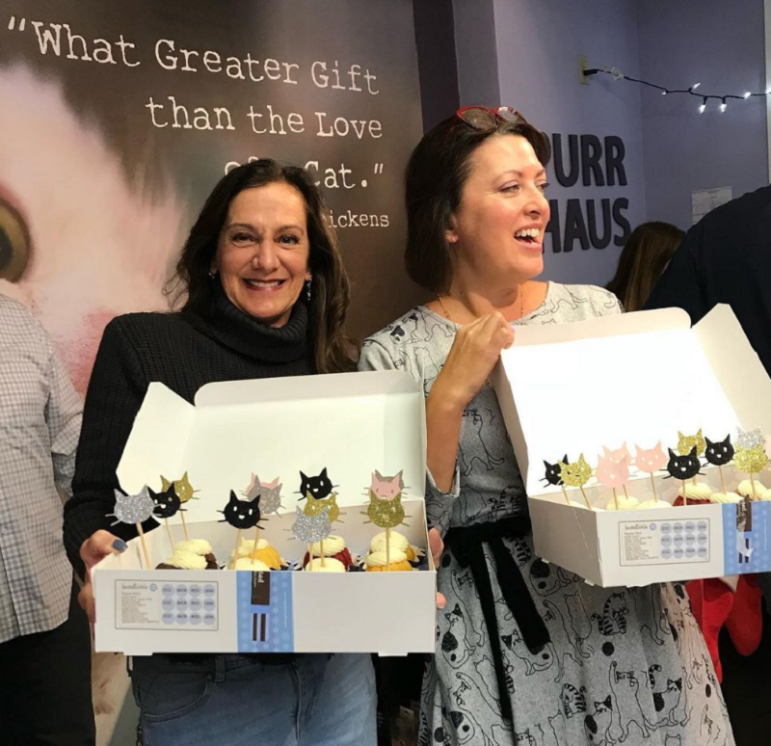 Laurie Mason (right) and a friend pass out cat-themed cupcakes at a recent event celebrating the opening of Purr Haus, Mason’s new cat-themed boutique in Emmaus. The shop will officially open for business this weekend.

Mason said she’s enjoyed fostering homeless kittens and that she intends to continue her work with rescues at the boutique; for example, by inviting feline rescue groups to visit with adoptable kittens and by setting aside part of the store as a “rescue resource” area, where nonprofits will be able to post photos of cats and kittens that are available for adoption and share other information.

She added that she hopes to partner with other local businesses–such as breweries–on cat rescue fundraisers as well as donate a percentage of every Purr Haus branded t-shirt and baseball cap sale to a featured cat rescue organization.

“Cat people are a passionate breed,” Mason said. “They don’t just care about their own pets, but are (also) concerned with the plight of all cats.”

Purr Haus’s official opening day is this Saturday, Nov. 27, when the business will host a grand opening and ribbon-cutting ceremony with Emmaus Main Street Partners from 10 to 11 a.m. (ribbon-cutting at 10:30 a.m.). The shop will also host a Black Friday soft opening featuring refreshments and door prizes on Friday from 11 a.m. to 5 p.m.