Ninety-nine years ago, the residents of the Lehigh Valley were just as excited for Thanksgiving as they are today, according to historic newspaper clippings from 1922.

In the Roaring ’20s, just like today, football was a big part of holiday celebrations.

Much more common than they are today were Thanksgiving Day high school football rivalry games, including one that featured teams from Bethlehem and Allentown tearing up the gridiron. Bethlehem won the matchup before “an immense crowd,” according to a Dec. 1, 1922 Morning Call story.

“Bethlehem High School’s football eleven, through excellent teamwork and aggressive playing, yesterday defeated the Allentown High School eleven by a score of 19 to 0,” the article said. “Estimates of the attendance at the game ran all the way from twelve to fifteen thousand, but certainly it was one of the largest crowds that has ever seen a game at Taylor Stadium.”*

In Hellertown, the holiday was observed with a Thanksgiving program at Hellertown High School which featured musical selections, a recitation of the “Meaning of Thanksgiving” and a reading of “The Landing of the Pilgrims,” according to a Nov. 30, 1922 Morning Call article.

Earlier in the century, Thanksgiving was a day for running in South Bethlehem, and feasting on turkey at Coopersburg’s Hotel Barron, stories from November 1911 reported.

News about a Thanksgiving program in Hellertown appeared in the Thursday, Nov. 30, 1922 edition of The Morning Call. 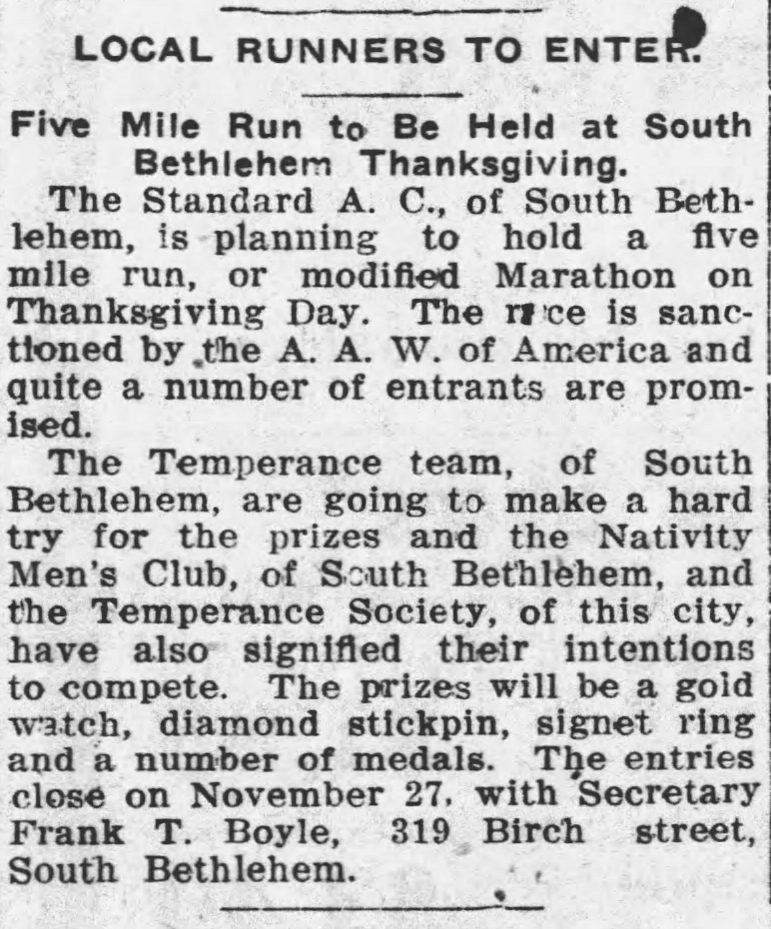