Most of the patients being treated for COVID in local hospitals aren’t there for other reasons, St. Luke’s University Health Network officials said in a news release Thursday; a statistic they said “contradicts the recent public narrative that most hospitalized COVID inpatients tested positive for the coronavirus incidentally only after being admitted to the hospital for other reasons.”

The release indicated that “approximately 80 percent of COVID-positive patients currently in 11 St. Luke’s University Health Network hospitals in Pennsylvania and New Jersey were admitted because of COVID, according to an analysis by the Network.”

“We want to set the record straight,” said Jeffrey Jahre, MD, St. Luke’s Senior Vice President of Medical & Academic Affairs and Section Chief Emeritus of Infectious Diseases, in the news release. “St. Luke’s as a national leader in COVID care took the initiative to study this issue and share its findings with the public that the Omicron variant is indeed a serious health threat. It is putting an enormous strain on the country’s public health infrastructure and is disrupting life throughout the nation.”

The news release noted that this week, Massachusetts officials began requiring hospitals in that state “to differentiate between patients they admit primarily for COVID and those admitted for something else, but who ended up testing positive” with the idea behind the direction being “to give the public a better understanding of how many people are in the hospital because of the virus.”

Initial findings are scheduled to be released by the Massachusetts Department of Public Health Jan. 17. 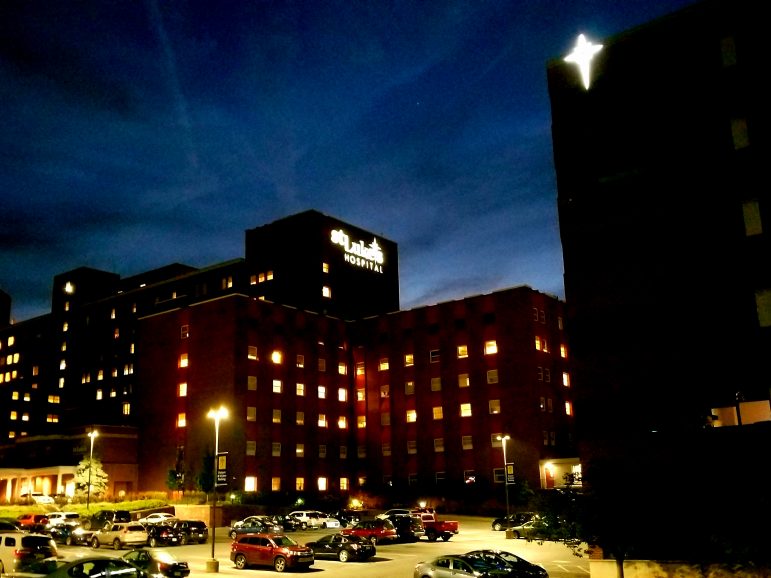 Pennsylvania has not issued a similar directive, and St. Luke’s officials said their analysis was performed independently, with the data from it shared “as a public service.”

“When people are armed with the facts, real facts, they are more likely to take the appropriate steps to protect themselves and our community’s most vulnerable members,” Jahre said.

>>Love our news? Support it by becoming a Saucon Source member!

St. Luke’s said it currently has approximately 400 COVID-positive inpatients throughout its hospital network, including several dozen patients who are hospitalized in its ICUs.

The news release noted that “more than 1,800 Americans died of COVID yesterday (Jan. 12);” a figure that according to public health data reported by the New York Times represents a 51 percent increase from two weeks ago.

According to U.S. Department of Health & Human Services data reported by the website CovidActNow.org, there were nine deaths from COVID in Lehigh County yesterday and eight in Northampton County, and in both counties deaths from COVID are at their highest level since February 2021.

As of Thursday there were 175 patients hospitalized with COVID in Northampton County, of whom 21 were hospitalized in intensive care units, according to Covid Act Now data.

With 65 adult ICU beds in county hospitals, and 41 occupied by non-COVID patients, the county’s remaining ICU capacity is only 5 percent, according to the data.

The numbers in Lehigh County are similarly concerning, with 254 people hospitalized with COVID, including 47 in ICUs. Lehigh County hospitals have a total of 115 adult ICU beds and 59 are occupied by non-COVID patients, so the available capacity is 8 percent.