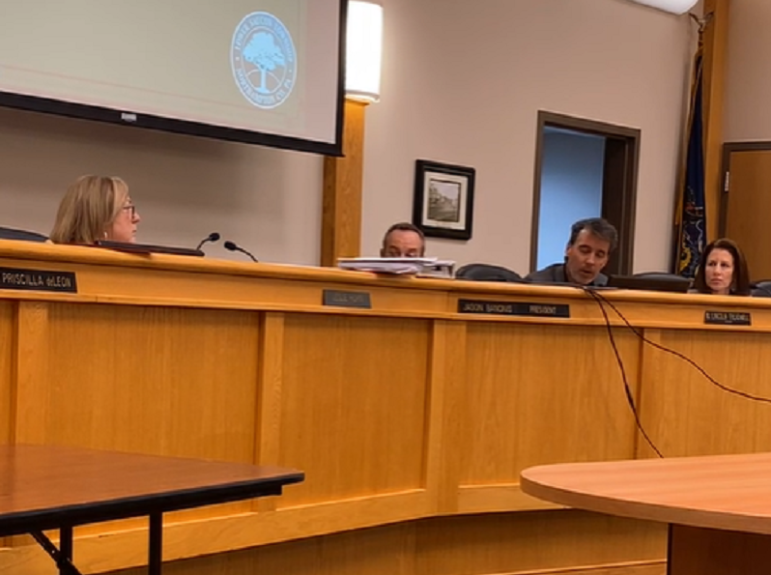 Lower Saucon Township Council voted 4-1 Jan. 19 to donate $50,000 to the Hellertown Area Library instead of approving a five-year library service agreement that would have cost roughly 10 times that amount over the life of the agreement. Council members Jason Banonis, Tom Carocci, Jennifer Zavacky and Sandra Yerger voted in favor of the donation, while councilwoman Priscilla deLeon opposed the motion because she said supported the five-year agreement. The next Lower Saucon Township Council meeting will be held Wednesday, Feb. 16 at 6:30 p.m. at Lower Saucon Town Hall. (FILE PHOTO)

Despite hundreds of people showing support for Hellertown Area Library (HAL), Lower Saucon Township Council turned a deaf ear and passed a motion Jan. 19 to send a donation instead of extending the current agreement with them. This would cut over $55,000 from the library budget and may reduce their state funding because they will no longer be serving the same population.

Pouring salt on the wound, they passed another motion to send a $50,000 donation to Southern Lehigh Public Library. This was with absolutely no discussion or reasoning. One email received from a resident was cited as their due diligence for that decision; however, a donation is not an agreement and does not mean library services would be provided for our residents. It is unclear whether they will accept this donation. I hope they do not, as our tax dollars should be used to support our community, not another.

The final blow was passage of another motion threatening litigation against HAL if they refuse services to residents after the current agreement expires. These crass actions have caused much distress and fractured the relationship between Hellertown and the township. We are neighbors who share a school district. This pack of council members has caused serious damage and they should resign.

The egregious actions of four members of Lower Saucon Township Council almost ended residents’ access to HAL or other state funded libraries. Council President Jason Banonis and his cronies pointed fingers at everyone else for not having a finalized agreement. On Jan. 30, 2022, HAL graciously voted to continue service through February while an effort to sign an agreement continues, although it was not clear where state/district services could also be extended without an agreement.

An olive branch has been extended and we expect our leadership to respect the wishes of their constituents by signing an agreement and restoring full funding to our community library ASAP.