A Springfield Township dog owner will be cited under the state’s dog law for allegedly allowing a dog to enter a neighbor’s property, Pennsylvania State Police at Dublin said.

According to a news release the barrack issued Wednesday, the alleged incident occurred Tuesday in the 1100 block of State Road. 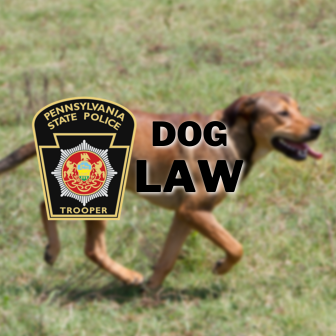 After police were dispatched for a complaint there, they were shown “pictures of the dog trespassing,” the news release said.

Troopers said they then attempted to visit the dog owner’s home, where they said they observed the dog that was photographed.

“The dog’s owner could not be contacted as a pack of dogs was observed roaming and protecting the property,” the news release said.

Note: All individuals charged in connection with a crime are presumed innocent until proven guilty in a court of law. This story was compiled using information from Pennsylvania State Police.