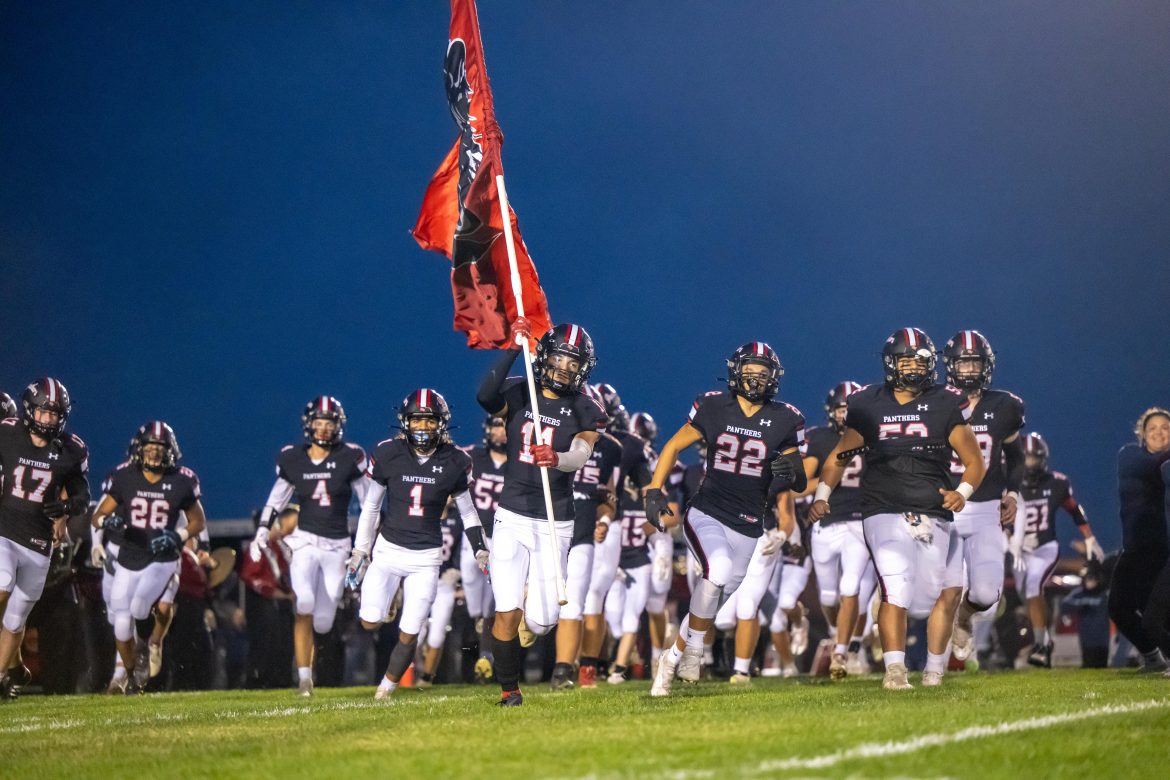 The Saucon Valley Panthers welcomed the Northwestern Lehigh Tigers to town on Friday night for a gridiron battle.  It was a contest between a couple of teams seemingly heading in opposite directions.  The Tigers have won their last three games, while the Panthers have dropped their last two.   Last year the Tigers mauled the Panthers Tiger 42-14.  It was nonetheless an opportunity for Saucon Valley to get back on the winning track.

The Panthers won the coin toss and opted to defer their option to the second half.  Northwestern took possession of the opening kickoff at their own 23-yardline.  The Tigers forged ahead to score the game’s first touchdown in less than two minutes.  The 77-yard drive was highlighted by a 51-yard run by the Tigers’ Landen Matson.  It was Northwestern Cade Christopher, however, who punched the ball into the end zone on a quarterback counter for the score.  The PAT by Kian Osborne was good and with 10:21 left to play in the first quarter the Tigers jumped out to a 7-0 lead. 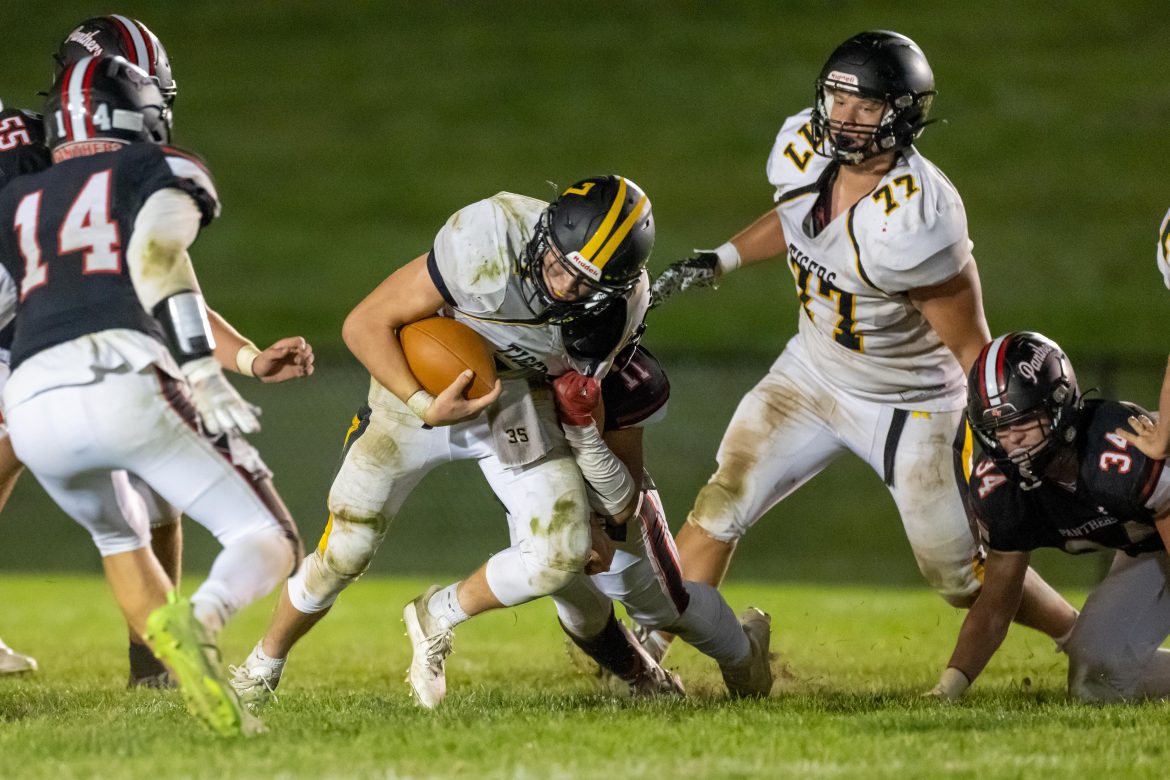 Northwestern Lehigh’s Dalton Clymer proved to be a workhorse against the Panthers.

The Panther offense struggled to find a rhythm and both teams exchanged punts.  Northwestern did find points again on the heels of a 44-yard drive during the last minute of the first quarter.  After eight straight running plays, Dalton Clymer went Wildcat and powered the ball up the gut for the 2-yard score.  Osborne’s kick was again good and Northwestern closed out the first quarter with a 14-0 advantage.

The Panther offense continued to sputter and the Tiger offense was on the prowl for points at Saucon’s 7-yardline after a 58-yard drive.  However, an errant shotgun snap was recovered by Saucon Valley’s Bret Sheasley and the Tigers quest for more points ended.  The Panthers looked like they were finding a groove as they moved the ball into Tiger territory to the 38-yardline.  It was there that Saucon’s offensive effort ran out of steam and they turned the ball over on downs. 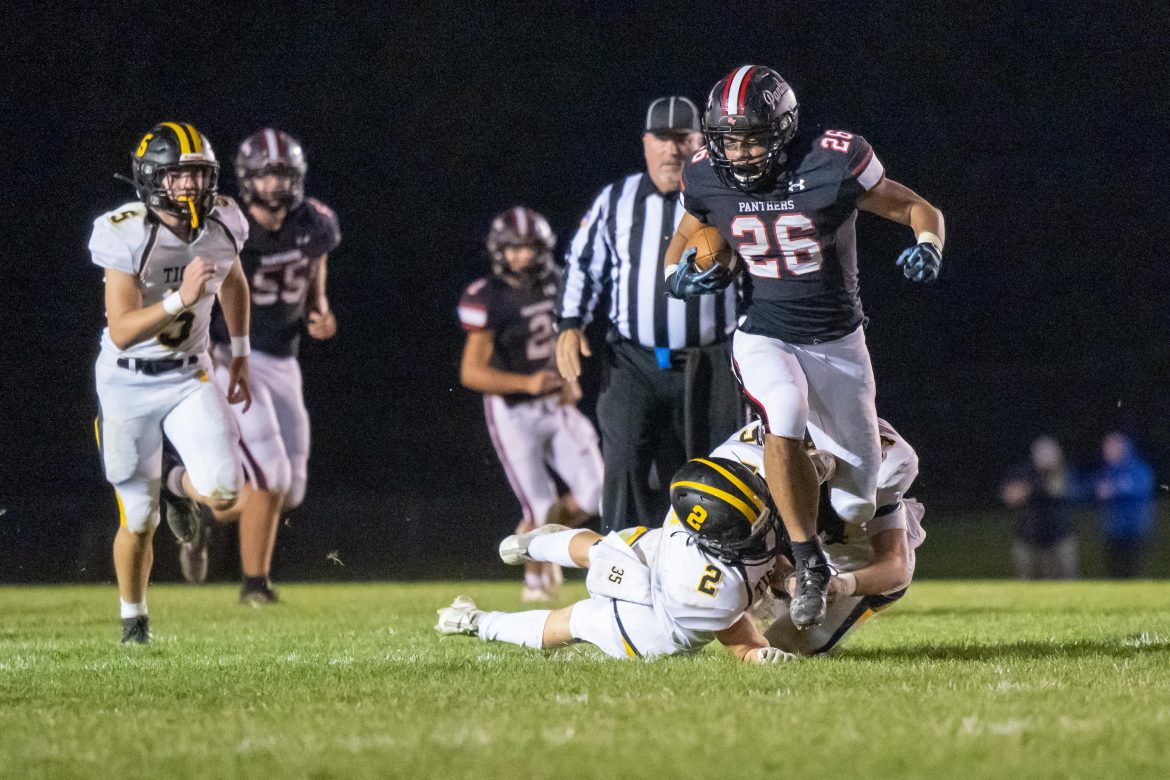 It was no harm done as the Tigers went three-and-out punt and gave the ball right back with about two minutes left in the half. The Panthers regained possession at their own 25-yardline and two plays later Josh Torres seemed to pop the Tiger defense with a 64-yard scamper down to the Tiger 4-yardline.  However, the play was negated by a holding penalty at the line of scrimmage.  The Panthers were ultimately forced to punt and the teams headed to their locker rooms with Northwestern holding a 14-0 halftime lead. 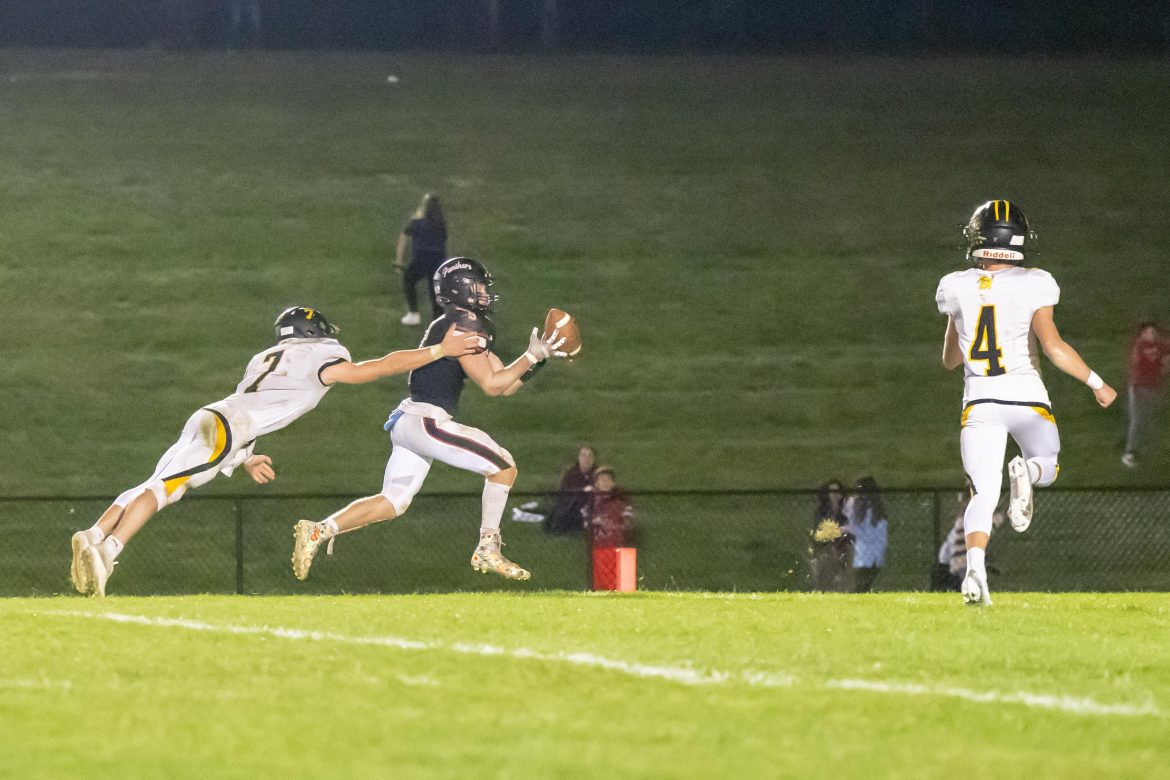 Saucon Valley’s Jared Rohn appears to score a touchdown for the Panthers.

The Panthers started the second half at their own 35-yardline.  Saucon put together a couple of first downs and made their way into the Tiger territory.  Facing a 4th & 1 at the Northwestern 30-yardline, the Panthers were penalized for illegal procedure.  On 4th & 6 from the 35-yardline Panther quarterback Travis Riefenstahl dropped back to pass and found Jared Rohn speeding down the slot.  Rohn seemed to catch Riefenstahl’s pass at the 4-yardline, take a couple of steps and dive into the end zone for the score.  On impact with the ground in the end zone the ball came loose.  The referee ruled an incomplete pass and the Panthers came away empty with 6:57 left in the third quarter. 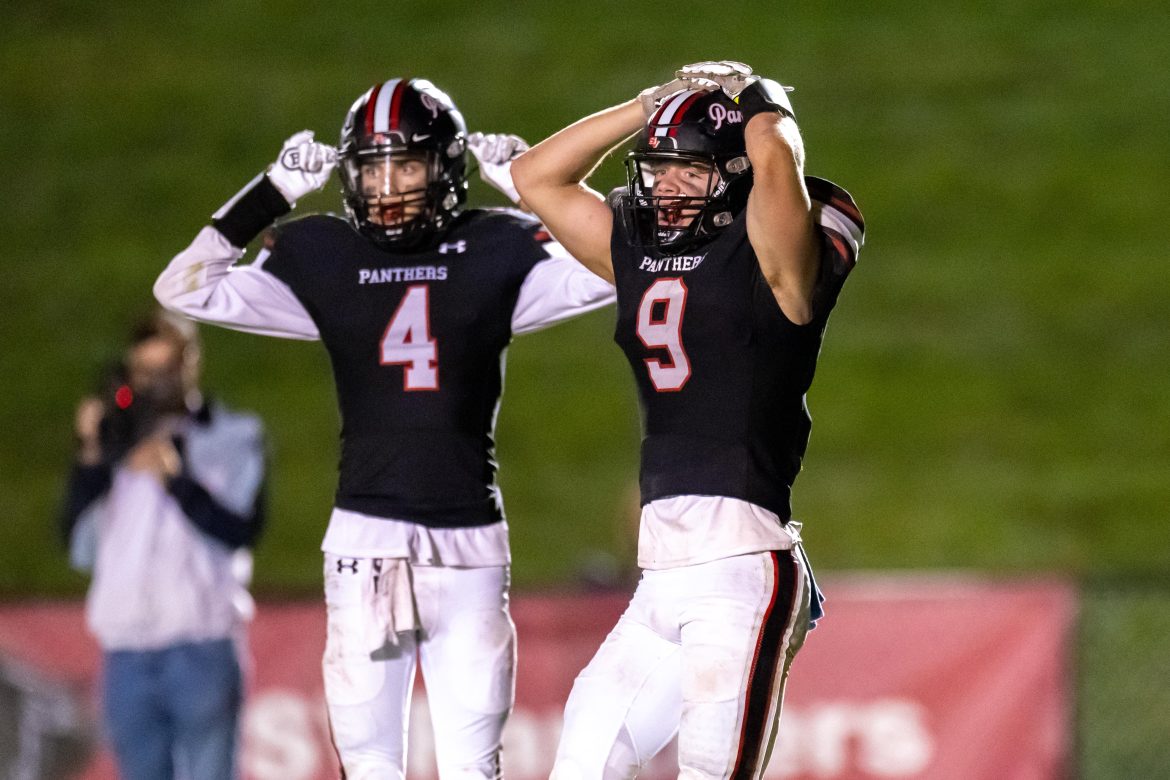 Six running plays later Northwestern pounded their way deep into Panther territory.  On 2nd & goal from the 4-yardline Dalton Clymer once again powered his way into the end zone for his second touchdown of the night.  The PAT missed its mark, but with 11:56 remaining in the game Northwestern Lehigh increased its lead to 20-0.

Saucon Valley was able to put together a late drive that took them down to the Tiger 19-yardline.  However, on 2nd & 10 the Panthers fumbled the ball away to the Tigers.  Northwestern protected the ball, bled the clock and secured their lead for the remainder of the game.  When it was all said and done the Tigers defeated the Panthers 20-0 and dealt Saucon Valley their third straight loss. 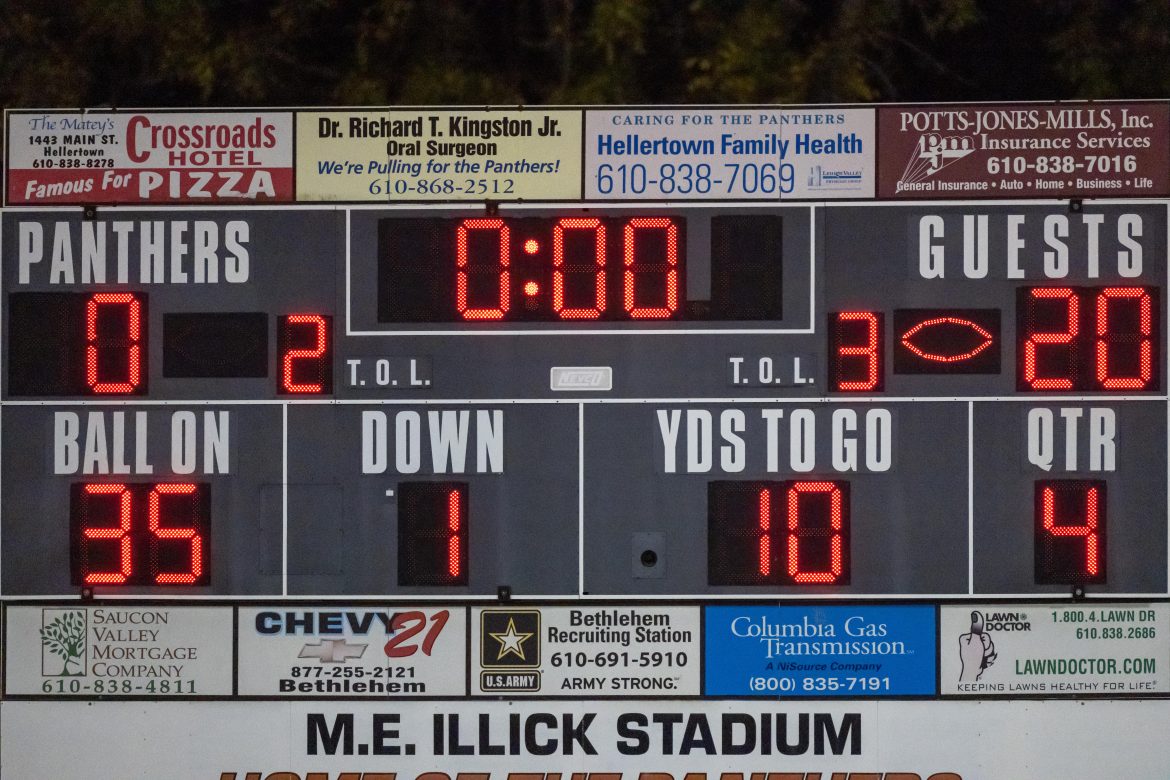 UP NEXT:  The Panthers (2-3) gear up for another Saucon Creek Classic.  The Panthers will hit the road for for a Friday night football fight with the Southern Lehigh Spartans (4-1).  Kickoff in Center Valley is scheduled for 7 p.m. 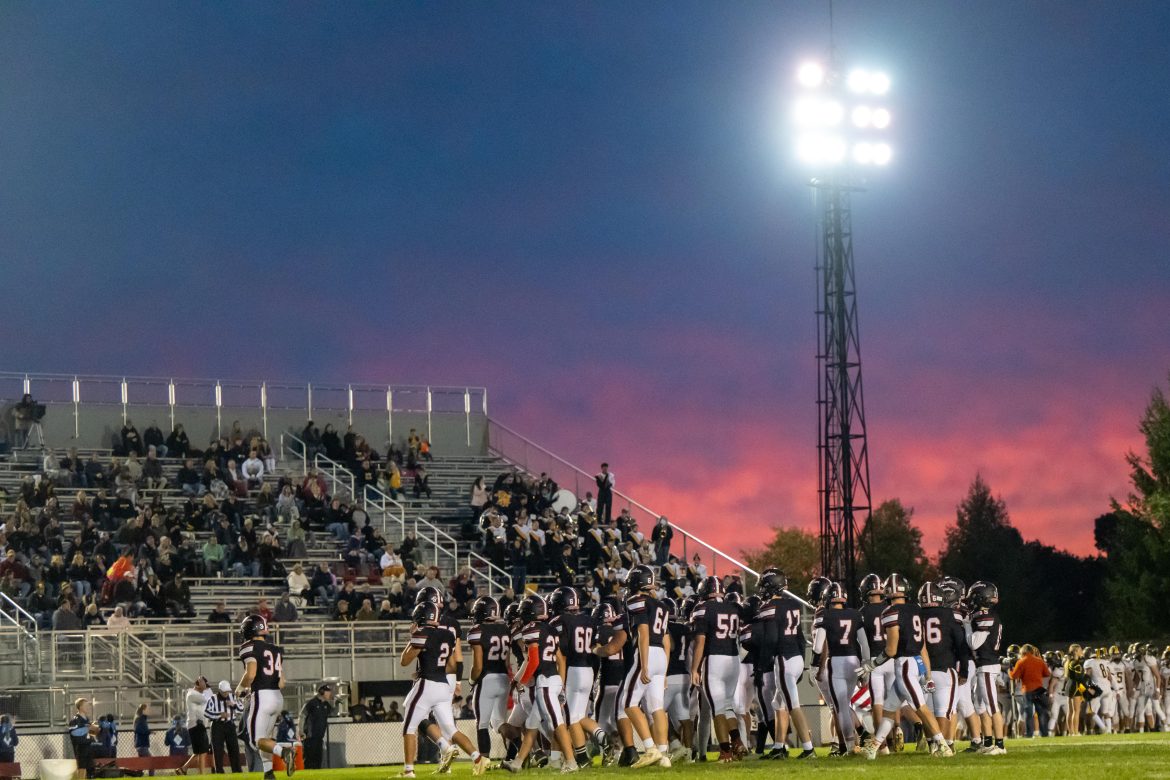 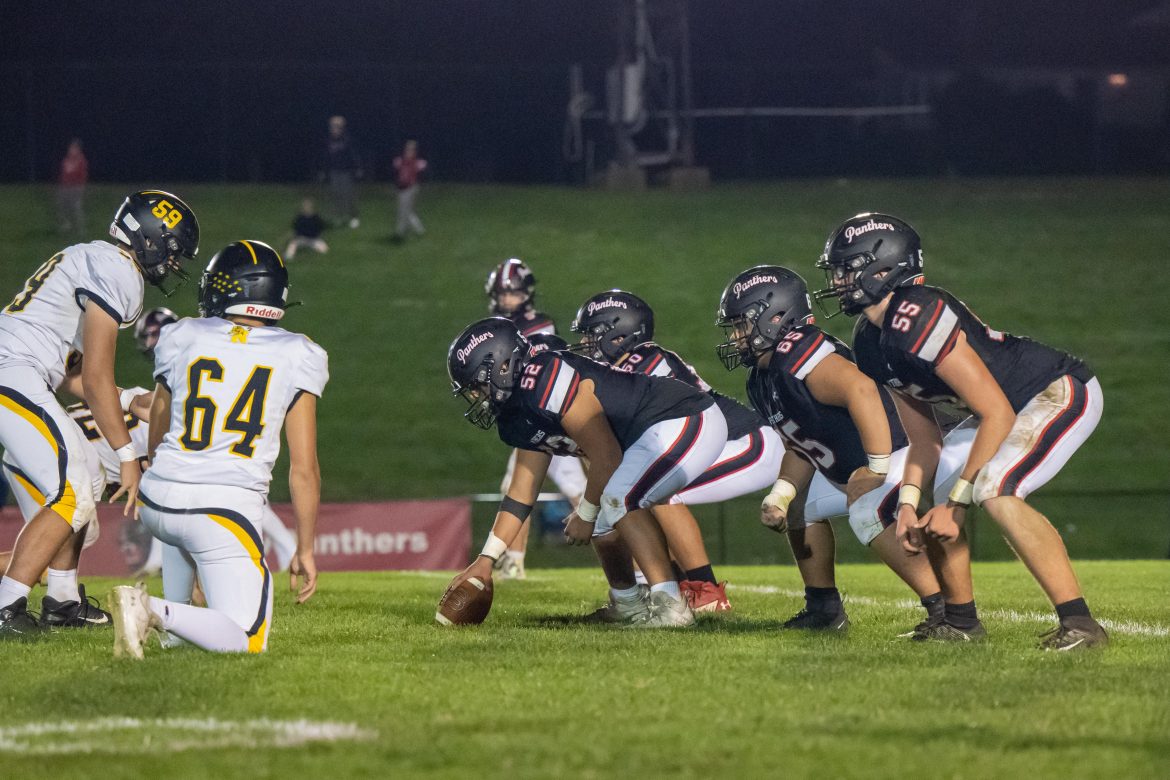 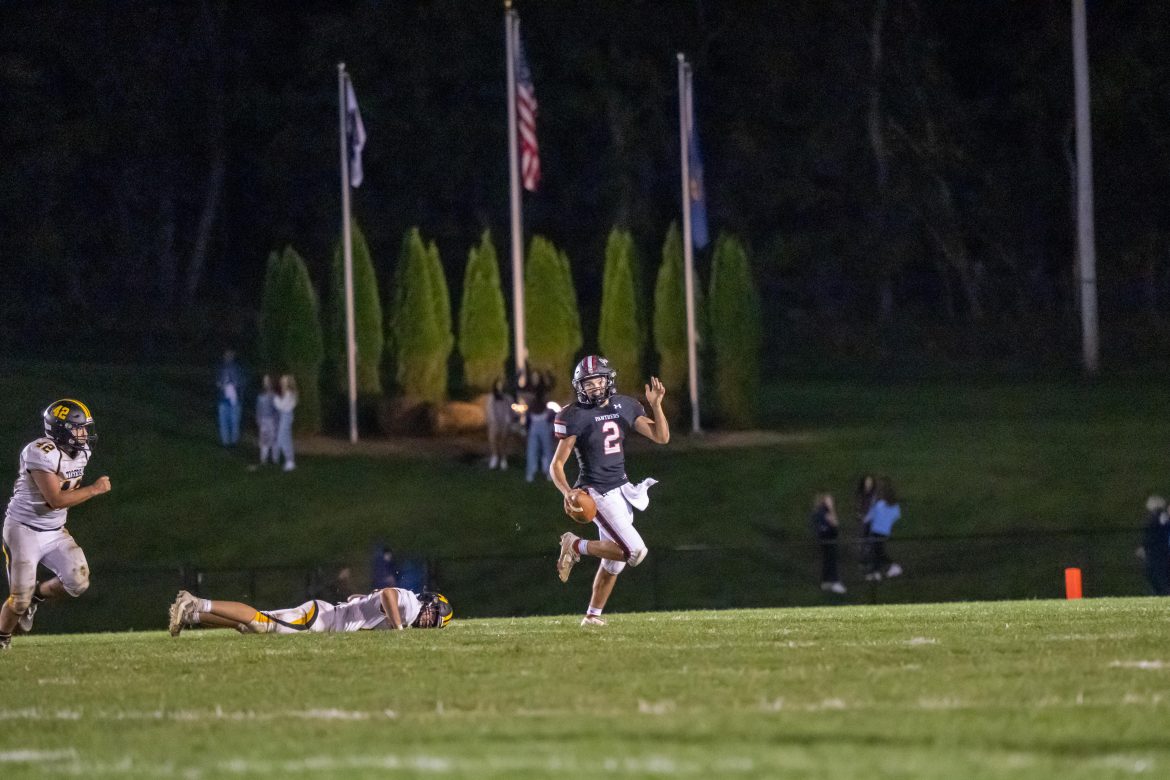 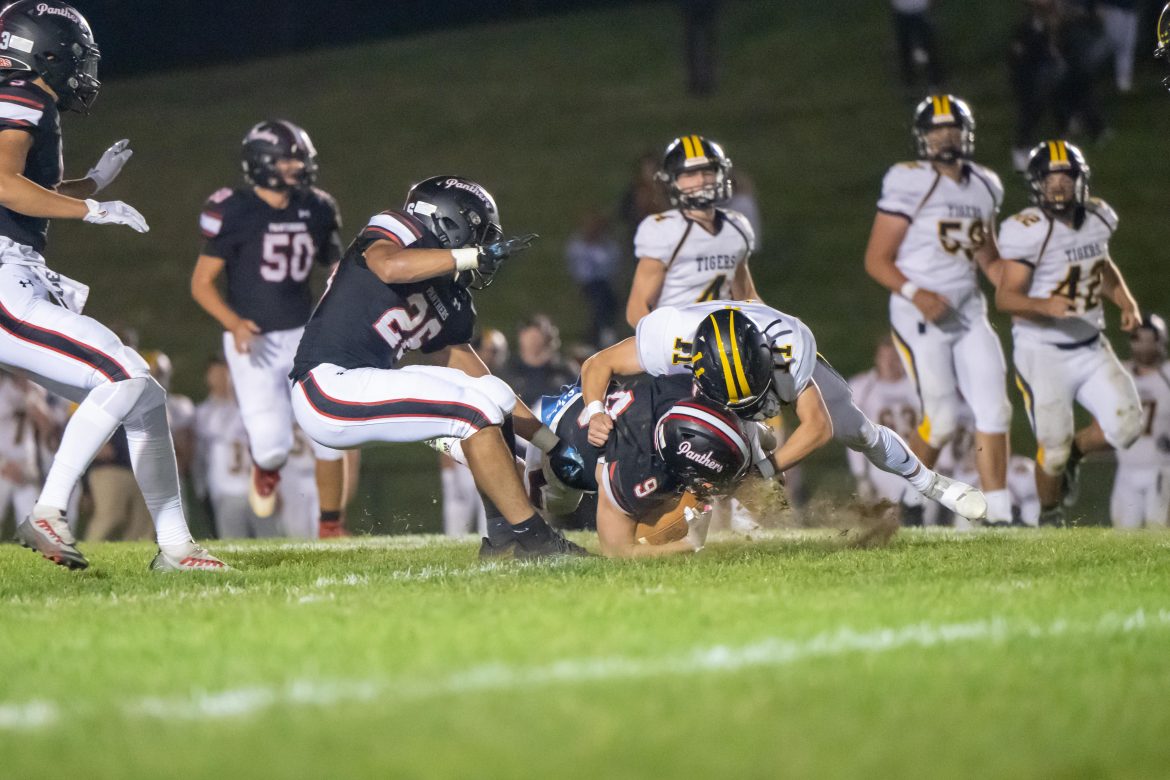 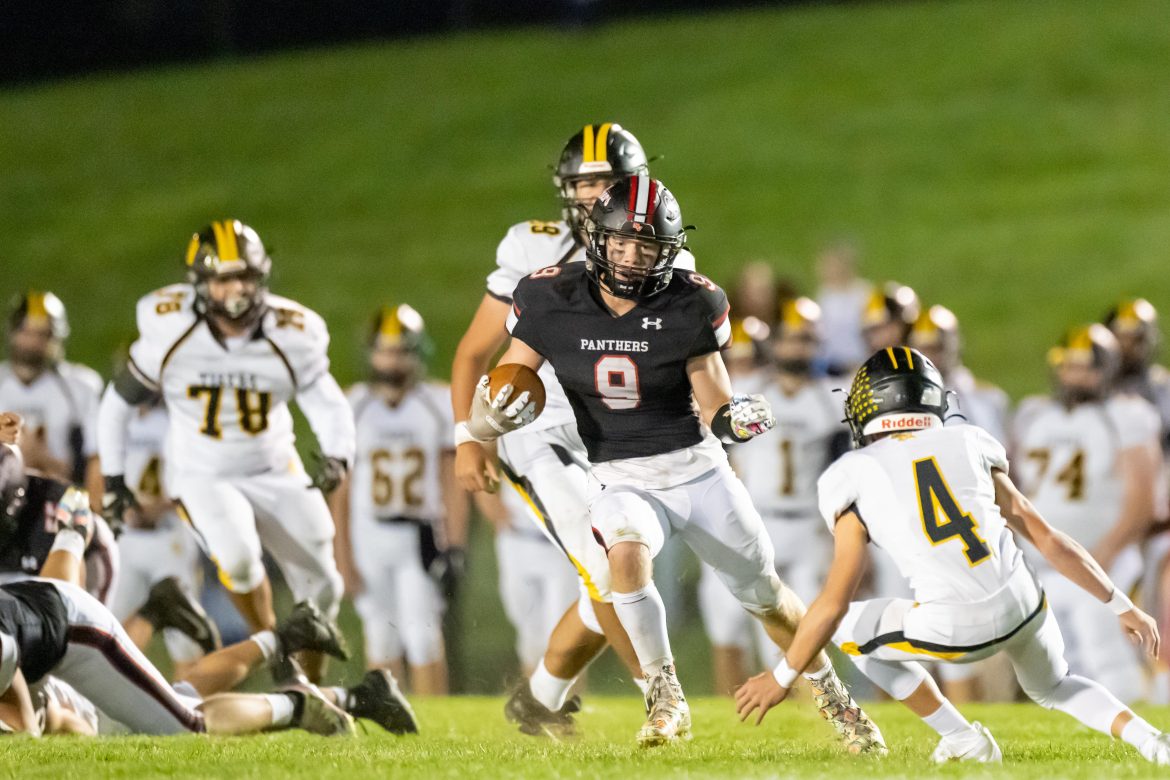 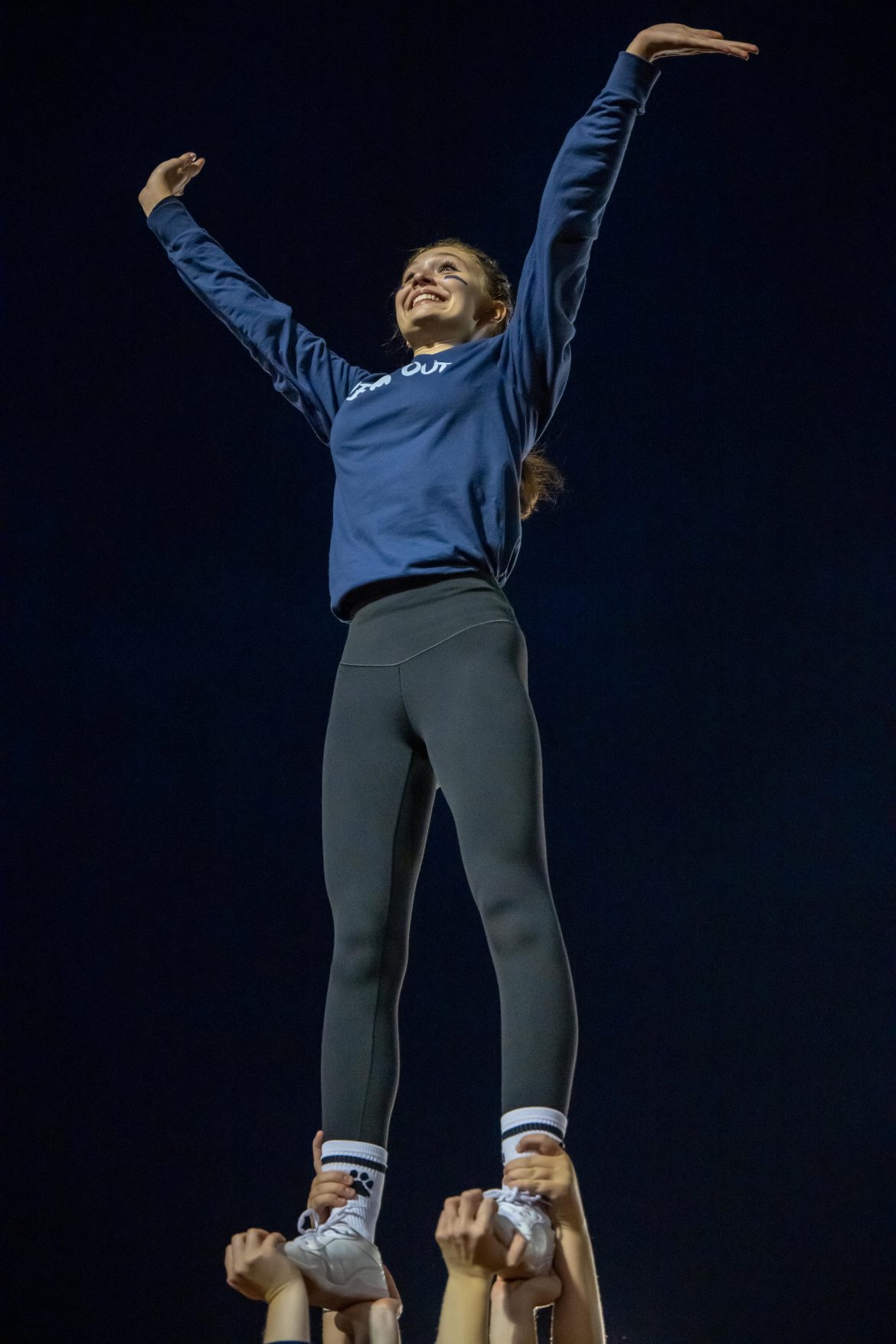 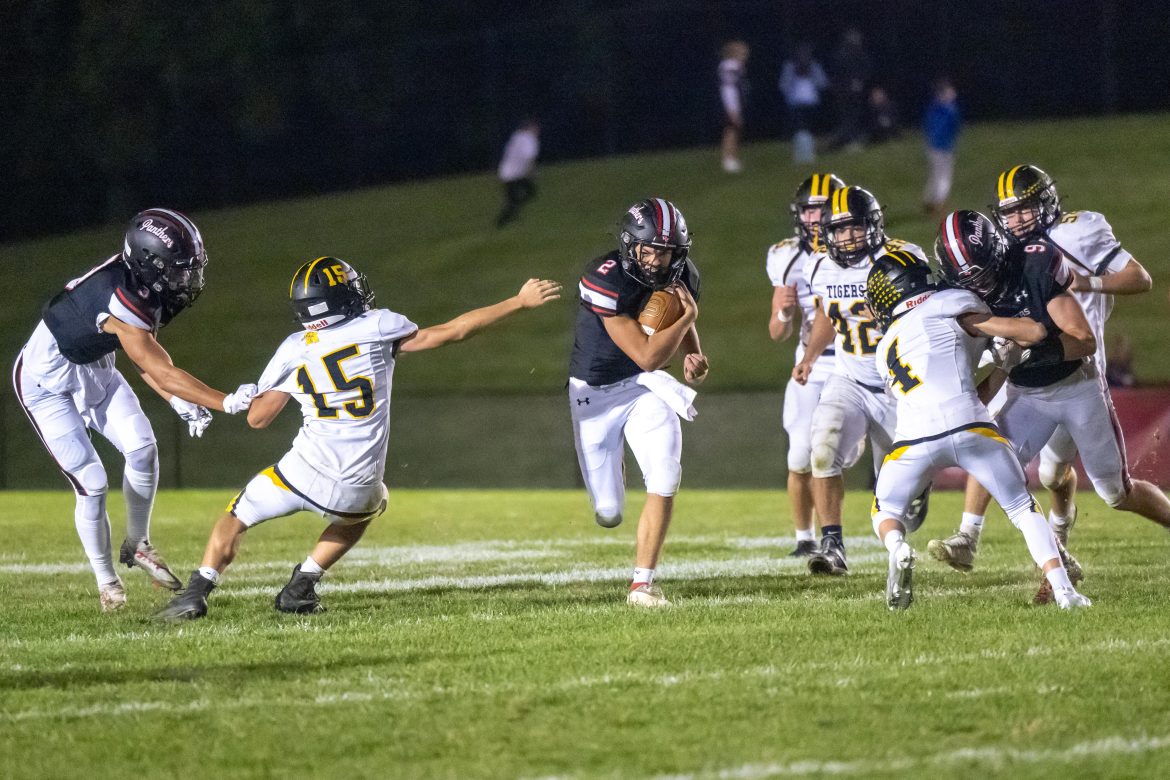 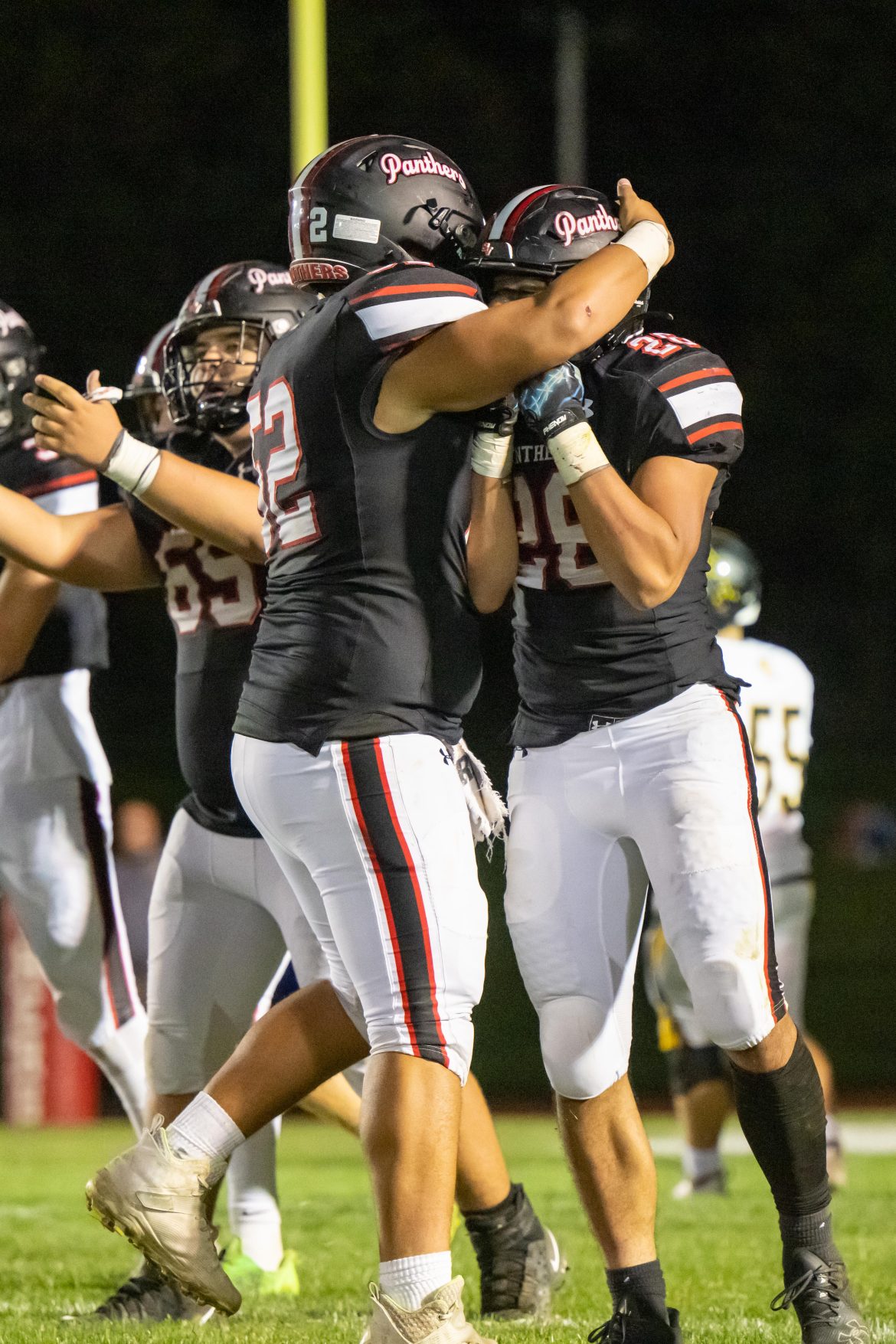 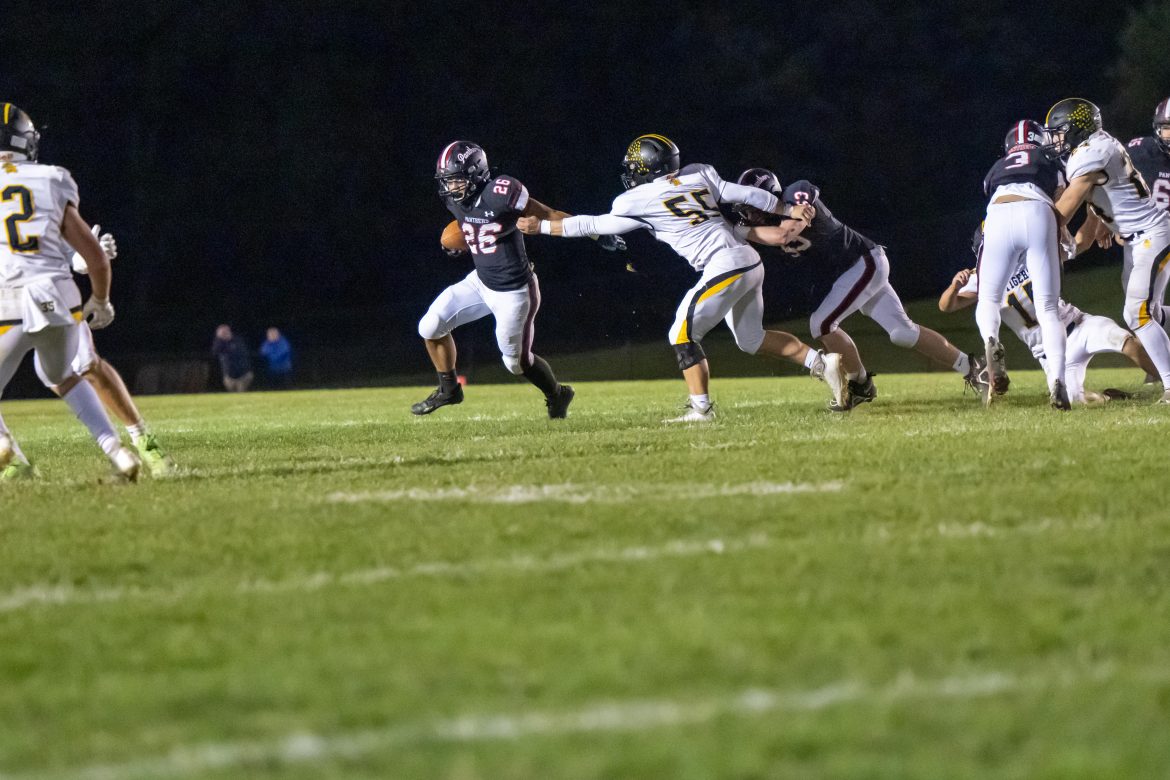 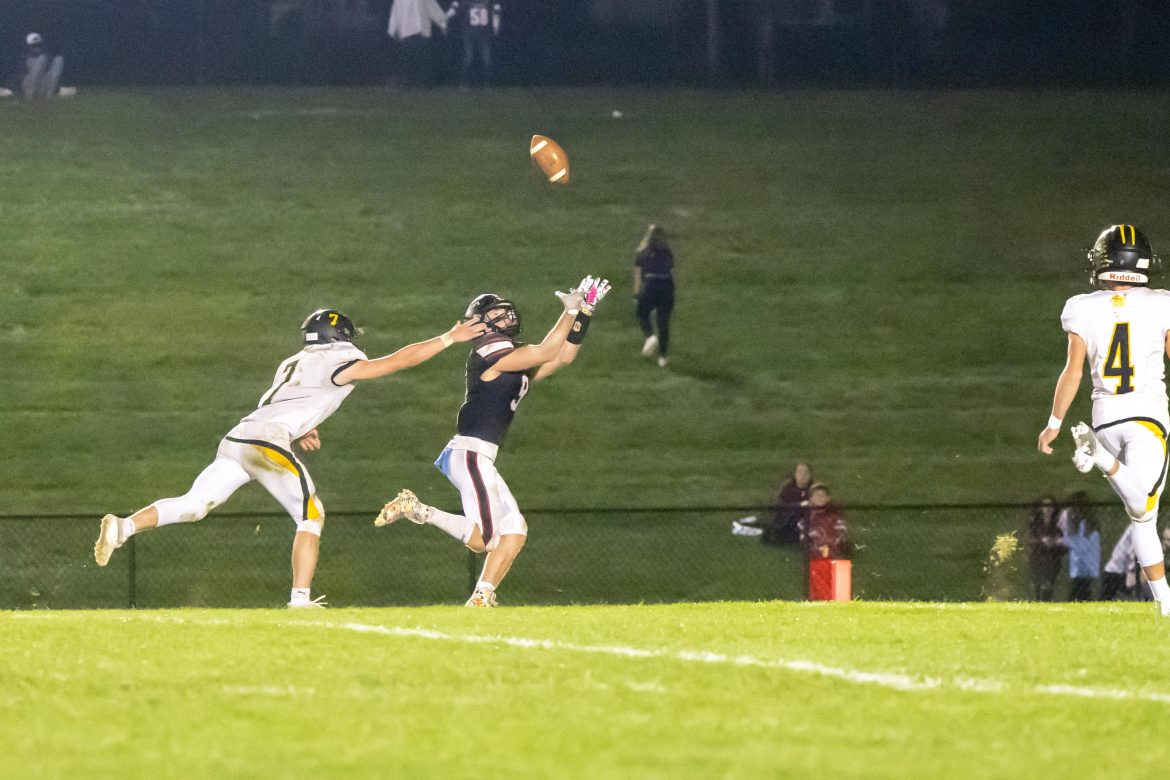 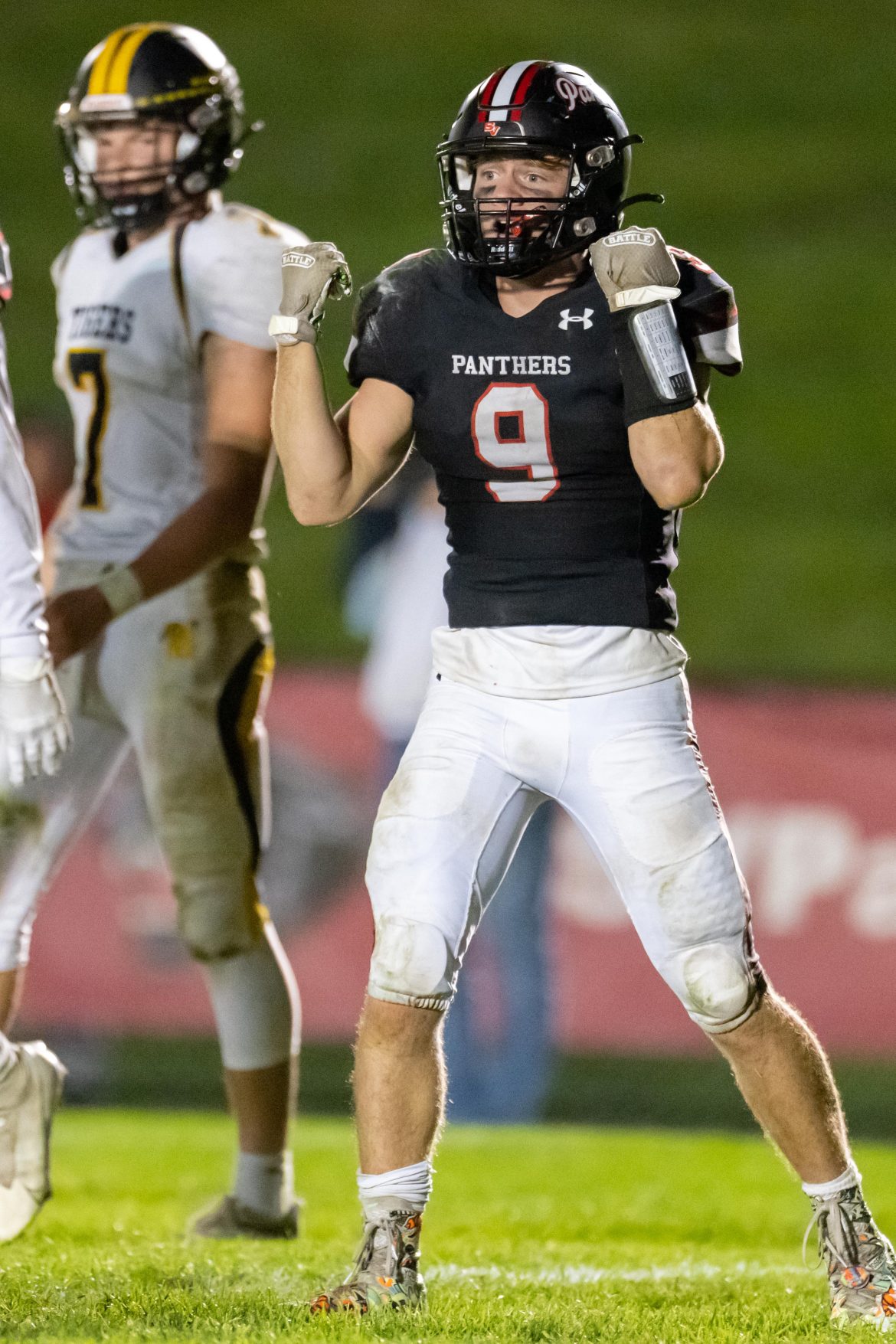 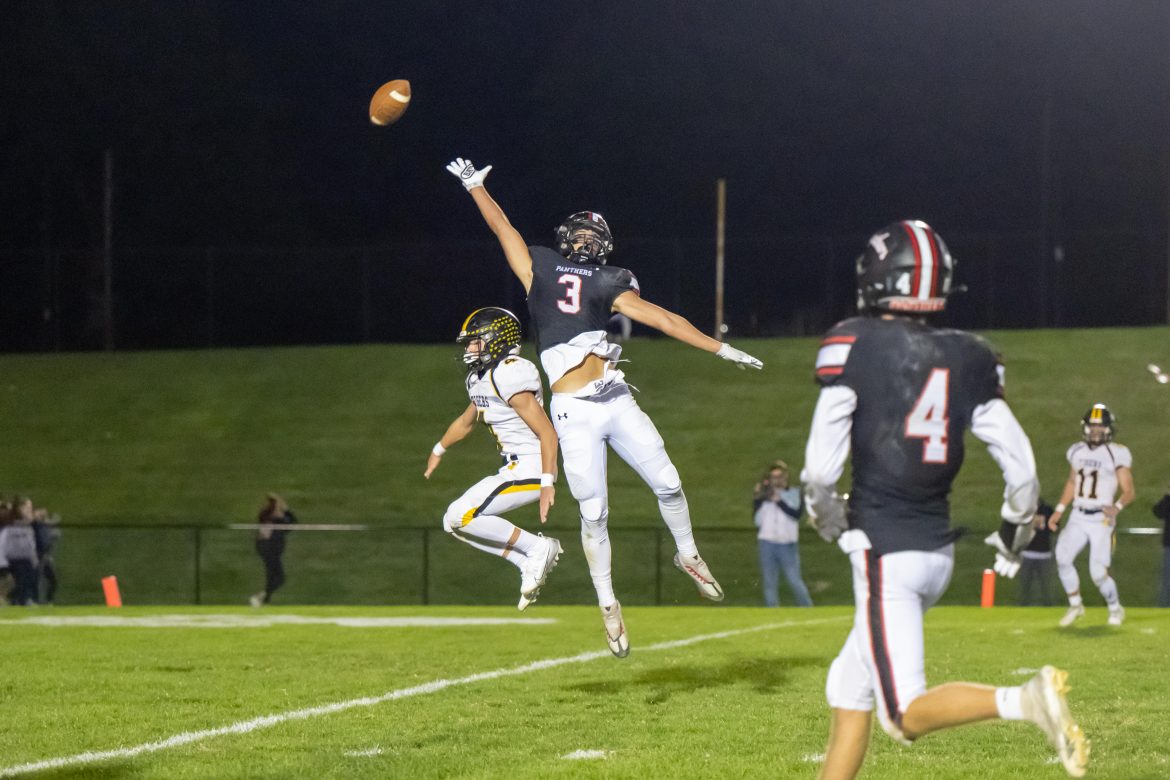 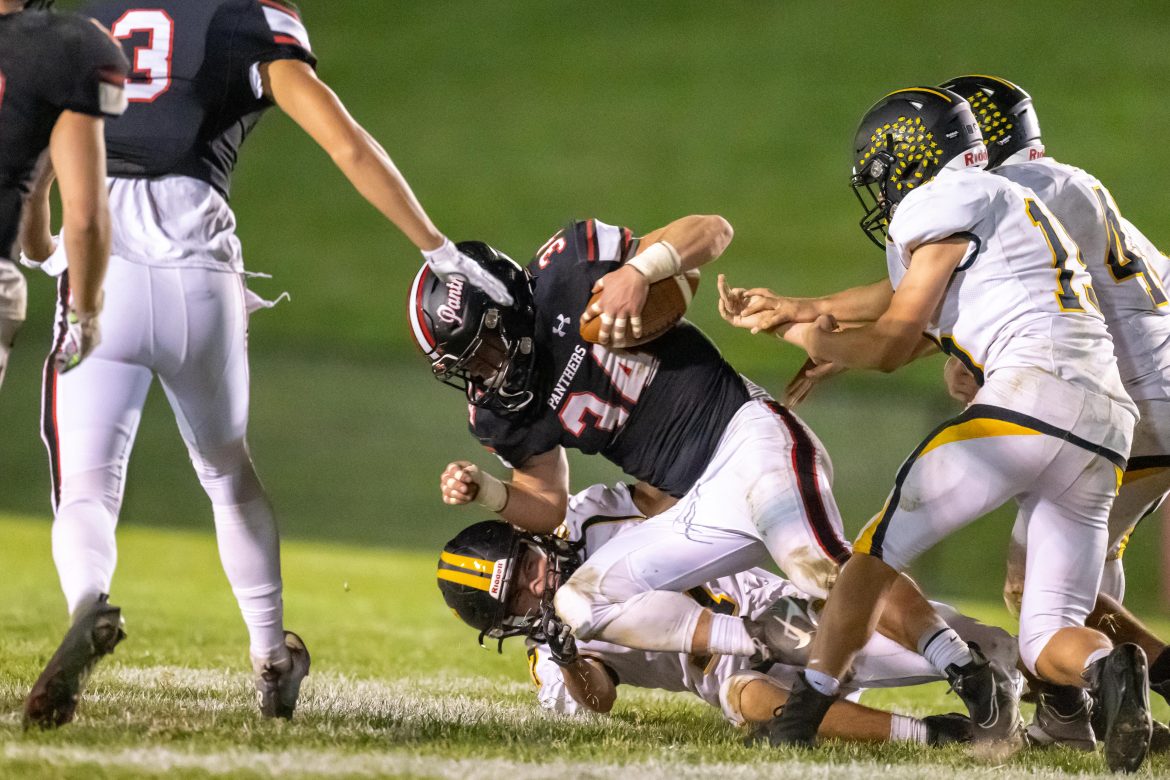 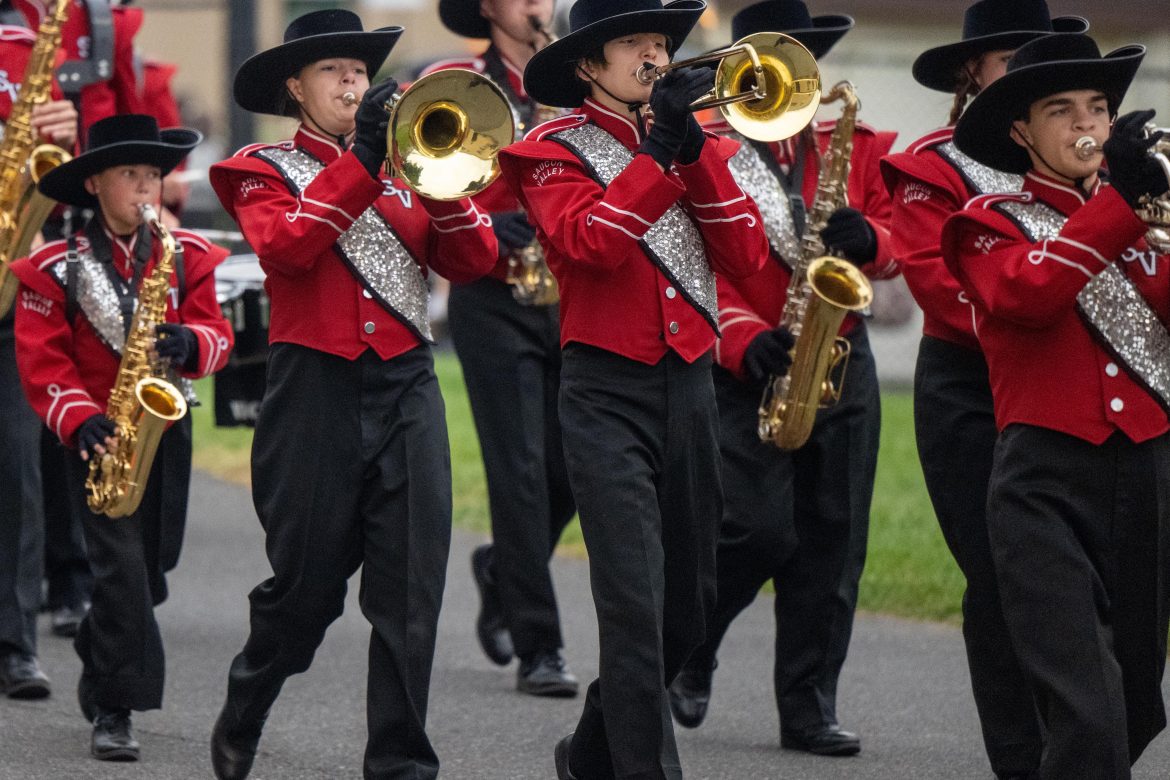