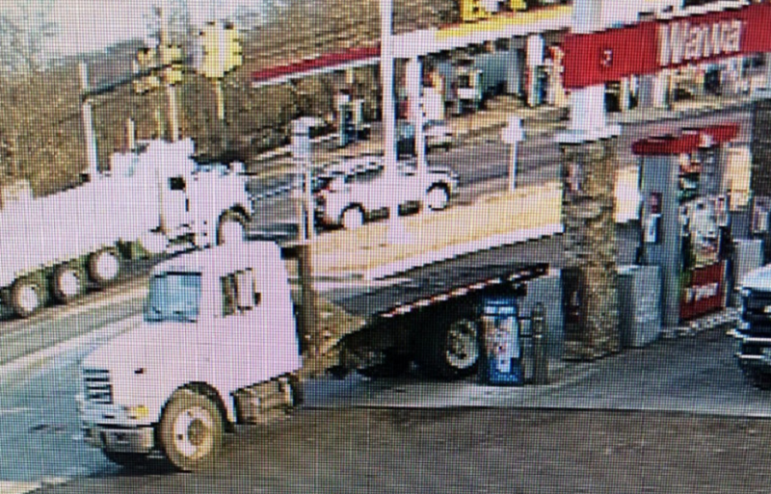 According to police, the driver of the white flatbed truck pictured above stole hundreds of gallons of diesel from the Wawa on Rt. 313 in Hilltown Township Wednesday morning. A second suspect committed the same crime at the same pump less than 90 minutes later, police said. (Credit: Hilltown Township Police)

According to Hilltown Township Police, the Wawa at 320 N. Rt. 313, Perkasie, was victimized in two separate incidents involving unknown suspects, one of which occurred at about 7:45 a.m. and another which occurred at approximately 9:10 a.m.

Police said that in the earlier theft, the driver of a white flatbed-style truck bypassed the payment system at the gas station’s diesel pump by illegally accessing its control unit and then proceeded to steal 342 gallons of diesel.

Less than 90 minutes later, the driver of a white Ford F-150 pickup also bypassed the payment system at the same pump and stole 261 gallons of diesel, police said.

Police did not disclose how the drivers were able to access the pump’s control unit in order to bypass the store’s payment system, but said that they believe the drivers of “both trucks are connected and working together.”

Anyone with information regarding the driver of either truck is being asked to contact Ofc. Adam Brannan of the Hilltown Township Police Department at abrannan@hilltownpd.org or 215-453-6000 ext. 304.

According to the American Automobile Association, the current average price for diesel in Pennsylvania is $5.33 a gallon, which is approximately 50 cents less than it was a month ago but $1.40 more than it was one year ago. 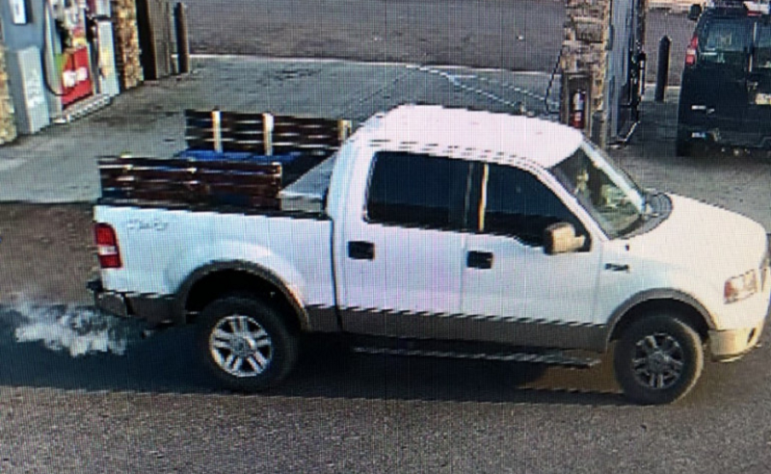 Hilltown Township Police are asking for the public’s help identifying the driver of the Ford F-150 pickup pictured above, who they said is a suspect in the theft of hundreds of gallons of diesel Wednesday from a Rt. 313 Wawa. Another driver is a suspect in a theft that occurred shortly before the theft involving the pickup, police said. (Credit: Hilltown Township Police)