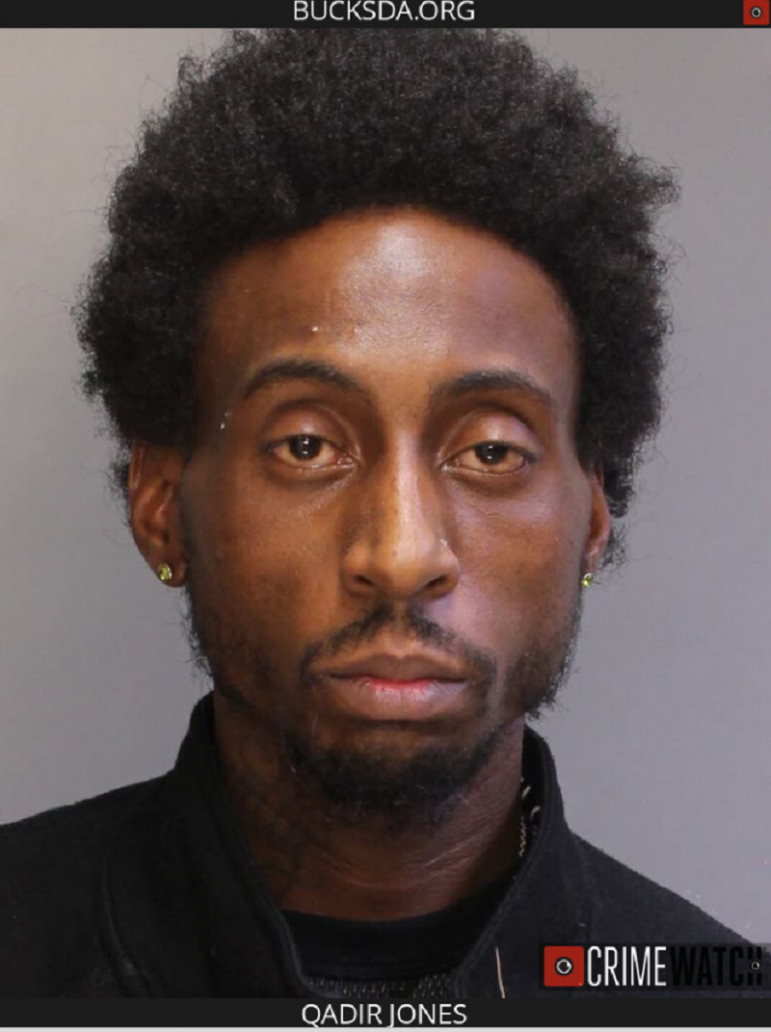 Qadir Jones, 31, was sentenced to state prison for committing a violent assault on his then-girlfriend in Richland Township last January. The Bucks County District Attorney’s office said Jones had previously pled guilty to strangling the woman, who was also beaten before she called 911 to report the assault. (Credit: Bucks County District Attorney’s Office/Crimewatch)

A Philadelphia man was sentenced to seven-and-a-half to 15 years in state prison Thursday for the brutal assault of his then-girlfriend in Richland Township last January.

Qadir Jones, 31, of Philadelphia, received the sentence after entering an open guilty plea Nov. 2 to felony counts of prohibited possession of a firearm and strangulation.

A news release about his sentencing from the Bucks County District Attorney’s office said Jones–a convicted felon–also entered pleas to charges of terroristic threats, simple assault, recklessly endangering another person, possession of drug paraphernalia and possession of a small amount of marijuana.

Bucks County Common Pleas Judge Raymond F. McHugh sentenced Jones to five to 10 years on the firearms offense and two-and-a-half to five years on the strangulation offense, with the sentences to run consecutively, the release said.

According to the DA’s office, Jones was arrested after his then-girlfriend called 911 on Jan. 11, 2022 to report that he had threatened with a knife and beaten her.

When police arrived at her home, the woman had “two black eyes, a swollen jaw, a gash on the back of her head and several marks on her arms,” the news release said.

The woman “told police Jones punched her in the face six to seven times, choked her to the point it was cutting off her breathing and pulled a knife with affixed knuckles on her while she was laying on the bed,” the release said, noting that “he also threatened to kill her.”

The woman was taken to a hospital for treatment and a police officer on patrol in the area of her home later located Jones and took him into custody, the DA’s office said, adding that when Jones was arrested he was in possession of “a pistol, marijuana, a scale and a knife that matched the description of the one he threatened the victim with.”