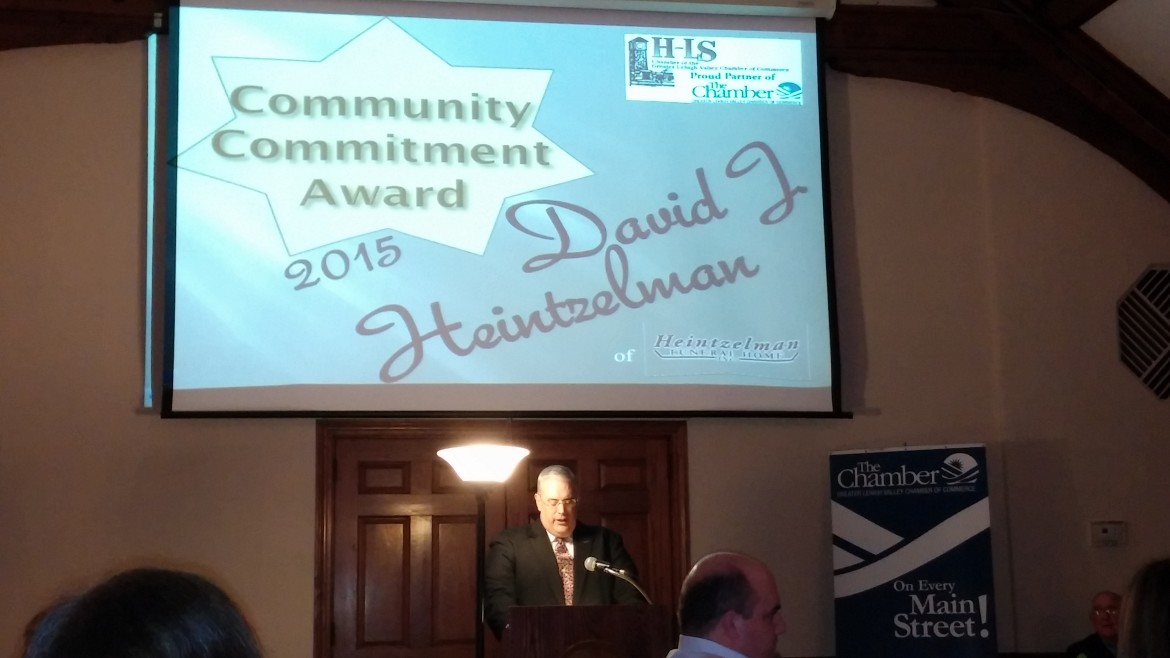 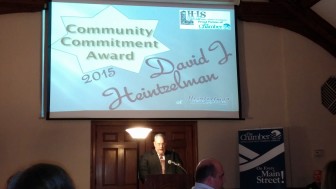 Heintzelman is a member of the National Funeral Directors Association and twice past president of the Eastern Pennsylvania Funeral Directors Association, but in Hellertown he’s best known for his civic involvement as chairman of the annual Saucon Valley Spirit Parade, chairman of the Dimmickfest celebration (formerly Second Sunday concerts in the park), past president of the Hellertown Lions Club, and a force behind the planning of this year’s 100th anniversary Dewey Fire Company Carnival.

Speaking at the dinner, he credited his friends and family with supporting him throughout his career, which began in the Saucon Valley in 1984.

“I could not have done any of this without your support,” Heintzelman said.

He noted that his family–including his wife, Nancy; daughters Sara, Abby, Laura and Emily; parents; and brother–have “made many, many sacrifices for me.”

“I’ve been blessed with the people that I’ve been around and associated with,” he said.

Heintzelman Funeral Home is also the sponsor of the obituaries section on Saucon Source.

Bruce Haas, who co-owns Frey’s Better Foods with his wife, Diane, also highlighted the importance of family in his remarks. 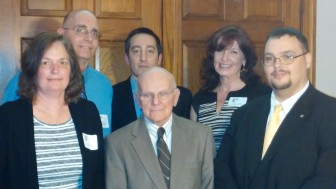 In particular, he noted that without the vision of his wife’s parents, Frey’s founders Howard and Harriet Frey, the business wouldn’t exist today.

“We are blessed to have loyal customers that now are like family,” Bruce also noted.

“We are greatly humbled and honored to receive this award,” he said.

Chamber director and Lower Saucon Township councilwoman Priscilla deLeon, in presenting the Haases with an official recognition from township council, said the commitment by Frey’s Better Foods to the community remains strong.

“Businesses should use them as a model,” she said.

The evening–which was introduced by chamber president Stephanie Weitzman and emceed by Bud Prosser–was capped by guest speaker Laura McHugh, Executive Producer of PBS 39, who highlighted the public television station’s ongoing commitment to local programming and its dependence on strong community support. 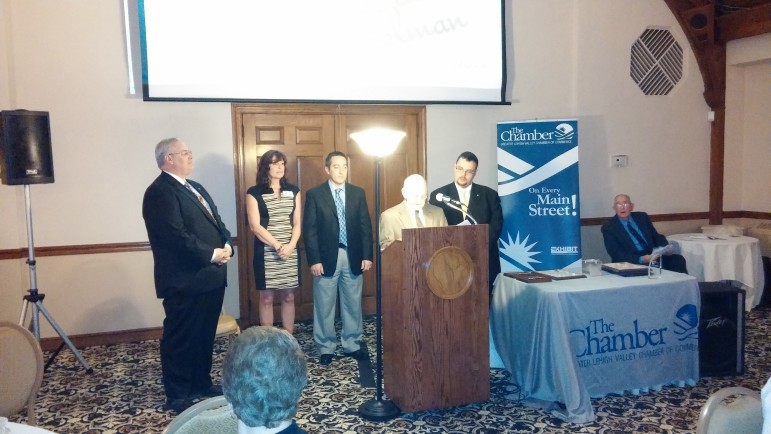 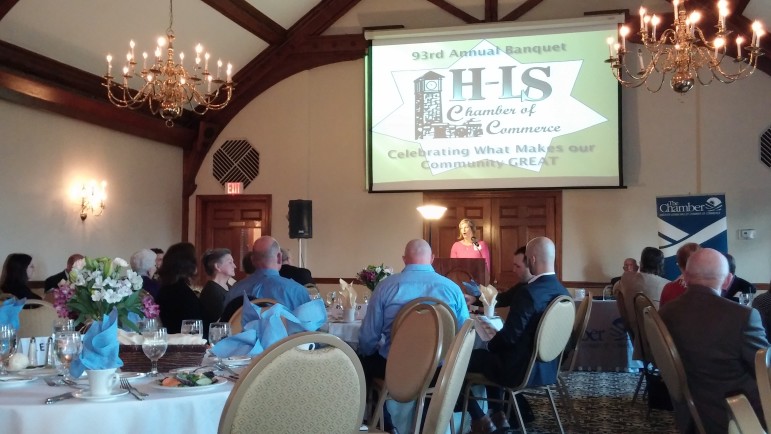 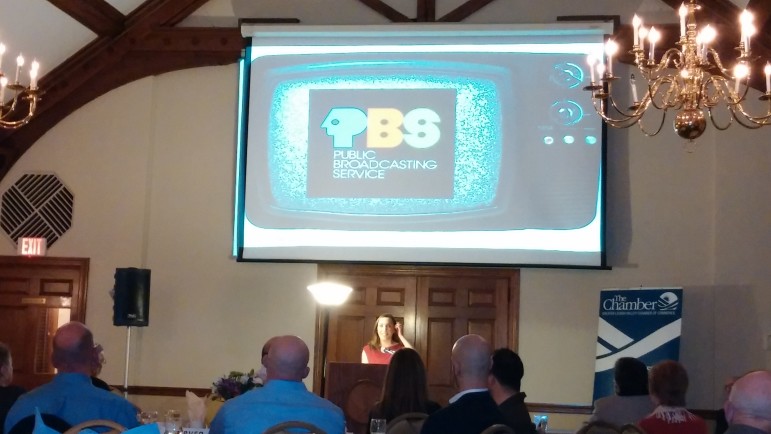