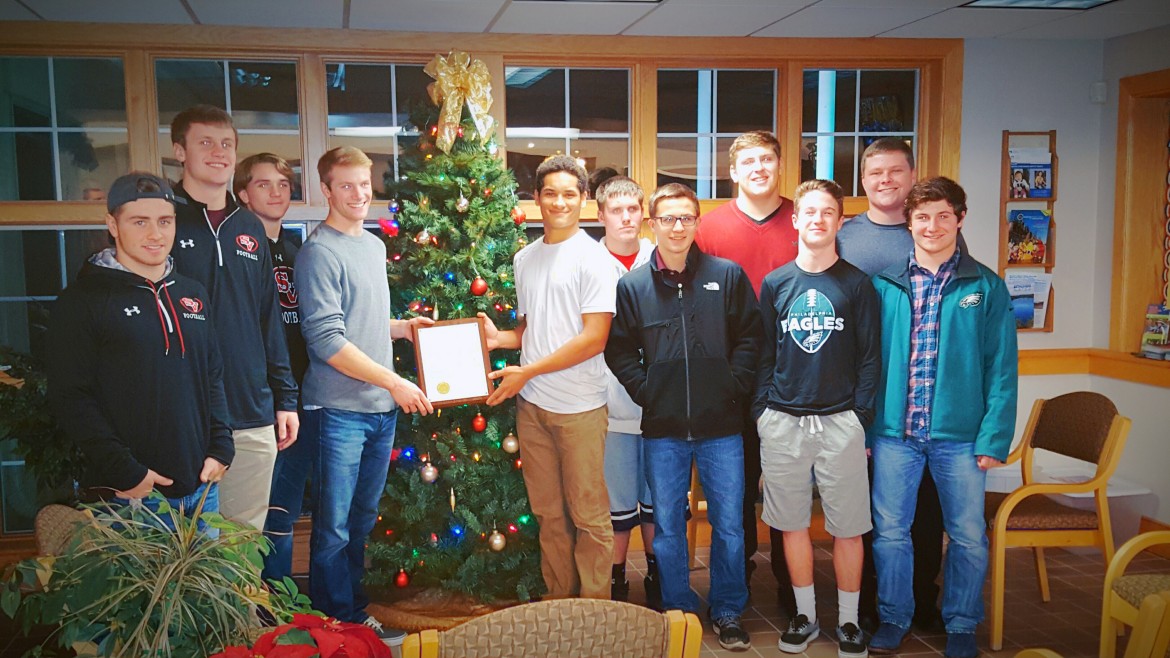 Members of the 2015 Saucon Valley football team were recipients of a resolution passed in their honor Wednesday by Lower Saucon Township Council. Pictured holding the resolution are senior quarterback Zach Thatcher and senior running back Evan Culver. 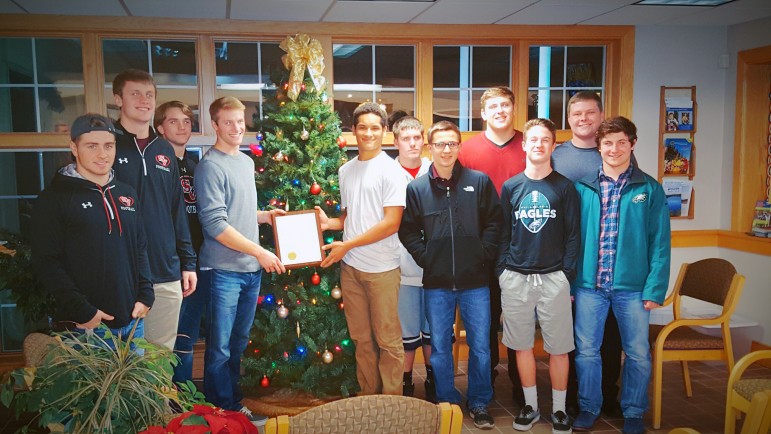 The members of the champion Saucon Valley football team and their coaches were recognized with a resolution passed 4-0 by Lower Saucon Township Council Wednesday night.

The Panthers (14-1) made history in 2015 by winning a District 11 championship and advancing to the AAA semifinal round of the PIAA state playoffs–further than any district football team had ever advanced before.

“You guys did a great job of bringing the community together for community pride, and let’s do it again next year,” said councilwoman Priscilla deLeon. 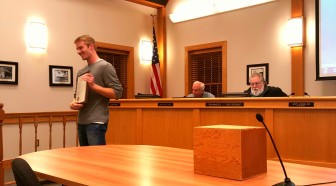 She also requested that the team members and coaches receive copies of the resolution.

Senior quarterback Zach Thatcher was selected to receive a plaque with the resolution on it from the members of council.

Afterwards, players posed for a photo next to a Christmas tree in the town hall lobby.

Many family members were in attendance at the meeting, along with Saucon Valley Athletic Director Bob Frey, Head Coach Matt Evancho and other team staff.

WHEREAS, Saucon Valley High School has been fielding a football team in the PIAA Colonial League since 1975; and

WHEREAS, entering the 2015 season with much promise, the Panthers proceeded to go 10-0 during the regular season, capturing the Colonial League title for the first time in 11 years; won the district championship with victories over Bethlehem Catholic and Lehighton, bested Scranton Prep and Selinsgrove in state play-off matches, and ended their historic 14-1 season with a hard-fought loss to Imhotep Charter in the state semi-final game this past Friday; and

WHEREAS, stellar performances on the field throughout the season by players such as seniors Evan Culver, Zach Thatcher, Mike Kane, Christian Carvis, Mike Paolini, Nate Harka and junior Cody Zrinski, and the hard work and dedication from the remainder of the squad produced a not to be forgotten season for area supporters.