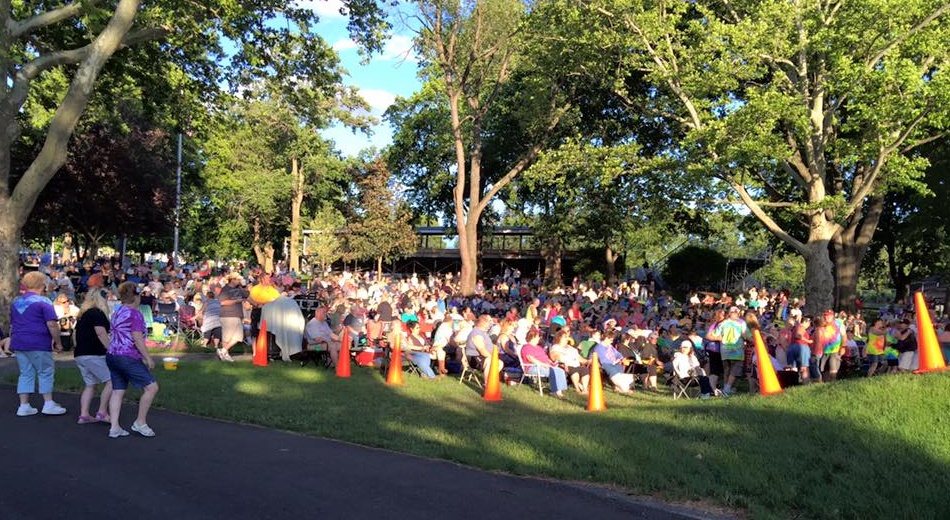 A photo from the June 2016 Music in the Park free concert in Hellertown's Dimmick Park.

The second of three free concerts in Hellertown’s Dimmick Park this summer will take place this Sunday, July 10, 2016, with the Allentown Band performing at the park’s bandshell from 6 to 8 p.m.

The concert is part of the borough of Hellertown’s annual Music in the Park series, held on consecutive second Sundays in June, July and August.

Refreshments will be available for purchase at the park pavilion from 5:30 to 8 p.m., and will be sold by members of Christ Lutheran Church of Lower Saucon.

Attendees should bring folding chairs and/or blankets for seating on the grass.

The Allentown Band is billed as America’s oldest band and is known for performing patriotic concert band music, including marches by composer John Philip Sousa. 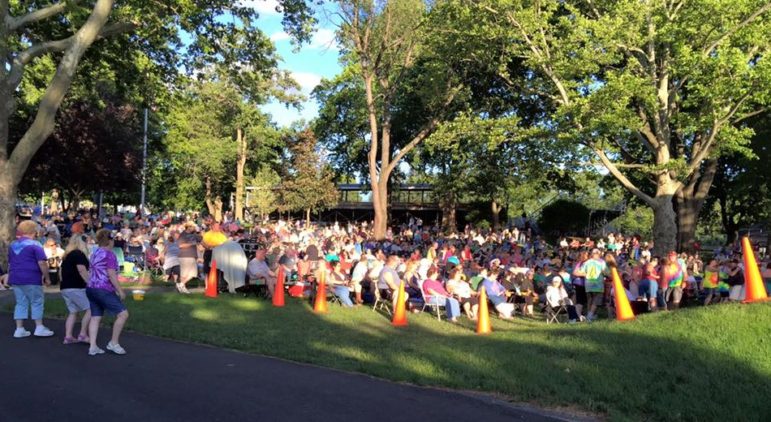 A photo of the large audience who attended the June Music in the Park free concert in Hellertown’s Dimmick Park.