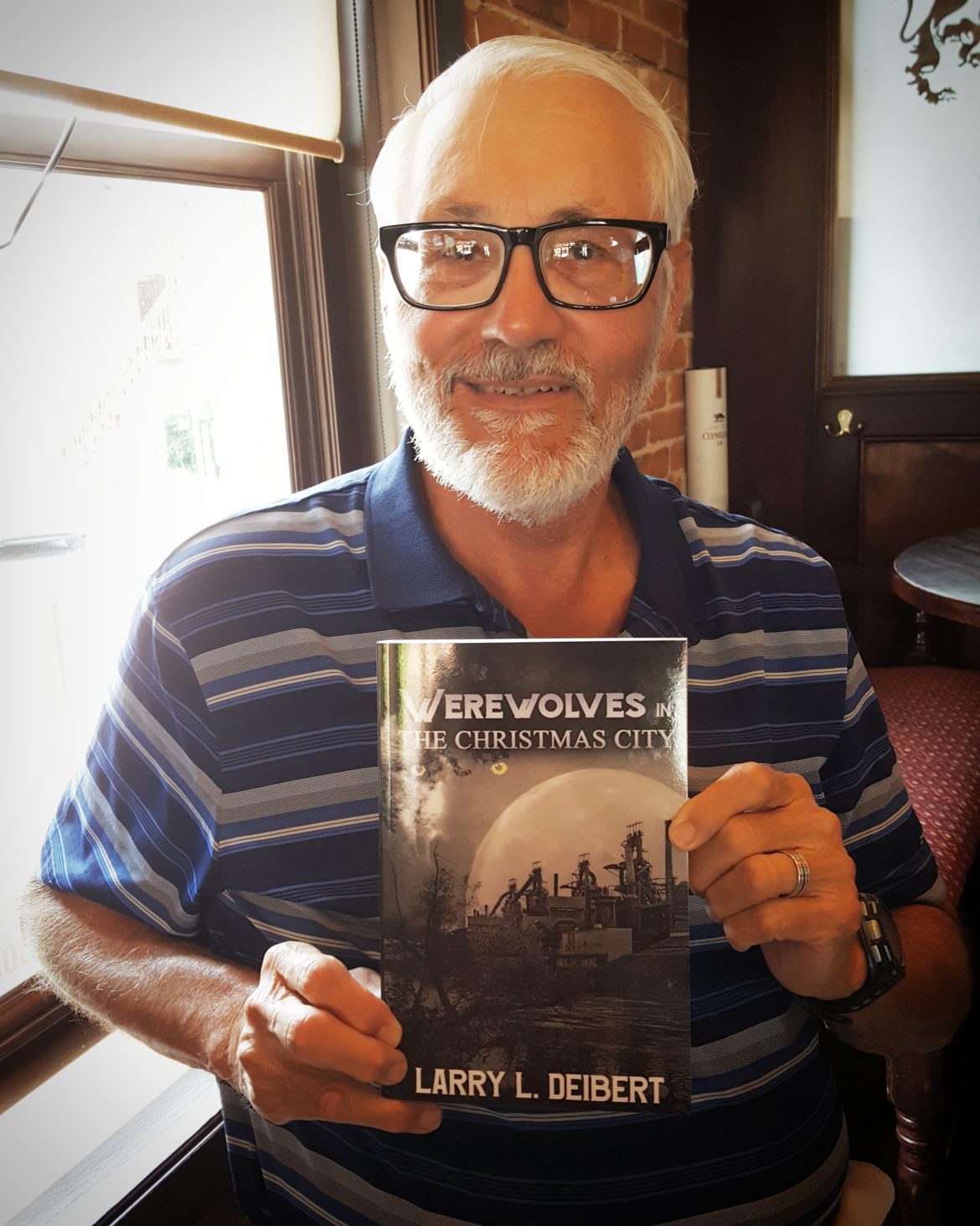 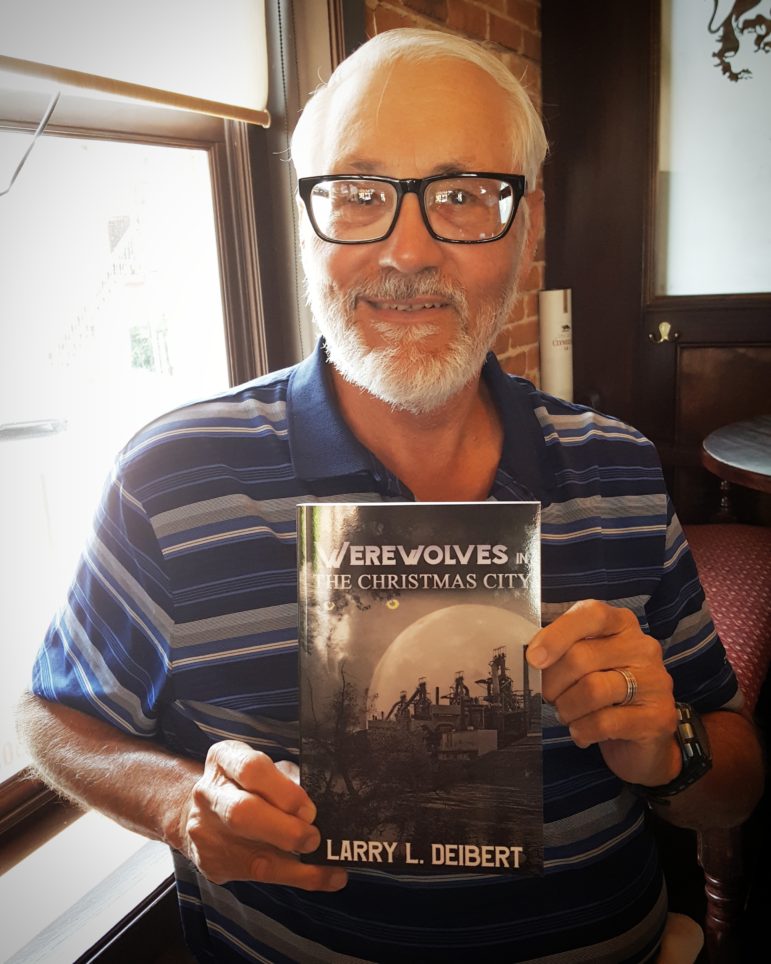 Lower Saucon author Larry Deibert has dabbled in many different genres, but in his latest work he returns to what is arguably his literary ‘comfort zone’–the paranormal.

“My vampire fans from The Christmas City Vampire wanted a werewolf novel,” he explained.

Set on the day after Christmas in 2015, the book begins with the body of a Lehigh University student being found in a cornfield not far from the school.

“There is a possibility that there are more than one, so now a new terror envelopes Bethlehem,” Deibert said.

Adding to the intrigue is a “secret facility inside South Mountain that wants to clone these werewolves to use as fighters,” he noted.

“The ending will probably give people a jolt,” he teased, adding that he already has a sequel to ‘Werewolves‘ planned.

Deibert, 70, never planned to be a prolific writer, but he’s now the author of a dozen books, including ‘Werewolves.’ Many of his works relate to the military, history, the paranormal and time travel. His published works include 95 Bravo, The Other Side of the Ridge: Gettysburg June 27th 2013 to July 2nd 1863, Fathoms: A Novel of the Paranormal, Requiem for a Vampire, Combat Boots dainty feet: Finding Love in Vietnam, The Christmas City Vampire, From Darkness to Light, The Life of Riley, Family and his first children’s book–published last year–Santa’s Day Jobs.

A Vietnam veteran and the father of two adult children, he retired from the U.S. Postal Service in 2008 after working as a letter carrier for 21 years. With his wife Peggy, he enjoys traveling to East Coast beaches and beyond, often finding inspiration in his travel destinations.

It’s sometimes in those locales that he picks up ideas for characters in his stories, he noted, because he is a keen observer of people–something he said all writers need to be.

Sometimes it’s just a snippet of a conversation that becomes his creative seed.

“(The character development process) is a lot of fun,” he said.

Back at home he is a busy writer, sometimes penning as many as two books a year.

One unusual characteristic of Deibert’s writing technique is that he writes all his books chronologically from start to finish, as opposed to moving back and forth in time in his own mind as he writes.

All of Deibert’s books are available for purchase on Amazon as well as from the author directly at events such as local book-signings, which he often participates in.

This Saturday, Aug. 12, from 1 to 3 p.m. Deibert will be signing copies of all his books–including the latest–at the Moravian Book Shop in downtown Bethlehem.

He will also participate in a multi-author event at Sleepy Cat Urban Winery in Allentown Sept. 16, as well as the Collingswood Book Festival in New Jersey on Saturday, Oct. 7.

Deibert often participates in book-signing events at Peddler’s Village in Lahaska, and said he’ll generally accept an invitation to sign books and share his love of writing from anyone in the area as long as he is available.

To purchase a signed copy of Werewolves in the Christmas City and have it shipped for an additional $5 fee, email Larry at larrydeibert@rcn.com.