The Saucon Valley School Board at its April 24, 2018 meeting (FILE PHOTO)

The Saucon Valley School Board at its April 24, 2018 meeting (FILE PHOTO)

The Saucon Valley School District has a reputation for having relatively high property taxes, but is it deserved? Analysis of the district’s millage rate–both currently and what is proposed for 2018-2019–utilizing 2018 county statistics tells a more complex story.

The district’s current millage rate is 53.03 mills, which is one of the lower tax rates among school districts in the county.

Currently the only district that has a lower millage rate–the rate at which the tax is calculated–is the Northampton Area School District, at 52.77 mills.

However, Northampton is facing an increase of as much as 2.06 mills (or 3.9 percent), which would mean its total millage rate would rise to 54.83 mills, according to published news reports.

Even if a more modest proposed tax increase–1.52 mills or 2.88 percent–is ultimately adopted as part of its 2018-2019 budget, NASD would still leapfrog over Saucon Valley in the district rankings, from lowest millage rate to second lowest in Northampton County.

The Pen Argyl School District currently has a millage rate of 53.34 mills–which is slightly lower than what Saucon Valley will have if the current proposed budget is adopted this month–but Pen Argyl has a proposed budget that includes a 1.65 mill (3.09 percent) hike. 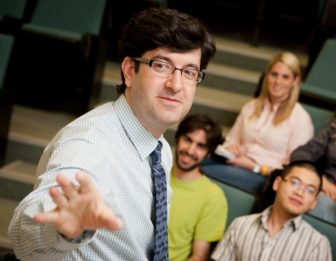 Saucon Valley is also mulling the idea of rescinding its per capita tax–an idea floated at by board member Shamim Pakzad at the board’s April 24 meeting–because it generates relatively little revenue and has become costly to collect.

If the board approves rescinding the $10 per capita tax–which generates revenue equal to .21 mills–the .4 mill increase for property owners will be mitigated downward by the savings individual households will realize; a point Pakzad stressed following the April 24 meeting.

“In these calculations we have only considered the parcels that are homestead/farmstead, i.e., definitely residential,” he added. “If you consider all parcels, the numbers for Hellertown don’t change, and for Lower Saucon the net tax increase drops to $7.”

Pakzad has penned an op-ed about this subject which appears in this week’s edition of The Valley Voice newspaper.

It is important to note in all conversations about tax rates that the real estate tax each property owner pays is a combined total tax that includes Northampton County property tax, municipal property tax (which is different in Hellertown borough and Lower Saucon Township) and school district property tax.

The Northampton County millage rate is currently 11.8 mills, which according to the website Tax-Rates.org is one of the highest median property tax rates in the country.

Northampton County is also ranked 100th of the 3,143 counties for property taxes as a percentage of median income, according to Tax-Rates.org, which says it uses information from the IRS as well as individual state tax and revenue services to compile its rankings.

Like the county, the borough of Hellertown has a higher-than-average tax rate, which could be a reason the district as a whole has acquired its reputation of having high taxes.

The millage rate for Hellertown borough residents is currently 20.75 mills. Among Northampton County’s 39 municipalities, only the City of Easton has a higher rate (24.95 mills).

In contrast, Lower Saucon Township’s municipal tax rate is 5.89 mills, which is one of the lower rates in the county.

Assuming that the Saucon Valley School Board does adopt the proposed version of the 2018-2019 budget that includes a .4 mill increase, total millage rates for Hellertown and Lower Saucon Township residents as of July 1, 2018, will be as follows:

However, it should be noted that those numbers don’t account for any savings that could be realized by homeowners if the per capita tax is rescinded under the Pakzad proposal.

The next Saucon Valley School Board meeting will be held Tuesday, May 22 at 7 p.m. in the high school Audion room.

Meetings are also livestreamed on YouTube. Click on “Watch” next to the link to the meeting agenda on the district’s school board webpage to watch it live.

One thought on “Even With Proposed Tax Hike, Saucon Valley SD Could Have County’s Lowest”