According to Chief Ty Johnson, Lower Saucon Fire Rescue members dedicated more than 4,050 hours responding to calls, training, and performing equipment and station maintenance last year. The department also continues to succeed despite the number of volunteers in the state decreasing from 300,000 to 50,000 in recent years. Chief Johnson praised the support of the township, especially when they release public works employees who are dually trained as firefighters to respond to calls.

Recently, the Se-Wy-Co and Southeastern Fire companies officially completed a merger to become Lower Saucon Fire Rescue. The departments and their volunteers offer a combined 150 years of service, demonstrating their devotion to the community. Lower Saucon Fire Rescue emphasizes integrity, teamwork, courage, compassion and diversity in its mission to save lives and protect property.

The annual report also congratulates Eric Billimoria as the Firefighter of the Year.

Lower Saucon Fire Rescue responded to 664 calls for service, a small increase from 2017. The most notable incidents in 2018 included structure fires, extended duration auto extrication, and the successful evacuation and water rescue of nearly 50 people in emergency flash flooding. 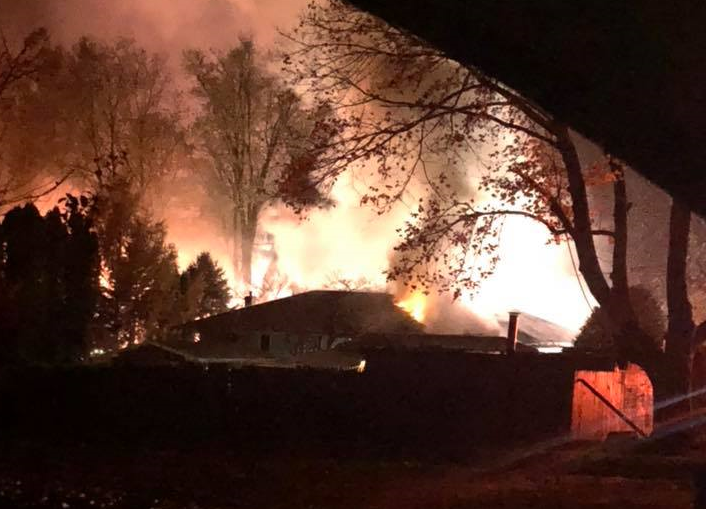 A photo taken by a passing motorist shows a home on fire in the 4300 block of Lower Saucon Road, Lower Saucon Township, on Nov. 9, 2018. Local firefighters responded to and extinguished the blaze. (FILE PHOTO)

While 430 calls for service were in the department’s primary service area, Lower Saucon Fire Rescue takes pride in their well-balanced mutual aid system with other local departments. They responded to 234 mutual aid requests and received aid 228 times.

Members of the department train every Monday night, beginning at 7 p.m. Eighty-nine percent of them are Firefighter 1 certified. Some members have also completed additional courses and certifications, such as Hazmat Operations, First Aid and CPR.

Lower Saucon Fire Rescue is located at 3621 Old Philadelphia Pike and can be contacted at info@lowersauconfire.org, via their website LowerSauconFire.org or by calling 610-694-0761, or 911 in an emergency.