Editor’s Note: This story has been updated with additional information.

A Lower Saucon Township woman is charged with felony aggravated assault, misdemeanor simple assault and a summary charge of harassment after police say she allegedly stabbed a man in the back of his neck after an argument in Steel City Friday afternoon. 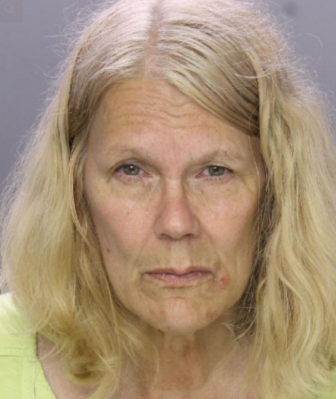 According to a story published by Lehigh Valley Live Tuesday, Dawn T. Kline, 62, allegedly used a small kitchen knife to attack the man during an argument in their home in the 2100 block of Schwab Avenue.

The man was bleeding from the neck when police arrived, Lehigh Valley Live reported.

Police also said that a small kitchen knife was recovered from the scene.

Following her arrest Friday, Kline was arraigned before District Judge Nancy Matos Gonzalez in Bethlehem and committed to Northampton County Prison in lieu of $30,000 straight bail, according to county court records.

Records show that Kline’s bail was later modified by Gonzalez to be 10 percent of $30,000, and that on Saturday, $3,000 cash bail was posted on her behalf.

Kline’s preliminary hearing on the charges is scheduled for Thursday, May 23 at 9 a.m. before District Judge Alan Mege at District Court 03-2-04 in Lower Saucon Township.