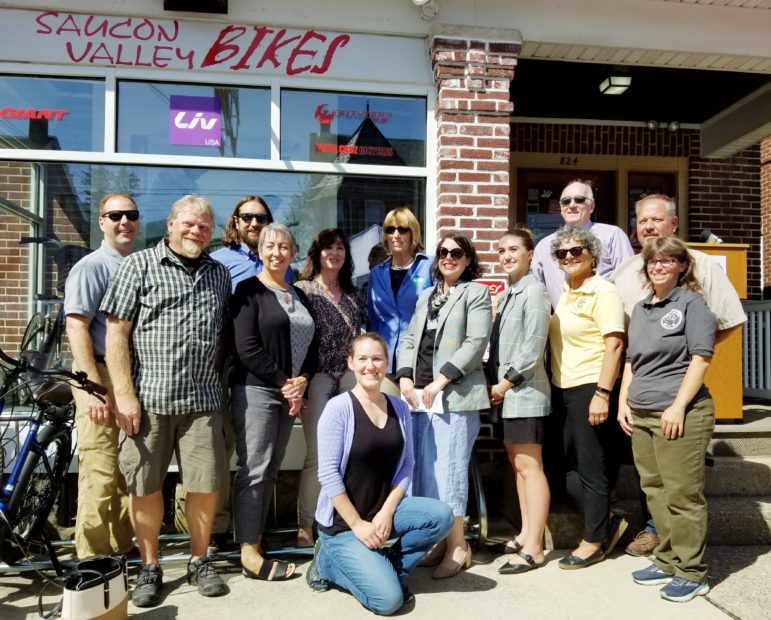 The power of trails to transform communities by turning them into more attractive places to call home was acknowledged as part of the launch of a new mini-grant initiative called the Lehigh Valley Green Retail Program at Saucon Valley Bikes in Hellertown Tuesday.

The Lehigh Valley Greenways program will allow trail users and supporters to donate money that will help fund future trail and park projects in the area every time they make a purchase at one of six participating local businesses. Along with Saucon Valley Bikes, Cutter’s Bike Shop in Bethlehem, Genesis Bicycles in Easton, Curt’s Cyclery in Nazareth, Emmaus Run INN in Emmaus and Easton Outdoor Company in Easton are participating.

Pennsylvania’s Department of Conservation and Natural Resources (DCNR) Secretary Cindy Adams Dunn traveled to Hellertown to help launch the program, and she extolled the borough as an example of a community that has seen economic benefits from a trail.

Adams Dunn noted that Pennsylvania has the fifth largest outdoor recreation industry among the 50 states, and she credited that in part to the fact that investment in the state’s parks and trails is a priority for both local and state officials.

“People are viewing Hellertown as a hip place,” she said. “We have got to attract and keep young people in Pennsylvania, and nothing does that more than hip towns along a trail.”

Saucon Valley Bikes owner Steve LaBrake vouched for the impact the Saucon Rail Trail has had on his business, which is marking its 20th anniversary this month with storewide sales and raffles. 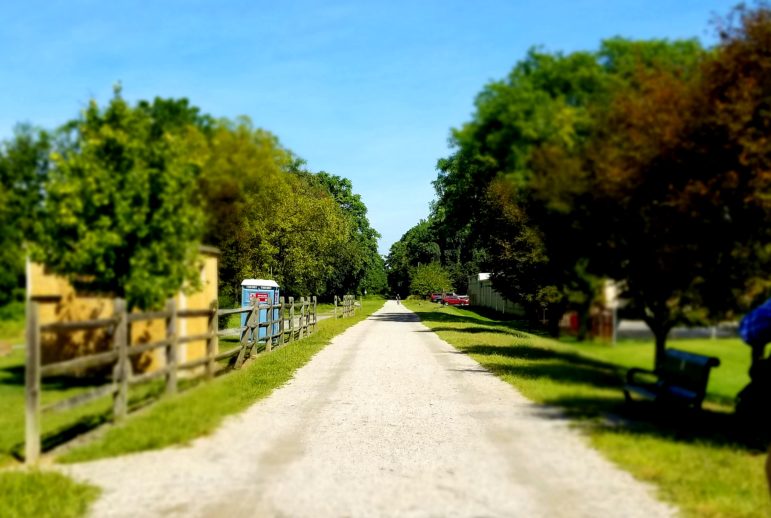 Eventually the Saucon Rail Trail (pictured above at Water Street Park in Hellertown) will connect with the South Bethlehem Greenway to the north, although there is currently no firm timeline for that connection to be established.

In the year after the trail opened in 2011, LaBrake said business in his Main Street store increased by 30 percent.

More importantly, he said the trail has helped to change attitudes and perceptions in and about the borough.

As a community Hellertown has become more fitness-oriented thanks to the trail, with one woman losing 100 pounds as a result of her exercise regimen on it in the year after it opened, LaBrake told attendees.

Around town, restaurants have added bike racks to encourage use of alternative forms of transportation by their patrons, and there is a more upbeat attitude among the people who live here than there was 32 years ago, when he and his family moved here, he added.

Borough manager Cathy Hartranft also spoke at the event, where she noted that the Saucon Rail Trail has contributed to increased property values in Hellertown.

According to Hartrafnt, some of the other positive side effects of having the trail trail in the community have been:

“It’s not just good for business, but it’s good for the community as well,” stressed LaBrake, who also serves on the Saucon Rail Trail Oversight Commission. 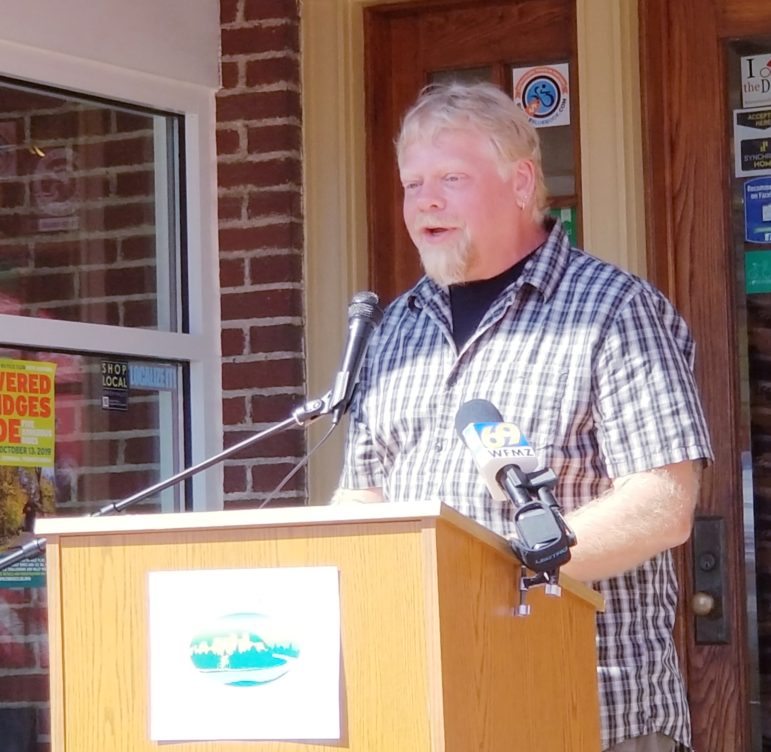 Saucon Valley Bikes owner Steve LaBrake speaks about the affect of the Saucon Rail Trail on Hellertown in front of his store at 824 Main Street Tuesday. 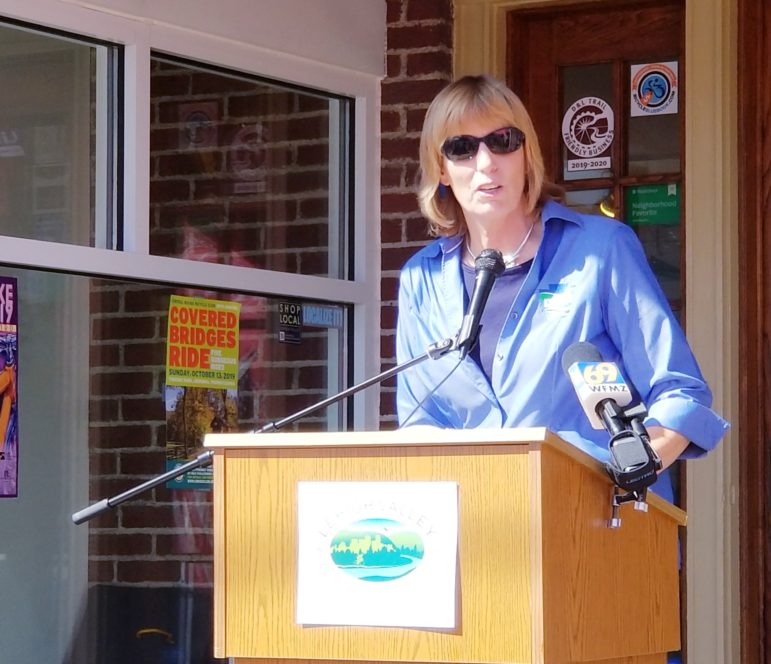 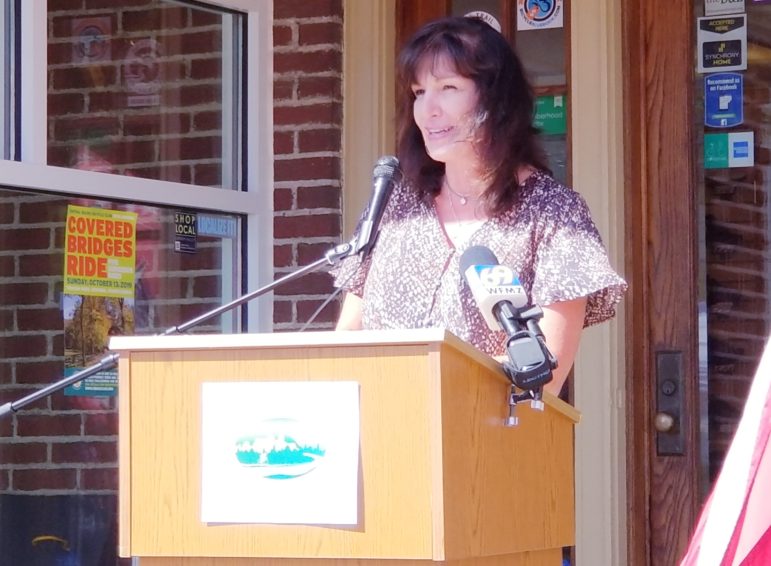 Hellertown borough manager Cathy Hartranft said the Saucon Rail Trail has had a positive effect on property values and the overall borough economy. 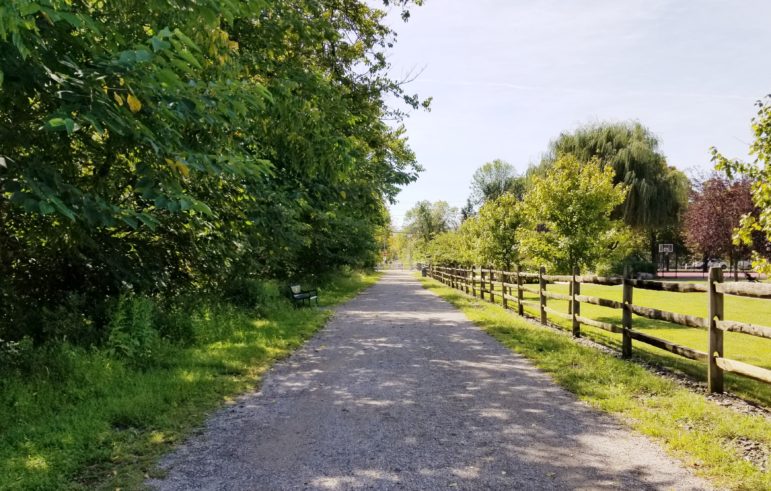 The Saucon Rail Trail stretches south from Hellertown nearly seven miles to Coopersburg, where it will connect with the Upper Bucks Rail Trail when that path is finished in 2020. 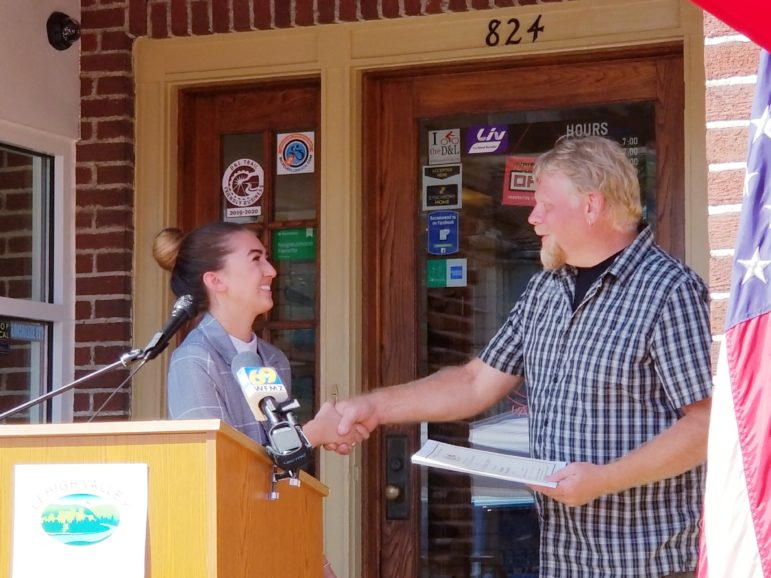