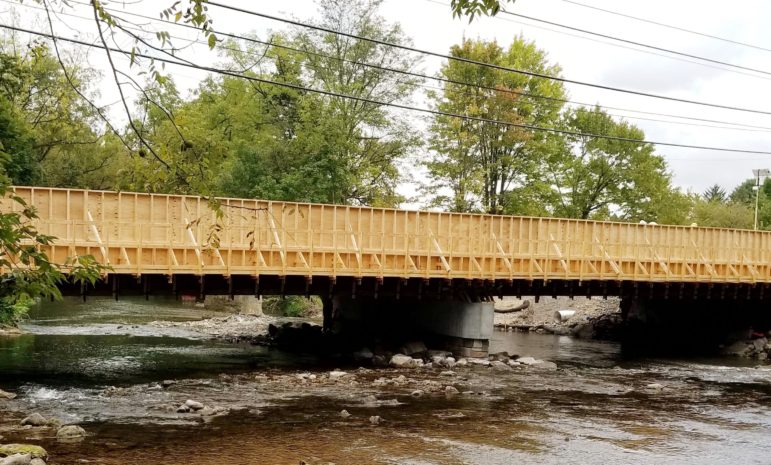 The final deck placement on the new Water Street Bridge in Hellertown was completed this week.

Despite a few rumors to the contrary that have been circulating around Hellertown, the $3.8 million Water Street Bridge replacement project is on schedule, Borough Manager Cathy Hartranft confirmed this week.

Work on it began July 29, and the new bridge is supposed to be completed by Sept. 27, barring any significant unforeseen or weather-related delays.

“The final deck placement was completed (Tuesday) and they are working on the bridge parapet and roadway approach slabs,” Hartranft said Wednesday, referring to PennDOT bridge contractor Kriger Construction.

Once the parapet and roadway approaches are done, she said roadway construction, deck grooving, deck sealing, guide rail, pavement markings and other finishing touches will be next on the list.

“There is a lot of work to do yet, but the contractor is on track to open the bridge the weekend of Sept. 28 (of course weather pending and no unforeseen construction issues),” Hartranft said in an email.

While the bridge has been closed, traffic has been detoured through Lower Saucon Township and Bethlehem, with few detour-related disruptions.

The new bridge will be a two-span, pre-stressed concrete bulb-tee beam bridge that is 112 feet long and 36 feet, seven inches wide, per PennDOT.

That new sidewalk will lead to a path that leads up the hill along Friedensville Road to the large Saucon View apartment complex and Lehigh University housing, as well as the Society Hill development across the street.

This year’s Saucon Valley Farmers’ Market was relocated to the Hellertown Area Library due to staging for the bridge construction taking place in the park.

Below, contributed photos show progress that’s been made on the bridge. 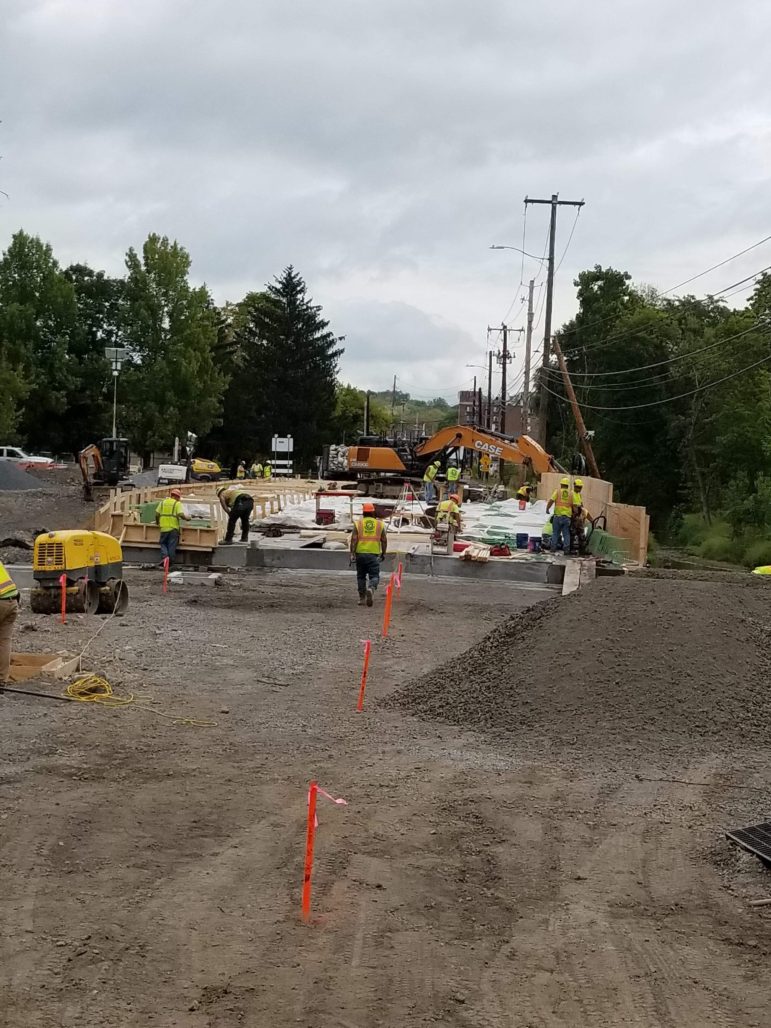 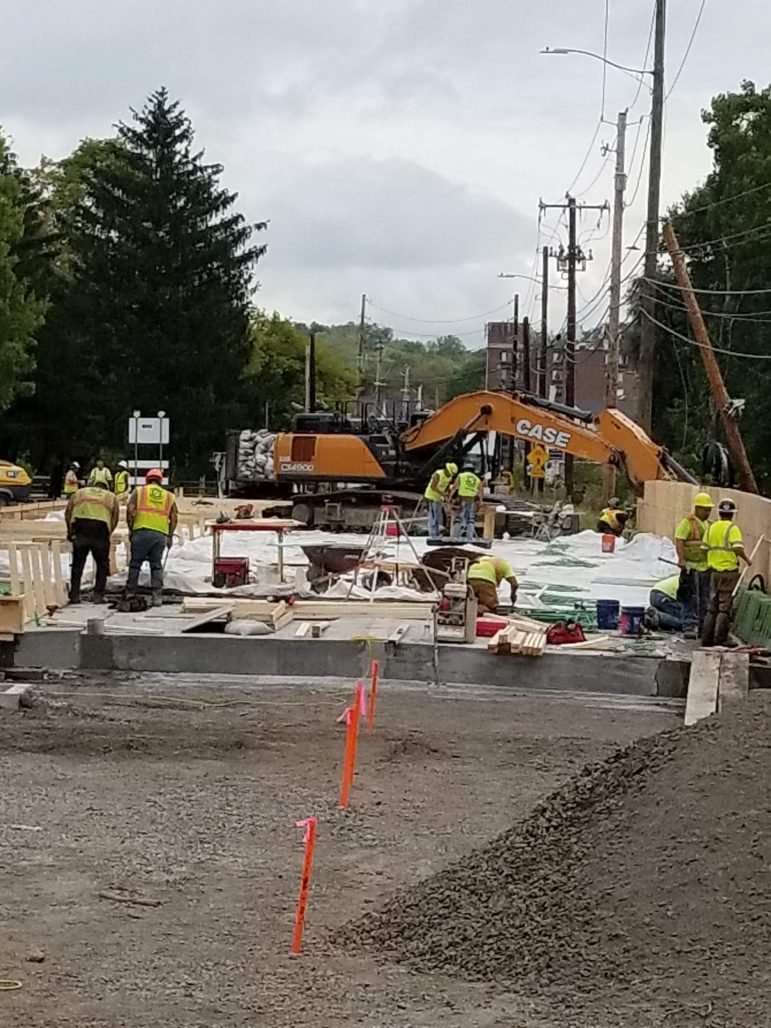 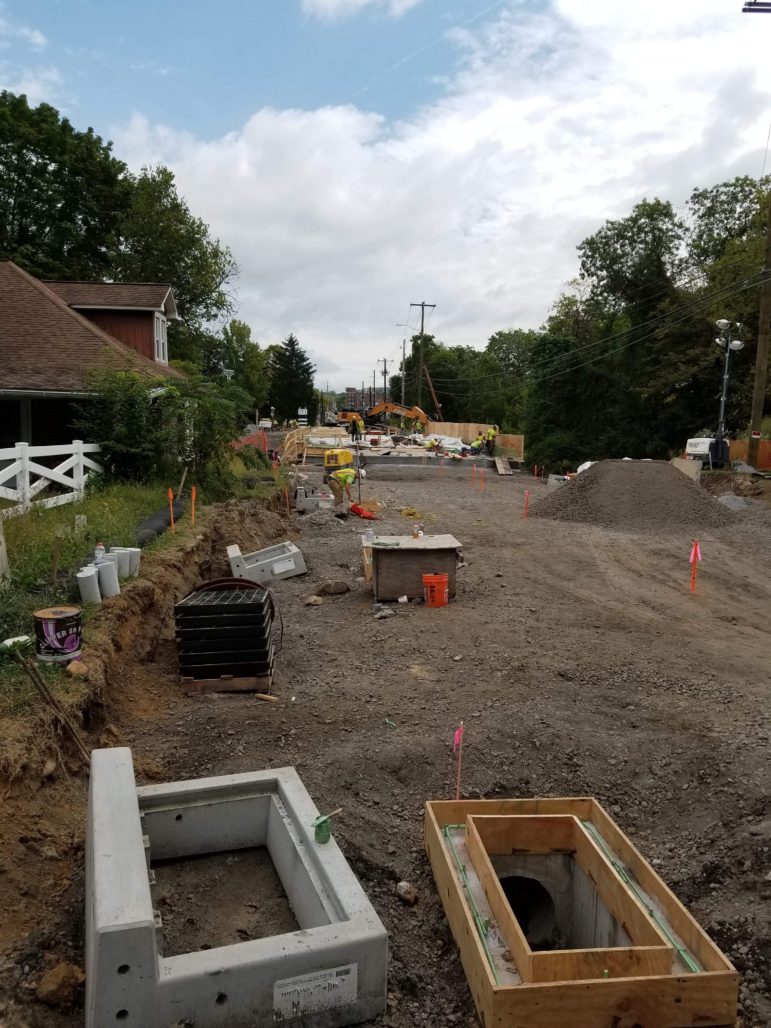 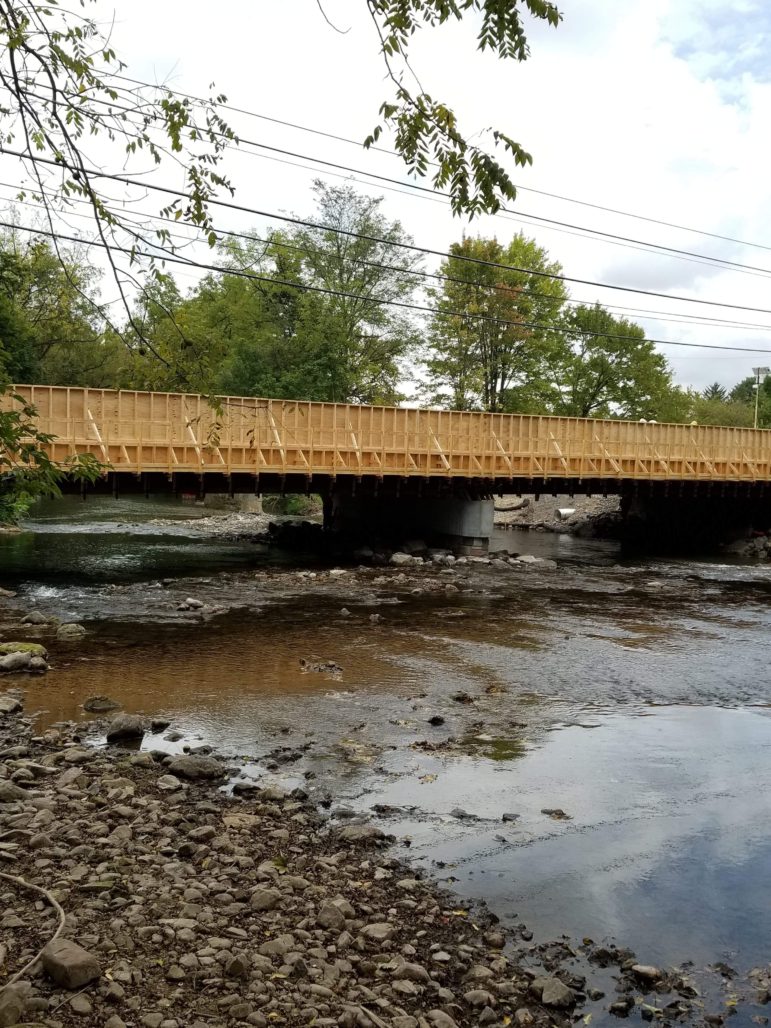 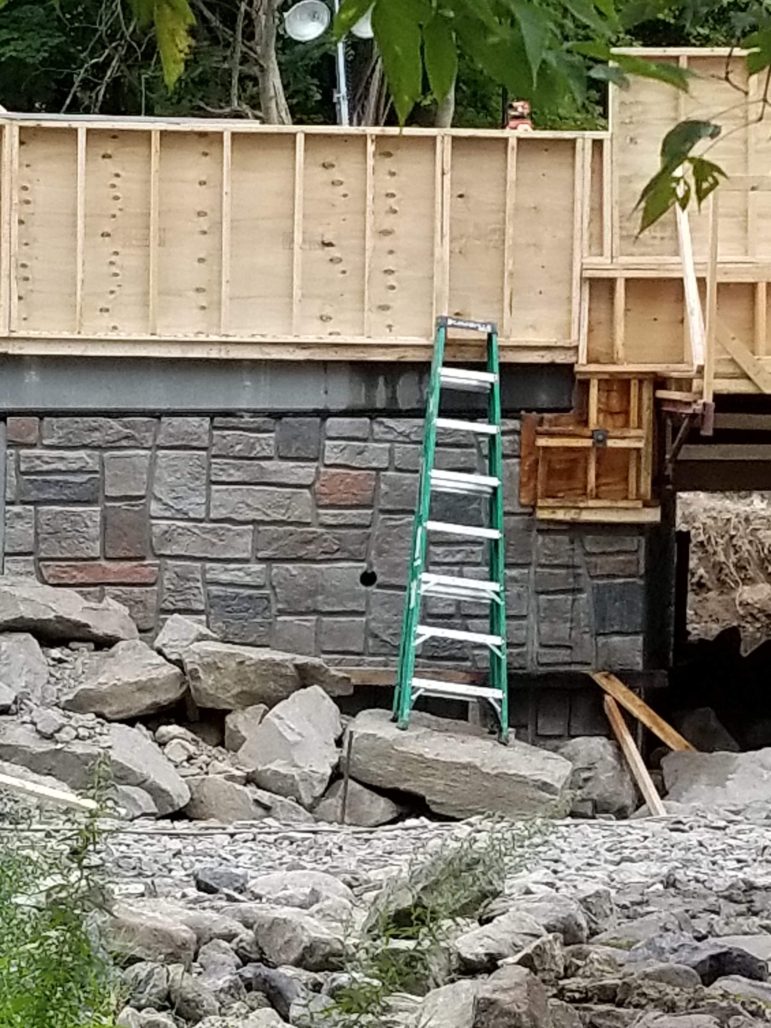