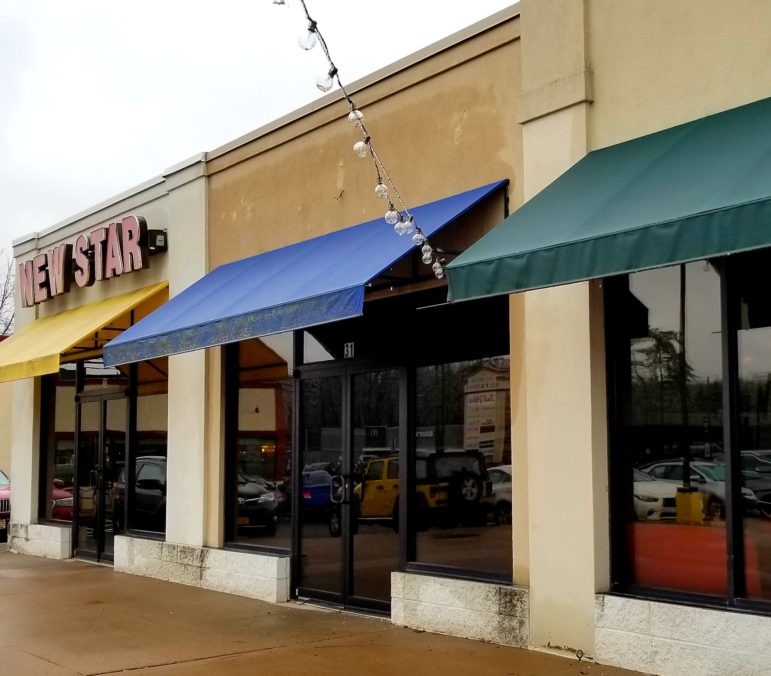 The former location of Adorned Accessories Boutique, this empty storefront in the Shoppes at Hellertown is located in between New Star, a Chinese restaurant, and DiMaio’s Italian Ristorante & Pizzeria.

You could say it’s retail space that has gone from being “adorned” to being “forlorn.” The storefront that was formerly the home of Adorned Accessories Boutique in the Shoppes at Hellertown has been vacant for months now. What do you think should go there next?

The shopping center is located on Main Street (Rt. 412) at the south end of the borough, and is home to a number of well-known businesses including DiMaio’s Family Ristorante & Pizzeria, Dolce Patisserie, H&R Block and Hellertown Diner. However, there are other vacant storefronts in it as well, including one that was once home to a frozen yogurt shop and one which housed the former Bank of America branch, which closed in July 2018.

Adorned Accessories Boutique relocated to Emmaus earlier this year, after being open for business in the borough for less than two years. However another boutique–The Clover & Company–opened on Main Street in Hellertown not long after Adorned closed for good.

What kind of business would you patronize if it opened in this location?

The space is 1,200 square feet in size according to an online real estate listing by The James Balliet Group at KW Commerical, the leasing agent for the center. It is located in Suite 10 at 31 Main S.., Hellertown, Pa., in an area that is zoned “Shopping Center” by the Borough of Hellertown. Click here to view a map of the borough’s zoning districts.

According to the borough’s zoning ordinance, the shopping center zoning district exists “to provide an area where major commercial uses and highway-oriented businesses can locate to serve Hellertown and surrounding communities.”

What kind of business do you think would be a good fit and popular with other community members? Tell us in a comment.