A local elected official recently said he supports changing a state law that defines how municipalities advertise upcoming municipal meetings, such as zoning board hearings.

Pennsylvania’s 1976 Newspaper Advertising Act requires that all forms of required legal advertising be published in local newspapers of general circulation, meaning newspapers that are “issued daily, or not less than once a week, intended for general distribution and circulation, and sold at fixed prices per copy per week, per month, or per annum, to subscribers and readers without regard to business, trade, profession or class.”

The law defines a notice as “a formal printed announcement, transmitting intelligence, information, or warning, to a particular person, or generally to all persons who may read such notice,” and makes no allowance for publishing notices in online news publications.

“Not everyone gets printed newspapers today,” said Hellertown mayor David Heintzelman at a borough council meeting earlier this month. “They go online.” 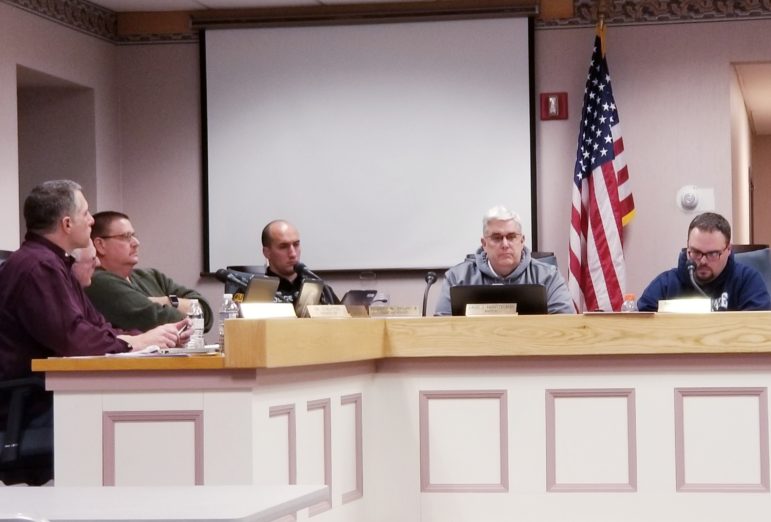 Heintzelman said he believes the state legislature should update the advertising requirement to include online news publications, which typically do not publish legal notices because they do not meet the definition of a newspaper contained in the statute:

The Newspaper Advertising Act goes so far as to specify that “no advertisement shall be published by any court or other government unit, which is not duly authorized by law, nor in more papers than so authorized.”

Borough staff have interpreted the law to mean that legal notices may be published online in addition to being published in local print newspapers of general circulation, which is why Saucon Source last week published two Hellertown zoning hearing board appeal notices which pertain to a meeting that will be held this Wednesday, Feb. 19.

However, publishing notices online doesn’t lessen the financial burden to municipalities, which are required to pay for advertising in print newspapers under the current law.

“As traditional print newspapers consolidate and publish less frequently, it has become increasingly difficult and costly to local governments to meet the current advertising requirements,” their website notes. “In most instances, there is only one newspaper of general circulation in each municipality, eliminating the ability to seek competitive pricing.”

Heintzelman’s comments were delivered within the context of a discussion about a controversial borough zoning amendment passed in January, which he ultimately vetoed.

Although the public hearing at which the amendment was discussed in January was advertised according to all of the legal requirements of the borough code–as well as the state’s Sunshine Law–Heintzelman said meeting those requirements still left too many residents in the dark, in his opinion.

Under its code, the borough was required to publish a notice about the upcoming hearing in a general circulation local newspaper, to post a copy of the notice on the property that was the subject of the hearing, and to notify the owner of the property of the hearing.

Many residents were alerted to the proposed rezoning when Saucon Source published a story about it several days before the hearing was held. 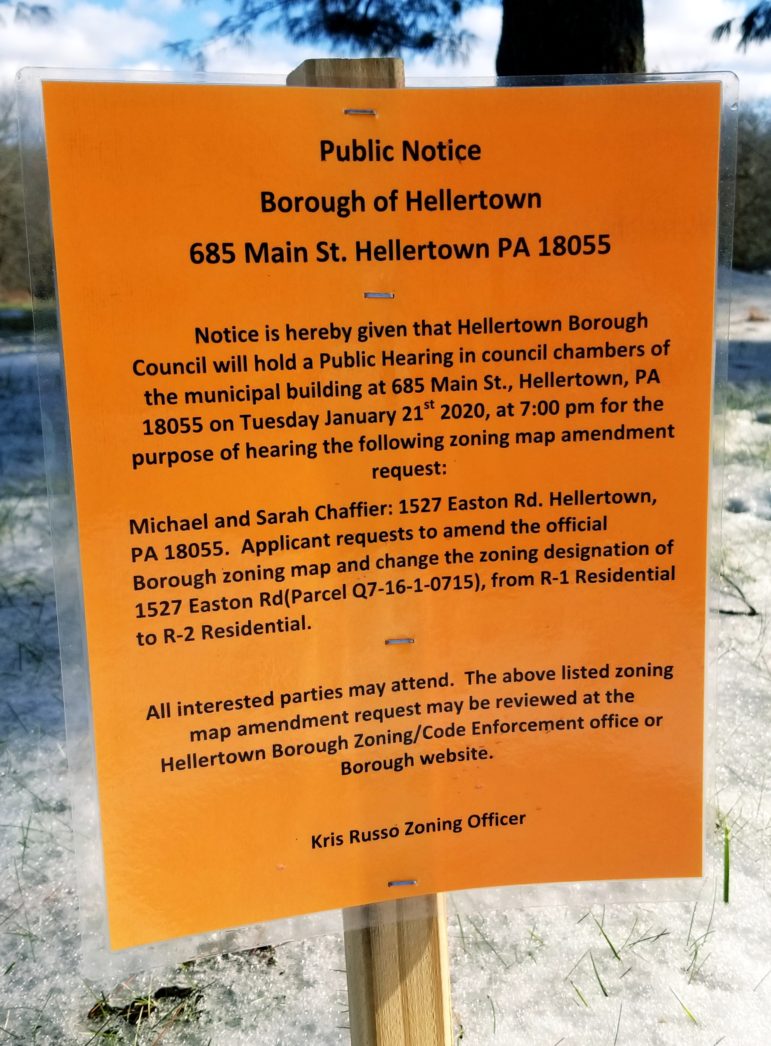 This sign posted by the Borough of Hellertown Zoning and Codes Enforcement officer on land at 1527 Easton Road was there to advertise a public hearing about a requested rezoning for the property. The notice also had to be published in a local newspaper of general circulation, in accordance with state and local laws. Currently, there is no requirement to–and little incentive for–municipalities to publish their legal notices online, either on a commercial news site or a government site.