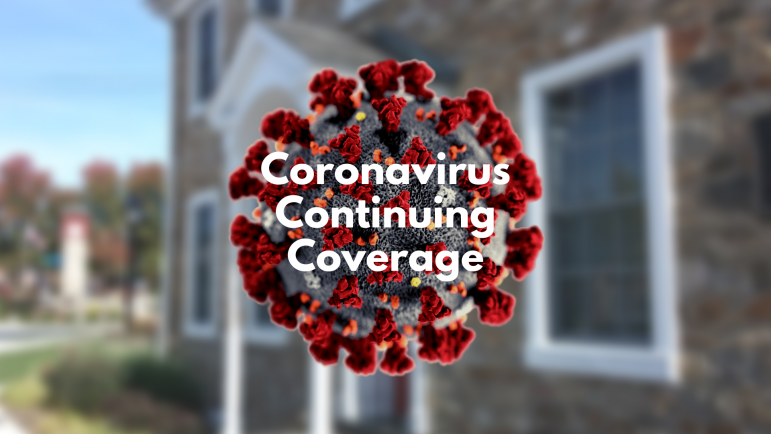 Saucon Source will continue to do our best to provide you with local coverage of the coronavirus outbreak. We also want to support our local business community. Please email news, tips and announcements to josh@sauconsource.com. Thank you.

Late Monday Hellertown officials declared a disaster emergency in response to the ongoing coronavirus outbreak, which in a declaration signed by acting mayor and borough council president Tom Rieger is called a “health emergency (that) has endangered the health, safety and welfare of a substantial number of persons residing in Northampton County, and threatens to create problems greater in scope than Hellertown borough may be able to resolve.”

In the declaration–which takes effect immediately–Rieger directs the borough’s emergency management coordinator “to take all appropriate action needed to alleviate the effects of this disater.”

Rieger assumed the role of acting mayor because Mayor David Heintzelman is currently out of the area. The declaration is also signed by council vice president Phil Weber.

In an email about it, it was explained that as part of the disaster declaration all organized sports are temporarily banned in borough parks and all user agreements with the borough are suspended until further notice in order to comply with public health and safety requirements related to the pandemic.

With the potential for many businesses to be closed in the coming weeks, the letter noted that borough police are asking business owners to leave a light on inside their business, if possible, so officers will be better able to see inside them while out on patrol at night.

It was also announced that the Saucon Valley Compost Center–which serves both borough and Lower Saucon Township residents–will not open until April 18 at the earliest.

Parks and trails in the borough will be open from dawn until dusk for passive use.

Playgrounds will also remain open, however the letter cautioned that “the playground equipment will not be disinfected and therefore we encourage following safe hygiene and social distancing guidelines as set forth by the State of Pennsylvania and CDC.”

Click here to read the Declaration of Disaster Emergency.

In Lower Saucon Township, as in Hellertown borough, upcoming municipal meetings are canceled.

In the township, all meetings are canceled until the end of the month. The borough has canceled all meetings until further notice.

The senior center at Seidersville Hall in Lower Saucon is closed at least until March 30.

The dog park in Polk Valley Park as well as other township parks remain open, however visitors should use their best judgment with regard to them, since they are not being cleaned or sanitized.

In other coronavirus-related news, the Promenade Shops at Saucon Valley announced that it will be closed for the next two weeks, although the Fresh Market and restaurants in the Upper Saucon Township lifestyle center will offer curbside “to go” options instead of eat-in dining in order to comply with the governor’s directive for non-essential retail operations.

K-12 schools are closed at least until March 30, and could potentially be shut down for a longer period of time, superintendent Dr. Craig Butler acknowledged in a letter Monday.

To date there has been one confirmed case of coronavirus in Northampton County, although several counties in close proximity have many more confirmed or presumptive positive cases, according to state health officials.

As of late Monday, the total number of confirmed cases in Pennsylvania stood at 77; a number that is very likely to increase in the coming days, weeks and possibly even months.

“We encourage neighbors to help neighbors and as a community we will persevere through this crisis,” the announcement from Hellertown officials stated. “This situation is rapidly developing, and we encourage everyone to stay vigilant during this time.”