With fears of contagion stoked by the ongoing coronavirus pandemic seemingly becoming widespread, many Saucon Valley residents have been seeking refuge–not to mention social distancing–in the open space and fresh air of local parks and trails.

However, the sanctity and serenity of one local park was shattered Wednesday afternoon, when Lower Saucon Township Police say “multiple vehicles” were broken into there.

In a post published on their Crimewatch site Thursday, police said three vehicles were parked in the stone lot opposite the Polk Valley Park dog park entrance when they were targeted.

“The unknown actor(s) broke a window on each of the vehicles to gain entry,” police said.

Police said a witness reported seeing a white vehicle of unknown make and model with a “black male approximately 6’1″ slumped over inside the vehicle with the driver door open, acting as if he was doing something.”

They asked that anyone with information about the break-ins submit a tip through their Crimewatch anonymous tip line.

Township parks are not monitored by video surveillance, although installing security in them has been a subject of discussion by officials in the recent past, particularly due to the number of break-ins which have occurred in Polk Valley Park. The most recent break-ins there occurred in the fall.

Police urged anyone who visits the park to keep valuables out of sight if they leave them in a vehicle and to immediately report any suspicious behavior by calling 911 or the Northampton County dispatch non-emergency number, which is 610-759-2200.

Township officials announced earlier this week that while municipal parks remain open during the coronavirus pandemic, individuals who visit them should use their best judgment when doing so, since they are not receiving any type of cleaning or disinfection. 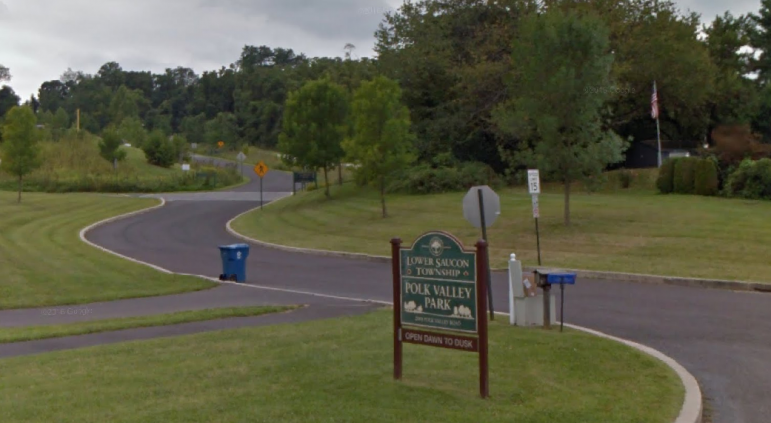 The entrance to Polk Valley Park and the dog park is on Polk Valley Road in Lower Saucon Township.