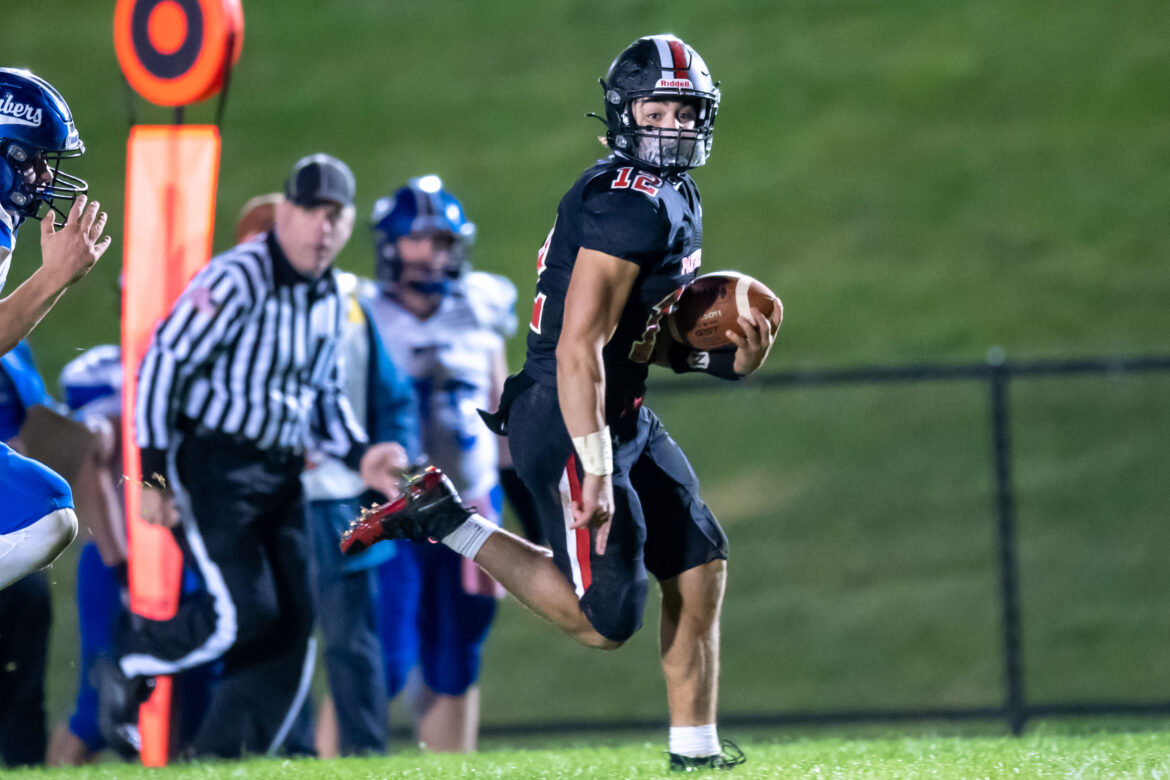 Dante Mahaffey and the rest of the Panther pack battled the Palmerton Blue Bombers on Friday night.

On a soggy Friday night in Hellertown, twelve total touchdowns, 804 yards of offense, 41 first-downs and a halftime turnaround all added up to a thrilling, 42-41 victory for the Saucon Valley Panthers. It was the second week in a row that the Panther faithful were anxiously glued to the edge of their seats until the final seconds of play.

Offensively, Saucon Valley looked sharp throughout the first quarter as they pushed the pace to open the game. Panther quarterback, Dante Mahaffey, first found freshman wide receiver Constantine Donahue on a 25-yard pass across the middle to get the scoring started. Then, Mahaffey showed some speed and rambled 78-yards for another Panther touchdown. However, the Blue Bombers answered with their own scores. At the end of the opening quarter the two teams were deadlocked, 14-14. 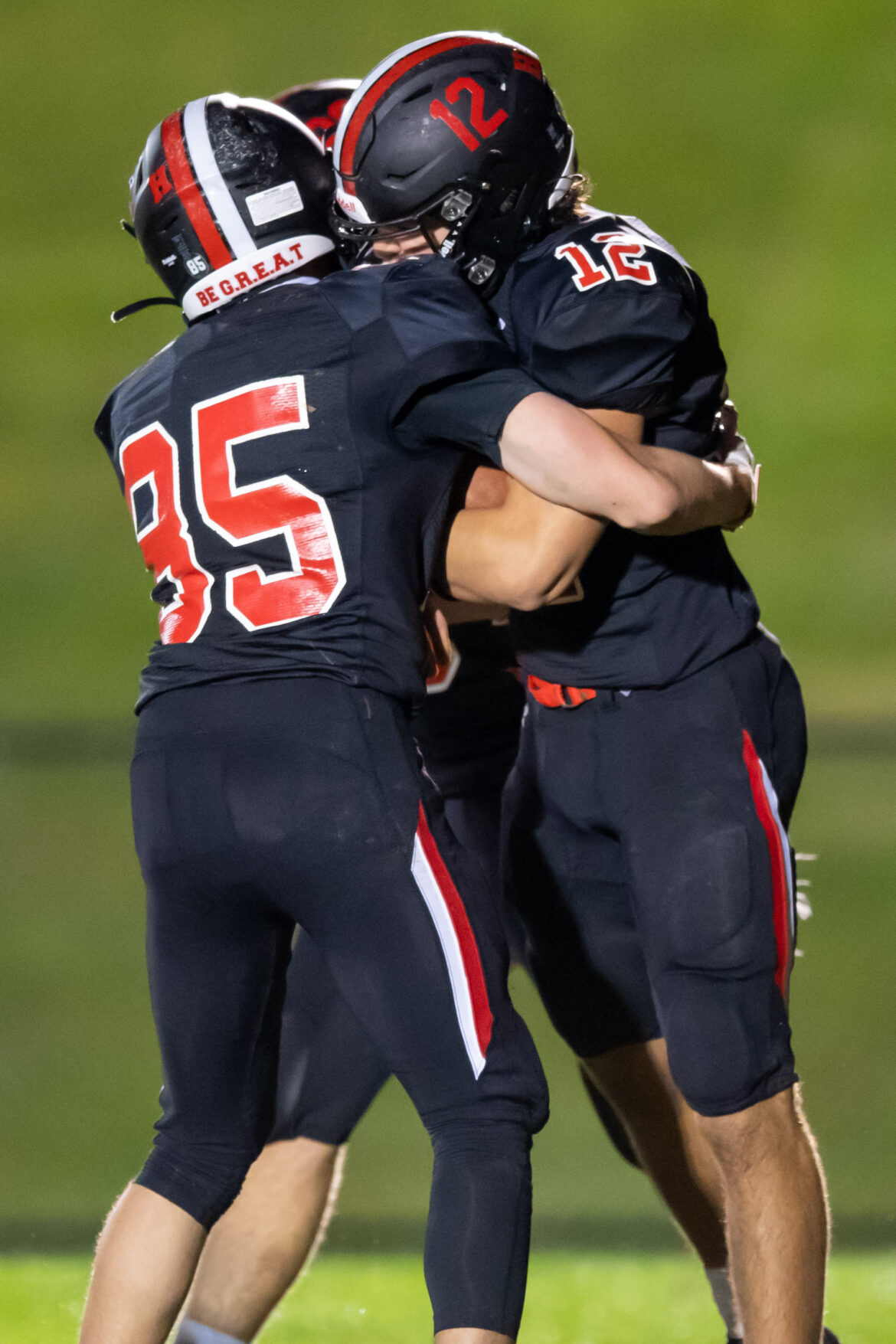 The second quarter was all the Blue Bombers. Palmerton scored twice through the air to seemingly take control of the game. The Bombers displayed a potent passing attack that accounted for over 100 first-half yards and four touchdowns. The Panthers seemed lethargic and their spirits dampened. At the half Palmerton led 28-14.

During the intermission, the listless Panthers huddled in the south endzone to exorcise the demons that drained their efforts. The Saucon staff tried to challenge and motivate the players to wake-up. But, it may have been Ian Csicsek’s emotional and passionate plea that best connected with the dejected Panther players. Csicsek is a 2019 Saucon Valley graduate and former football star. Ian is currently a student-athlete at Muhlenberg College who keeps the Panthers’ stats while also volunteering his time as an assistant middle school coach. Csicsek’s emphatic message to “wake up!” and increase their efforts may have hit home.

“We needed to wake up in the second half and I figured the kids were tired of hearing it from me. Sometimes when they are hearing the same thing from the same person, it becomes white noise. We turned to Ian to wake them up. He is someone that they all look up to and respect. He has walked the walk, so when he speaks, he has their full attention.”

The Panthers roared out of the third-quarter gates with two consecutive scores. On the opening drive of the second half, Mahaffey continued his chemistry with classmate Ty Csencsits for a spectacular 29-yard diving, touchdown grab that upgraded Saucon to a 28-21 deficit. Then, on their very next possession after Jiziah Davis’ look-what-I-got interception, Mahaffey ran for a 29-yard touchdown around left end. With eight minutes to go in the third quarter Saucon Valley clawed back to even at 28-28. 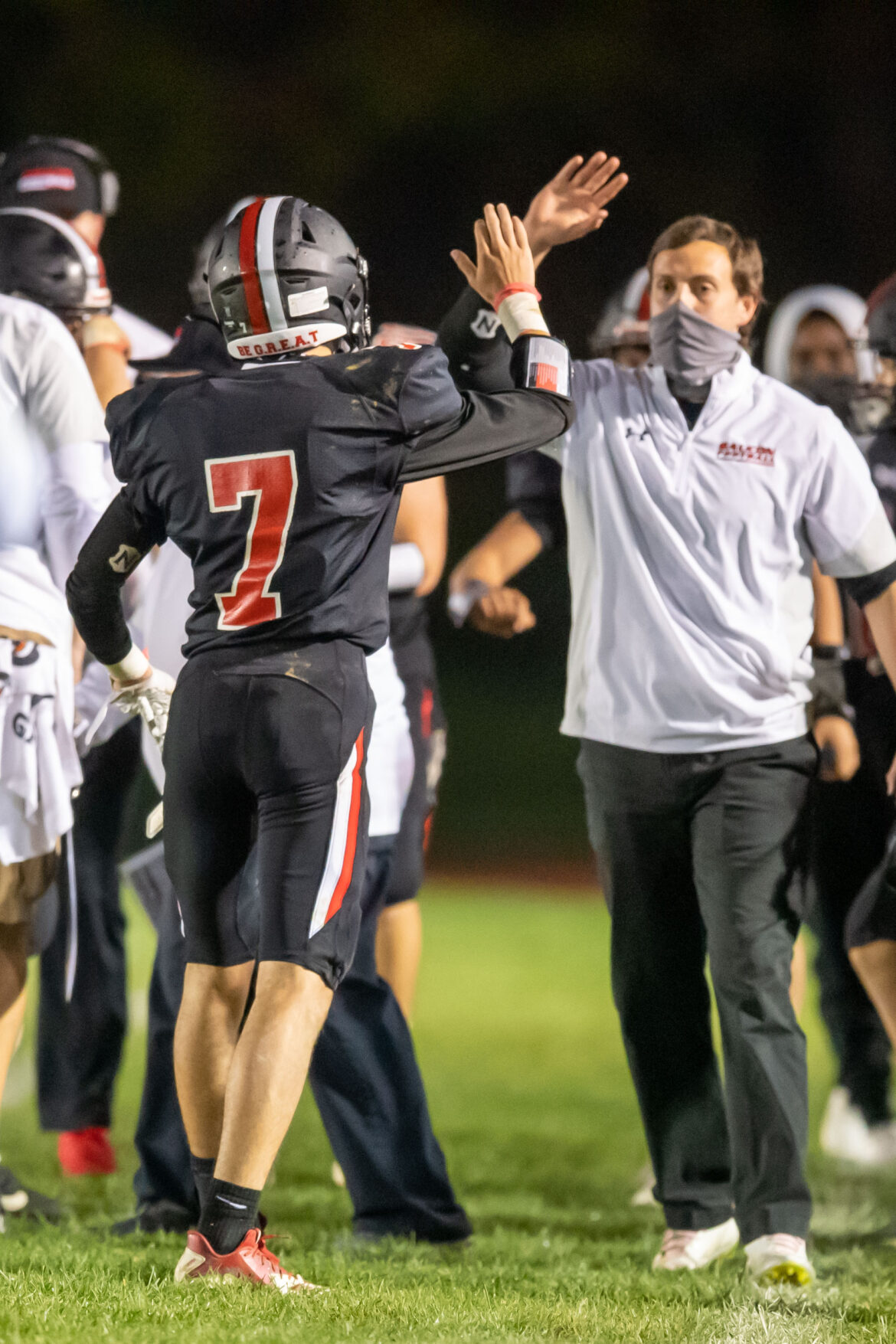 Palmerton immediately answered to reclaim the lead with the help of a short field and a 15-yard penalty. The Panthers attempted squib-kick ricocheted off the Bomber front-line during the kickoff return, giving Palmerton possession at midfield. A 15-yard penalty on top of a 9-yard completion took the Bombers to the Panther 34-yardline. A toss around left end then gave Palmerton 1st & Goal inside the 5-yardline. The Blue Bombers punched in for a score to make it 35-28 with 6:32 remaining in the third period.

Saucon kept the offensive engines revved and responded with an 11-play drive that concluded with a 12-yard touchdown pass from Mahaffey to Csencsits. A couple of key plays on the scoring drive included a gutsy 4th & 5 conversion by the Panthers from within their own territory on a quarterback keeper and a 31-yard completion to Csencsits to overcome a 3rd & 11 that took the Panthers to the Bomber 26-yardline. The score was knotted 35-35 with just over two minutes left in the quarter. 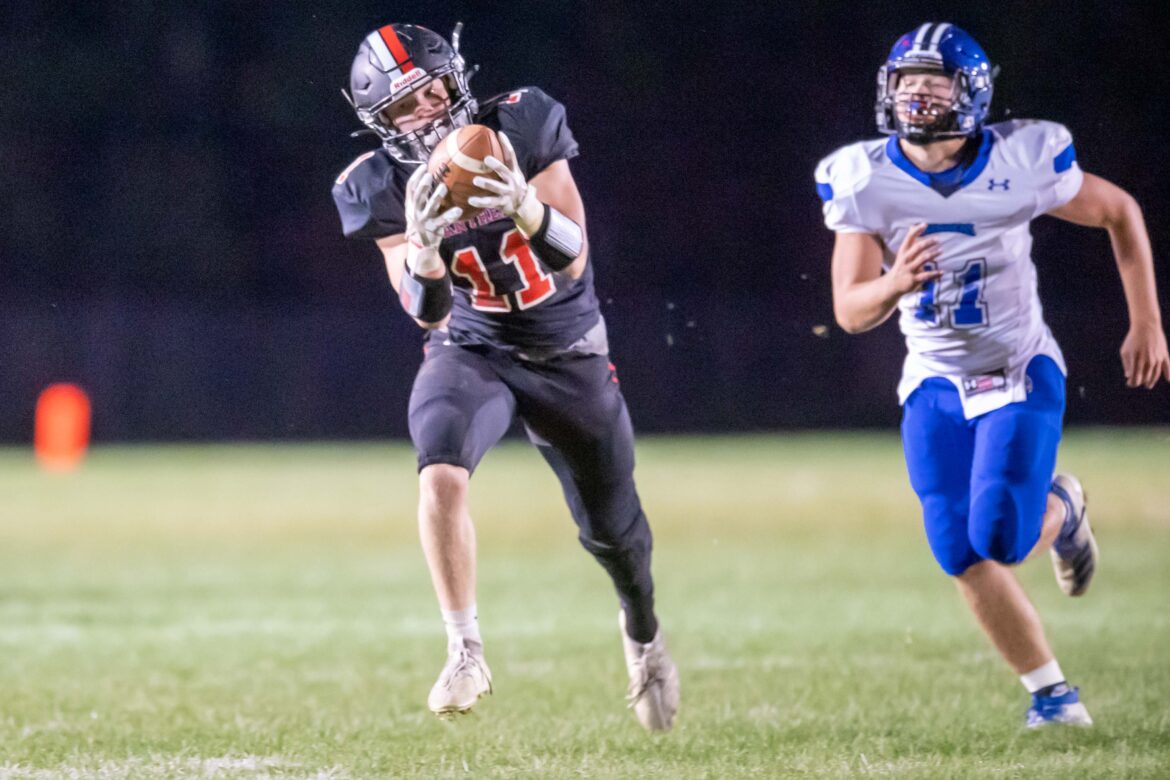 Palmerton benefitted with another short field following a Panther kickoff and used a 9-play drive to bounce right back. Using the momentum of a 35-yard completion down to Saucon’s 15-yardline, the Bombers found the endzone again when sophomore quarterback Cole Serfass powered in from three yards out. The Panthers, however, were able to deflect the PAT causing the ball to clank no-good off the right upright. With 10 minutes remaining, Saucon trailed 41-35.

Following a 10-play drive that included seven running plays and three passing plays, the Panthers found their answer. Mahaffey hooked up with sophomore Alex Magnotta all three times on the drive. Magnotta completed the trifecta by securing a 24-yard jump-ball in the endzone. Jacob Christopher connected on his fifth consecutive extra-point to give Saucon a 42-41 edge with 5:54 to go. 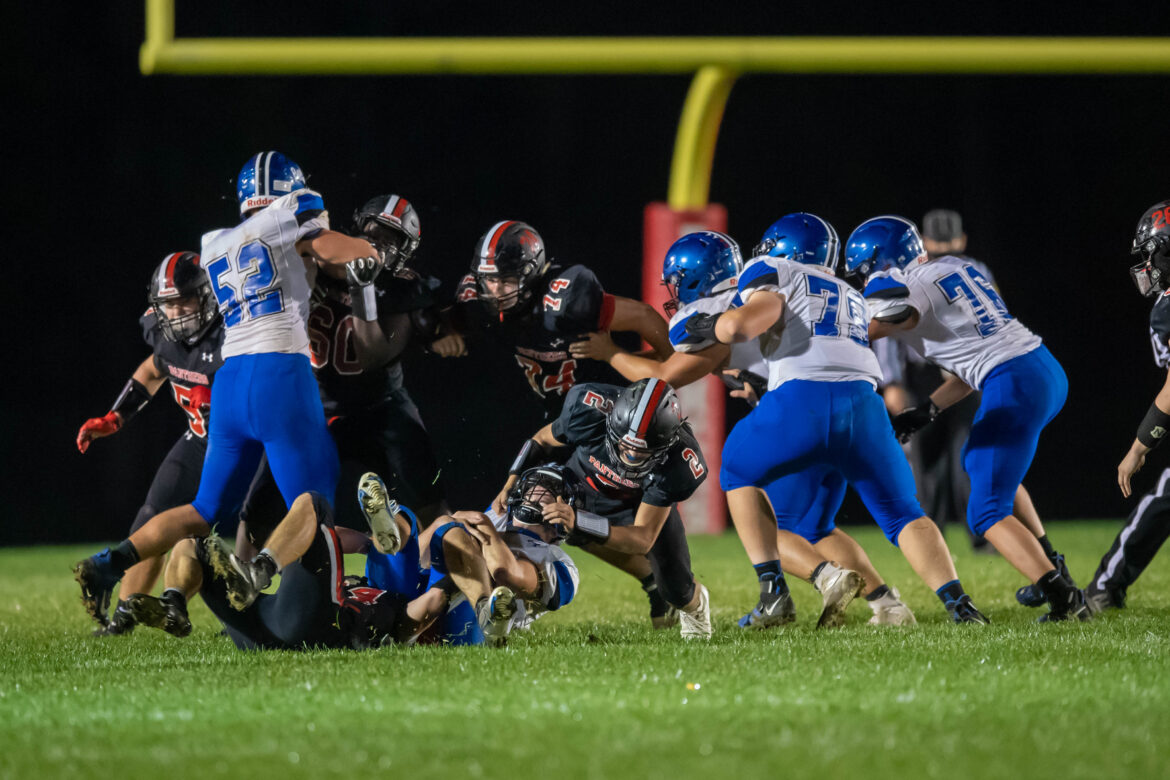 Tyler Pfizenmayer and the Panther defense came up big in the end.

Palmerton took advantage of another good kickoff return to start in Panther territory at the 45-yardline. But the Panther defense, led by sophomore inside linebacker Tyler Pfizenmayer, stepped up to stone the Bombers on a fourth down conversion. On a 4th & 1 from the Panther 37-yardline, Pfizenmayer knifed into the Bomber backfield and tackled the Bomber ball carrier for no gain. The socially-distanced Panther faithful celebrated wildly in the grandstands. 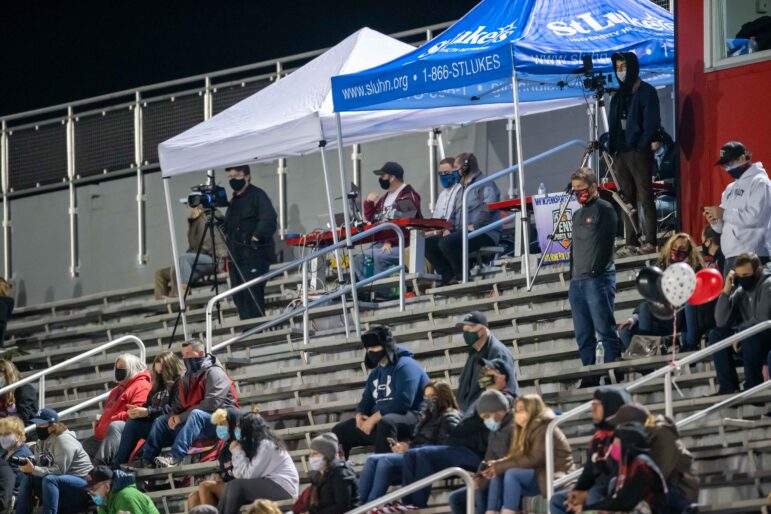 Friday’s soggy game marked the first time this season that a limited number of fans have been able to cheer for the Panthers at Montford E. Illick Stadium in Hellertown. Most fans watched the game live on YouTube via a livestream broadcast by Saucon Athletics and Saucon Source, with running commentary by Penn Sports Radio.

However, the Bomber defense returned the favor as they held near midfield when Saucon tried to close the game and convert on 4th & 4. Mahaffey was stuffed for no-gain and Palmerton had a last gasp chance in the final minute with a 1st & 10 from the Panther 44-yardline. 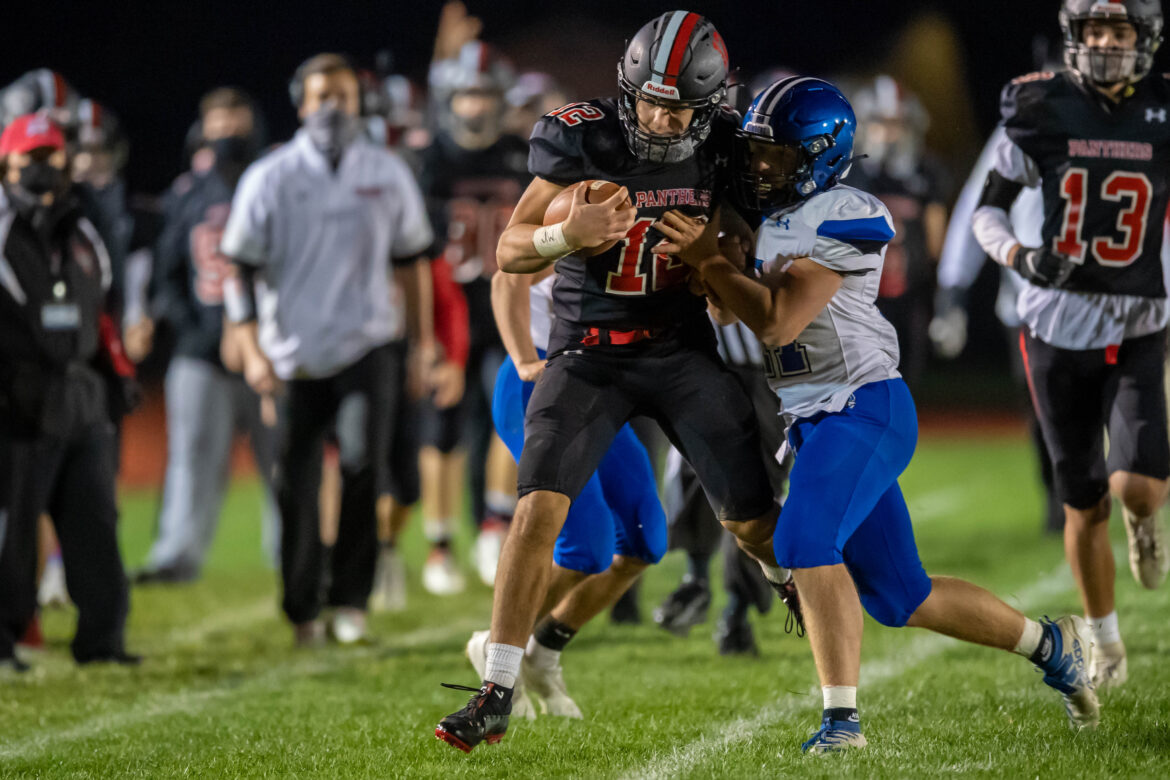 Even though Mahaffey was stuffed on his last carry, he accounted for 321 yards and 6 touchdowns.

After picking up a first down to the Saucon 30-yardline, a big sack by junior defensive tackle Jack Marouchoc backed the Bombers into a 3rd & 20 situation from the 41-yardline. On the very next play, Palmerton attacked the middle of the field, but it was Pfizenmayer from his inside linebacker position who came up with the ball. Pfizenmayer immediately stripped the football from the Bomber receiver after the completion at the 15-yardline. “Pfizzy” heroically sealed the game for the Panthers. Saucon Valley improved their record to 2-1 with a wildly entertaining 42-41 come-from-behind victory over the Palmerton Blue Bombers. 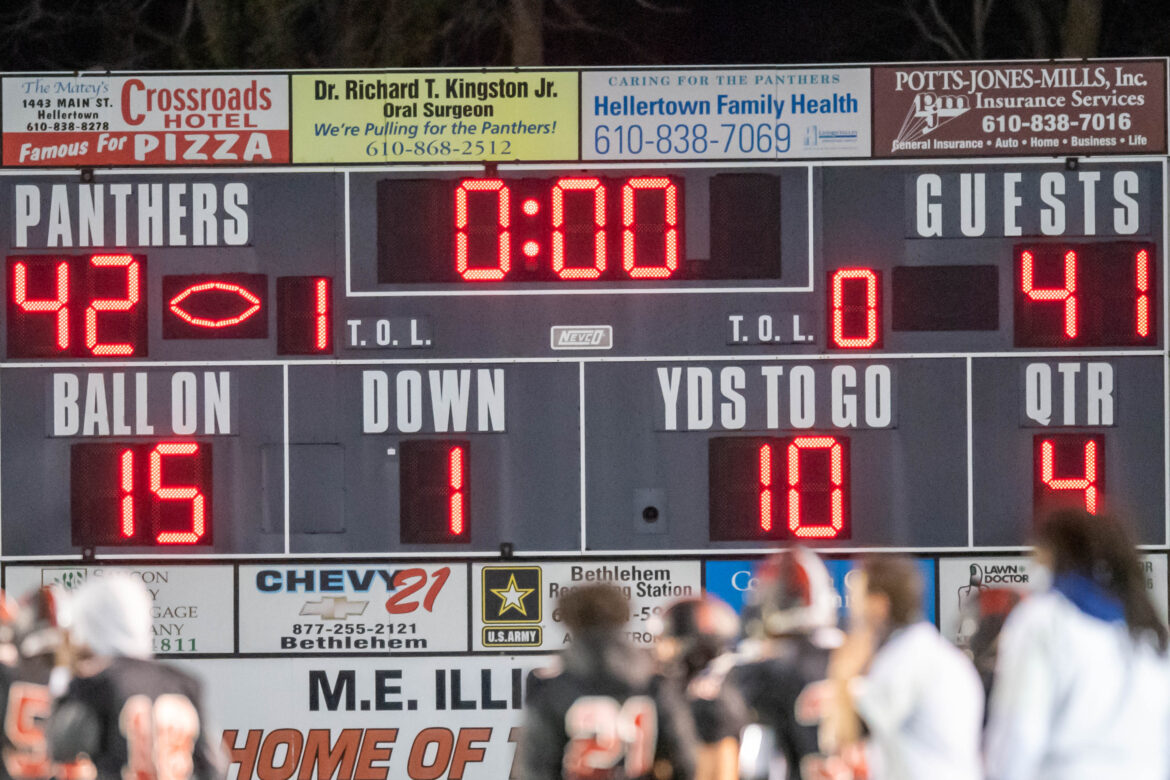 Good luck, Panthers. The Source is with you!

Please support our gold, silver and bronze football livestream sponsors, without whom these broadcasts would not be possible: The Saucon Valley Football Club, McDonald’s of Hellertown and Superior Auto Service of Hellertown. 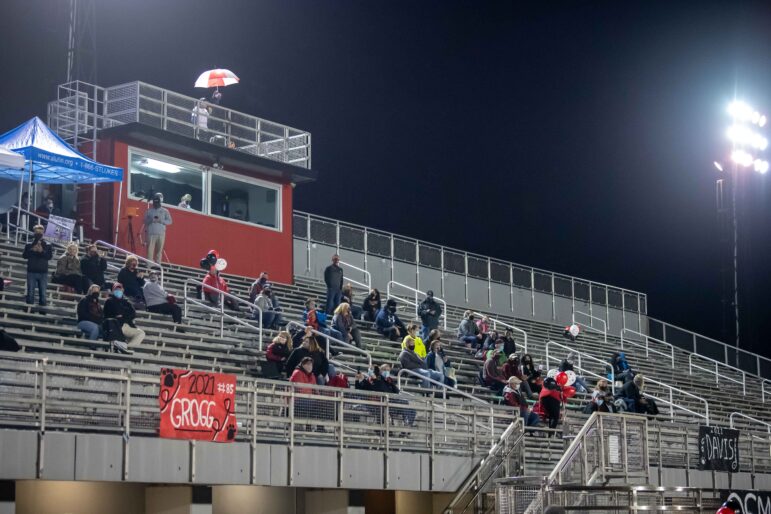 Due to limits on crowd size, the spectators in the stands at the game mainly consisted of parents of football players, cheerleaders and band members. 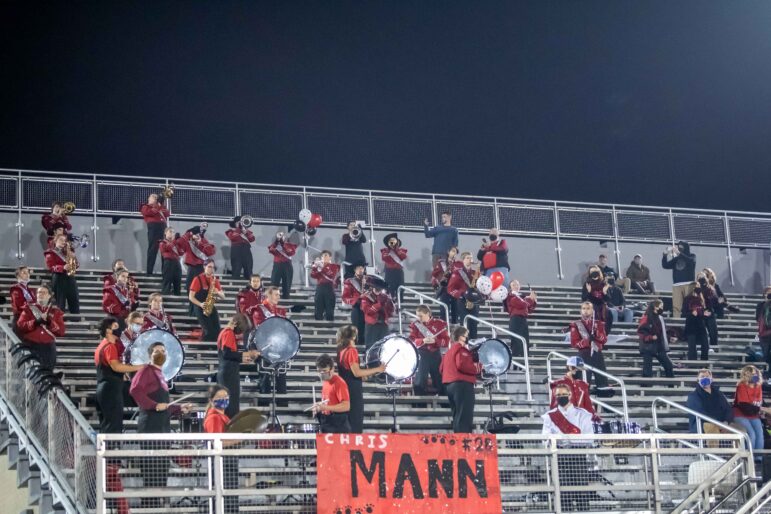 The Saucon Valley High School Marching Band performs from the stands during the game. Due to the coronavirus pandemic, its musicians are spaced further apart from each other than they normally would be. 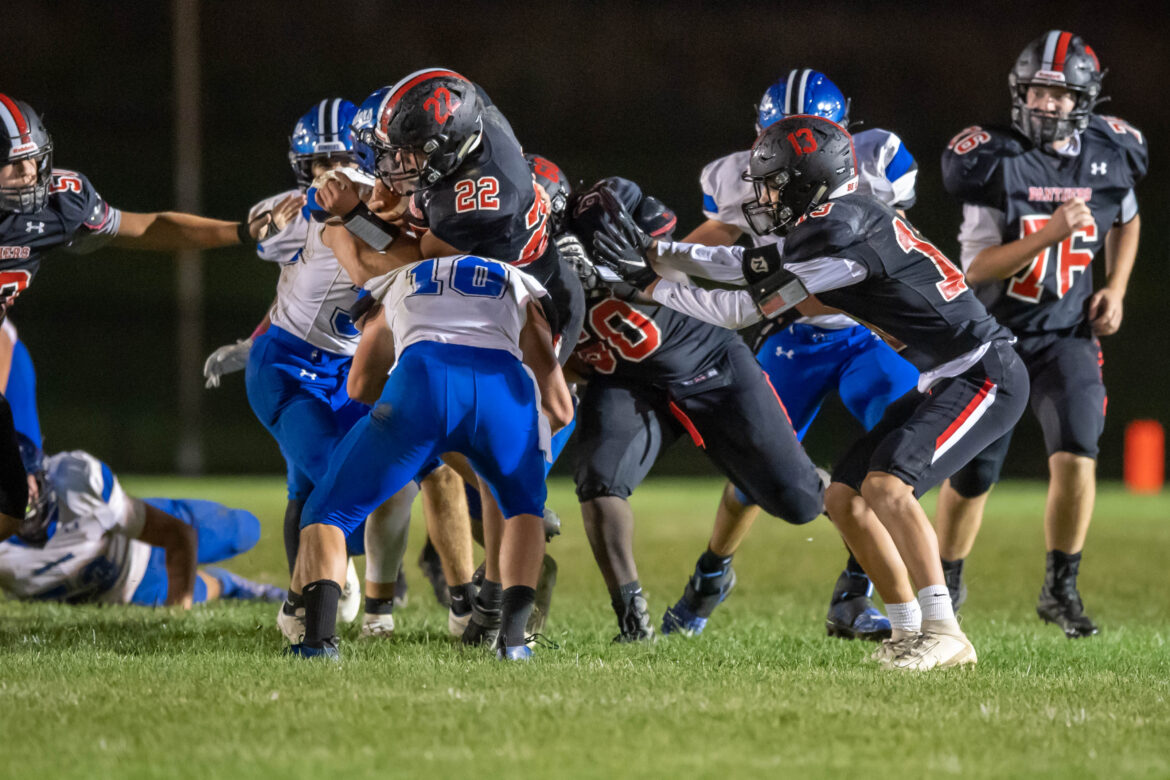 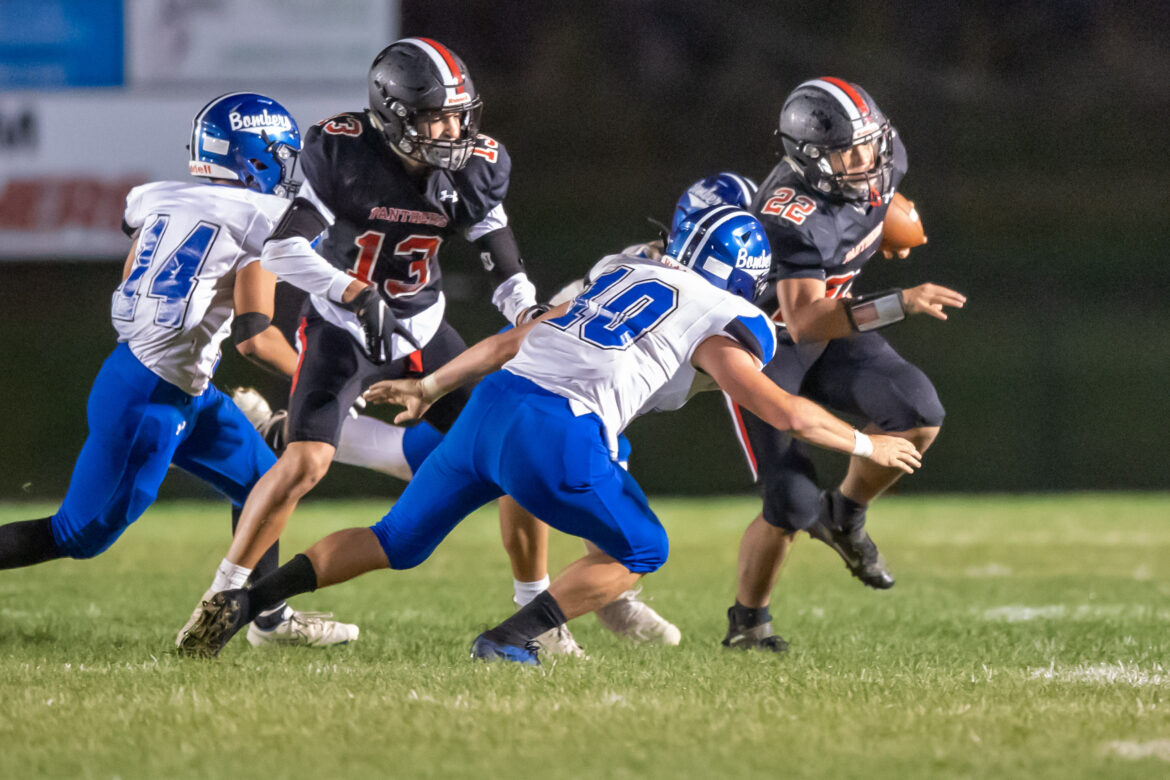 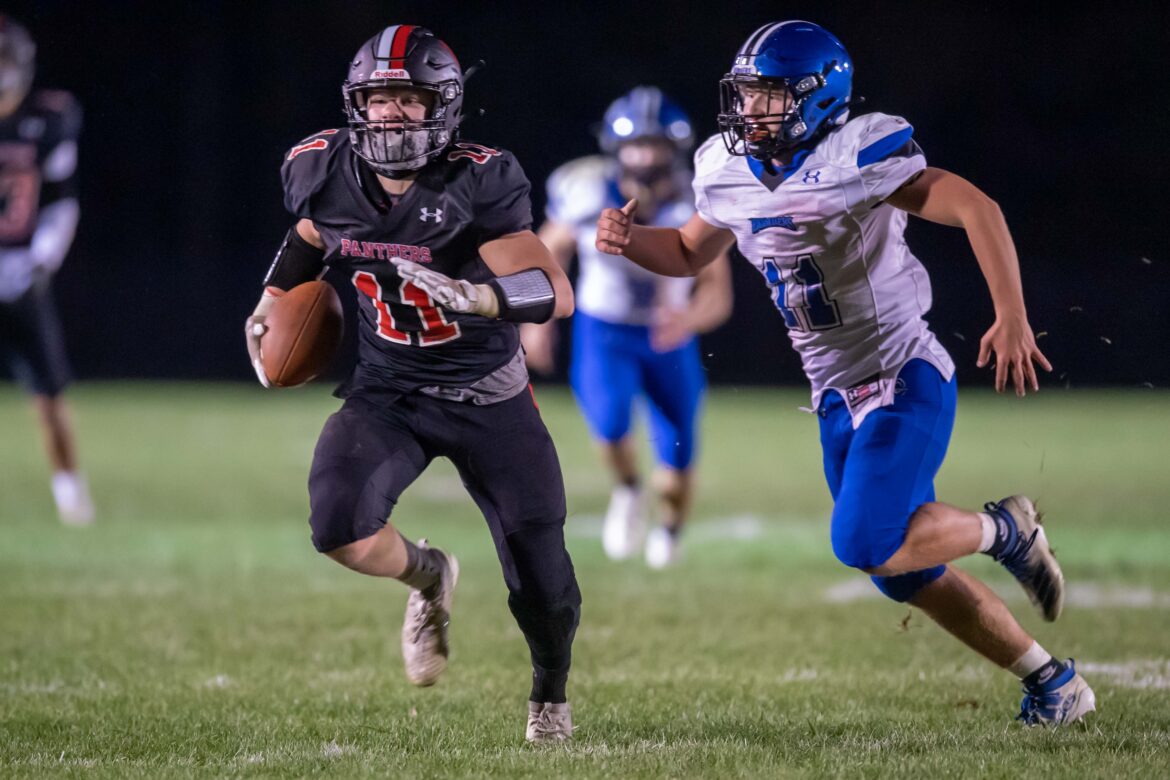 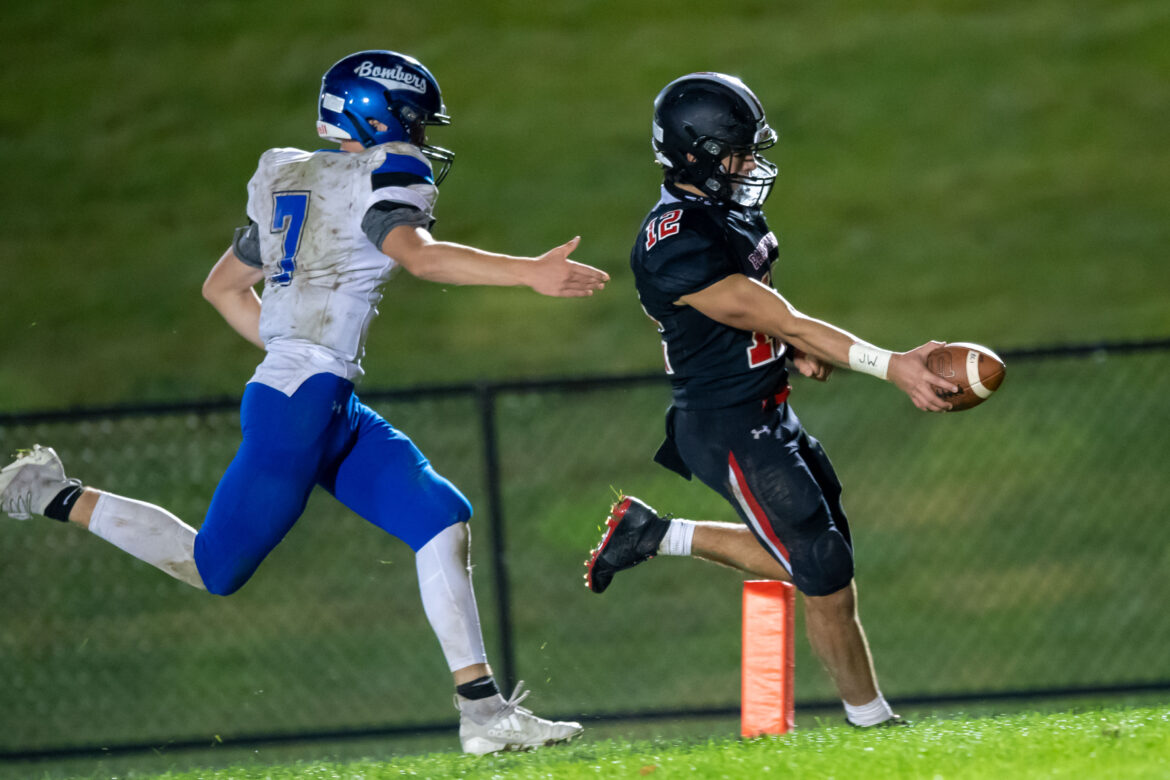 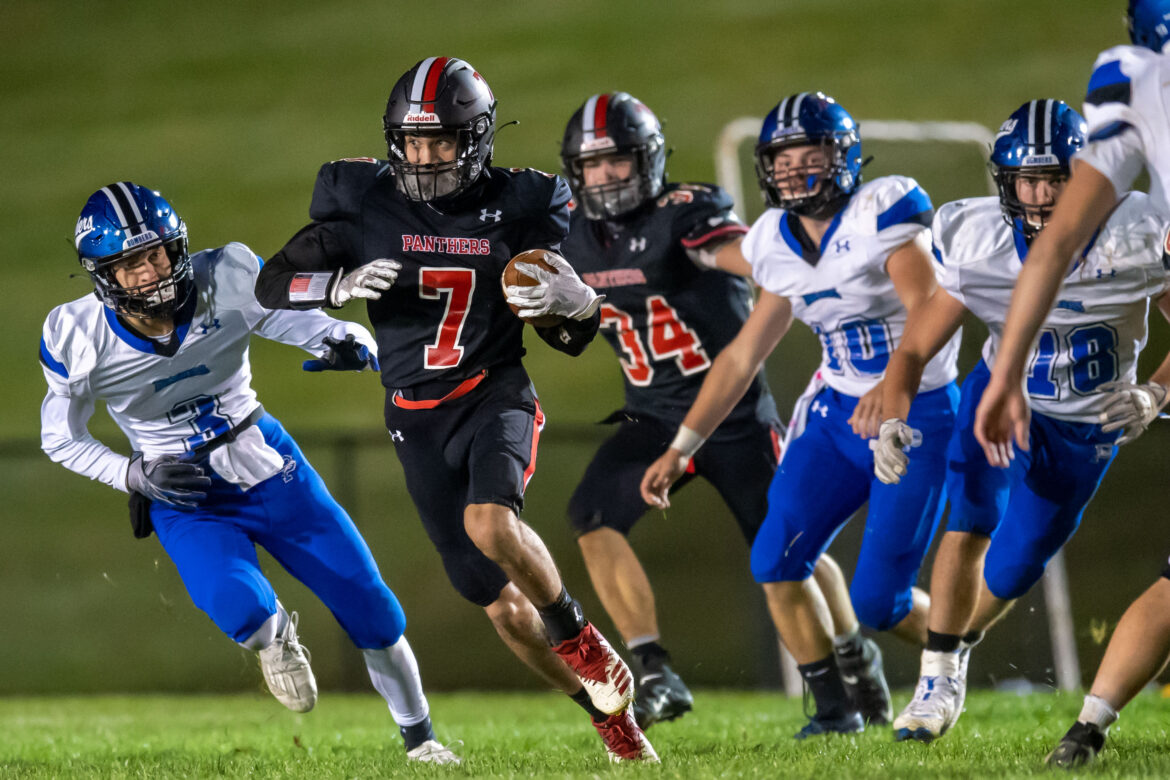 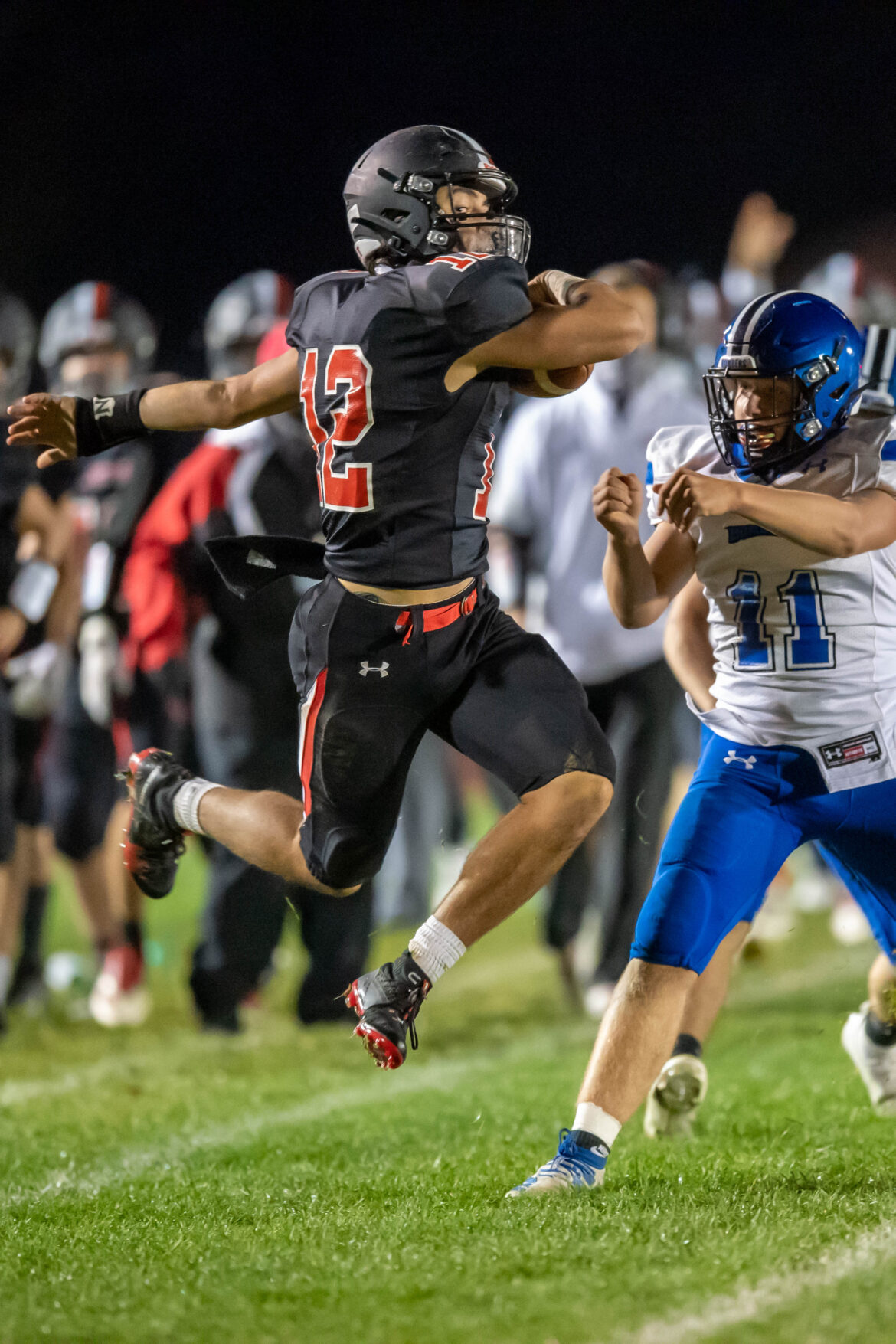 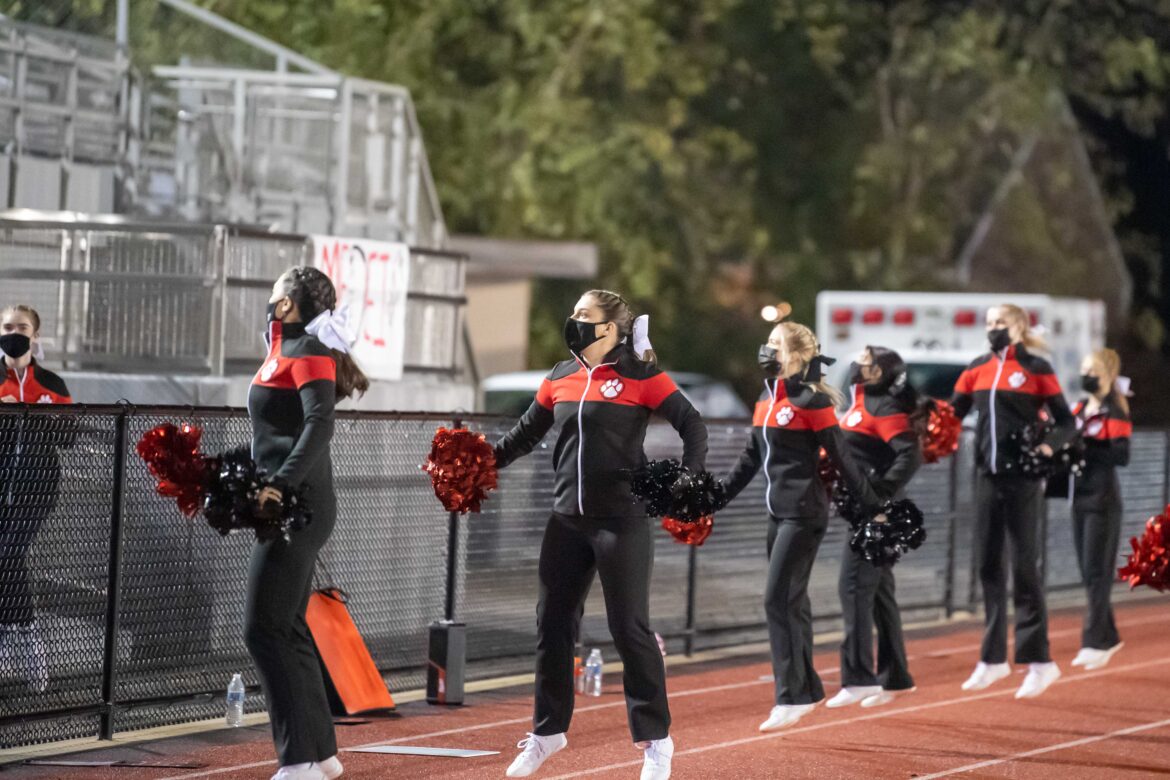 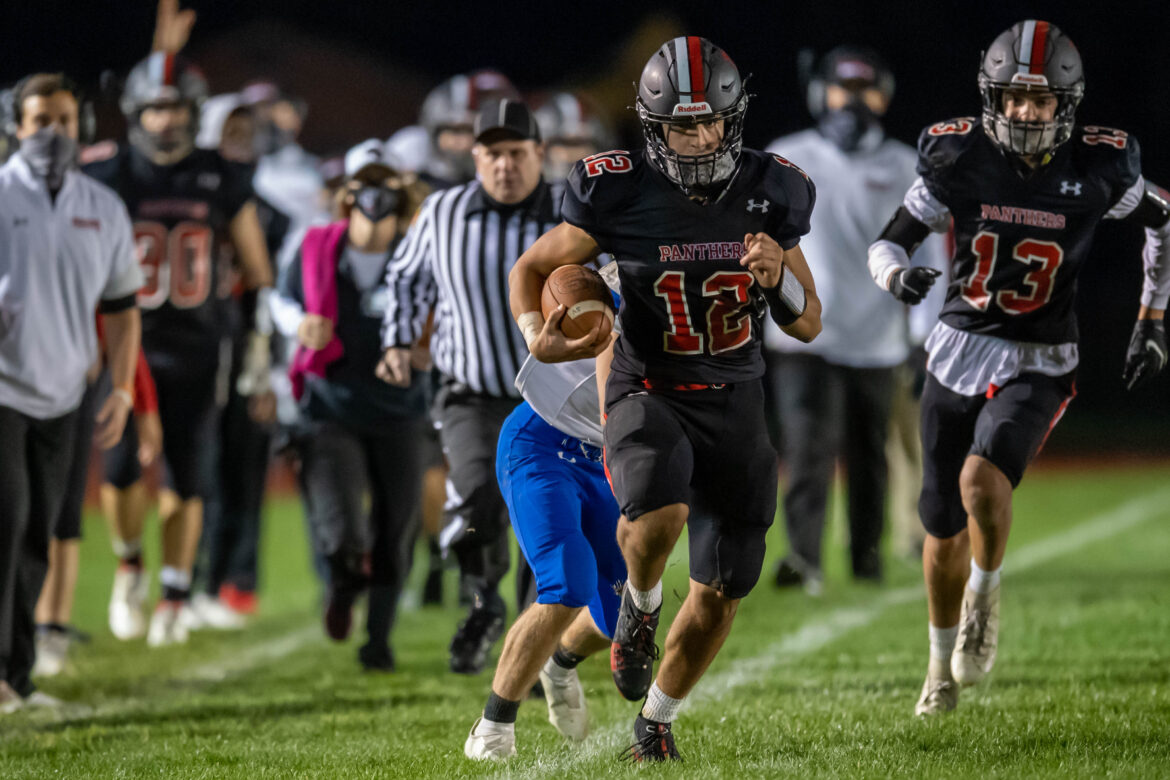 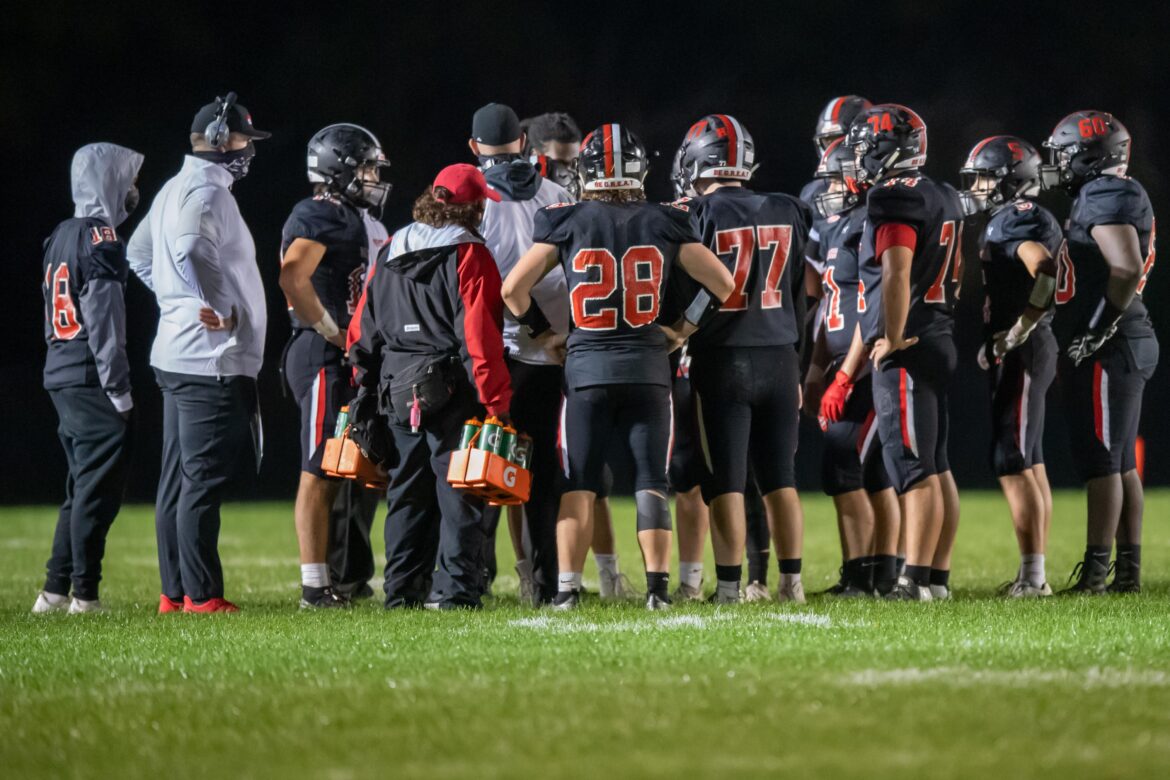 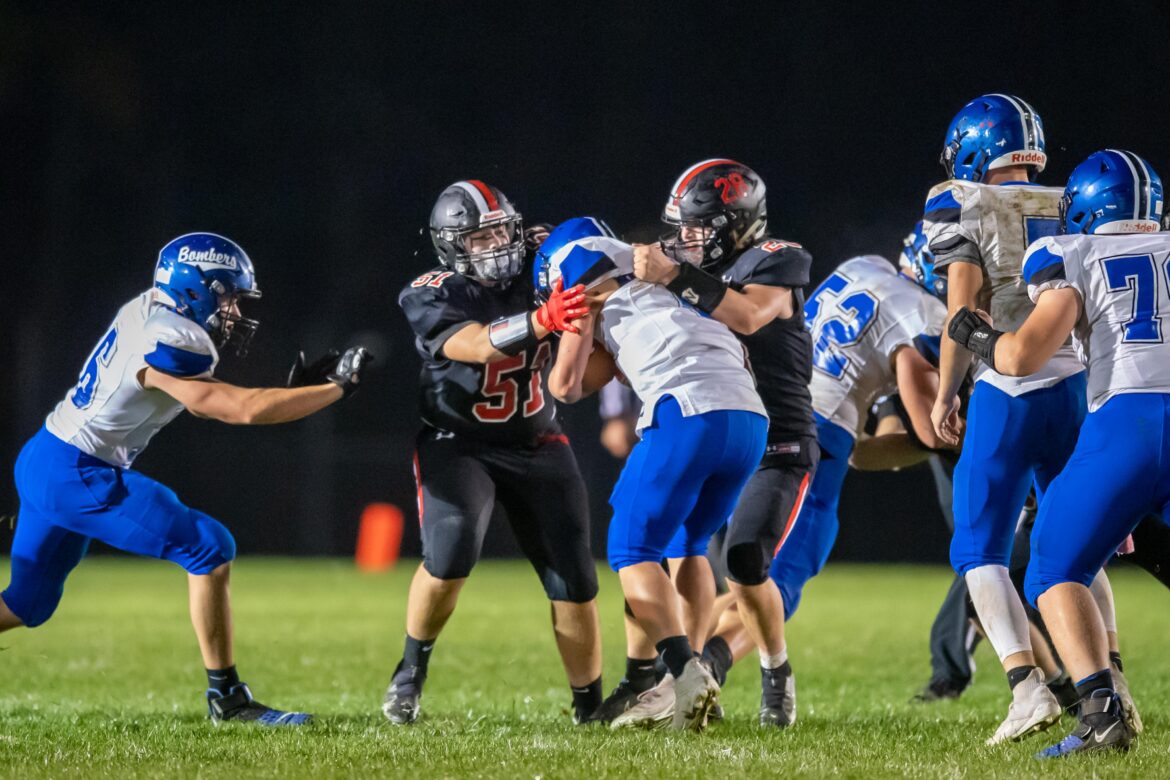 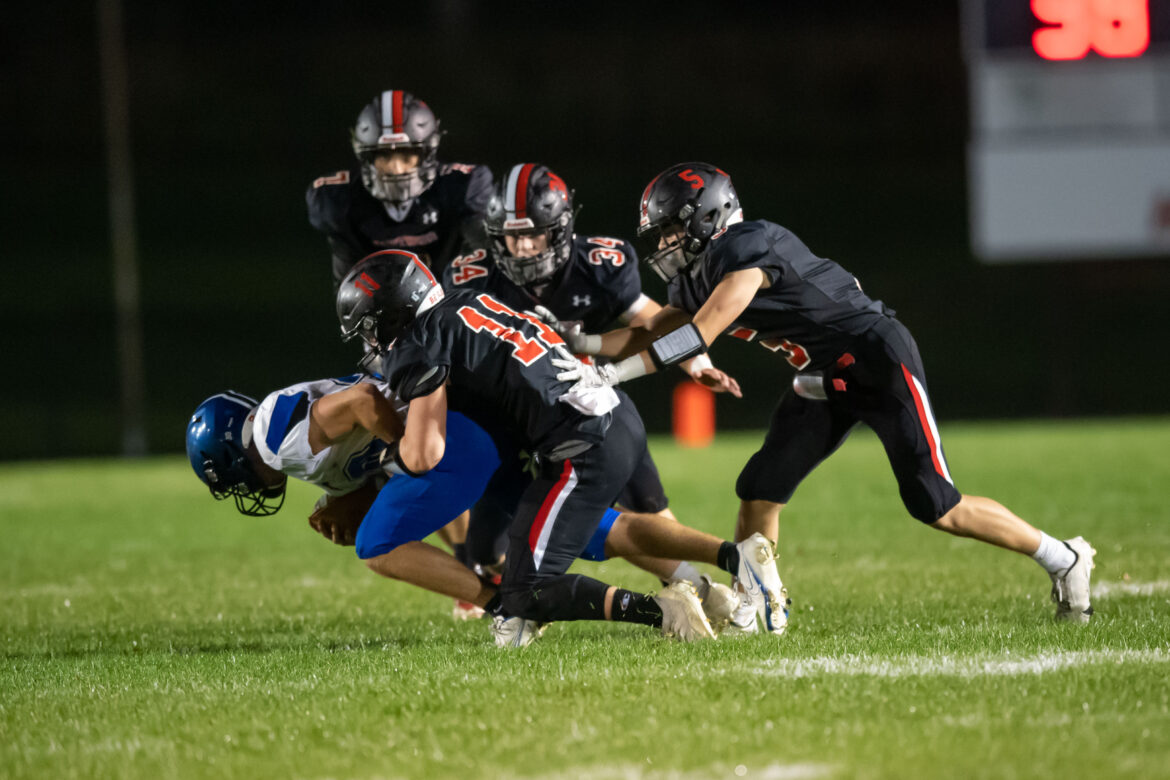 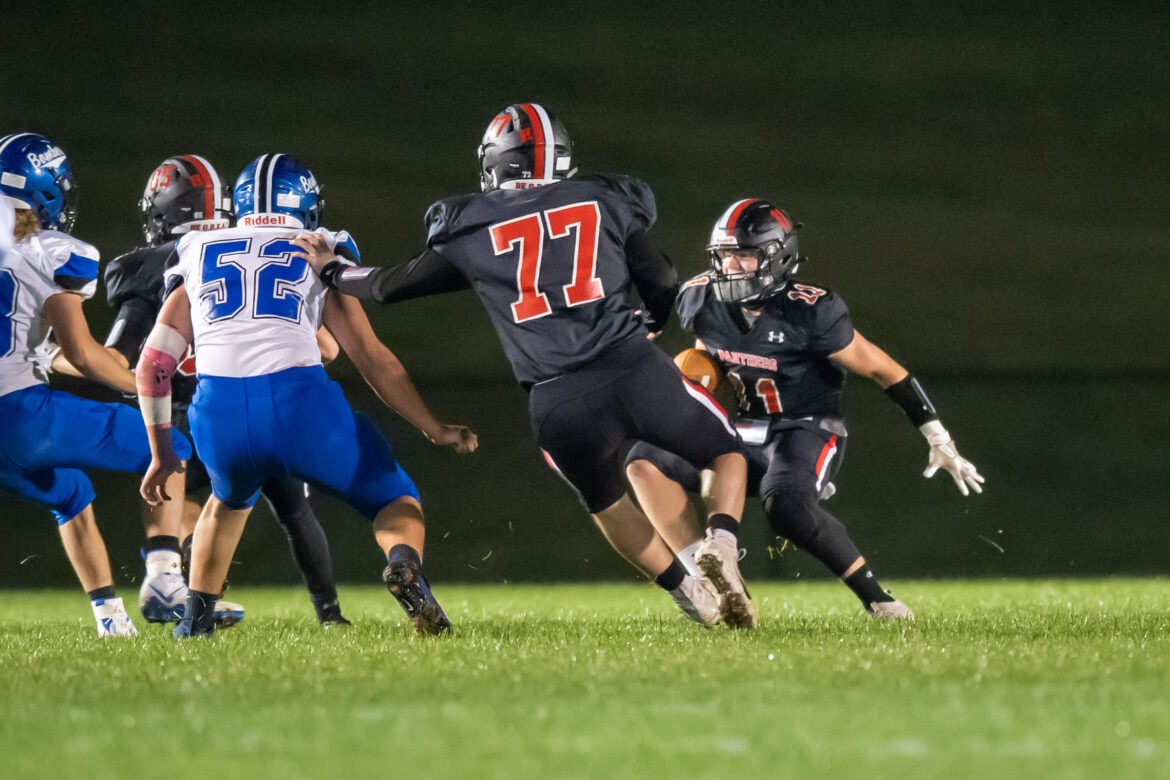 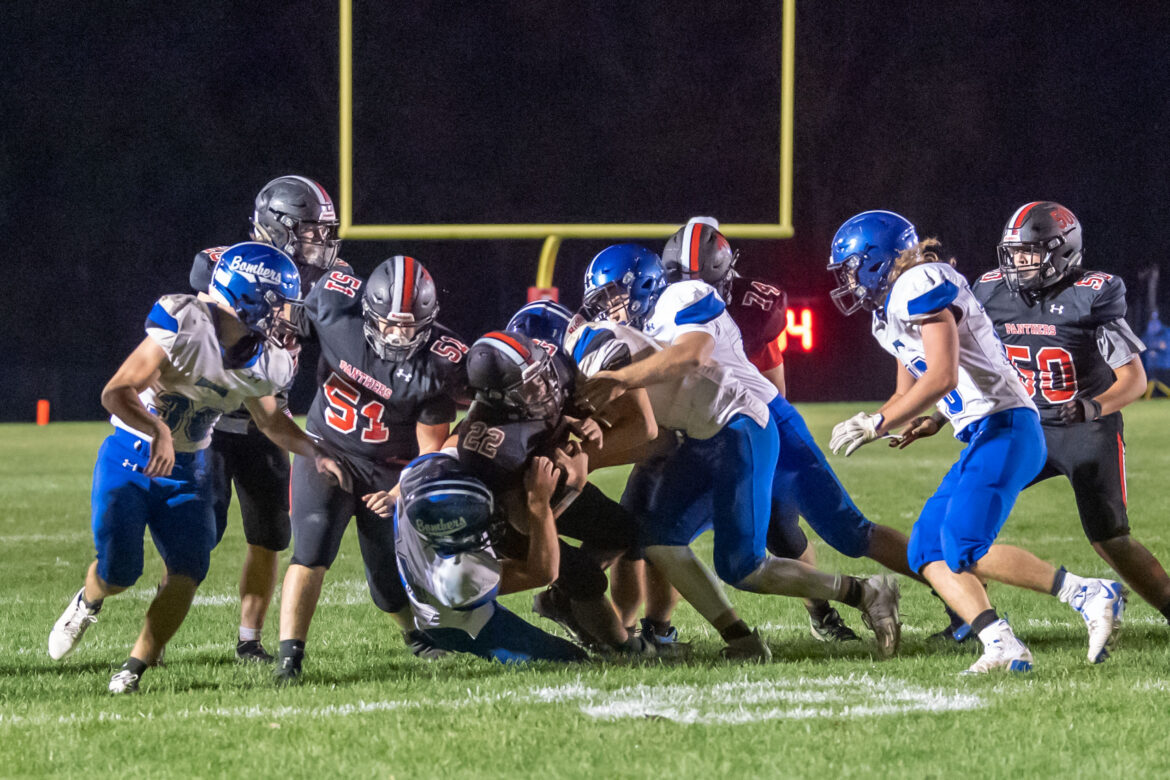 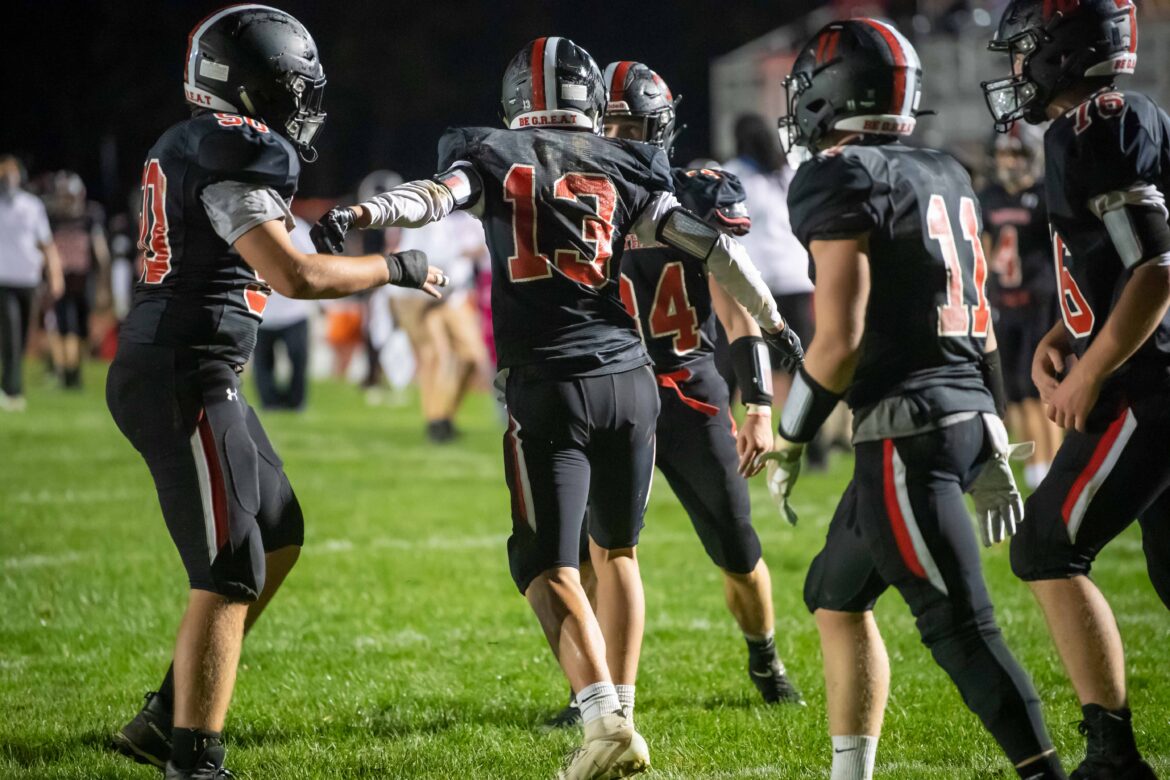