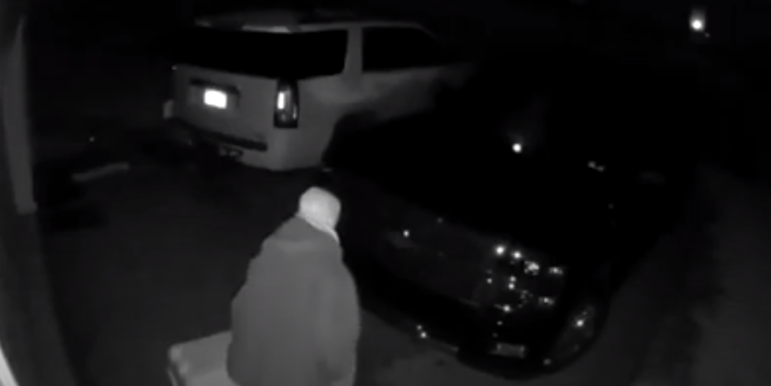 Lower Saucon Township Police are asking residents to keep their vehicles locked after a resident reported suspicious activity in the 2000 block of Amherst Drive Thursday. Pictured above is a screenshot from the resident’s surveillance video, in which an unidentified person can be seen walking around vehicles parked in a driveway.

In their post, police shared footage (video embedded below) from a resident’s surveillance camera that shows a man walking around two vehicles parked in a driveway in the 2000 block of Amherst Drive.

Police said the prowler was present at around 2:30 a.m. Thursday.

They urged all residents to lock their vehicles and remove or keep any valuables left in them out of sight.

Anyone with information about Thursday’s incident or who has identifying information for the person involved is asked to submit an anonymous tip through the department’s Crimewatch tipline, with reference to Incident #20201105M6818.