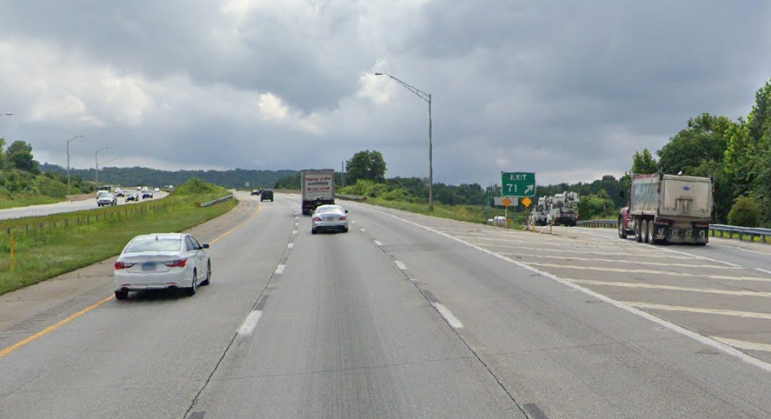 An Easton man is facing a felony charge after allegedly using his vehicle like a battering ram in an attempt to elude police who had pursued him from New Jersey into Pennsylvania on I-78.

“The stolen vehicle spun and came to a stop,” Investigating Officer Matthew Kelly wrote in the news release. “After stopping, the vehicle accelerated forward and rammed into a New Jersey State Police vehicle which was occupied by two troopers.”

Kelly added that while the maneuver pushed the cruiser into a guide rail, disabling it, neither trooper inside it was injured.

According to the news release, the operator of the vehicle was then taken into custody and identified as Brandon Marsalis Wesley, 29.

Lehigh Valley Live reported Tuesday that the van Wesley was allegedly driving at the time of the incident was a stolen vehicle.

In a story published on the site, several photos depict a white work van, which the publication identified as a a 2017 GMC Savana with a New Jersey registration.

According to court papers, in Pennsylvania Wesley is now charged with Felony 2 aggravated assault (attempts to cause or causes bodily injury to designated individuals), Misdemeanor 2 simple assault and summary harassment.

It is unclear what charges if any Wesley will face in New Jersey.

A preliminary hearing in his case is scheduled to be held Monday, Dec. 7 at 9 a.m. before District Judge Alan Mege in Lower Saucon Township, according to the docket.

Court papers did not list an attorney for Wesley.