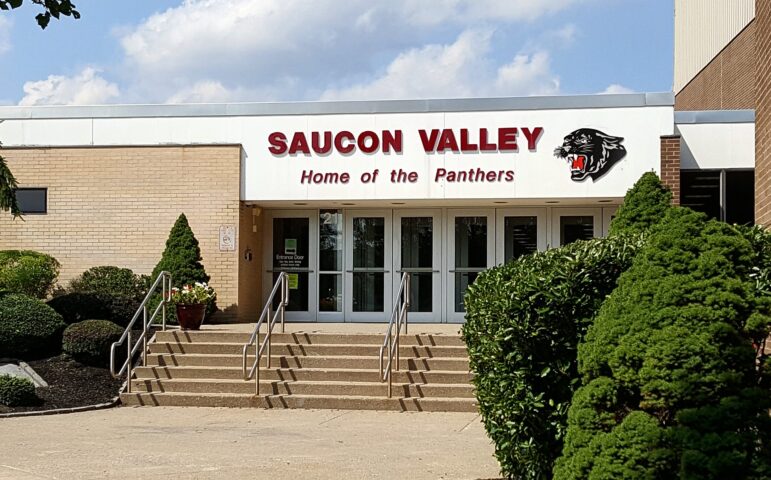 Although the year 2020 has ended, the COVID-19 pandemic continues to impact education and extracurricular activities in the Saucon Valley School District, with five additional cases confirmed and a high school athletic team quarantined during the first week of the new year.

In an email to parents Friday, Superintendent Dr. Craig Butler did not specify which high school sports team is being impacted by the most recently-reported cases, but said three student-athletes who study in-person at the high school tested positive.

He added that the cases did not originate “through interscholastic activity,” and said the school’s nursing staff have identified all of the students’ close contacts.

The latest cases bring the cumulative total number of cases in the district’s three schools–including the elementary school–to sixty-eight, including faculty and staff cases.

According to district statistics, there have been nine faculty or staff cases to date.

The following cumulative case totals by school are from the Student Health Statistics dashboard on the district’s website:

In a news release Friday, the Pennsylvania Department of Health announced that there were 10,178 new cases of COVID-19 confirmed during the preceding 24-hour period. That brought the total number of cases in the state to date to more than 700,000.

Also as of Friday, there were 5,491 people hospitalized with COVID-19 in Pennsylvania, according to the Department. The news release noted that the number of hospitalized COVID-19 patients is now “near double the peak in the spring.”

Approximately 1,100 patients–or 20 percent of those hospitalized with the novel coronavirus–are in intensive care units, the Department of Health reported.

Statewide mitigation efforts that included a ban on indoor dining over the Christmas and New Year’s holiday period were lifted at 8 a.m. Monday. Since then, the average statewide daily new case count has ticked up slightly, from 7,335 on Monday to 7,565 on Thursday, according to data compiled by the website CovidActNow.org. The total is still down considerably from mid-December, when the new cases average was more than 10,500.

The average for Northampton County has been following a similar trajectory, and as of Thursday stood at 240 cases a day, based on a seven-day rolling average. That number reflected an increase from Monday, when the average was approximately 220 cases a day.