A 19-year-old woman from Hellertown is facing felony robbery, attempted motor vehicle theft and other charges after police say she stole cigarettes and candy from a convenience store and then tried to flee the scene in an ambulance that was parked nearby.

In a news release Monday, police said Antoinette H. Froilan, of the 1100 block of Furnace Street, entered the Citgo store at 1020 Main Street shortly before 1 p.m. on Jan. 7. 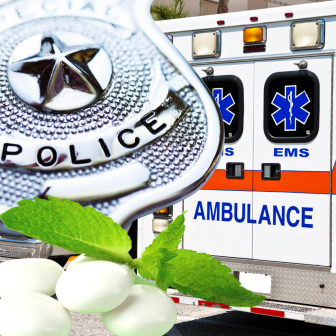 Upon entering the store, police said Froilan allegedly went behind the counter and stole two packs of cigarettes.

Police said that when confronted by a store employee, she shoved the worker and “then stole approximately four (4) rolls of Mentos mints on her way out of the store.”

According to the news release, officers who responded to the reported robbery were subsequently able to locate Froilan one block north of the convenience store, where police said she had entered an ambulance in an attempt to flee, only to discover that she was unable to operate it.

“She was briefly detained before being placed under arrest following a positive identification by a store employee,” the news release said.

According to police and court records, Antoinette Heather Froilan has been charged with:

Following a preliminary arraignment on the charges before District Judge Alan Mege on Jan. 8, Froilan was committed to Northampton County Prison in lieu of $25,000 straight bail, according to the criminal docket for her case.

A preliminary hearing in the case is scheduled to be held Wednesday, Jan. 27 at 10 a.m. before Mege in District Court 03-2-04 in Lower Saucon Township.

Court documents do not list an attorney for Froilan.