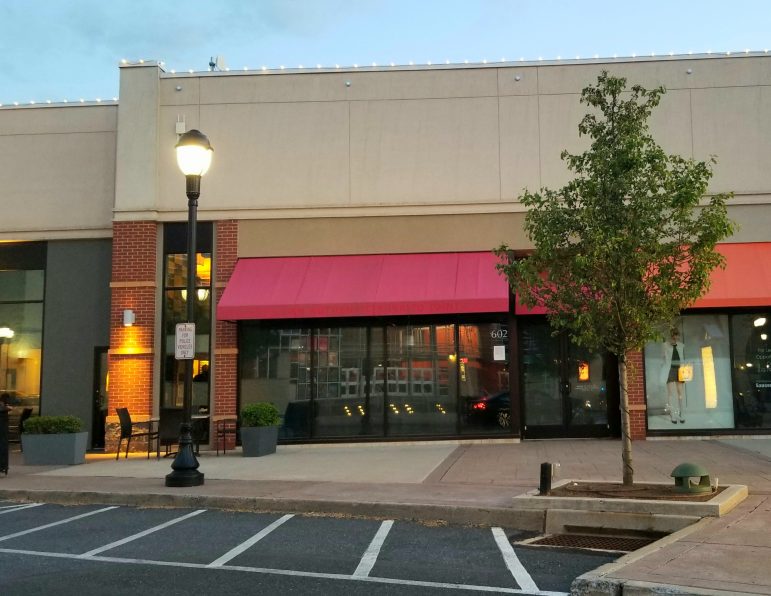 G & S Bella Mia Brick Oven Pizza and Francesca’s Italian Cuisine will be located in Suite 602 at the Promenade Shops at Saucon Valley, opposite the Carmike Theaters multiplex. Owner AnnaMaria Mesiti won the support of Upper Saucon Township supervisors Monday for an economic development liquor license she hopes to secure for the 75-seat eatery.

The owner of an Italian restaurant that will be opening in the Promenade Shops at Saucon Valley Monday received unanimous support from Upper Saucon Township supervisors for her bid to try and secure a special type of liquor license for it.

AnnaMaria Mesiti told the board in a public hearing that she is seeking an economic development liquor license from the Pennsylvania Liquor Control Board (PLCB) because she has been unable to obtain a regular liquor license on the open market.

Mesiti said she signed a lease for the space in the Promenade Shops before the coronavirus pandemic began in March 2020. In response to a question from a supervisor, said the lease is not contingent upon her obtaining a liquor license.

“It would be…helpful to have a license,” she told supervisors, adding that the restaurant will seat approximately 75 patrons; about 60 of them at tables and 15 more at the bar.

She described the concept for G & S Bella Mia Brick Oven Pizza and Francesca’s Italian Cuisine as pizza-focused, with an emphasis on quality.

The ‘G’ and ‘S’ in the name represent the first letters of her granddaughters’ names.

“Pizza is my specialty,” said Mesiti, who has previously operated Italian restaurants in Staten Island and Sullivan County, N.Y. “I will be using all homemade sauces and ingredients.”

That atmosphere inside G & S Bella Mia will be one that will transport guests to Italy, she said, and will include a custom-built brick oven in which as many as two dozen types of pizza will be baked.

“I like to have a relaxing atmosphere where I cater to my guests,” Mesiti told the board.

To help appeal to different segments of the dining public, she said there will be separate sections for families with younger children and adult guests.

Mesiti affirmed that less than 50 percent of her gross sales will be from alcohol sales, which is a requirement for anyone holding an economic development liquor license.

That type of license is her only available option, Mesiti said, since there are currently no regular liquor licenses for sale in Lehigh County. In Pennsylvania, the number of liquor licenses per county is based on population, and once the maximum number has been issued by the PLCB they are only available infrequently, and typically for large sums.

Only two economic development liquor licenses will be awarded to Lehigh County businesses this year, supervisors were told, and in spite of receiving the township’s blessing Mesiti must still have her application approved by the PLCB.

Mesiti said she currently lives in Sullivan County, N.Y., but plans to relocate to the Lehigh Valley.

“It’s all about having fun,” Mesiti said of her life as a restaurateur. “I enjoy what I do.”

The restaurant she expects will employ about a dozen people, and will be a boost to the Promenade Shops, she said.

The lifestyle center has had a storefront vacancy rate of nearly 30 percent, and new store openings have been few and far between since the pandemic began more than a year ago.

Mesiti said she has plans to offer some type of discount to movie-goers who show their ticket stubs at her eatery, once it opens for business.