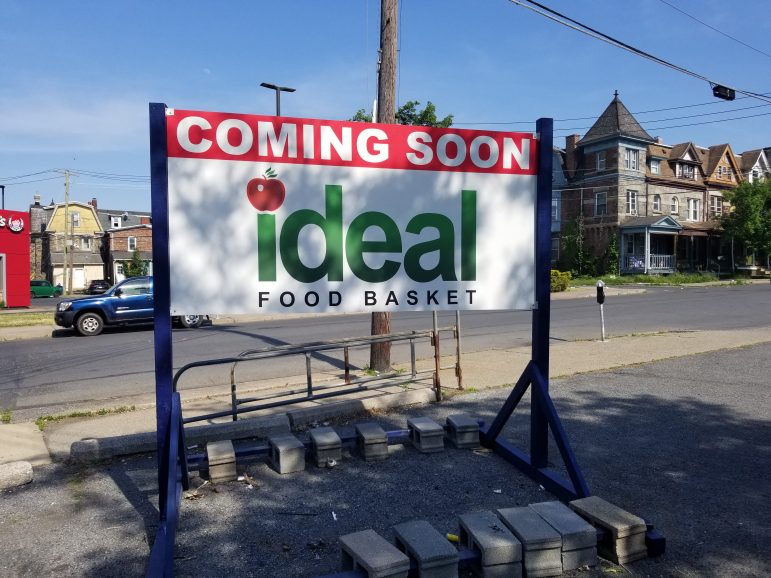 A new grocery store, Ideal Food Basket, will open in the former Ahart’s on Montclair Avenue in Bethlehem later this year.

When news broke earlier this spring that a landmark grocery store on Bethlehem’s South Side would soon close, concerns grew that the urbanized area would slip further into the “food desert” category. Fortunately, that won’t be the case, after the Ahart’s building on Montclair Avenue was purchased by a businessman who owns other area supermarkets.

The news station quoted Diaz as saying that the new store will be a full-service supermarket operated separately from the South Side C-Town, which is on Third Street. 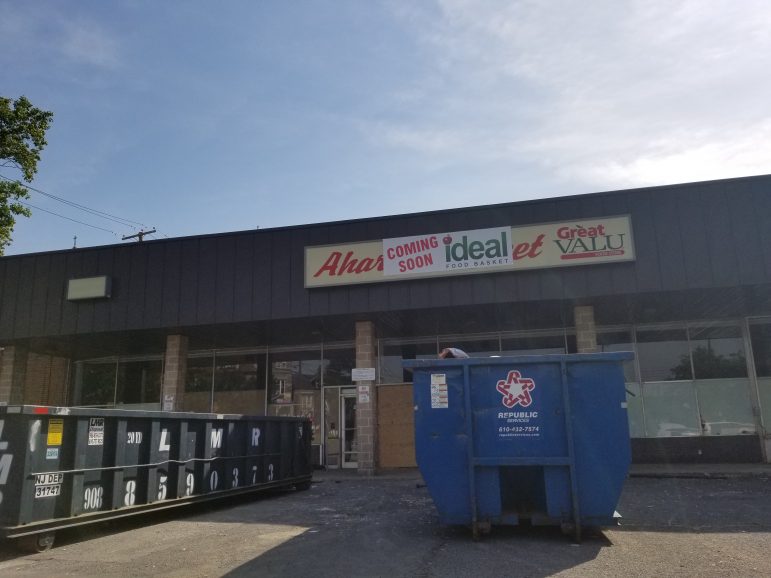 Dumpsters offered evidence Friday of the work that is now under way to renovate the former Ahart’s store, which will reopen as a different supermarket–Ideal Food Basket–later this year. The store is located on Montclair Avenue in Bethlehem.

Work on renovating the Ahart’s building has already begun and is evidenced by the two dumpsters that now occupy the store’s parking lot.

A banner hung over the Ahart’s Market sign on the front of the building and a large sign at Montclair Avenue and Broadway that advertises “Ideal Food Basket…Coming Soon” offered further proof that extensive renovations are under way.

“With more growth on the horizon, Ideal Food Basket grocery stores continue to have a strong mark throughout the neighborhoods of Queens, Brooklyn, Manhattan and Long Island,” the site’s About Us section states. “As we celebrate our 12th year anniversary, our focus remains on serving our customers and the communities we are in.”