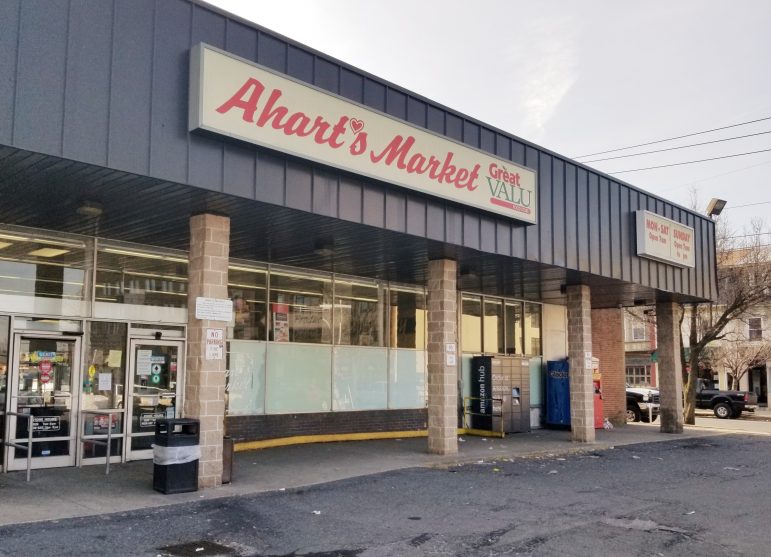 Ahart’s Market on Montclair Avenue in South Bethlehem has filled a void for many low-income shoppers for nearly 20 years. With the landmark grocery store scheduled to close April 30, concern is growing over how to maintain access to fresh food for residents of the area, which the U.S. Department of Agriculture has labeled a food desert.

Ahart’s Market in South Bethlehem has offered healthy and affordable food options to locals for nearly 20 years, however that’s about to change.

The neighborhood grocery store recently announced it will close April 30 due to what it said were profitability issues related to COVID-19.

The South Bethlehem area is already considered a food desert, according to the U.S. Department of Agriculture, meaning that access to a reliable supply of fresh food and vegetables is limited. Corner stores, bodegas and fast food restaurants–which often sell highly-processed foods loaded with salt and sugar–typically fill the void in a food desert.

There are plenty of those establishments in South Bethlehem, but the closure of Ahart’s will leave C-Town on E. Third Street as the only full-service grocery store in the area. Many residents who rely on the stores for groceries are lower income and lack access to a car, meaning they’re likely to be disproportionately impacted by the loss of the only other supermarket nearby.

According to U.S. Census data, 25 percent of the South Side’s roughly 17,000 residents live within a half-mile of Ahart’s. Nineteen percent of South Bethlehem residents lack access to a car and 25 percent live below the poverty line, according to the latest data.

Bethlehem resident David Acus said he is physically disabled and able to take the bus to Ahart’s, but that isn’t the case for a lot of locals.

“There’s others, perhaps, older people,” he said. “They aren’t able to take the bus, don’t have relatives and can’t drive. I think they in particular are affected the most.”

Acus said the COVID-19 pandemic has definitely played a role in the store’s shutdown. He said it has also increased reliance among residents on government agencies such as soup kitchens and food banks, which have seen an uptick in patrons over the past year.

Til Kellem, another local resident, said people who don’t have cars will be the most impacted Ahart’s closure and will soon start scrambling to find other grocery options.

Also impacted will be the store’s employees, many of whom live locally. 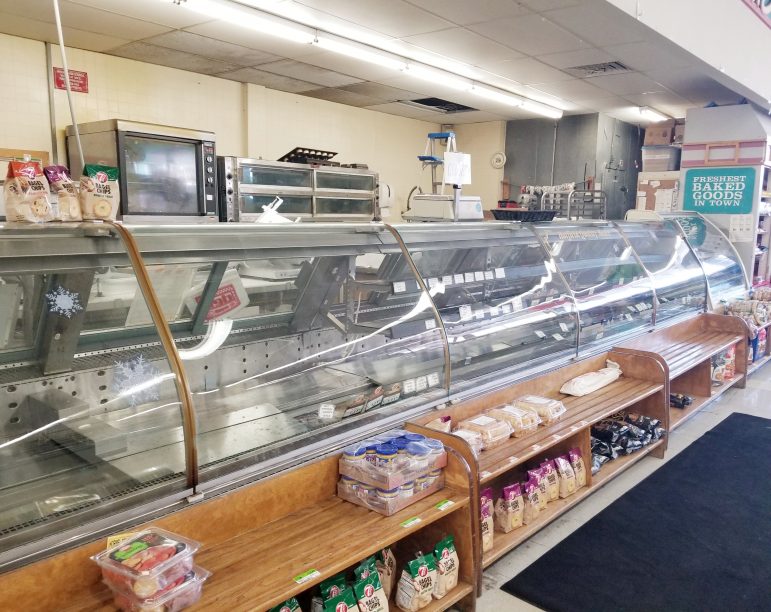 A sign taped above the empty deli case inside Ahart’s Market in South Bethlehem announces its closure. The entire store is scheduled to close April 30. Whether or not another grocery store will replace Ahart’s at that location is unknown.

“It’s going to be a big problem,” he said. “You got Wendy’s, CVS and junk food. You got fruits, vegetables in here, meats. The other store right now is Wendy’s. All junk.”

Andrew Principato, a Lehigh student, said Ahart’s was the primary grocery store he went to since it was within walking distance, but he will probably start shopping at C-Town now. He said outside of C-Town South Bethlehem will now be lacking a big grocery store.

“It seemed like Ahart’s was the biggest grocery store in the area,” Principato said. “So not having Ahart’s here anymore just leaves a couple of the smaller options.”

He said a potential solution to replacing Ahart’s could be persuading a larger grocery store chain to move into that location, which is on a major thoroughfare near the university.

Efforts by local representatives and organizations to ensure there’s a replacement for Ahart’s are also under way.

A petition urges Bethlehem Mayor Bob Donchez and Bethlehem City Council to “take swift action to secure a new grocery store for the western end of South Bethlehem at the current location of Ahart’s Market.”

Three candidates for Bethlehem City Council have made finding a replacement for Ahart’s a top priority for their upcoming campaigns.

One of them, Kiera Wilhelm, has shared the petition for local residents on her campaign Facebook page as well as a survey she said will help the Kellyn Foundation of Tatamy formulate a plan to operate a mobile Southside food market to help fill the void Ahart’s leaves. The Kellyn Foundation “is a 501(c)(3) non-profit corporation with a mission to develop, support, facilitate and implement programs that encourage family and community physical and emotional wellness,” according to the organization’s website.

Due to its implications for a large number of residents, replacing Ahart’s was a significant topic of discussion at the March 23 Bethlehem City Council meeting.

Rachel Leon, who is also a candidate for city council, recently posted the survey on her Facebook page and asked residents what foods are most important to them and their families.

Hillary Kwiatek, another candidate for Bethlehem City Council, said on her Facebook page that there was strong support from community members advocating for a new grocery store.

“For many residents, a car simply isn’t an option for shopping and the bus can take hours,” Kwiatek said on Facebook. “Ensuring the continuation of walkable access to quality produce and groceries on the west side of South Bethlehem is a critical need.”

The Bethlehem Food Co-op recently announced that it will open its long-anticipated store on E. Broad Street in North Bethlehem, near Center City. Co-op board president Kelly Allen said lease negotiations for that site lasted nearly a year-and-a-half. To listen to our recent podcast interview with Co-op board member Carol Ritter, click here.