A former Saucon Valley School District staff member who led a mentorship program and counseled students with emotional or behavioral issues in the district for nearly a decade has been charged with having sex with a minor and drug possession in Charlotte County, Fla. 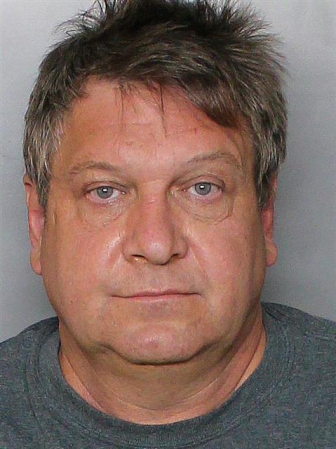 Russell Carawan, 56, is charged with having sex with a minor in Charlotte County, Fla. Carawan, pictured above in a 2018 Charlotte County Sheriff’s Office booking photo, was employed by the Saucon Valley School District as a counselor until the fall of 2015.

Russell Teilar* Carawan, 56, relocated to the Sunshine State sometime after leaving the district, which according to his LinkedIn profile was in 2015. He was later disciplined by a state education commission after charges related to alleged “boundary violations” with Saucon Valley students were brought against him by the Pennsylvania Department of Education in 2017.

ABC7 News in Sarasota reported last week that Carawan was arrested Thursday for allegedly having sex with a male juvenile he met on the GRINDR app after law enforcement officials in Charlotte County executed a search warrant on his home in the 800 block of Silver Springs Terrace NW in Port Charlotte. The news station report indicated that Carawan’s home allegedly matched a description the minor gave police, and that officers allegedly found drugs–including methamphetamine and the prescription drugs Xanax and Alprazolam–in the residence. It also reported that Carawan allegedly offered the minor narcotics before the alleged sexual activity took place.

State education records indicate that in early 2018, Carawan voluntarily surrendered his educator certification and employment eligibility to serve as a charter or cyber charter school staff member or a contracted educational provider staff member in Pennsylvania under an order from the state’s Professional Standards and Practices Commission (PSPC). 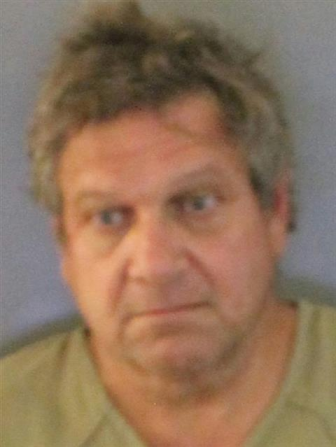 Above, Russell Carawan, 56, in a booking photo taken by the Charlotte County Sheriff’s Office following his arrest in Florida Thursday on charges of having sex with a minor and drug possession. A resident of Port Charlotte, Fla., Carawan previously worked for the Saucon Valley School District as a counselor and mentorship program director for nearly a decade.

The memorandum accompanying the order says that on or about July 7, 2017, the Pennsylvania Department of Education filed a Notice of Charges against Carawan “alleging that he engaged in boundary violations with several female students while employed as a counselor with Saucon Valley School District.”

The nature of those allegations is not disclosed in the memorandum, and Carawan was not criminally charged in connection with them, according to a search of online court records.

According to his LinkedIn profile, by 2017 Carawan was working as a therapist at a facility in Port Charlotte, Fla.

“Prior to a hearing, (Carawan) agreed to surrender his educator certification and employment eligibility,” the 2018 PSPC memorandum states. It notes that attached to the order was an affidavit Carawan signed “evidencing his voluntary surrender” of his certification. It further states that “pursuant to the Educator Discipline Act, surrender of a certificate and/or employment eligibility constitutes discipline” in Pennsylvania.

In the employment history section of his LinkedIn profile, Carawan highlights his Saucon Valley School District employment, part of which involved use of a grant to “create a program where older students are trained to be a positive role model for their younger peers.”

The mentorship program he developed was highlighted in several news stories published a decade or so ago, including a June 2011 Hellertown-Lower Saucon Patch article that described a presentation about it that was given to the Saucon Valley School Board.

The story notes that at the time, 336 students were involved in the program as either mentors or mentees, and includes praise for it from parents and others.

Outside the mentorship program, as a Mental Health Treatment Specialist/Student Specialist in the Saucon Valley School District from August 2006 to September 2015, Carawan states on LinkedIn that he worked with students who were “most at risk of academic and social failure due to emotional and/or behavioral issues.”

The LinkedIn page lists Carawan’s current employment as that of a social services director at a hospital in Punta Gorda, Fla., however a hospital representative told ABC7 News he is no longer employed there, the station reported.

In a 2018 arrest record on the Charlotte County Sheriff’s Office website, Carawan’s occupation is listed as “therapist.” The current arrest record does not list an occupation.

Charlotte County Sheriff’s Office records indicated that as of Sunday, Carawan remained incarcerated on the more recent charges, which include:

The cumulative total bail for the charges Carawan is facing is $150,000, according to the sheriff’s office records.

The arrest record did not list an attorney for Carawan or any future court dates that may be scheduled.

Note: All individuals charged with a crime are presumed innocent until proven guilty in a court of law. This story was compiled using information from the Charlotte County Sheriff’s Department in Charlotte County, Fla., and other public information sources.