Fountain Hill Councilwoman Jamie Johnson announced at the July 6 council meeting that the borough will be enforcing its pool rules more strictly than it has in the past. Johnson said the stricter enforcement is the result of complaints over the pool’s reputation, as well as systemic failure to properly enforce the rules in prior years.

Partly in response to a hectic start to the pool season, which was intensified by hot weather, officials in Fountain Hill are doubling down on the enforcement of pool rules.

“I have heard from a number of residents over the years that they refuse to use the pool because of the reputation the pool has, and we are actively working to change that reputation by ensuring that all of the pool rules that are posted are now enforced,” said Johnson, who serves as the head of Fountain Hill’s Recreation Committee.

Johnson also addressed questions pertaining to individual pool rules in a Facebook post from July 5 (the full list of Fountain Hill Pool rules is included at the end of this article).

“We’re operating at a capacity based on the number of guards that are on duty each day,” Johnson said, adding that they operate in compliance with American Red Cross certifications. “We’re trying our best to make sure that at least one pool is open at all times.”

Johnson added that while the Fountain Hill Pool is open to both borough residents and non-residents, it has not yet reached maximum capacity this season.

It was also announced at the July 6 council meeting that the pool’s snack stand may open this summer, assuming it passes a health inspection, thanks to a resident’s offer to operate the stand.

Jynei Polek, who runs the seafood catering company Krabby’s Seafood Shack, will be joined by her husband, Kevin, in staffing and operating the pool’s snack stand.

Johnson could not immediately provide a timeframe for when the snack stand may open.

Visitors to the pool will still be allowed to bring their own food and snacks, however coolers are not allowed inside the facility.

Daily admission rates for the pool’s 2021 season may be found on the borough’s website.

In other business, the members of borough council met in executive session July 7 to conduct a second round of interviews to fill the Fountain Hill borough manager position.

Johnson said an update on the hiring process may come at the next council meeting on Wednesday, July 21 at Borough Hall, which is located at 941 Long Street, Fountain Hill. 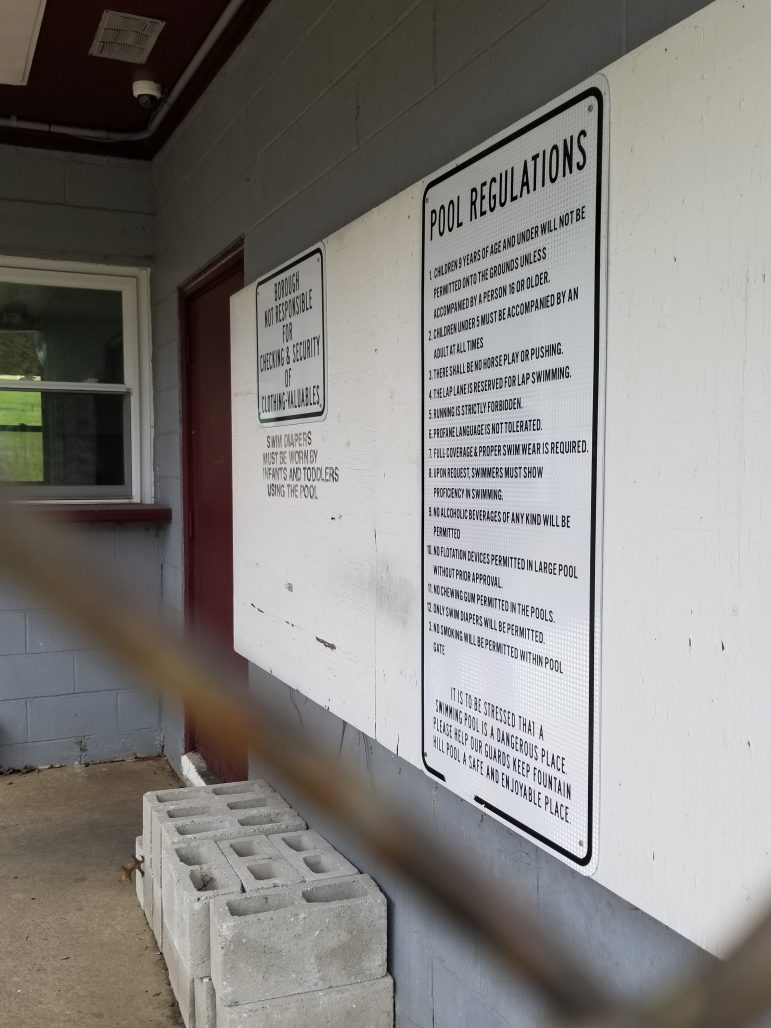 The rules for the Fountain Hill Swimming Pool are posted outside the cashier’s office, near the entrance to the facility, which is located at Dodson Street and Stanley Avenue, behind the Wawa at 1429 Broadway.