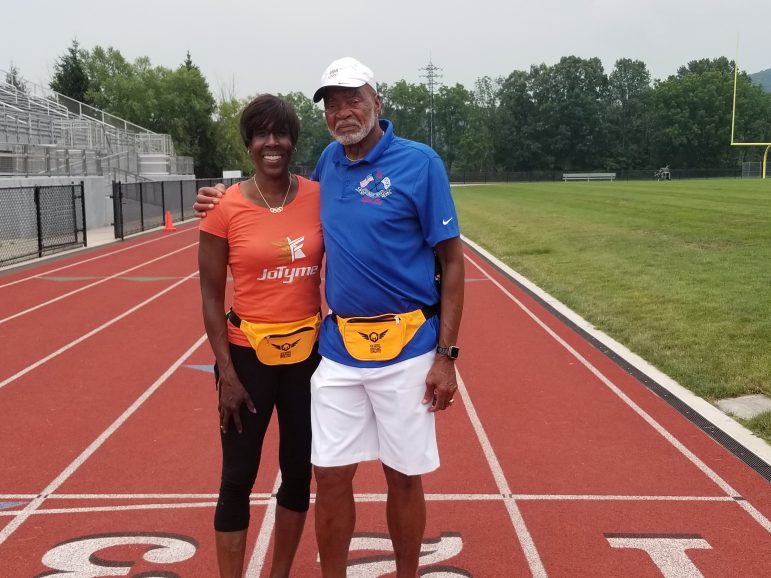 This week the eyes of the world are on the Games of the XXXII Olympiad which just opened in Tokyo, and among those who are watching is Olympic long jumper Norman Tate, who competed in the 1968 Summer Olympics in Mexico City.

Tate visited the Hellertown area earlier this month as a guest of Joetta Clark Diggs, whose Determined to Reach Your Destiny Speed, Agility & Track Camp for kids at Saucon Valley High School.

The camp, which drew about 50 participants from elementary, middle and high school, was sponsored by Surre Goldberg Henry & Associates, NYINI Luxury, Crum & Forster and TheCurrnt.com Jewelry.

Diggs–herself a four-time Olympian–recently spoke about her experiences on and off the track in a No Rain Date podcast interview with Saucon Source publisher Josh Popichak.

At 79, her friend Tate is still active in the world of track & field as a coach at New Jersey’s Rowan University, and he said he’s always available to help Clark Diggs’ young campers.

Speaking to the campers during a mid-day break in the gym on what was a sweltering July day, Tate told them always to remember “the main thing.”

Tate said it means a lot to him to be able to give back to young people after the success he has experienced in his life. That’s especially true because growing up, he said he didn’t have the exposure to talent that some kids and parents today might take for granted.

“Sometimes a little attention goes a long way,” he said. “I think it’s important for our young people to have people who give them attention, and who they can look up to.”

“I think we need more mentorship from our older athletes,” he added. 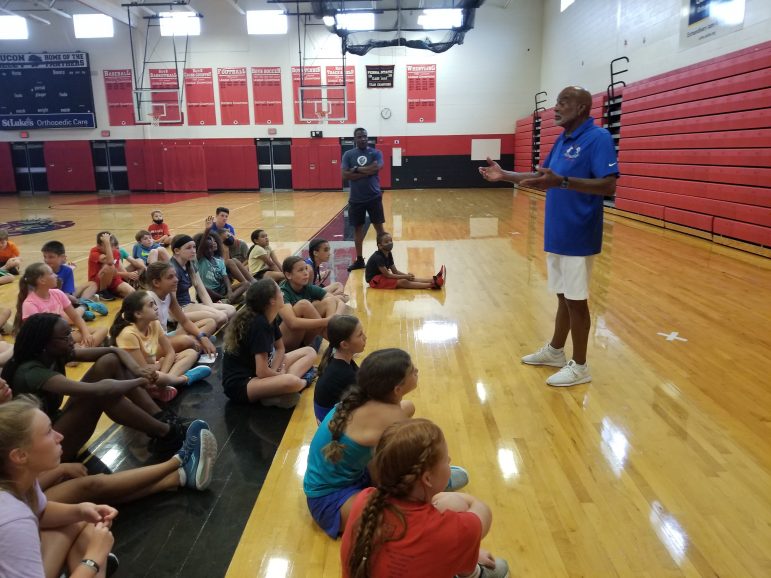 Asked to share some of his thoughts about this year’s Olympic Games, which were delayed a year and are now taking place under the lingering shadow of the coronavirus pandemic, Tate expressed cautious enthusiasm for them.

“It’s going to be a different Olympics,” he remarked, because the virus “is still a scary thing to have to deal with.”

He said the fact that there won’t be any spectators to cheer for athletes from their home countries could also be a psychological factor for some on the field of competition.

Spectators are banned from attending Olympic events due to the risk of contagion.

Tate said he’ll have his eyes on American women Sydney McLaughlin and Dalilah Muhammad in the 400 meter hurdles at the Tokyo Games, predicting theirs will be “a very competitive race.” 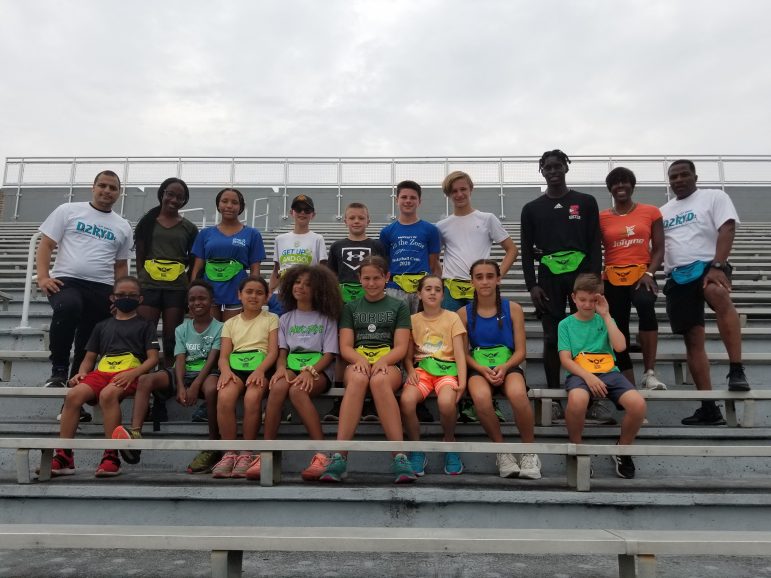 Track camp participants pose for a photo in the SVSD stadium bleachers with Joetta Clark Diggs and other camp coaches.

Saucon Valley rising senior Emma Szydlow, who will also no doubt be watching the Tokyo Games, said the camp had already helped her improve her running.

Having participated in track and cross country since seventh grade, Szydlow said she appreciated getting tips on her form from former top U.S. track stars.

“Each one, teach one. I really believe that,” said Tate.

“Even kids that may never go further than high school track, they’ll never forget this,” he said, though he added, “hopefully we may have motivated some potential Olympians today.” 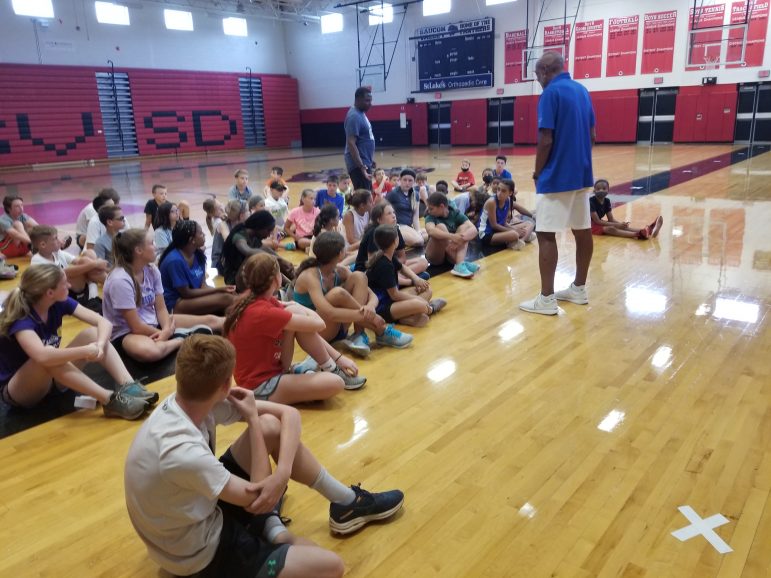 “I’m doing something that I like doing,” said former Olympian Norman Tate, who at 79 is still coaching the track stars of tomorrrow at Rowan University in New Jersey. “I don’t look at it as a job.” 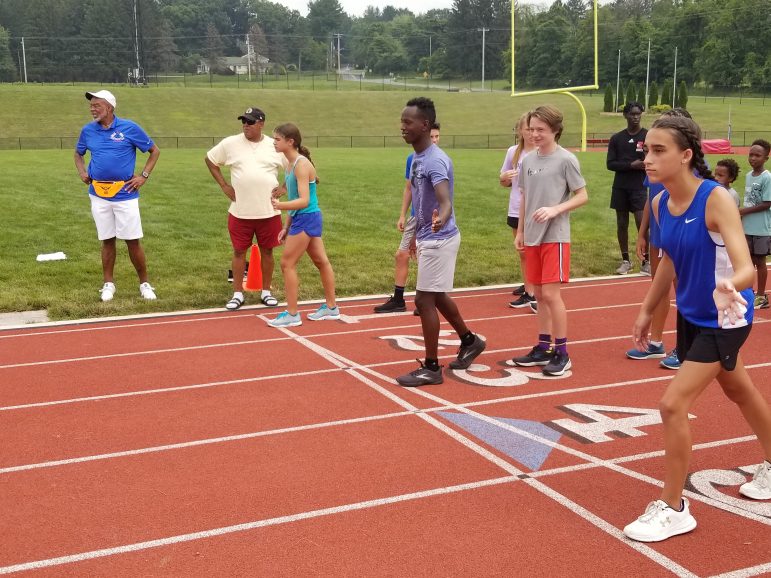 Participants in the track camp run by former U.S. Olympian Joetta Clark Diggs compete in a relay race on the Saucon Valley School District Stadium track. Pictured at left is guest speaker/coach Norman Tate, who competed in the 1968 Summer Olympics in Mexico City. “Never give up. Dreams come true,” he told campers. “But you have to make it happen.” 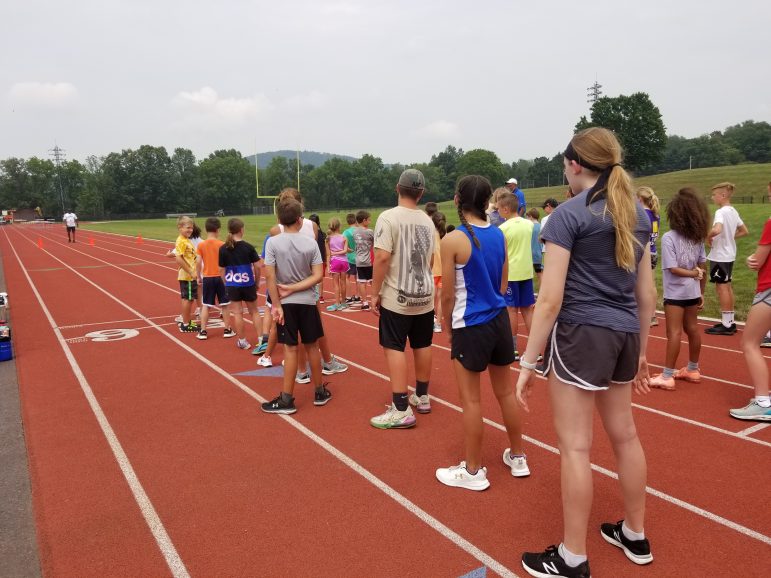 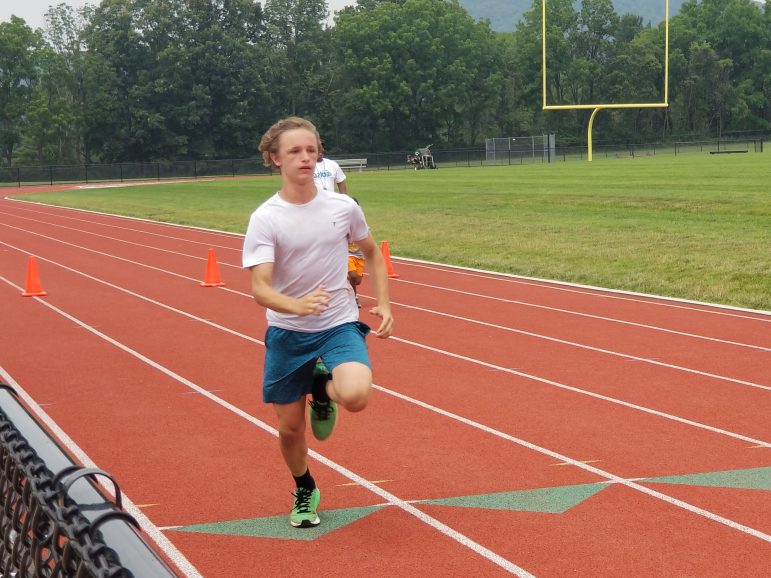 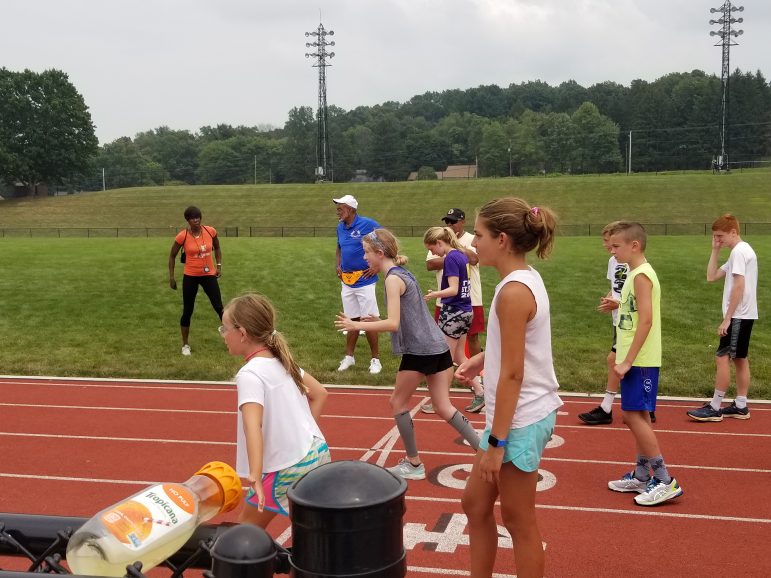 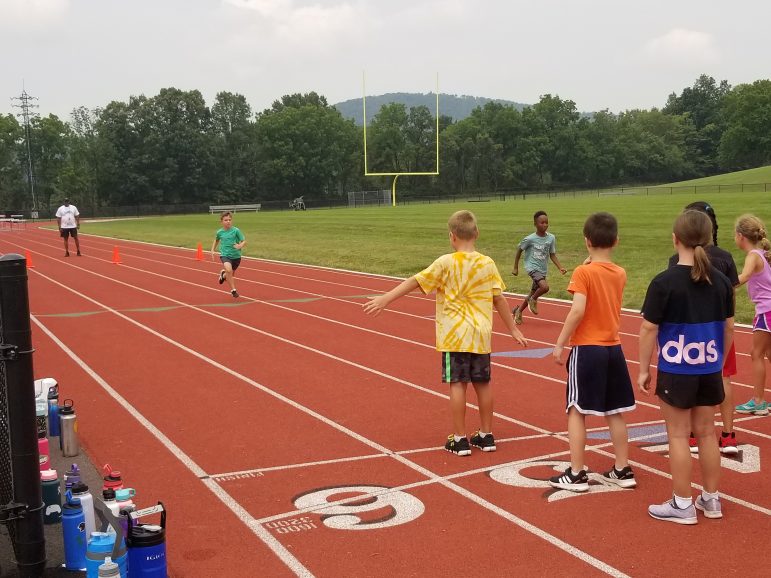