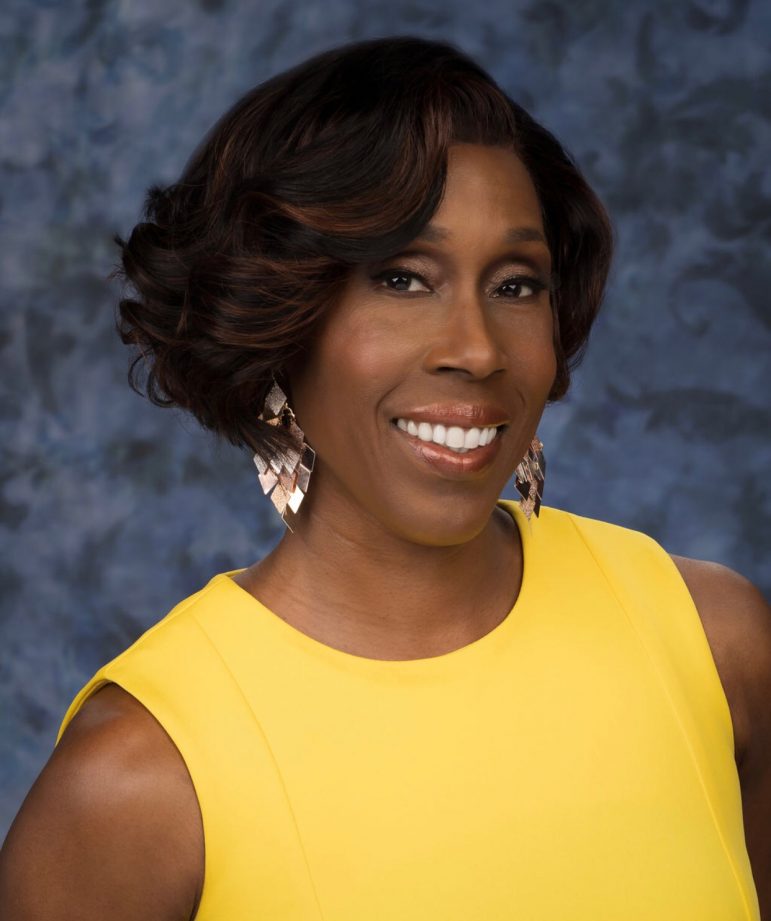 Former U.S. Olympian and track star Joetta Clark Diggs has called the Saucon Valley home for more than a decade. This summer she’ll host a track camp at Saucon Valley High School at which she’ll share her expertise with athletes ages 7 to 18.

An internationally-known track star and four-time Olympian who happens to call the Hellertown area home is planning to give back to the athletes of tomorrow by hosting a track and field camp from July 6 to July 9 at Saucon Valley High School.

Joetta Clark Diggs, who competed in the 1988, 1992, 1996 and 2000 Olympic Games and is now an author, speaker, entrepreneur and health & wellness advocate, explained that although this year will mark the first time she has ever hosted the camp so close to home, she has actually been holding it for 20 years.

Except for two years when she also hosted a second camp in Easton, the Determined to Reach Your Destiny (D2RYD) Speed, Agility & Track Camp has always been held in New Jersey, the Garden State native said.

Last year the camp had to be canceled because of the COVID-19 pandemic. This year, Clark Diggs emphasized that it will be held with a variety of safety precautions in place.

“Out staff will definitely wear masks,” she explained. “Our staff will have had their shots by then.”

Participants will receive safety kits that include masks and there will also be an athletic trainer present.

The camp is open to boys and girls ages 7 to 18 of all skill levels, which Clark Diggs said is important to her.

“We kind of meet you where you are,” she said, referring to the varying degrees of athleticism campers typically have. “Just because you’re 10 years old doesn’t mean you can’t do some of the things the bigger kids can do.”

Clark Diggs said the young athletes enrolled in the camp will have fun and learn from her as well as from the other coaches, some of whom have helped her lead it since she founded it following her retirement from athletic competition.

Although there is an enrollment fee of $160 per child ($140 for Saucon Valley residents), she said she has tried to keep the cost affordable, and for the first 10 years she ran it there was no enrollment fee at all.

Families who register by June 1 will receive an early bird discount, and all applications should be received by June 27, 2021. The camp registration form is available on Clark Diggs’ website, JoettaSportsAndBeyond.com, and she said she hopes to enroll 70 to 75 kids this year.

All campers will receive a t-shirt and snacks are provided, but lunch should be brought.

In addition to the opportunity to train with Clark Diggs, a highlight will be meeting and learning from other track and field greats.

“My Olympic buddies come in and they are the guest speakers,” she said.

Clark Diggs had high praise for the athletic facilities at Saucon Valley, which include a new track at the district stadium.

“You have a hill. You have plenty of grass, plenty of space,” she said.

She also credited Saucon Valley Athletic Director Bob Frey for helping to coordinate this year’s camp at the district.

Ultimately, Clark Diggs said everyone who participates will get something out of the camp, whether they ever become a standout athlete–like her daughter, Saucon Valley graduate and University of Florida track star Talitha Diggs–or not.

“It’s not about making these students Olympians,” she stressed. “It’s about making them the champions of their lives. That is way more important than being an Olympian.”

In the future, Clark Diggs said she is planning to address–and hopefully inspire–Saucon Valley students at some school assembly programs that are currently in the works.

The upcoming track camp is co-sponsored by Joetta Sports & Beyond and Crum & Forster, a New Jersey-based insurance company.

For more information about it, in addition to visiting Clark Diggs’ website, families can email Joettaevents@yahoo.com or call 484-851-3148.