An Upper Bucks County woman is facing felony theft, forgery and other charges for allegedly stealing more than $60,000 from her employer. 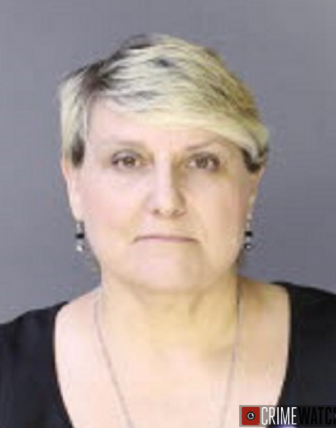 In an update posted on their Crimewatch site Tuesday, Perkasie Police announced that charges had been filed against 54-year-old Christine M. Graser of Richland Township.

Police said they began the investigation that led them to Graser in April, after “a Perkasie business reported that an employee was suspected in (the) stealing of funds from the business beginning in 2013.”

The business was not identified by police in their news release, but they said it is located on W. Market Street.

Online public records identify Graser as the treasurer of a real estate title company at 701 W. Market Street, Perkasie, though it was unclear if that was the business referenced by police.

Police said that following their investigation, a warrant for Graser’s arrest was issued, and that she turned herself in to police without incident Monday.

Graser is charged with Dealing in Proceeds of Unlawful Activities, access device fraud, forgery, Computer Trespass-Altering Data, Computer Trespass-Transfer of Funds, Unlawful Use of a Computer, theft and receiving stolen property, with all of the charges against her graded as felonies, according to the criminal court docket filed in her case.

Following a preliminary arraignment before District Judge Regina Armitage Monday, Graser was released on $100,000 unsecured bail with an order “to have no contact with the victim,” police said.

A preliminary hearing for Graser is scheduled to be held Tuesday, Oct. 26 at 3 p.m. before Judge Armitage, who presides over Bucks County District Court 07-2-08 in New Britain.

The court docket for Graser did not list an attorney for her.

Note: All individuals charged with a crime are presumed innocent until proven guilty in a court of law. This story was compiled using information from the Perkasie Borough Police Department and Bucks County court records.