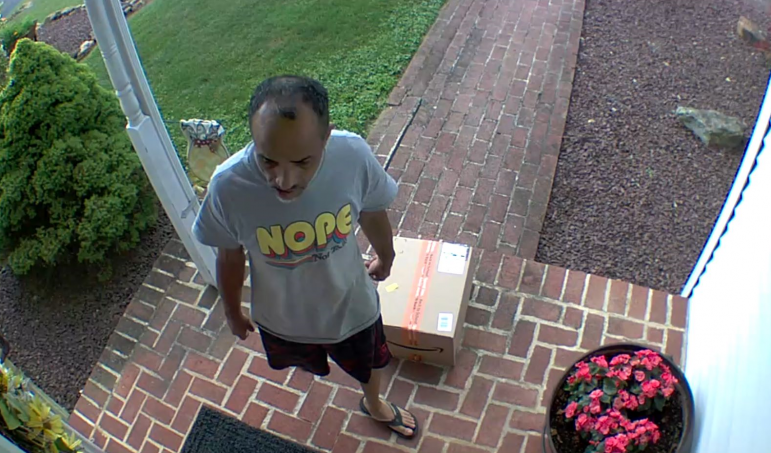 Lower Saucon Township Police recently shared this photo of a suspect in a front porch package theft that occurred July 23 on Wassergass Road.

Lower Saucon Township Police last week shared information about two current investigations on their Facebook page, in an effort to help solve them.

In one of the cases, police are investigating the theft of a package from a front porch in the 2100 block of Wassergass Road.

Police shared video surveillance of the suspect in the theft, who they said stole an Amazon package at around 5:30 p.m. July 23.

In the video, the man can be seen wearing flip-flops and a t-shirt that says “NOPE” as he picks up a box and walks off with it.

In a second case police are investigating, they said two unlocked vehicles were entered around 4:30 a.m. July 27.

Police said one of the vehicles was located in the 1400 block of Bette Lane and the other was parked in the 2000 block of Charles Drive.

“Miscellaneous items valued at $21.00 were stolen from inside the vehicles,” police said in a Facebook post that included surveillance video provided by one of the victims.

In the post, police also urged all residents to lock their vehicles, to help prevent similar crimes from occurring.

“As has been advised on numerous occasions, residents are asked to take HEED to always LOCK their vehicles, as most times this will deter potential criminals,” they said.

Lower Saucon Township Police are asking anyone with information about either incident to please call them at 610-317-6110, email at lstpd@lowersaucontownship.org or share a tip via the department’s CrimeWatch page. 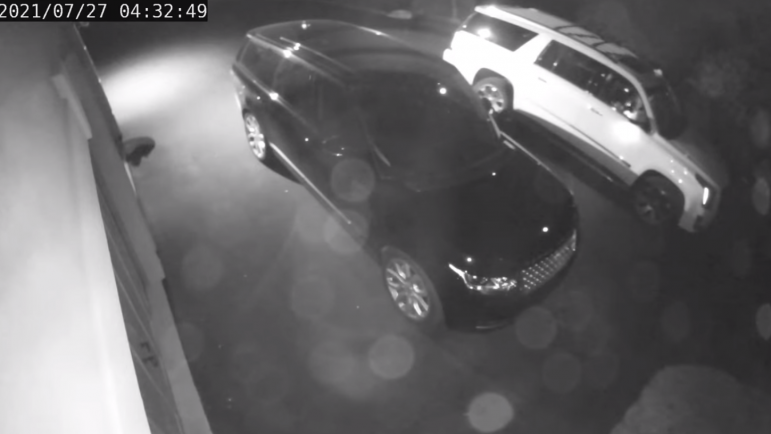 Lower Saucon Township Police said unlocked vehicles in the 1400 block of Bette Lane and the 2000 block of Charles Drive in the township were entered during the early morning hours of July 27, with approximately $21 worth of miscellaneous items stolen from inside them.