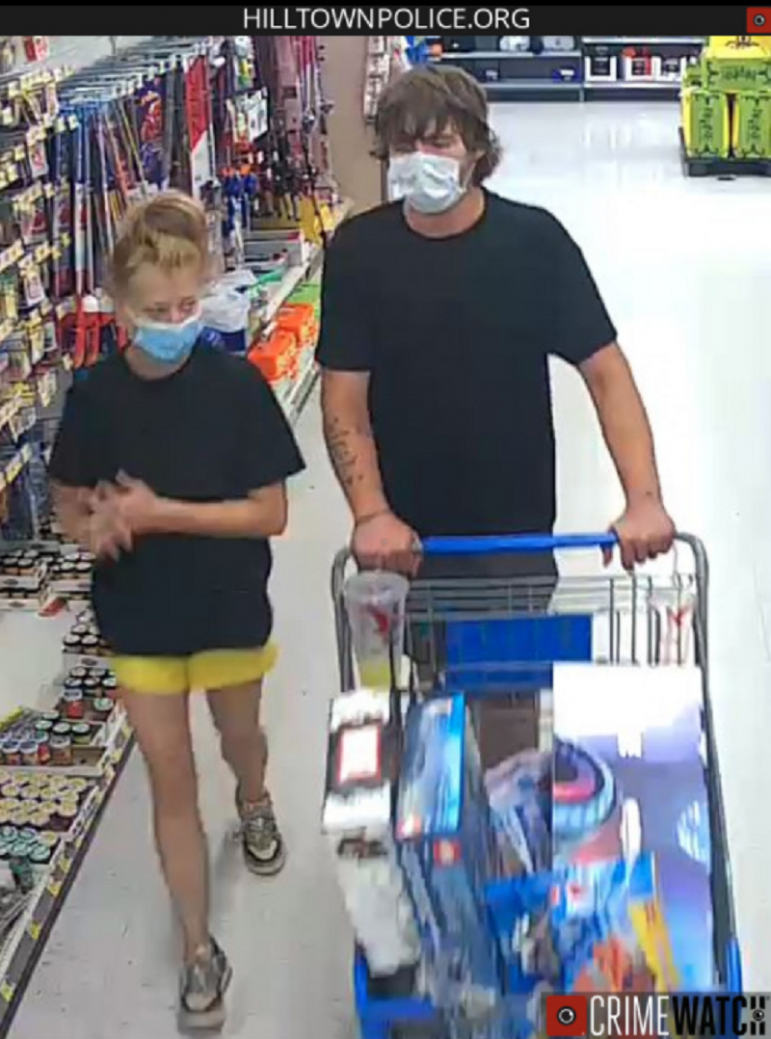 LEGO is one of the most popular toy brands in the world, which may help explain why it was one of the items police say a couple stole from an area Walmart store recently.

The news release included a photo of the male and female shoplifting suspects, who were wearing face masks while inside the store due to the ongoing coronavirus pandemic.

In the photo, the man is pushing a shopping cart containing various items, including a box with the LEGO logo on it. The man also appears to have a tattoo or tattoos on his right forearm. In the cart’s cupholder is what appears to be a Wawa large plastic cup partially filled with a yellowish beverage.

Police said that after filling their cart, the pair “exited the store via the fire escape door with a shopping cart full of items that were not purchased.”

The value of the merchandise that was stolen is estimated at several hundred dollars.

According to police, the couple was last seen fleeing the store’s parking lot in a white SUV, which may have been an older model Ford Explorer or Mercury Mountaineer.

“We are seeking the public’s assistance in identifying the depicted individuals,” police said. “If you can provide any information on their identity, please submit a tip (online).”

Individuals who provide tips via the department’s Crimewatch site may remain anonymous if they wish.