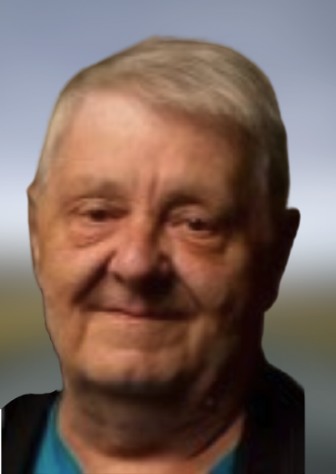 Strongly resembling his dad, the younger Bachman was so often referred to as a “chip off the old block” that the nickname stuck for the rest of his life. He was a former member of St. Paul’s UCC Church, Allentown, where he was baptized, confirmed and attended Sunday School and Bible School, where his mother served as a teacher. A proud Dieruff Husky from the Class of ‘66, Chip enjoyed attending his reunions and sharing many childhood memories with his classmates. An East Sider all of his life, he took great pleasure in visiting the Allentown Fair every single summer and recalled the time when he met Clarabelle from the Howdy Doody Show there when he was three years old. When the clown spritzed him in the face with a water bottle producing tears from the young Chip, Clarabelle then leaned over and kissed him on the cheek. Chip’s interests, passions and talents were many and varied. When he developed a hobby, he didn’t merely tiptoe into it, but jumped in heartily with both feet. In his younger years, he ate, breathed and drank sprint car racing, spending every weekend at the many tracks in the tri-state area, either driving or working on the engines. This led to his partnership in Superior Automotive Machine on Graham Street, where he worked on race car engines along side his buddies Tote and Butch. He often regaled anyone who would listen with stories of these fast-paced years and the myriad of friends he made along the way. Later in life, his interests included racing radio-controlled cars, where the repair of damage wasn’t so costly. It was in elementary school that Chip developed his passion for everything drum-related. In his teenage years, he began to give private music lessons to his students and continued to do so for over 50 years at Dave Phillips, West End Music and other stores, up until a couple of days prior to his death. He also proudly served as the percussion instructor and mentor for the Saucon Valley School District for 26 years, influencing his kids with his quick wit, his demand for superior performance and his unfailing support to be the best that they could be. The “Grand Poobah” will long be remembered for his encouragement and positive influence upon so many young lives in addition to the thousands of photographs that he and Lisa took of the band over the course of many years. Chip took extraordinary pride in those who pursued careers in the music field, as well as those who chose to play in drum corps. He himself played with the award-winning Reading Buccaneers Drum and Bugle Corps in the mid 70s, the Emmaus Sentinels and later joined the snare line in the alumni corps for a number of years. His loss will be deeply felt by many. His legacy in music will live on!

Chip is most intimately survived by his treasured best friend, the Rev. Lisa K. Borrell of Allentown; his cherished paternal first cousin, Jane Corcoran (and husband Buddy) of Westbury, N.Y.; his favorite adopted “cousin,” Nora Dilks of Telford; as well as his spoiled feline companion, Andy. There are also second cousins on his mother’s side in addition to cherished friends who completed his family.

Family and friends are invited to call from 6 to 8 p.m. Tuesday, Nov. 2, 2021 and from 10 to 11 a.m. Wednesday, Nov. 3 at the Heintzelman Funeral Home Inc., 326 Main St., Hellertown. The Wednesday morning calling hour will be followed by the service at 11 a.m. The service will be broadcast on the Heintzelman Funeral Home Facebook page.  The interment will conclude services at Woodlawn Memorial Park, Allentown. Mourners are encouraged to make positive choices by following CDC guidelines. Online expressions of sympathy can be recorded at HeintzelmanCares.com.

In lieu of flowers, memorials may be made to Saucon Valley Music Connection and/or Reading Buccaneers Drum and Bugle Corps, care of the funeral home (zip code 18055).