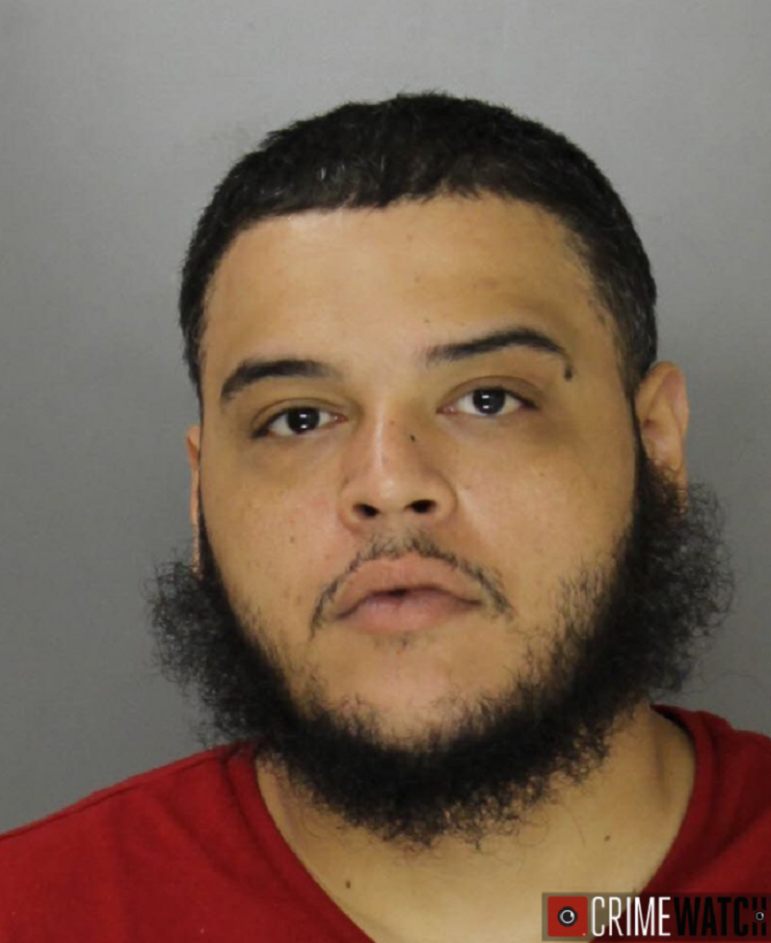 Lower Saucon Township Police issued a Crimewatch bulletin Wednesday in which they asked for help locating an Allentown man who is wanted on assault and other charges.

Police said they have an active arrest warrant for 32-year-old Roberto Ryan Tanco III, who is wanted on charges of Strangulation (Felony 2), Simple Assault (Misdemeanor 2) and Theft (Misdemeanor 1), plus a summary violation (driving on a suspended license).

The police description of Tanco states that he is a white male with black hair and brown eyes who is 5 feet 10 inches tall and weighs approximately 200 pounds.

The court docket in Tanco’s case was filed in Northampton County District Court 03-2-04 in Lower Saucon Township on Monday, Jan. 3.

A docket filed in an active theft case involving Tanco in which he is charged with receiving stolen property and theft in the City of Bethlehem lists the following aliases or nicknames he may use: Pichu, Robert Tanco, Robert Ray Tanco and Roberto Ray Tanco.

Anyone with information on his whereabouts is asked to submit an anonymous tip through the Lower Saucon Township Police Department’s Crimewatch Tipline or call the Northampton County Dispatch Center’s non-emergency number at 610-759-2200.

Note: All individuals charged with a crime are presumed innocent until proven guilty in a court of law. This story was compiled using information from the Lower Saucon Township Police Department/Crimewatch and Northampton County court records.

> >Do you value our reporting? Help keep our independently-produced local news free for all! Show your support by becoming a Saucon Source member today!