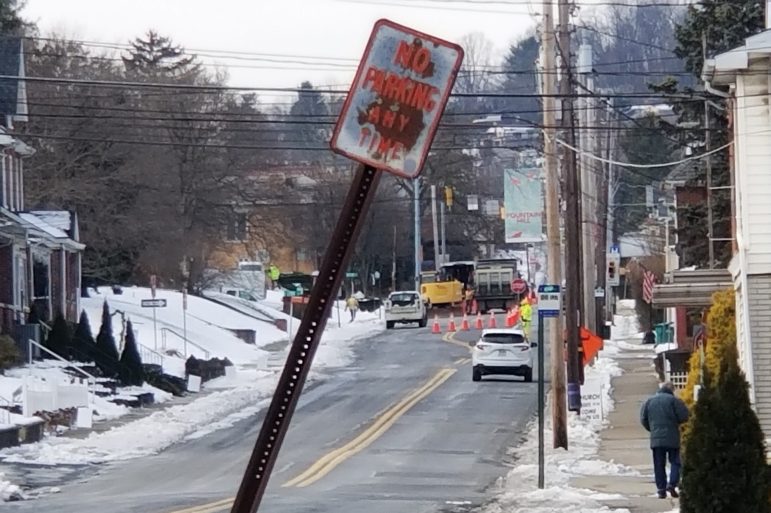 Above, a contractor works on a gas main on Broadway near Delaware Avenue in Fountain Hill Wednesday. PennDOT officials said drivers should expect lane restrictions for the duration of the project, which has an estimated completion date in late May. Work will be occurring along Broadway between Norway Place in Fountain Hill and Five Points in Bethlehem.

If you regularly travel through parts of South Bethlehem and Fountain Hill, gas main work that’s now under way may impact your travels in the coming weeks and months.

PennDOT announced Wednesday that work on the UGI gas main began on Tuesday.

The work will be taking place along Broadway between Norway Place in Fountain Hill borough and Wyandotte Street (Five Points) in Bethlehem.

On Wednesday, crews were working near the intersection of Delaware Avenue and Broadway, near Norway Place and the western end of the work zone. 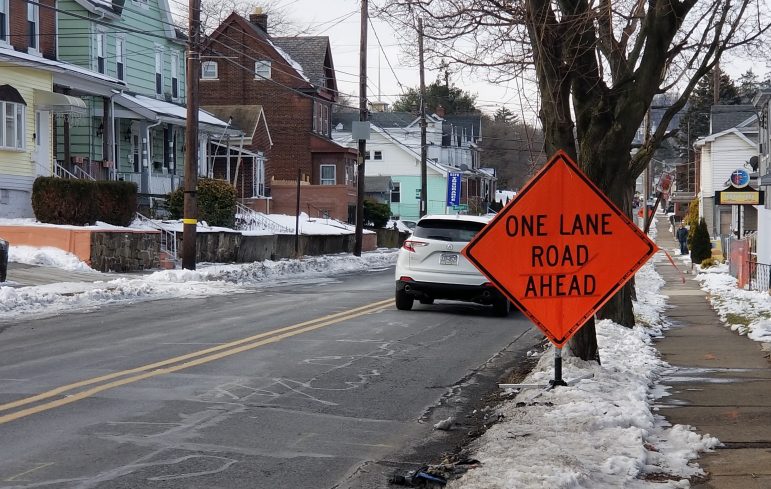 A road sign along Broadway  in Fountain Hill warns westbound drivers that the road has been reduced to one lane for gas main work.

PennDOT warned drivers to expect to encounter lane restrictions with flagging, and to use caution when traveling through any active work areas.

The work will be performed between 9 a.m. and 3 p.m. and the project’s estimated completion date is May 31.

A section of Broadway along which the UGI contractor will be working is supposed to be reconstructed as part of a plan that was first announced in November 2019. It is unclear when that work will begin, but the plan calls for replacing deteriorated sidewalks and curbs along a one-mile stretch of Broadway in Fountain Hill. Also on tap are ADA-related upgrades, replacement of a culvert and various storm sewer repairs and restoration.

A nearby project to replace a gas main along Wyandotte Street in South Bethlehem and Lower Saucon Township is still incomplete, with a PennDOT official confirming in November that the work would continue on it over the winter and into the spring.