The owner of a cat in upper Bucks County is seeking answers about what may have led someone to shoot her pet with a BB gun. 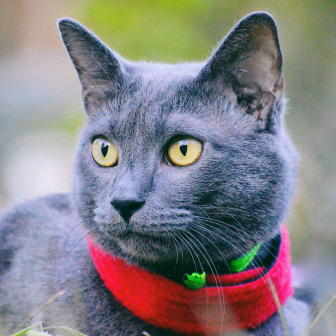 A cat wearing a collar sits outside. (FILE PHOTO)

Pennsylvania State Police at Dublin–who took a report of the incident last week–are also investigating what may have happened in what they have labeled an animal cruelty case.

In a news release issued Monday, police said the incident happened in the area of Eaton Court in Milford Township, where the cat was hit by a BB sometime between 11:30 a.m. on Feb. 18 and 7:30 a.m. on Feb. 19.

Police said the cat’s owner reported that the feline “was walking in the wooded area behind her residence” when it was hit by the BB.

The news release did not indicate whether the cat was injured as a result of being struck.