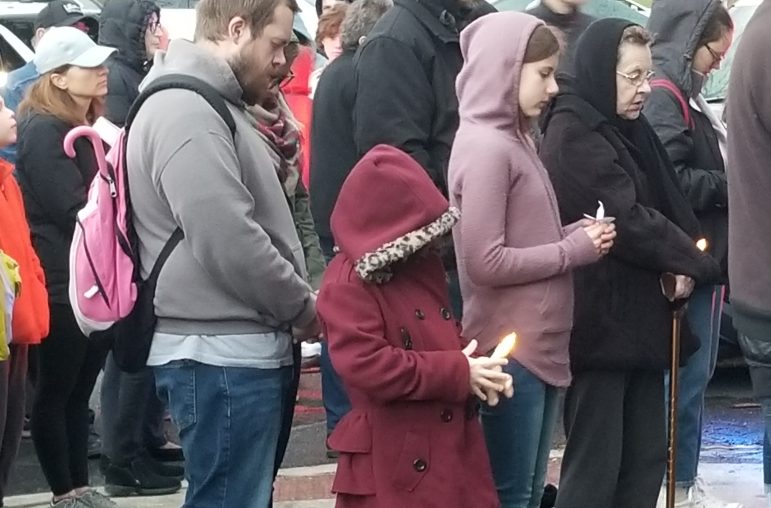 Children hold LED candles and pray during the vigil held for the Kaufman family outside their home in Hellertown Sunday evening. The family’s daughters–Brianna Baer, 15, and Abigail Kaufman, 10–were killed in a fire there early Friday morning.

As a small community, Hellertown is known as a place in which neighbors help neighbors in need, and that has been the case since a house fire claimed the lives of two girls Friday.

On Sunday, residents came together to show their support for the Kaufman family, whose home at 630 Linden Avenue in the borough was destroyed in the early morning blaze.

Outside the ruined home–which is now surrounded by temporary fencing–a makeshift memorial featuring flowers, messages of support, balloons and stuffed animals has been created as a place for a grief-stricken community to think about the young lives lost. 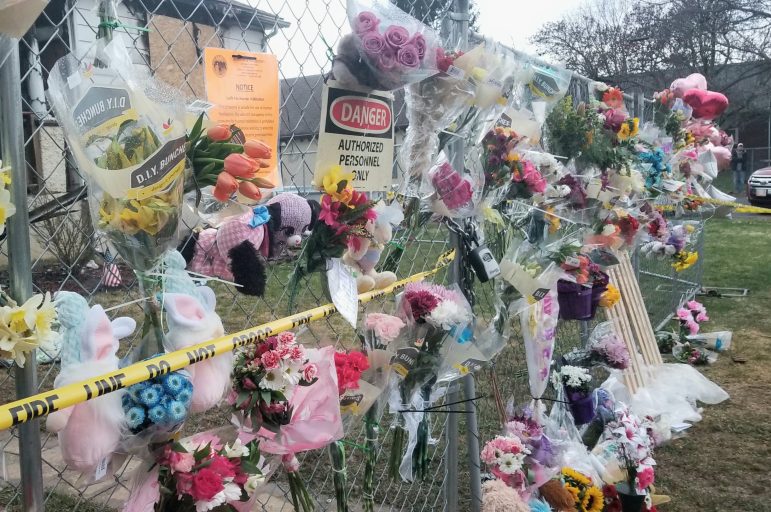 A chainlink fence that surrounds the gutted Kaufman home has become a makeshift memorial to Abigail Kaufman and Brianna Baer; the sisters who died in a fire in their home on Friday morning. Some of the hundreds of attendees at a vigil held for their family on Sunday night added flowers, messages of support and other items to the growing tribute.

The memorial served as a backdrop for Sunday night’s vigil, which was attended by hundreds of friends, neighbors and classmates, plus others who didn’t know 15-year-old Brianna Baer and 10-year-old Abigail Kaufman but wanted to help support their family.

“We lost two angels,” said Hellertown American Legion Commander Eric Medei, who called the Kaufman and Baer families “valued members of our post” and at times became emotional describing the impact the tragedy has had on so many in the community.

“I have a 23-year-old daughter myself, and I just can’t imagine the pain and the suffering that the family’s going through,” he said.

Medei said Brianna and Abigail’s parents, who survived the two-alarm blaze, need to feel the support of their community. He encouraged those who know Jennifer and Damien Kaufman to reach out with a phone call or a text, just to “let them know you love them; let them know you support them.”

He added that he had visited with them on Sunday and given them clothing collected by the Legion. During the visit, Medei said he offered the Kaufmans “as much support as they possibly need.” 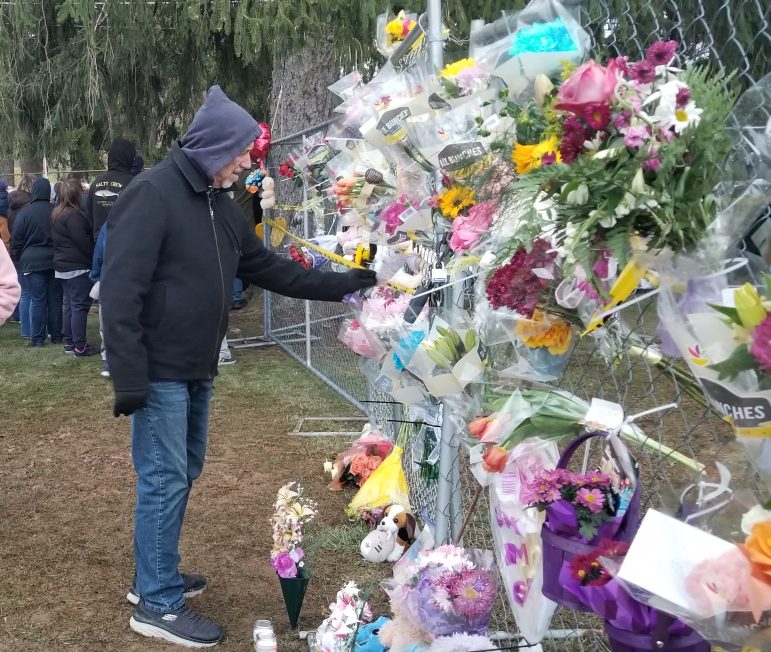 A man views the memorial to Brianna Baer and Abigail Kaufman following Sunday night’s vigil outside their home.

He extended that offer to the community, by reminding those present that the Legion post is open to all who need a shoulder to cry on and acknowledging that the healing from this loss will take months, or possibly years.

Before and after the vigil, small groups of teens could be seen quietly shedding tears, while others added items to or viewed the fence memorial along Linden Avenue.

Counseling will be available Monday for Saucon Valley students who knew Brianna Baer and Abigail Kaufman and need to talk with someone, a school district official confirmed.

The investigation into what caused the fire is ongoing, and involves both borough and state fire marshals as well as the Bureau of Alcohol, Tobacco, Firearms and Explosives, according to information shared by the Hellertown Police Department Friday. 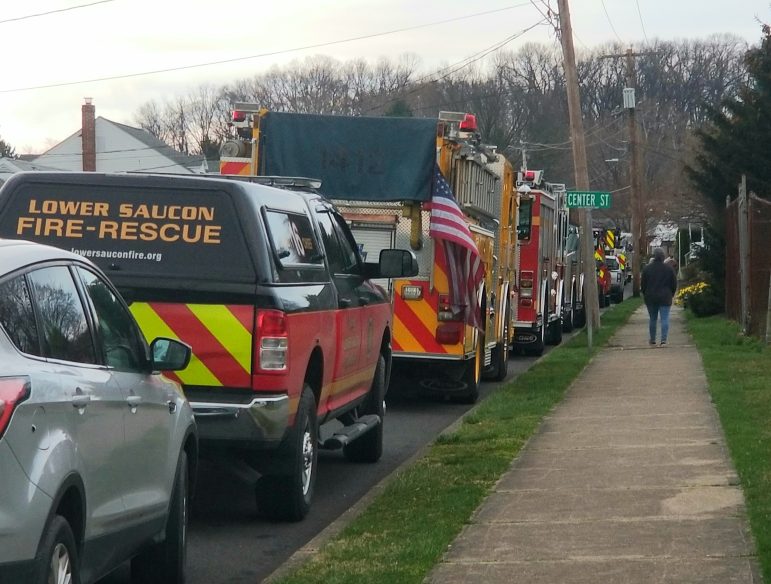 Firetrucks and other emergency response vehicles line New Jersey Avenue near the site of Sunday night’s vigil, which was held at the scene of a fire that claimed the lives of two girls–Brianna Baer, 15, and Abigail Kaufman, 10–on Friday.

Medei took time during Friday night’s gathering to publicly thank the “brave” police and the firefighters who he said “battled their asses off” to try and save the girls, who police have said were trapped by the flames in a second-floor bedroom.

“You guys are true heroes,” Medei said of the first responders, many of whom were in attendance.

At the conclusion of the event, Medei invited attendees to the Legion, where he said food donated by Mission BBQ would be available.

Numerous fundraisers for the Kaufman family are either ongoing or planned. Click here to view the list and email josh@sauconsource.com with details of other fundraiser plans. 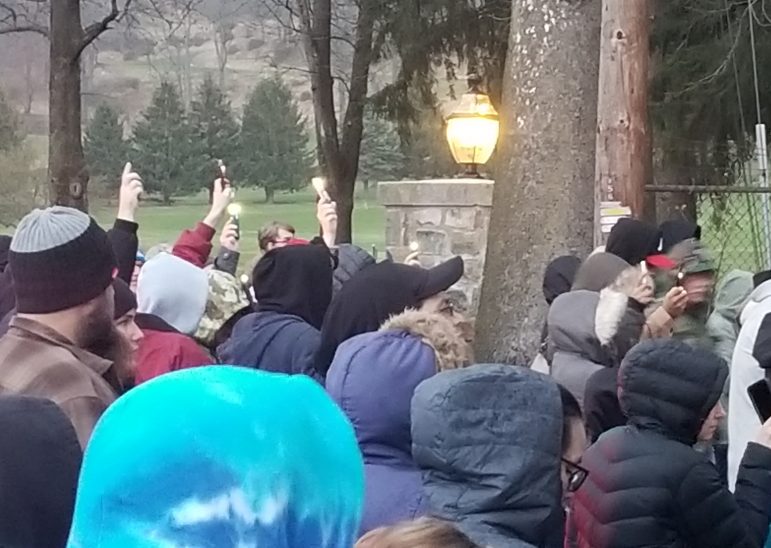 Attendees at a candlelight vigil in Hellertown for the Kaufman family hold up their cell phone flashlights in lieu of candles that were distributed. The improvisation was necessitated by gusty winds which made it difficult to keep the candles lit. 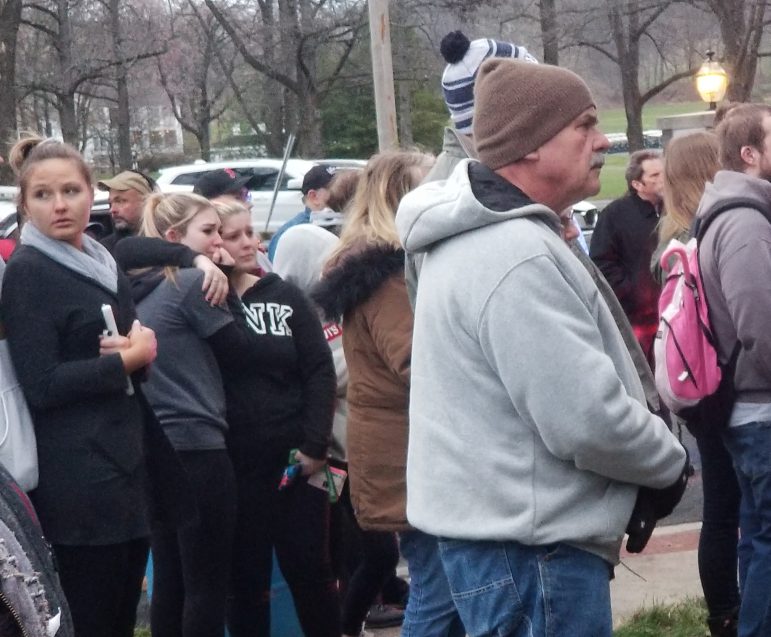 Some quietly cried during the vigil, which paid tribute to fire victims Abigail Kaufman, 10, and Brianna Baer, 15. The girls’ parents survived the Friday morning blaze inside their home at 630 Linden Avenue and will need months–if not years–of support, Hellertown American Legion Commander Eric Medei told the hundreds gathered outside the home Sunday. 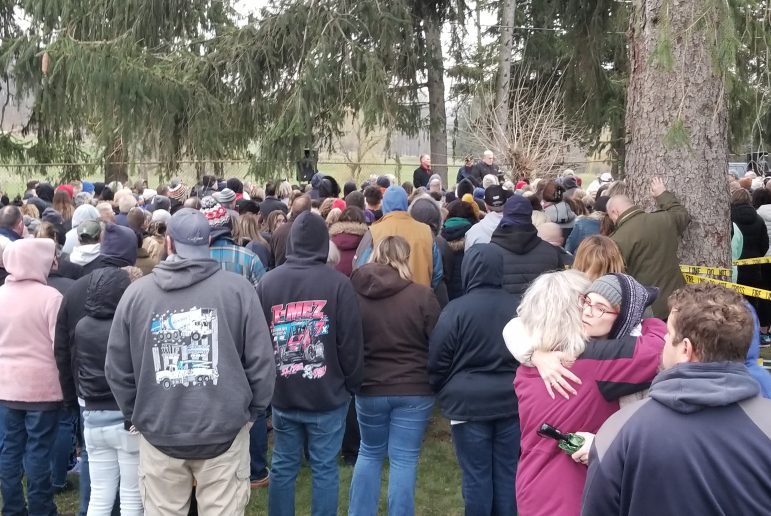 The crowd at the vigil wrapped around the corner of Linden and New York avenues, across from Steel Club in Hellertown. 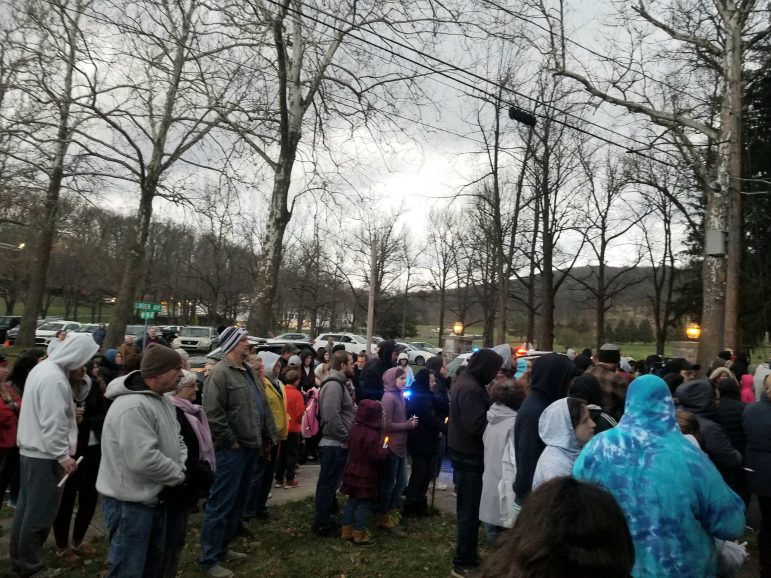 Dark clouds, drizzle and gusty winds descended on Hellertown during the vigil. The weather seemed to match the mournful mood of the hundreds who gathered to remember Abigail Kaufman and Brianna Baer, who died in a fire at their home on Linden Avenue Friday. The event was also a demonstration of support for Jennifer and Damien Kaufman, who lost their daughters and their home in the blaze, as well as the many other people in Saucon Valley who are reeling from the tragedy. 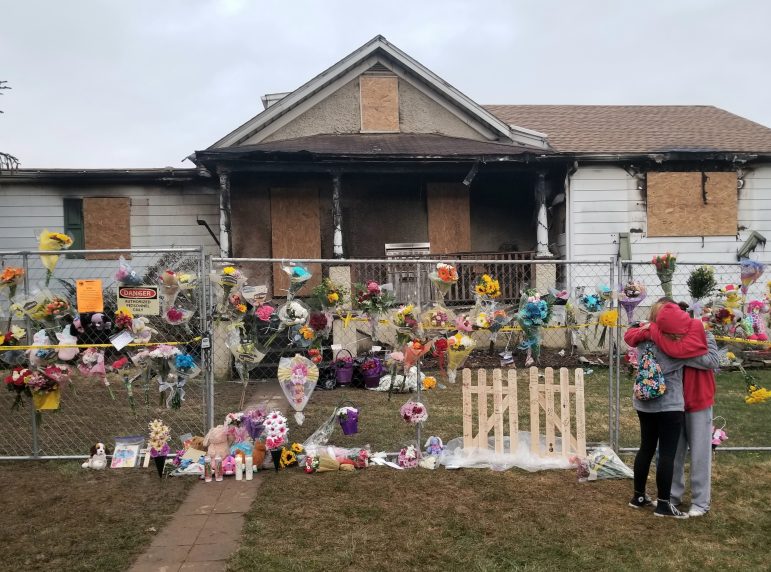 Two people hug in front of a memorial to Brianna Baer and Abigail Kaufman, who died in a fire at their home in Hellertown Friday. The chainlink fence erected around the gutted home has become a makeshift memorial to the young sisters. 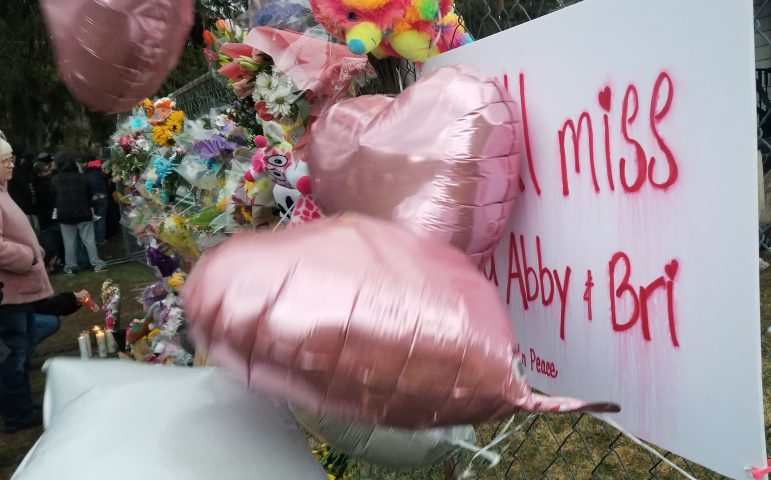 Balloons, flowers and handmade signs are being used to remember Brianna Baer and Abigail Kaufman, who died in a house fire in Hellertown on Friday. The fence around the home has become a memorial to the girls, who were 15 and 10. 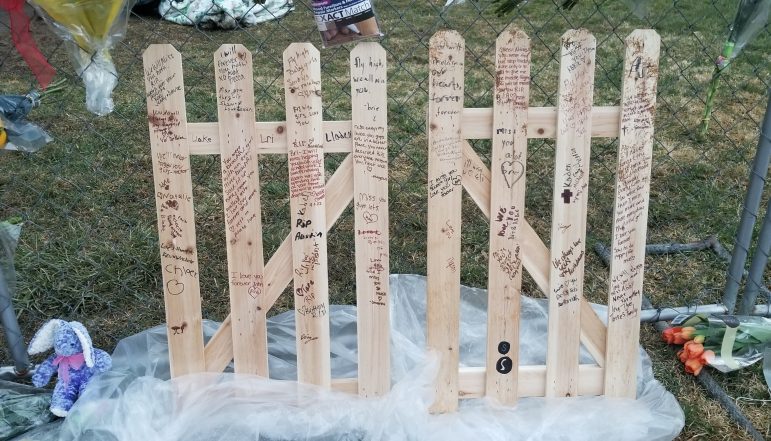 Pieces of wooden fencing are covered in messages to Brianna Baer and Abigail Kaufman; two sisters who died in a fire at their home in Hellertown Friday. Markers were available for others to leave messages for the girls and their family. 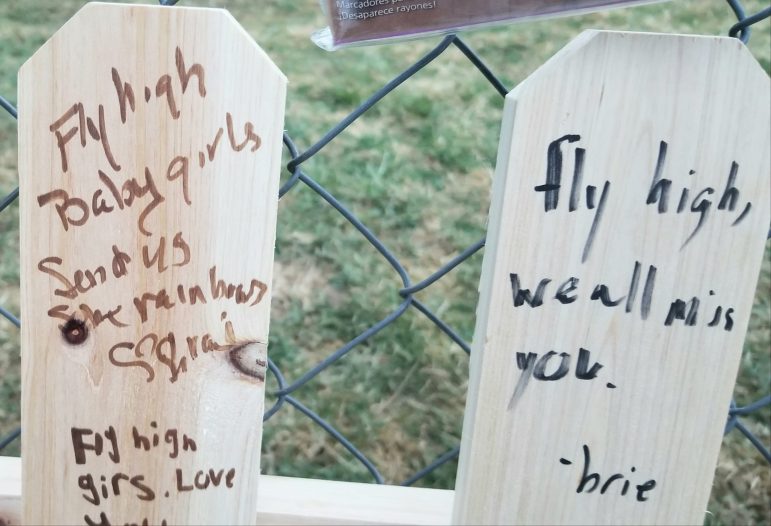 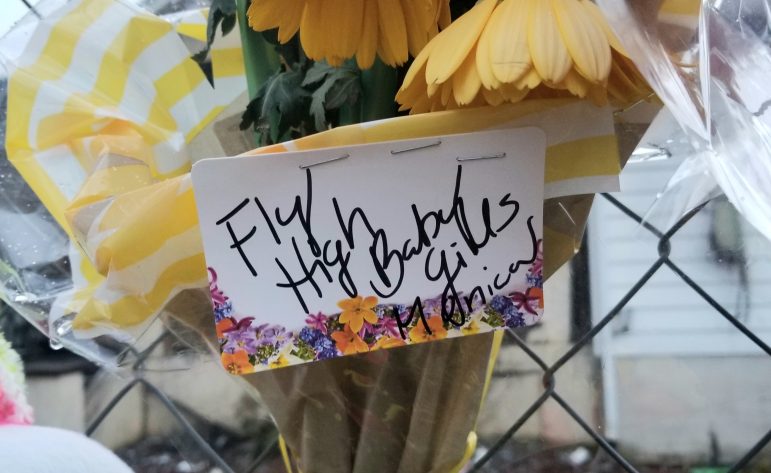 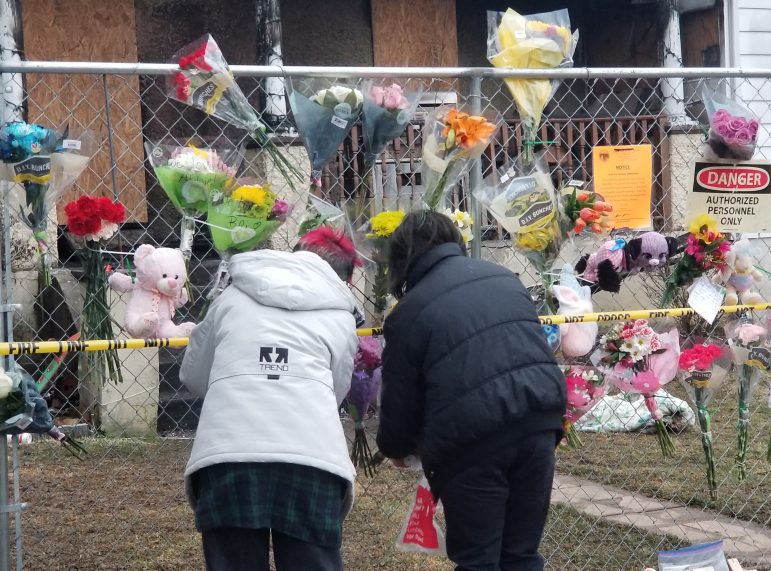 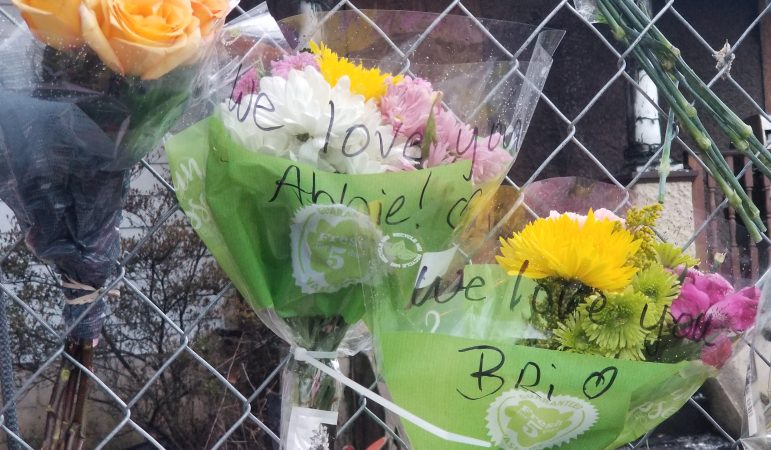