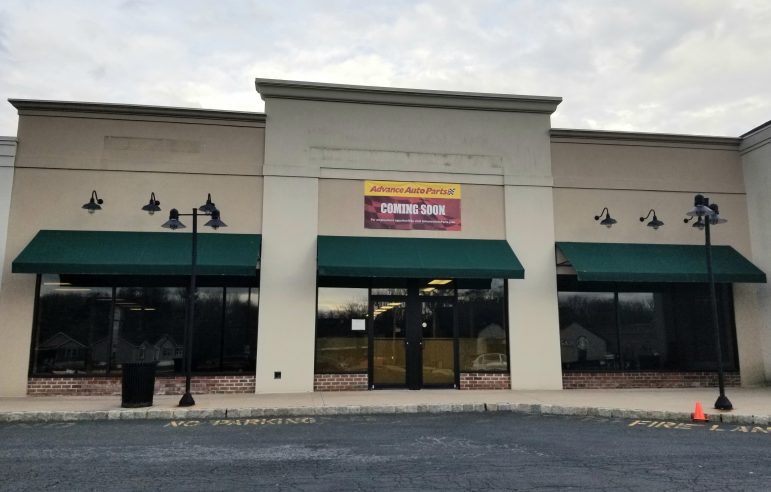 Advance Auto Parts will open a store in Hellertown in August, the company has announced. The new store will be located in the Shoppes at Hellertown on Main Street in a space that was previously occupied by a National Auto store.

A major auto parts retailer has announced that it will join the soon-to-be-open Starbucks and other businesses in the Shoppes at Hellertown this summer.

Advance Auto Parts will open in the space formerly occupied by National Auto Stores, which ended its retail operations nearly a year ago.

The store will occupy approximately 7,500 square feet and in addition to sales of everything from replacement tires to automobile air fresheners, it will offer customers a variety of free services including windshield wiper installation, charging system testing and battery installation, and check engine light services, the spokesman said.

Advance Auto Parts is hiring to fill “a variety of full and part-time positions…with a big focus on nights and weekend support,” the company representative noted, adding that “we expect the store to be staffed with approximately 10 fully-trained team members to support the Hellertown and surrounding communities.”

Hellertown Store Will Be Open 7 Days a Week

The Hellertown store’s hours of operation will be Sunday from 9 a.m. to 8 p.m. and Monday through Saturday, 7:30 a.m. to 9 p.m., which are standard hours company-wide.

The Shoppes at Hellertown shopping center is located at Main Street and Polk Valley Road and is home to a variety of retail and commercial tenants including Saucon True Value, Dollar General, DiMaio’s Italian Ristorante & Pizzeria and Hellertown Diner.

Headquartered in Raleigh, N.C., Advance Auto Parts operates nearly 5,000 auto parts stores in the U.S. and Canada, which make it one of the largest chains in the industry.

The Hellertown store will be the eleventh Advance Auto Parts store in the Lehigh Valley.

Nearby stores are located in Coopersburg, Emmaus, Bethlehem and Allentown.

Hellertown is also home to a NAPA Auto Parts store, which is located on Front Street.