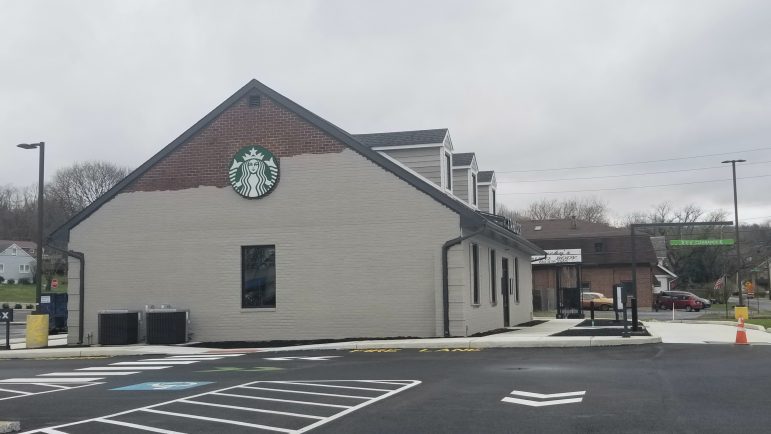 The appearance of the building that will house a Starbucks in Hellertown has been dramatically altered. Gone is the red brick exterior that was a familiar sight to passers-by for decades. Instead, the building is now sporting a fresh coat of grey paint.

It’s “goodbye” to a familiar red brick exterior on Main Street and “hello” to a trendy shade of grey at the building that will soon house a brand new Starbucks in Hellertown.

Passers-by are noticing the much-changed appearance of the building, which is located at 5 Main Street, on the border between the borough and Lower Saucon Township.

Formerly home to a Bank of America branch, the neo-Colonial building dates from the 1970s, when it was constructed as a bank. 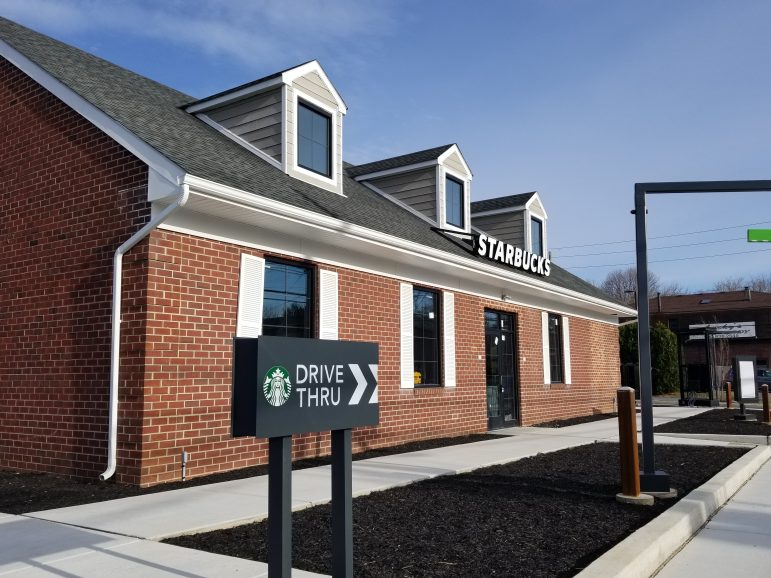 A new Starbucks is expected to open at Main Street and Polk Valley Road in Hellertown later this spring. The photo above was taken in March 2022, before the building was painted grey.

Starbucks first announced that it would open a store in Hellertown nearly two years ago, and the borough’s zoning officer said recently that a temporary certificate of occupancy could be issued to facilitate an opening while PennDOT inspections are pending.

Earlier this week, a Starbucks representative declined to confirm an opening date for the new store, which will be one of the company’s more than 15,000 American locations.

“Unfortunately, we are unable to confirm an opening date at this time,” the representative said in an email Monday.

The company previously said it planned to open the new store in the spring of 2022.

Other nearby Starbucks locations include stores on Freemansburg Avenue in Bethlehem Township, on E. Third Street in South Bethlehem, in the Promenade Shops at Saucon Valley in Center Valley and on Rt. 309 in Quakertown.

A Starbucks kiosk inside the Giant supermarket on Rt. 412 (Leithsville Road), about a quarter of a mile from where the Hellertown Starbucks will be located, is operated by Giant as an authorized retailer. The Hellertown store will be company-operated.

Outside the store, a banner that says “Coming Soon!” was recently hung from the railing of an outside dining area next to the drive-thru lane on the south side of the building. 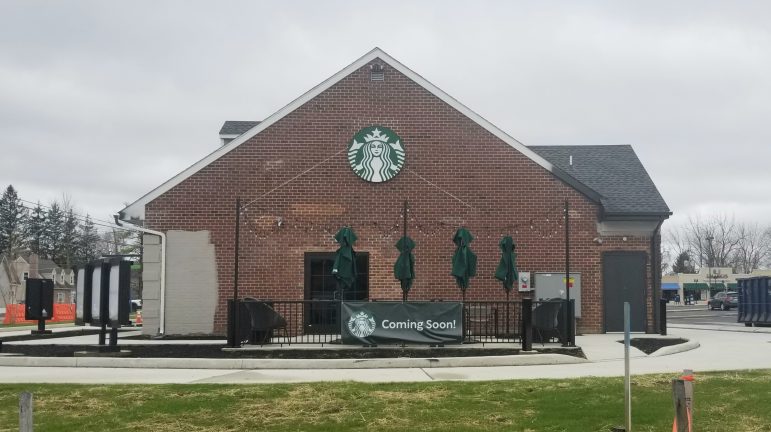 A banner hung from the railing of the outside seating area on the south side of the building states that the Starbucks is “Coming soon!” Earlier this week, a company representative declined to say when the new store will open.

The east side of the building is where the drive-thru window is located. The red brick building was painted grey this week. 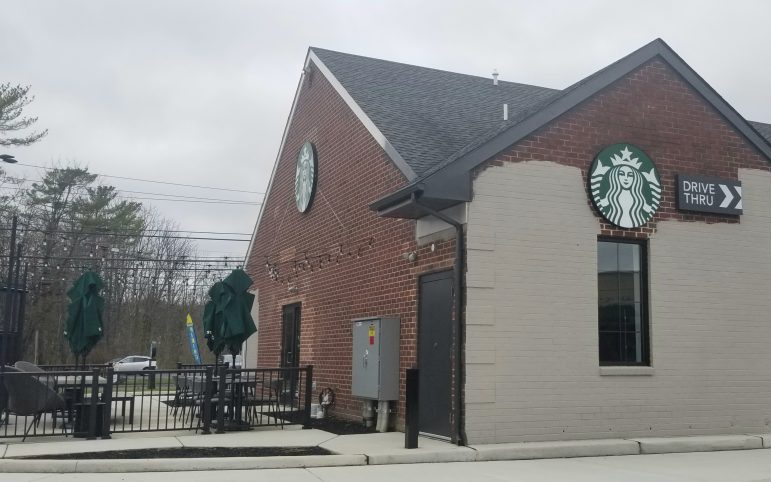 Starbucks signs were affixed to the building in March. There has been speculation that the Starbucks will open sometime later this month, although no opening date had been confirmed by the company as of Monday.