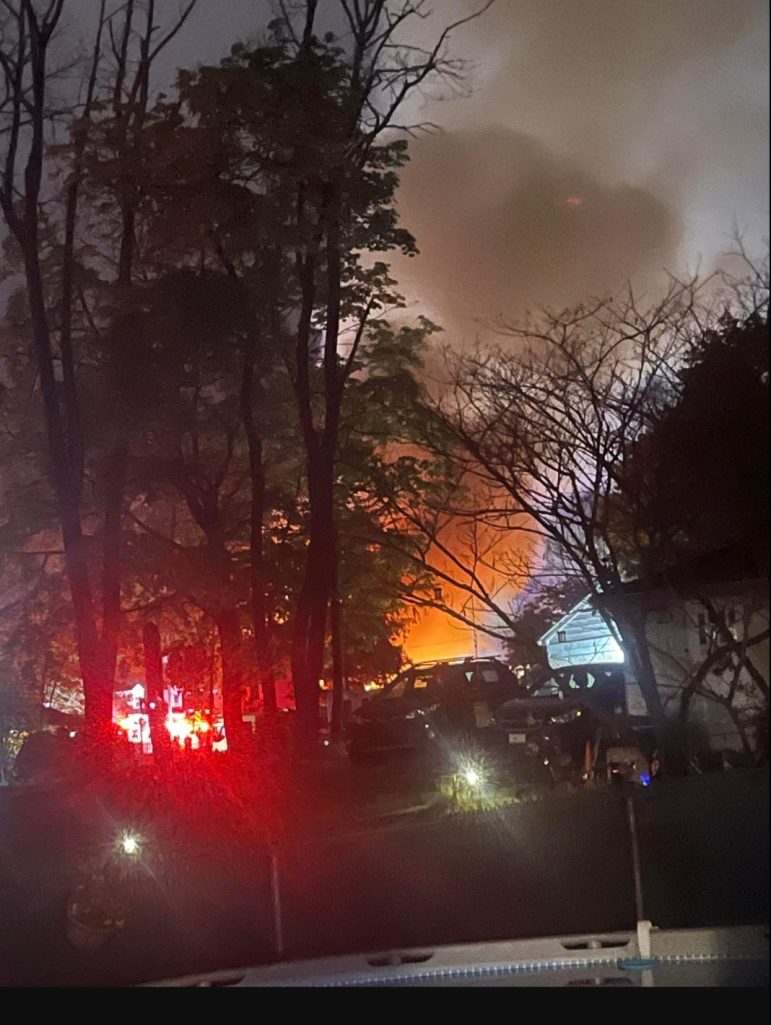 A fire that broke out Friday around 10 p.m. Friday appeared to have significantly damaged a home in the 2300 block of Black River Road in Lower Saucon Township. Volunteer fire companies from throughout the area responded to battle the blaze.

A house fire in the 2300 block of Black River Road in Lower Saucon Township was reportedly still burning as of 11 p.m., as local fire crews remained at the scene to extinguish it.

Eyewitnesses said the inhabitants of the home that caught fire were away, but returned to find their home damaged by the flames. There were no reports of injuries as of that time.

Shortly after 10:30 p.m., the Lower Saucon Township Police Department issued an alert via email and other channels advising motorists to avoid the area due to the response to the fire, which they said had temporarily closed Black River Road between Old Philadelphia Pike and Fire Lane. That section of the road is just west of Rt. 378.

A witness said a number of volunteer fire companies from throughout the area had responded to battle the blaze, with their efforts possibly hindered by low water pressure.

Channel 69 News shared a photo of the blaze in a story published Friday evening online.

Note: This is a breaking news story. Information may be added to it or changed as additional details become available. 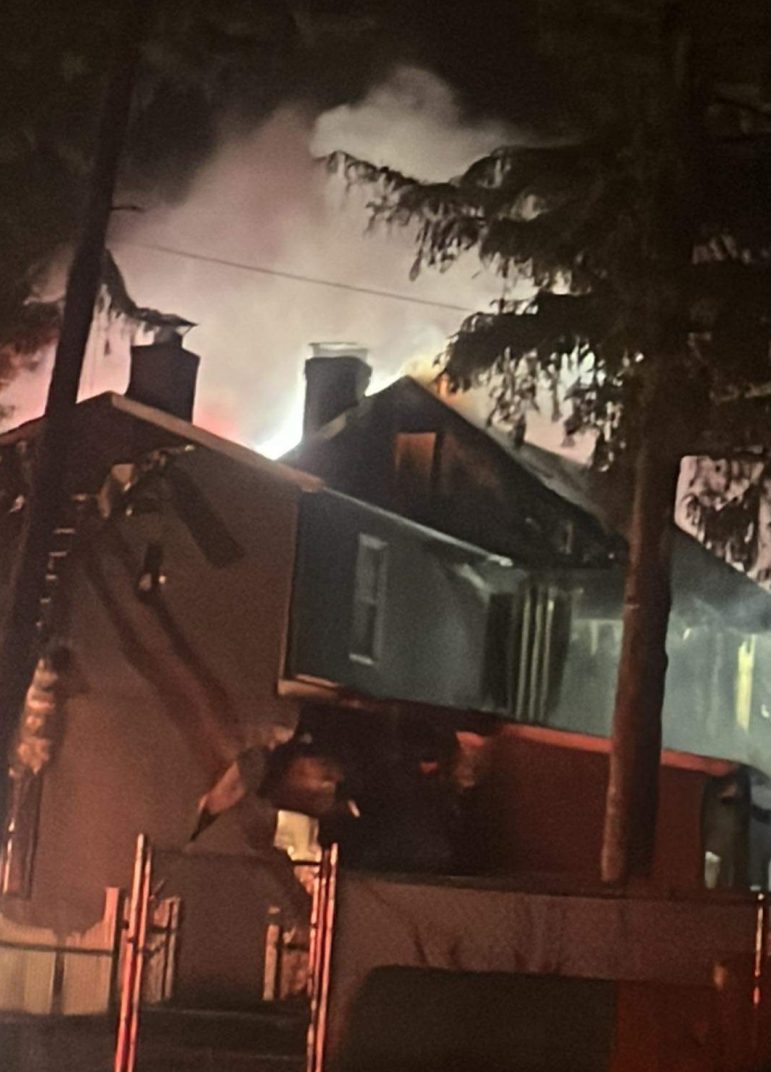 Heavy smoke was still billowing from the burning home around 11 p.m. Friday. Due to the fire department activity in the area, Lower Saucon Township Police advised motorists to avoid the neighborhood. Black River Road was closed between Old Philadelphia Pike and Fire Lane as a result of the ongoing response to the fire.