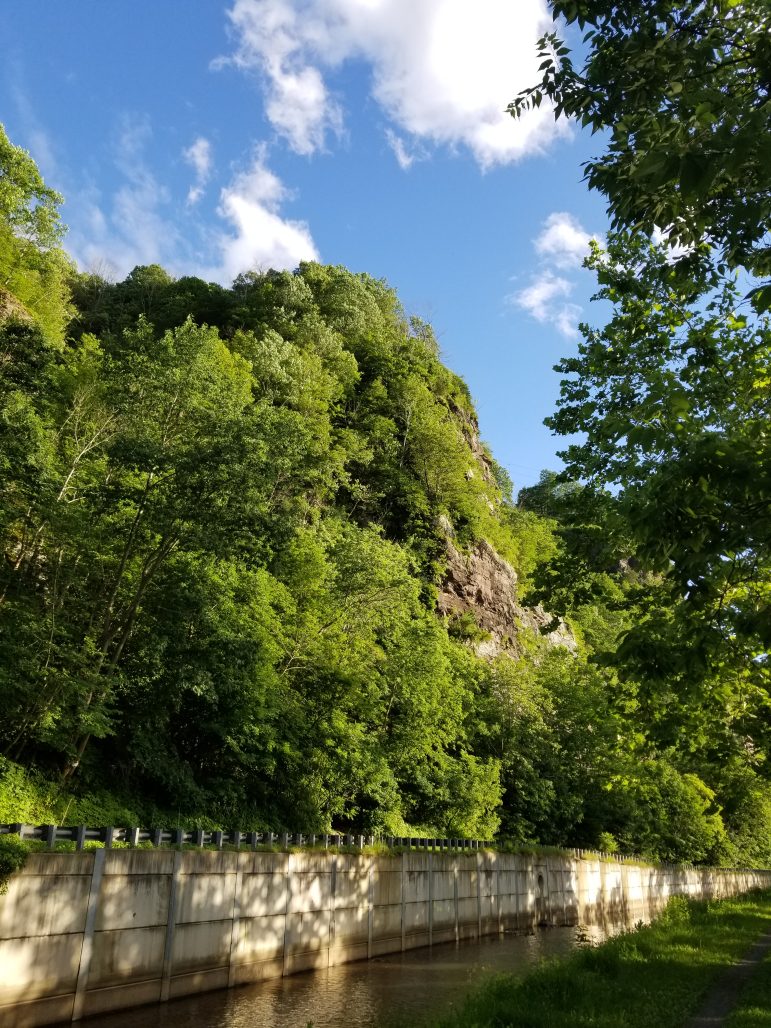 The Nockamixon Cliffs rise dramatically from the Pennsylvania side of the Delaware River, south of Kintnersville. Rt. 611 is essentially carved into their base, but motorists may not realize they are actually passing underneath the cliffs. A better view is available from the tow path between the river and the canal, which is accessible via several footbridges along Rt. 611.

If you think it’s necessary to travel hundreds of miles to stand under cliffs that tower several hundred feet in the sky, think again. The Nockamixon Cliffs along the Delaware River south of Kintnersville are an impressive natural wonder that is also close to home.

The cliffs aren’t particularly easy to see if you’re driving along Rt. 32, which passes directly underneath them. You’ll get a much better view of them if you park in one of the pull-offs at their base and cross over the Delaware Canal to the tow path along the river.

It is there that a display erected by the state’s Department of Conservation & Natural Resources (DCNR), the Friends of the Delaware Canal and the Delaware & Lehigh National Heritage Corridor provides some fascinating insight into the area’s history. 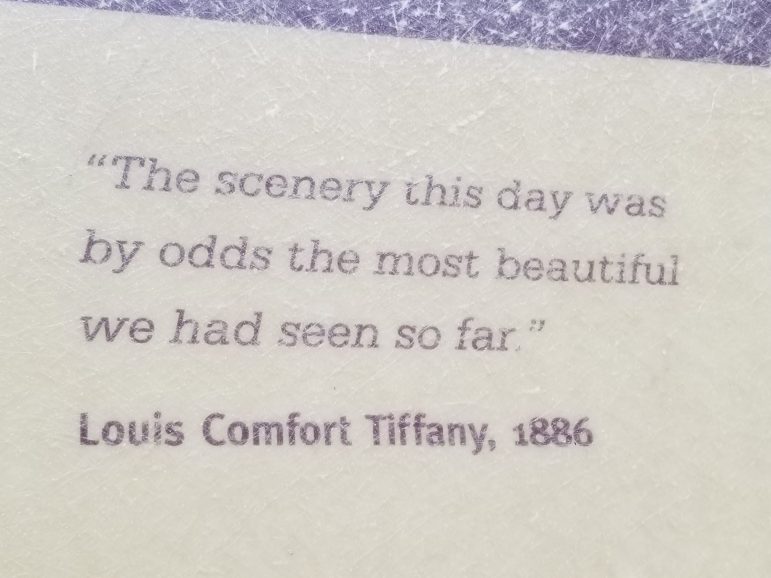 Famed stained glass artisan Louis Comfort Tiffany described the Nockamixon Cliffs scenery as “the most beautiful we had seen so far” in correspondence from the late 19th century. 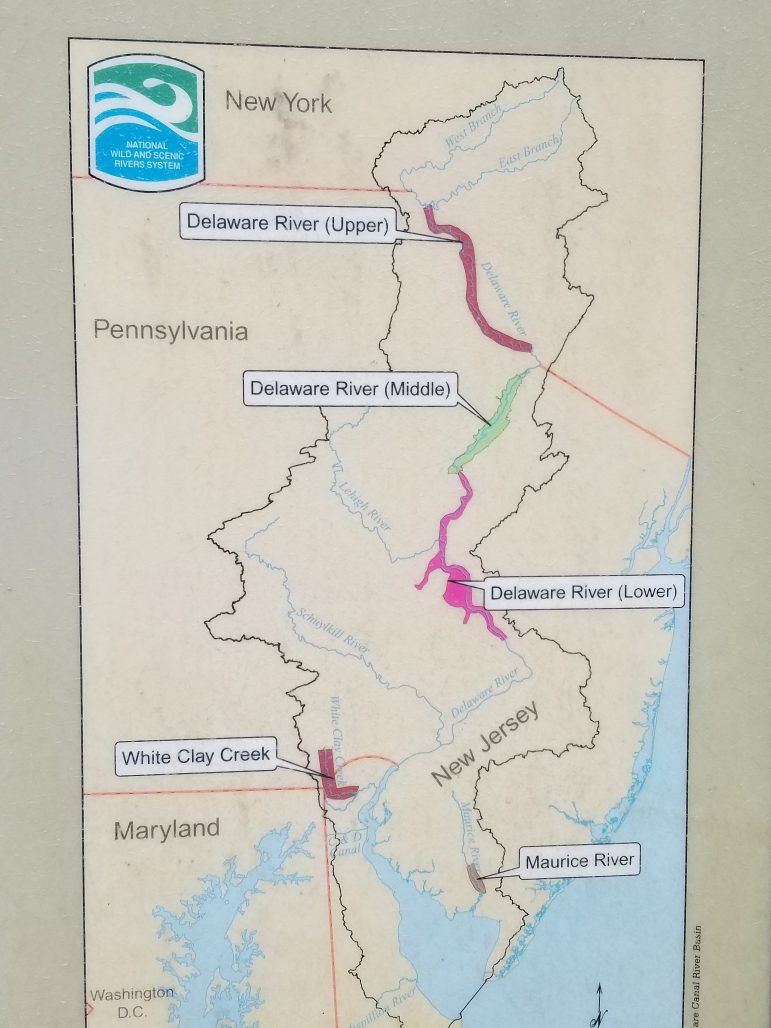 A map that is displayed along the Delaware Canal tow path shows the location of the Nockamixon Cliffs with respect to sections of the Delaware River watershed. The cliffs are located near the center of the lower river section highlighted in pink.

“This Bucks County geologic wonder was formed eons ago when molten magma from the earth’s crust transformed sandstone and shale into a harder rock,” the display states. “Unlike the New Jersey side’s south-facing cliffs where cactuses flourish, these north-facing cliffs support rare arctic-alpine plant life–the only place where one of the species is known to grow south of Maine.”

“The cliffs extend three miles along the Delaware River between Narrowsville and Kintnersville, providing a splendid view for sightseers,” the signage notes. “Admire waterfalls of ice in winter and blankets of Dutchman’s breeches in spring. Join birdwatchers who have come to this spot for centuries. Picnic, fish or boat in the vicinity. Delaware Canal State Park maintains Nockamixon Cliffs as a State Park Natural Area, protecting this valuable natural resource.”

Visitors to the Nockamixon Cliffs should note that climbing on the cliffs is not permitted. 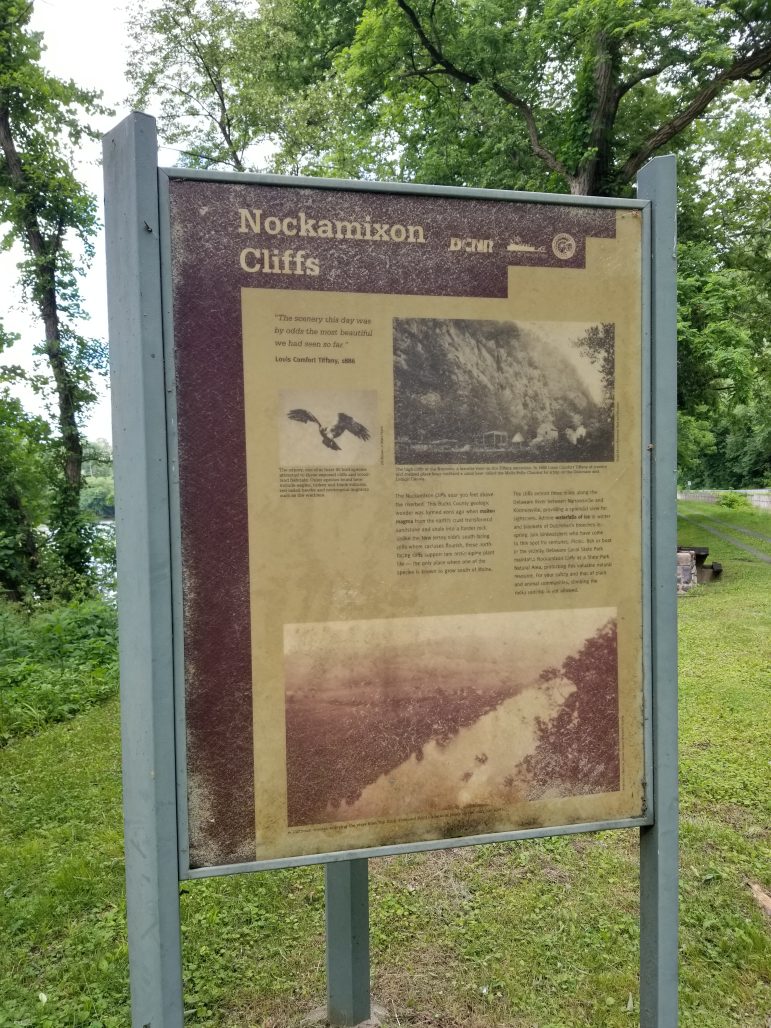 Signs erected by the Pennsylvania Department of Conservation & Natural Resources, Friends of the Delaware Canal and the Delaware & Lehigh National Heritage Corridor tell the story of the Nockamixon Cliffs, which are a protected natural area within Delaware Canal State Park. 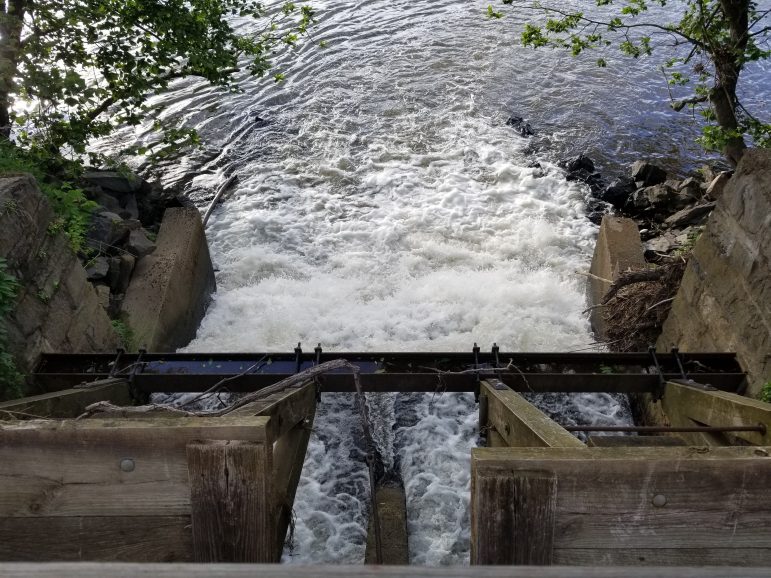 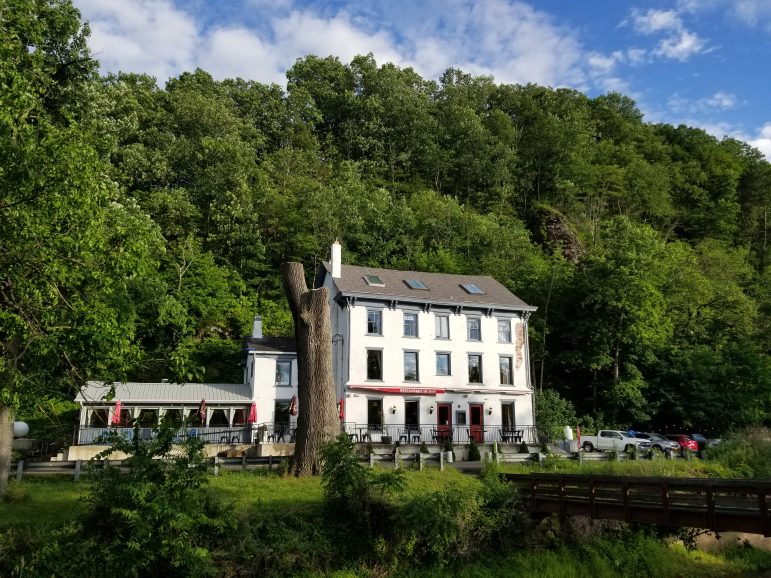 After a hike along the Delaware Canal tow path, a welcome site for many walkers is The Narrows Restaurant & Bar, which is scenically located at the base of the Nockamixon Cliffs between Kintnersville and Upper Black Eddy. A bridge which spans the canal in front of the historic inn provides access to the tow path, along which stunning views of the cliffs may be had. 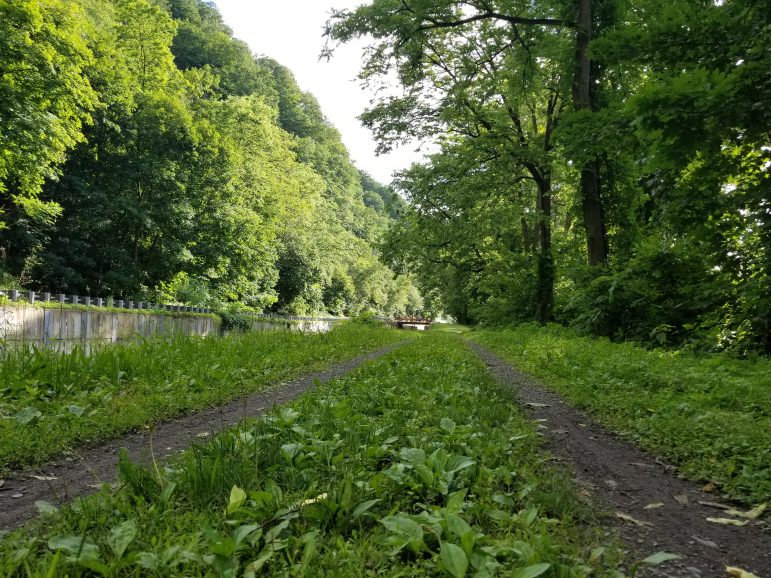 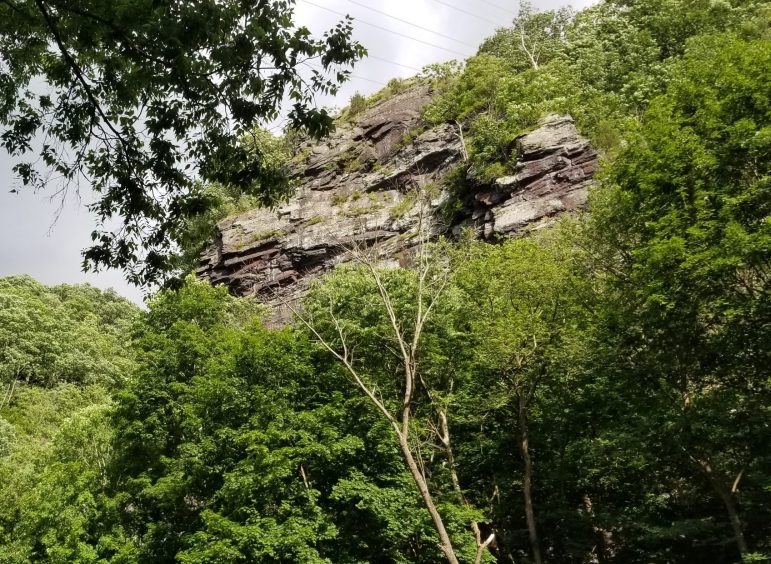 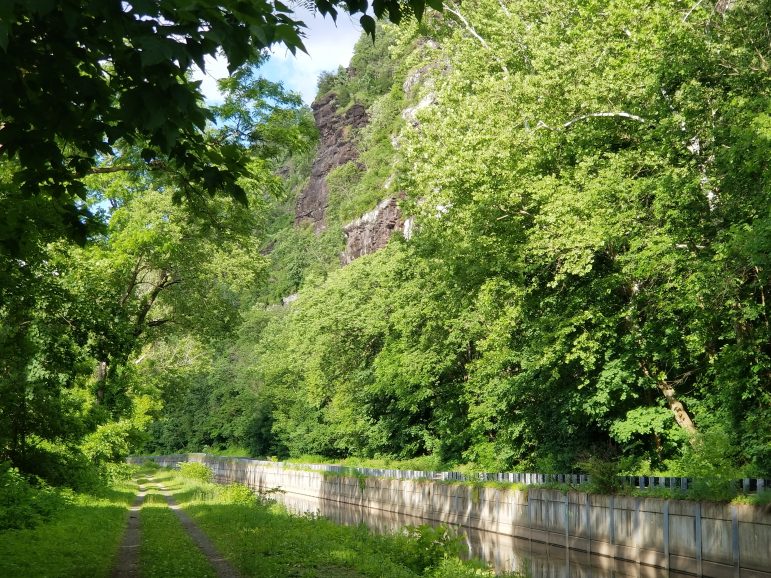 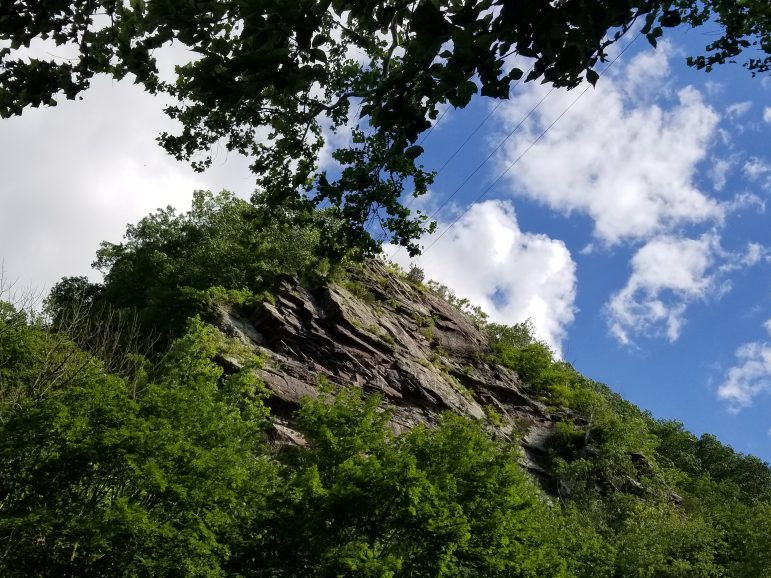 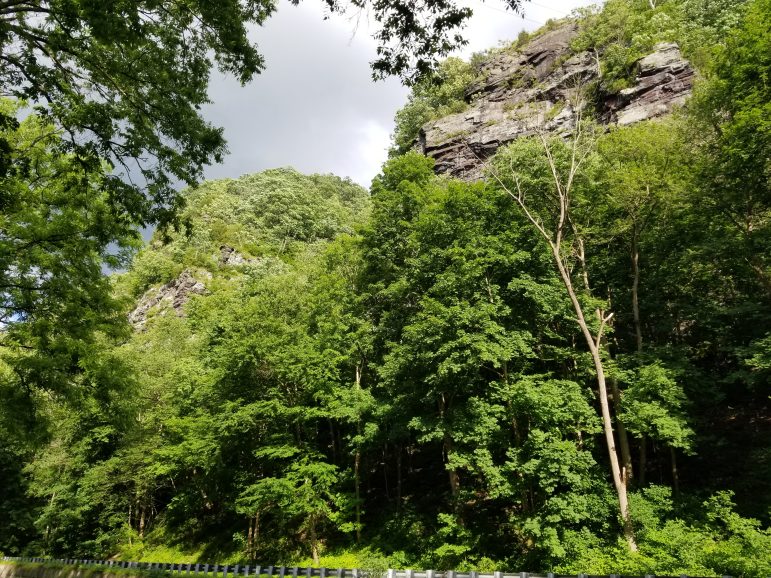 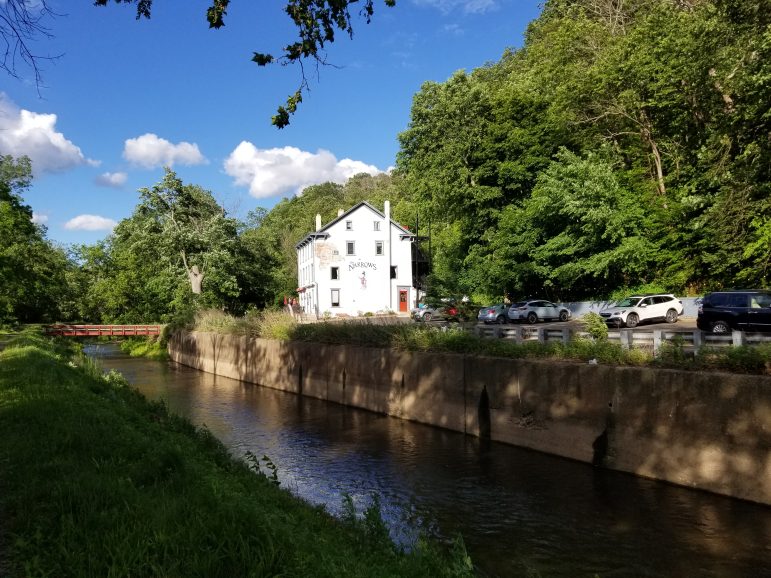 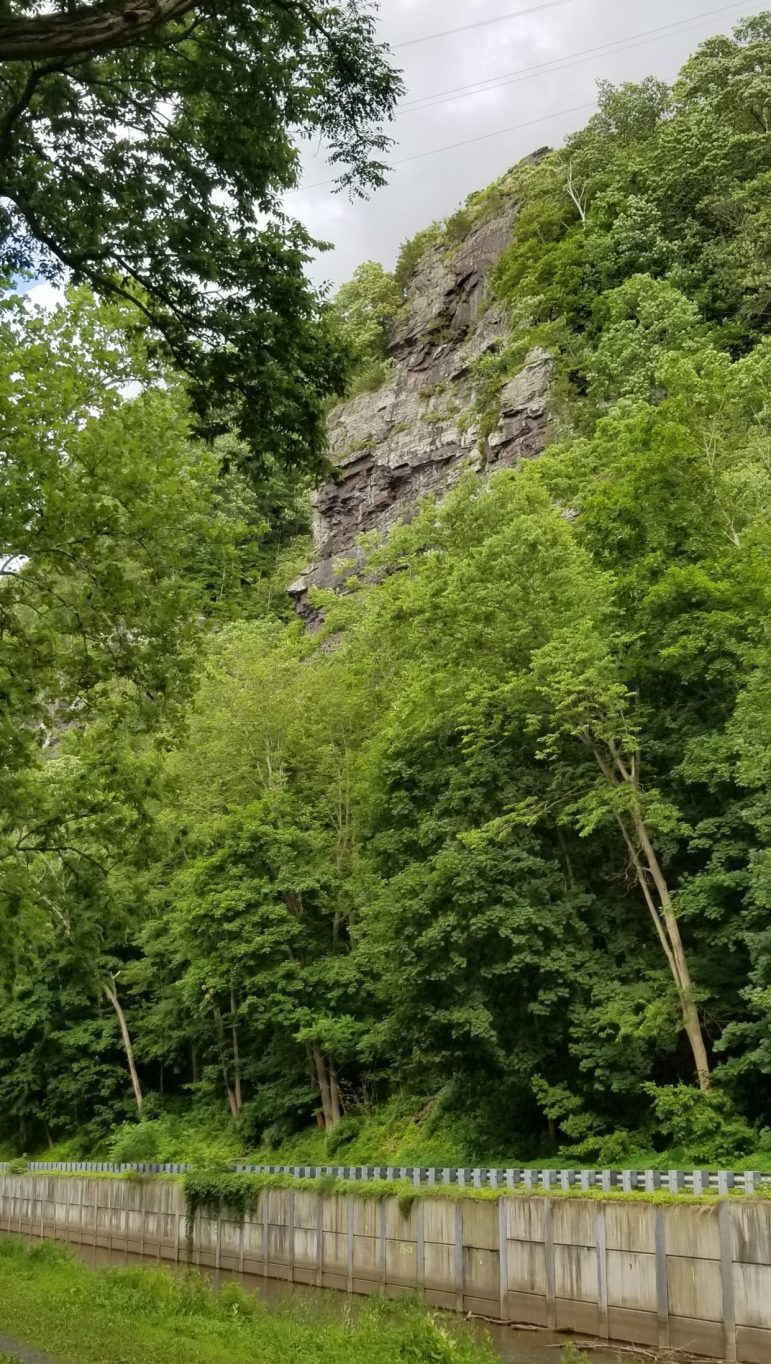