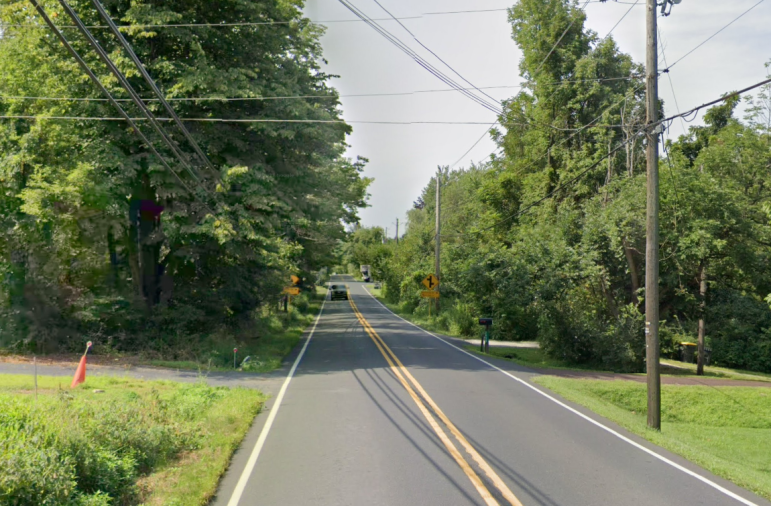 Pennsylvania State Police say a 51-year-old Montgomery County woman allegedly rolled her car after falling asleep while driving in the 2800 block of Rt. 212 in Springfield Township Aug. 13. The rural stretch of road is located near Springtown.

Pennsylvania State Police say a Montgomery County woman suffered a suspected minor injury when she allegedly fell alseep behind the wheel of her car while driving on Rt. 212 in Springfield Township, Bucks County, earlier this month.

According to a crash report issued by state police at Dublin, 51-year-old Michelle R. Lipinski of Roslyn, Abington Township, was southbound in the 2800 block of Rt. 212 (also known as Old Bethlehem Road) when she crashed just after midnight on Aug. 13.

Police said that after Lipinski fell asleep, her vehicle drifted off the right side of the roadway, struck a grass embankment and rolled onto its roof.

The news release indicated that the 2018 Chevy Trax Lipinski was driving then came to a stop on its roof in the middle of the road.

Lipinski was able to free herself from the wreck and was treated by an EMS crew that was dispatched to the scene, police said.

According to Bucks County district court records, following the crash Lipinski received summary citations for failure to stay in a lane of travel, driving on a suspended license and driving without insurance.

As of Sunday, she hadn’t pleaded to any of the citations, according to the dockets that were filed by the state police investigator in District Court 07-3-03.

Note: All individuals are presumed innocent until proven guilty in a court of law. This story was compiled using information provided by Pennsylvania State Police Troop M, Dublin barracks, and from Bucks County district court records.