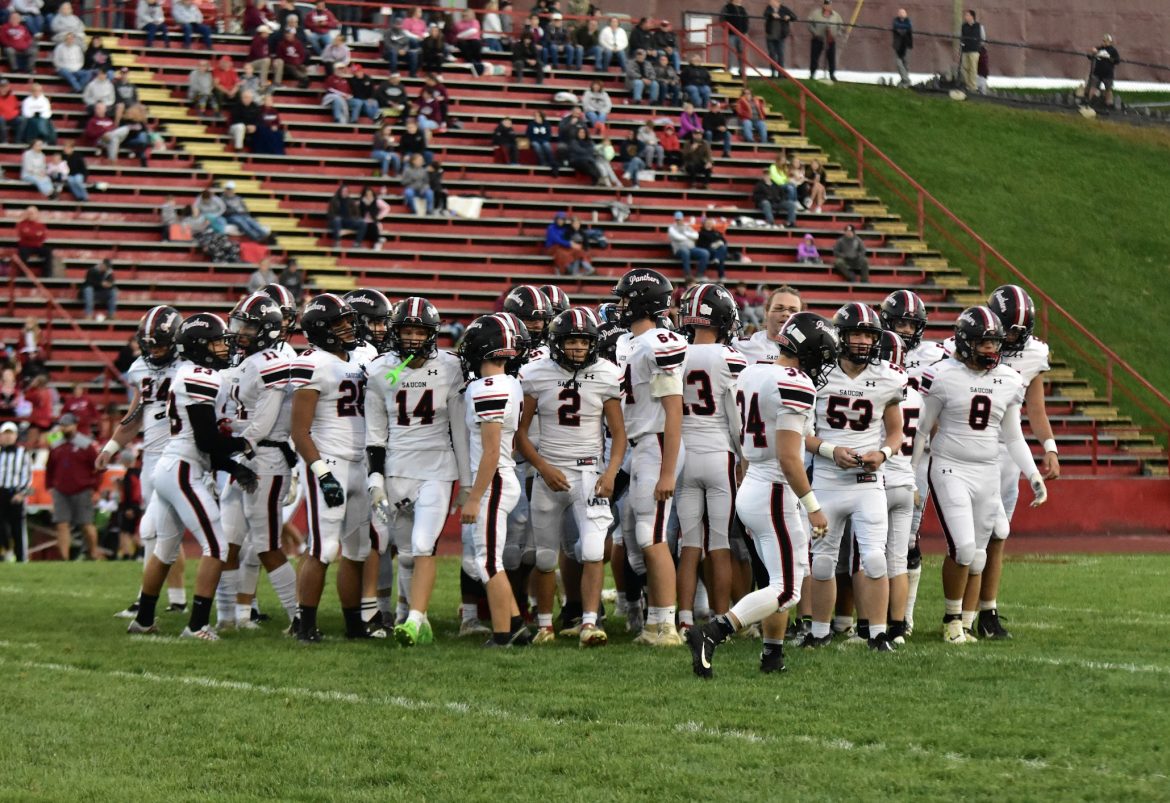 The Saucon Valley Panthers on the prowl in Pottsville.

On Friday night the Saucon Valley Panthers hit the road to battle the Pottsville Crimson Tide.  The Panthers were looking to rebound from a heartbreaking loss last week to the Bangor Slaters.  Pottsville was looking for their second win of the season after dropping their last game to Blue Mountain.  Last year, Pottsville hammered Saucon 35-7.

The game started a little slow with both teams exchanging punts after Saucon Valley received the opening kickoff. But, on the next possession, the Panthers manufactured a drive that was highlighted by a 32-yard completion from Travis Riefenstahl to Jack Robertson in front of the Pottsville bench.  Seven plays later, Saucon seemed to score a 7-yard touchdown on 4th & 3 when Josh Torres converted a toss around the left end.  However, the Panthers were flagged with a holding penalty.  Saucon Valley opted out of a field goal attempt and failed to convert when a back-shoulder fade pass attempt to Alex Magnotta at the first down marker fell incomplete and out-of-bounds. 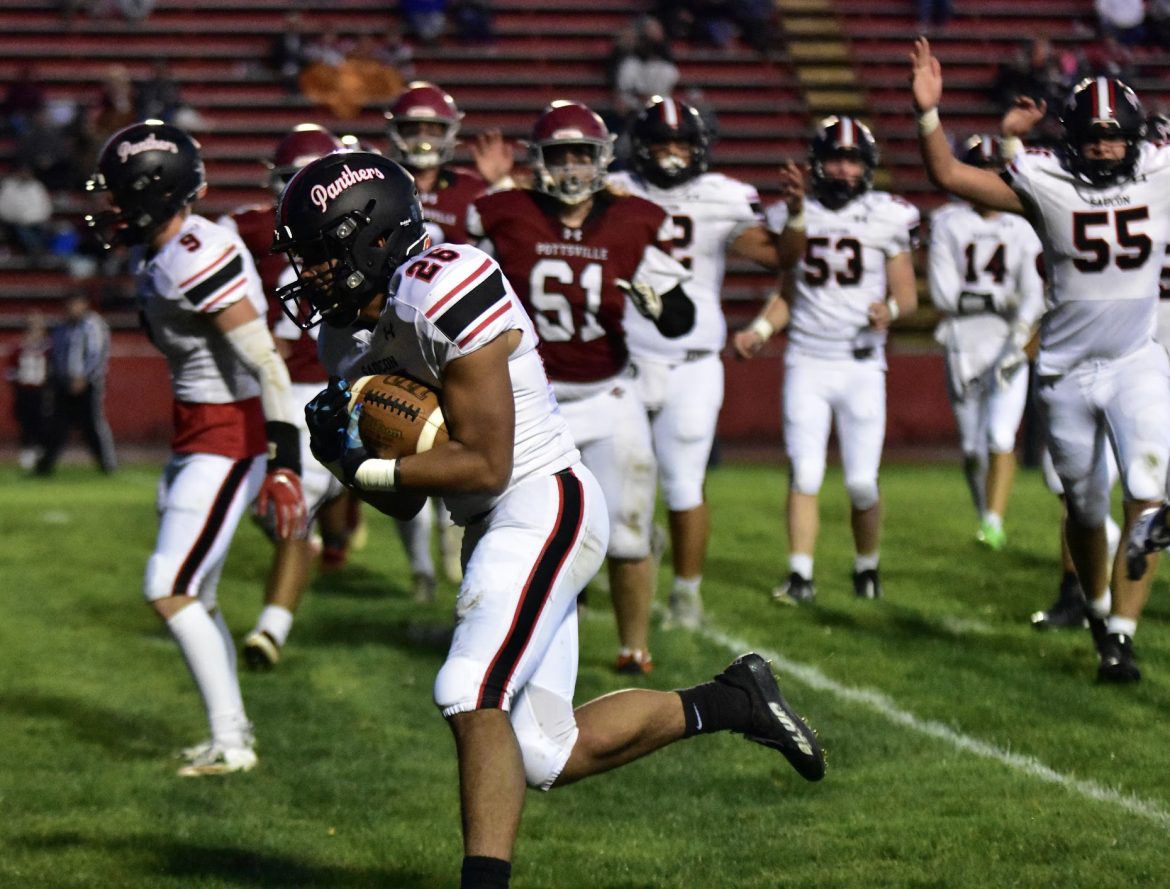 With a couple of runs and a 10-yard pass completion, Pottsville made their way out to their own 40-yardline.  From there, Crimson running back Parrish McFarland took a handoff  off right tackle, cut back hard to his left and raced his way to the end zone for a shocking 60-yard touchdown blast.  The PAT was wide right, but the Crimson were able to take a 6-0 lead over the Panthers.

Once again the teams exchanged punts. This time the Panthers were gifted great field position at the Crimson 39-yardline.  After a 3-yard completion to Jared Rohn on a swing pass, Riefenstahl found Robertson for an additional 33-yards on a post route down to the Pottsville 3-yardline. On the very next play Josh Torres found the end zone on toss-left for a touchdown.  Braeden Schriffert hit the extra-point and the Panthers pounced on a 7-6 advantage to close out the first half scoring late in the second period. 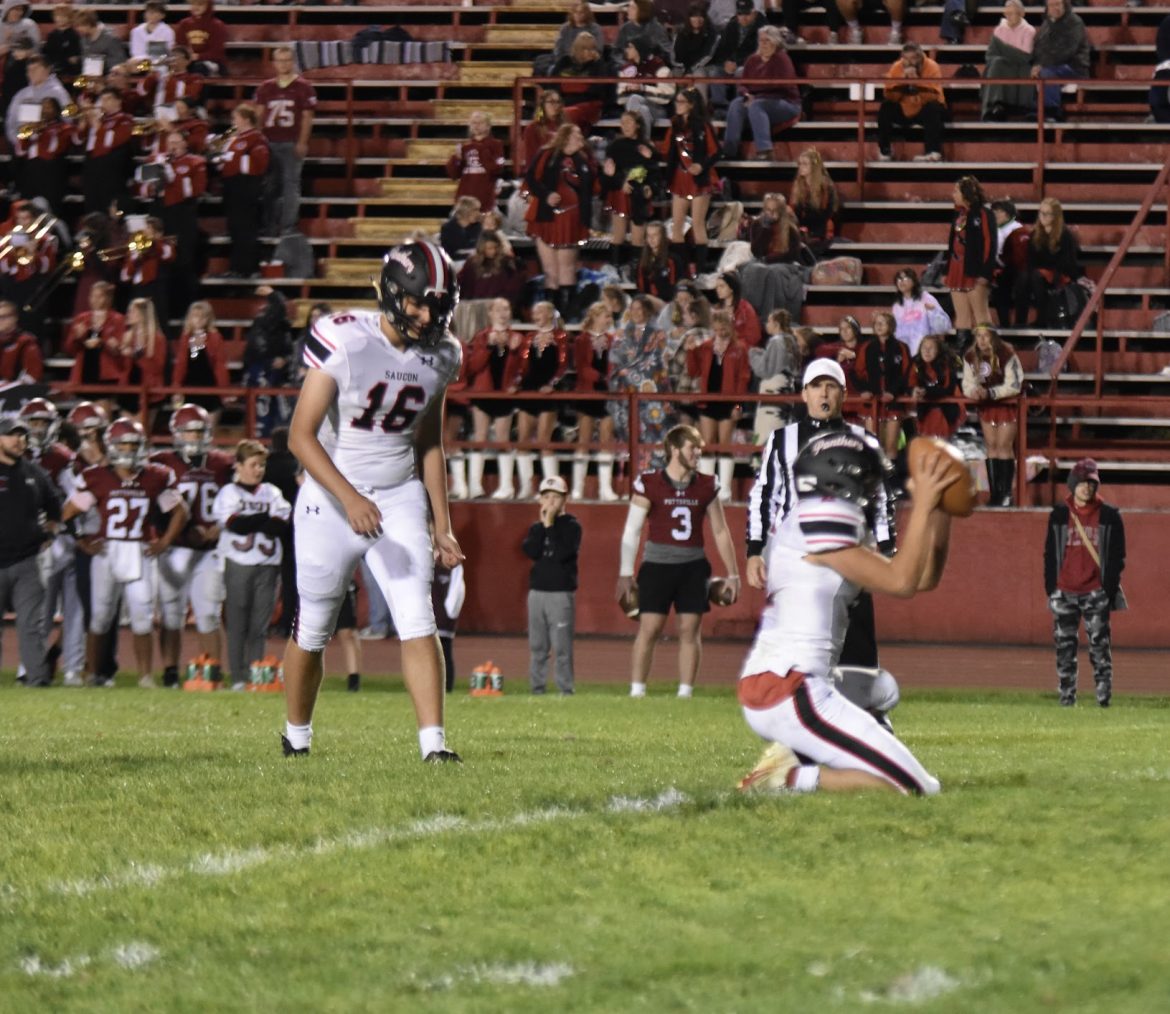 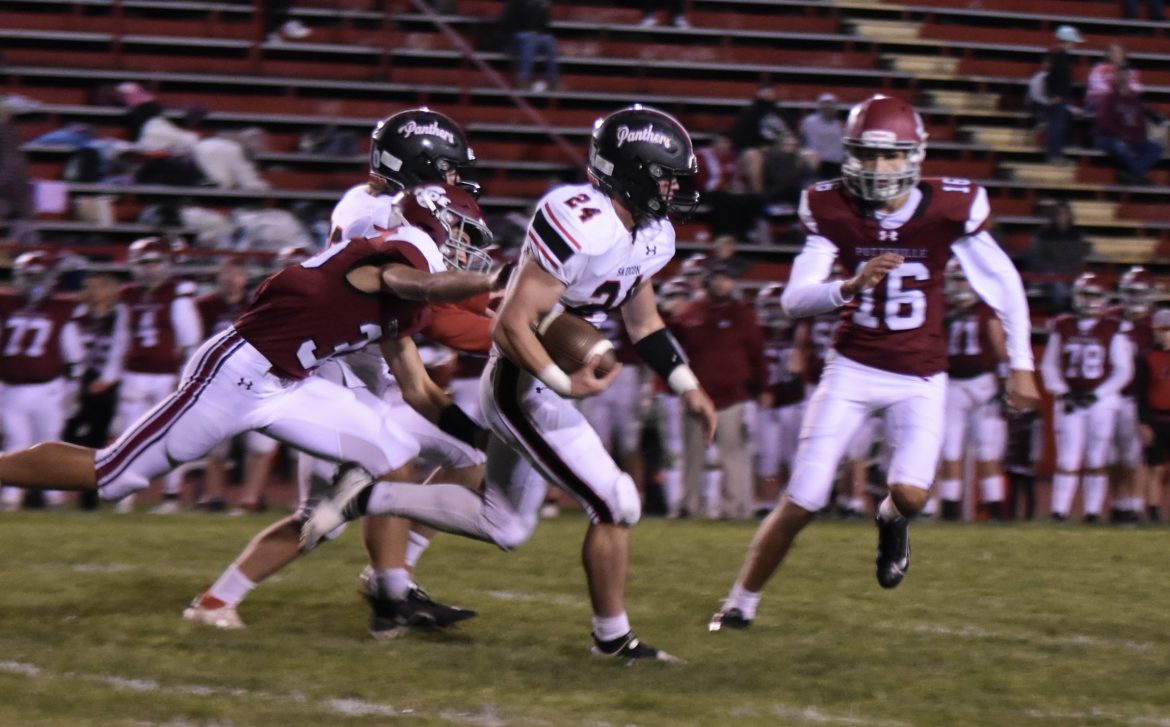 Landon Beckowski (24) returns the Pottsville kickoff for an early second half touchdown against Pottsville.

Not to be outdone, Saucon Valley’s Landon Beckowski returned the favor when he received Pottsville’s kickoff.  Beckowski secured the kick at his own 13-yardline and went return-right.   Breaking through the grasp of four different tacklers, he tightroped his way down the Panther sideline for the score.  Schriffert did his thing and less than a minute into the second half the Panthers answered to take a 14-13 lead.

Sloppy play, turnovers and penalties best characterized most of the remainder of the game with neither team crossing the goalline.  However, late in the fourth quarter Pottsville was able to cap off a 60-yard drive for a touchdown.  It was Parish McFarland’s turn to score on toss-left. The Crimson opted for a 2-point PAT, but were unsuccessful.  With 1:55 left to play Pottsville led Saucon Valley 19-14. 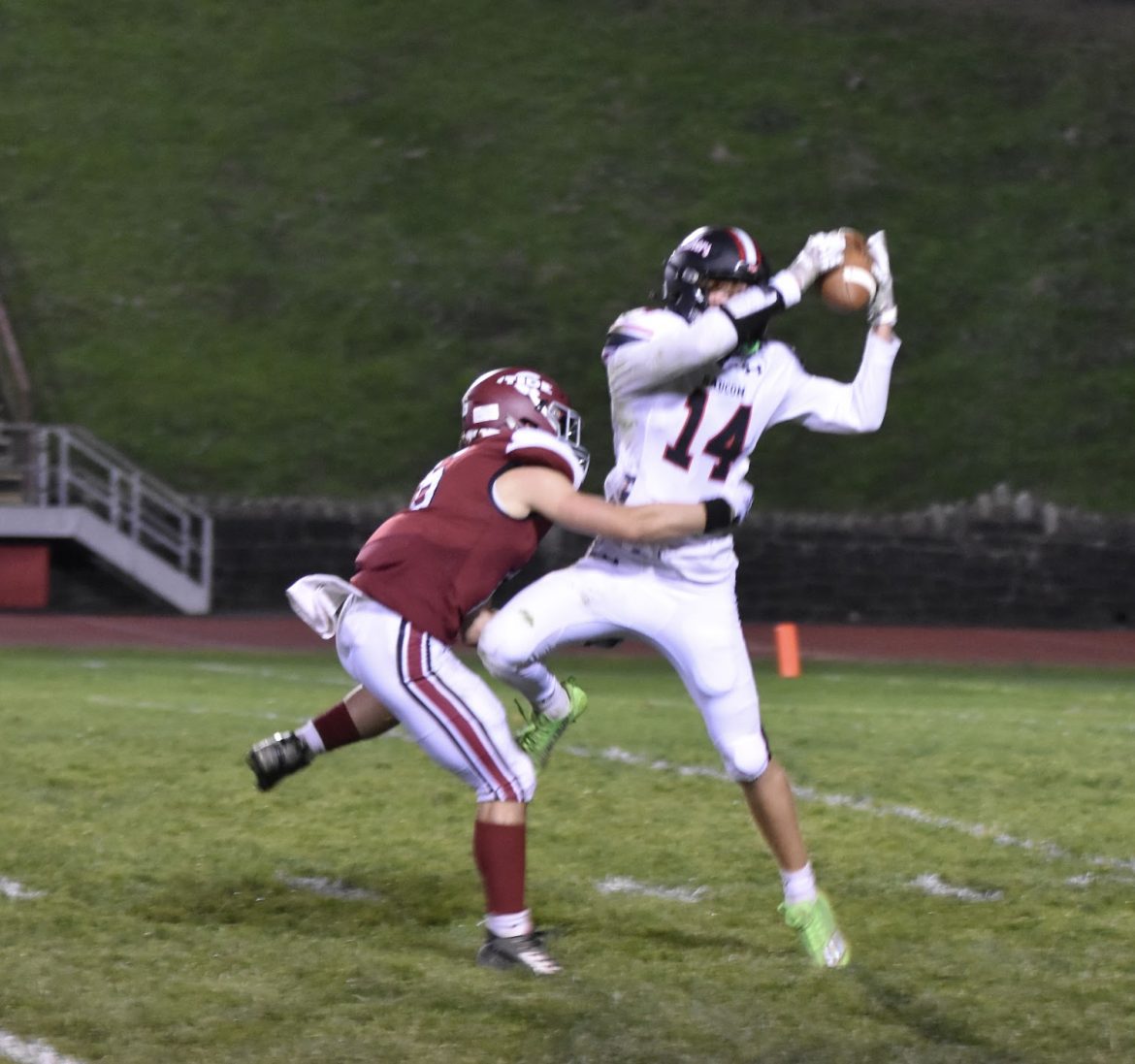 Following the Crimson Tide kickoff, Saucon Valley took possession at their own 36-yardline.  Riefenstahl to Robertson for 34-yards on a crossing route and Riefenstahl to Braden Weiss for 14-yards on a slant down to the Pottsville 20-yardline had the Panther faithful brimming with optimism.  However, on 3rd & 10 from the 20-yardline with :40 seconds left to play, the Crimson intercepted a screen-pass intended for Ty Pfizenmayer. The Pottsville offense took the field, lined up in a “Victory” formation and took a knee to finish off the wild win.  For the second week in a row, the Panthers late comeback bid came up short.  Pottsville held on the defeat Saucon Valley 19-14.

UP NEXT:  The Panthers (2-3) will keep the roadshow going with a Friday Night Fight against the Northwestern Lehigh Tigers (4-1).  Kickoff in New Tripoli is scheduled for 7 p.m. 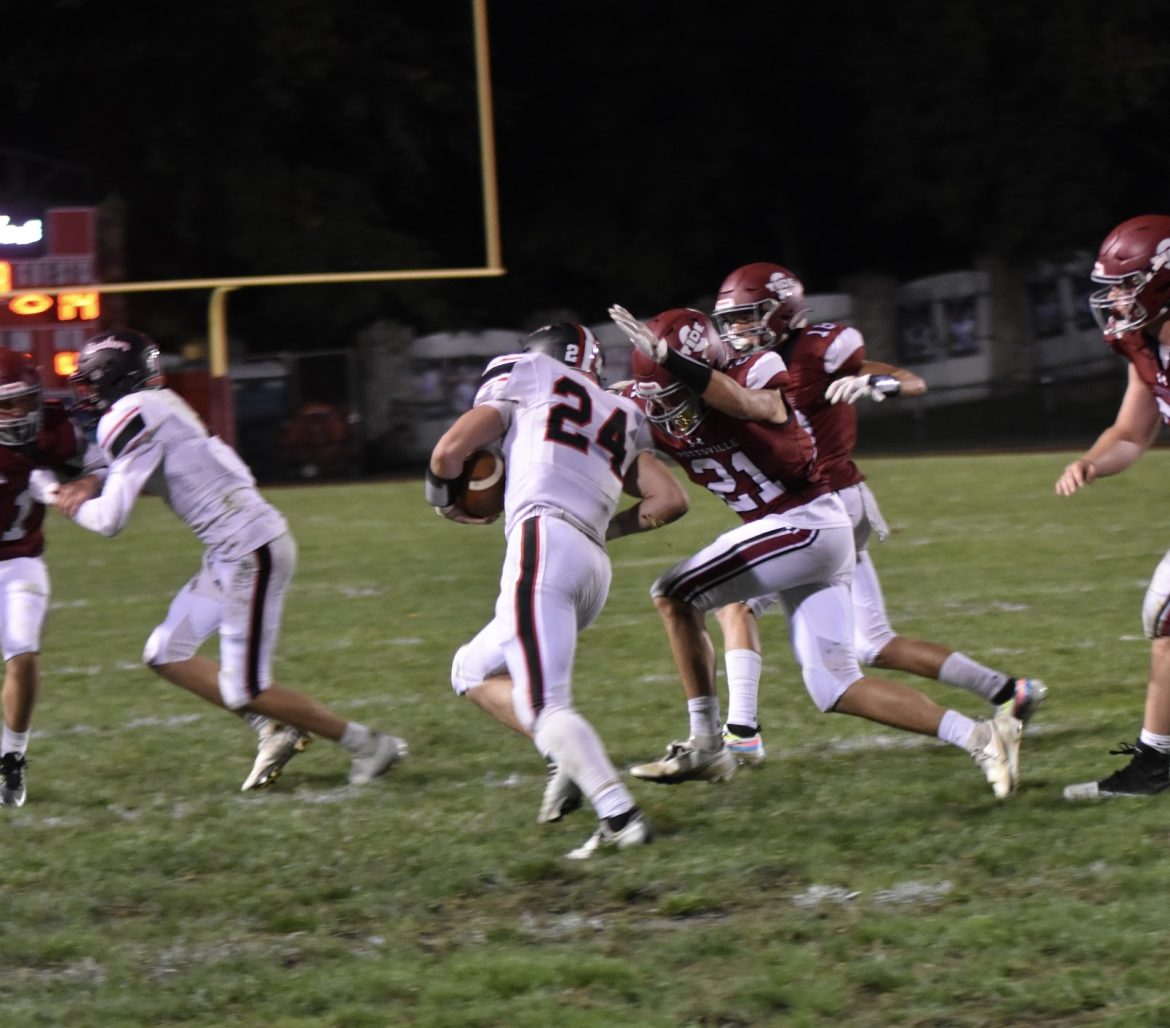 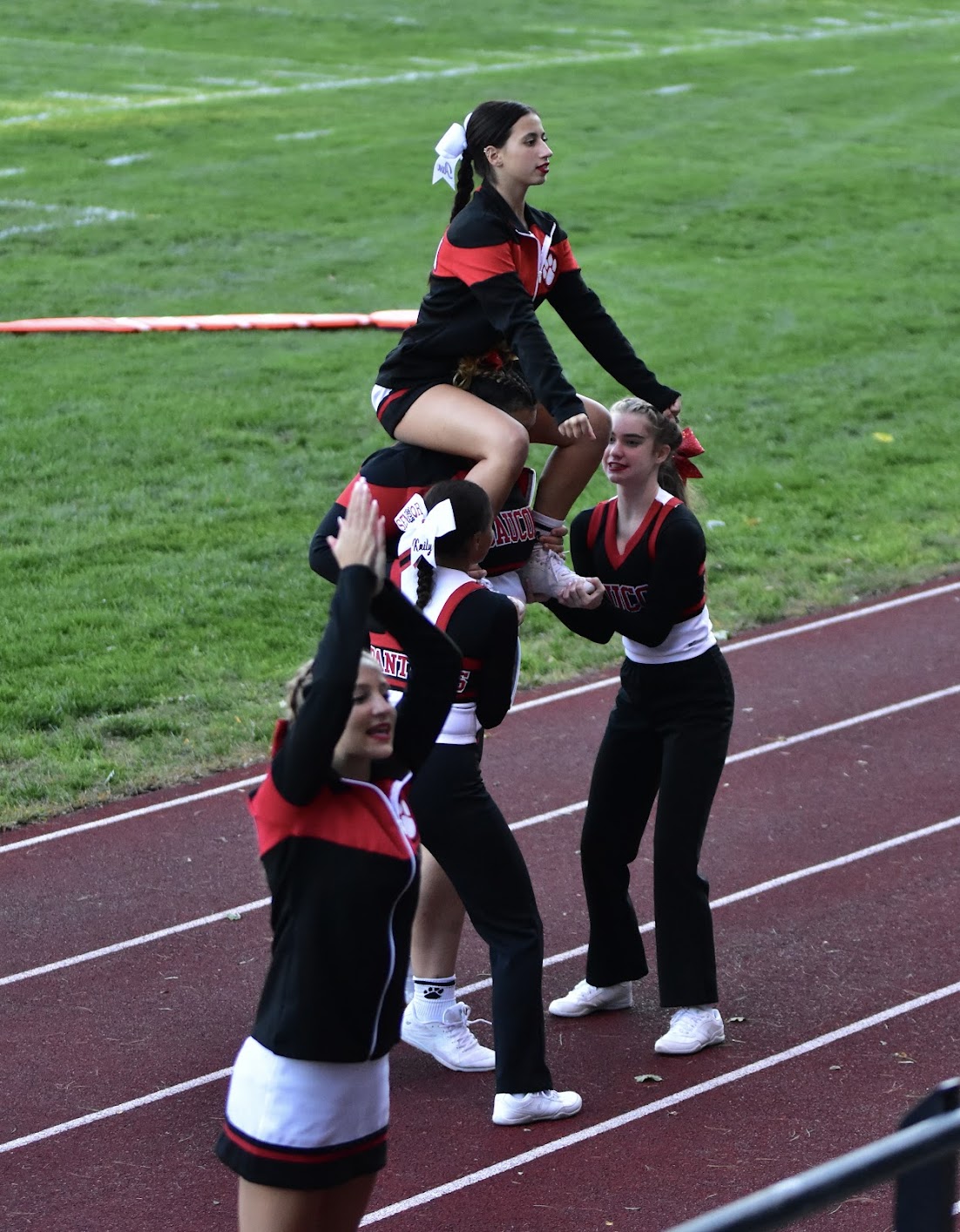 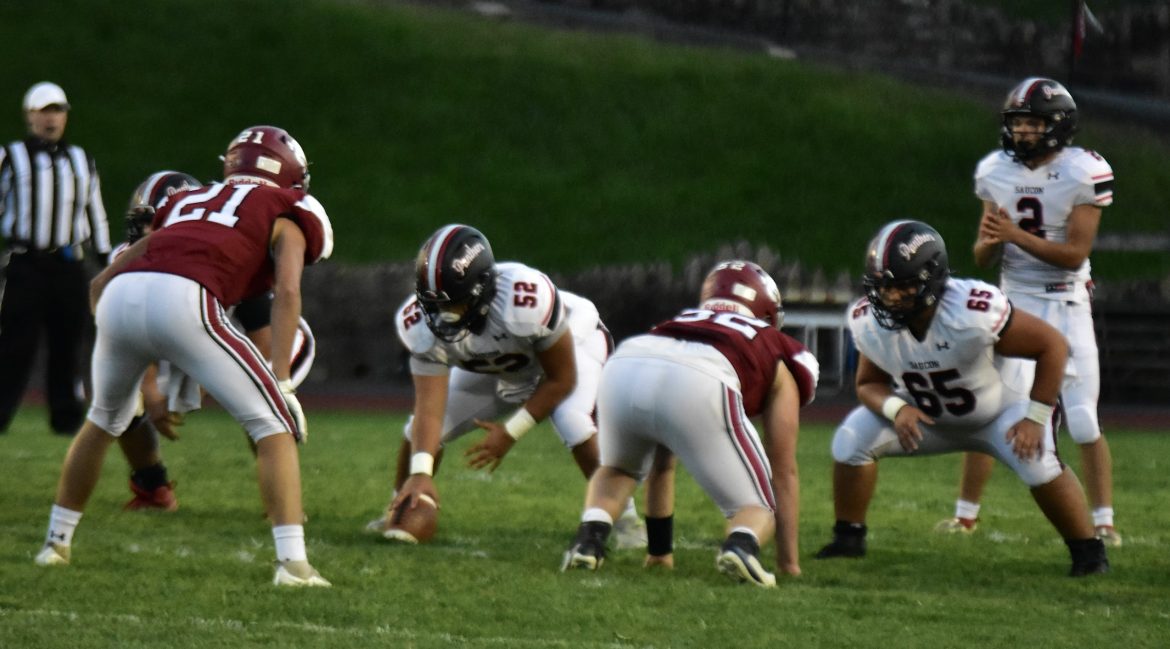 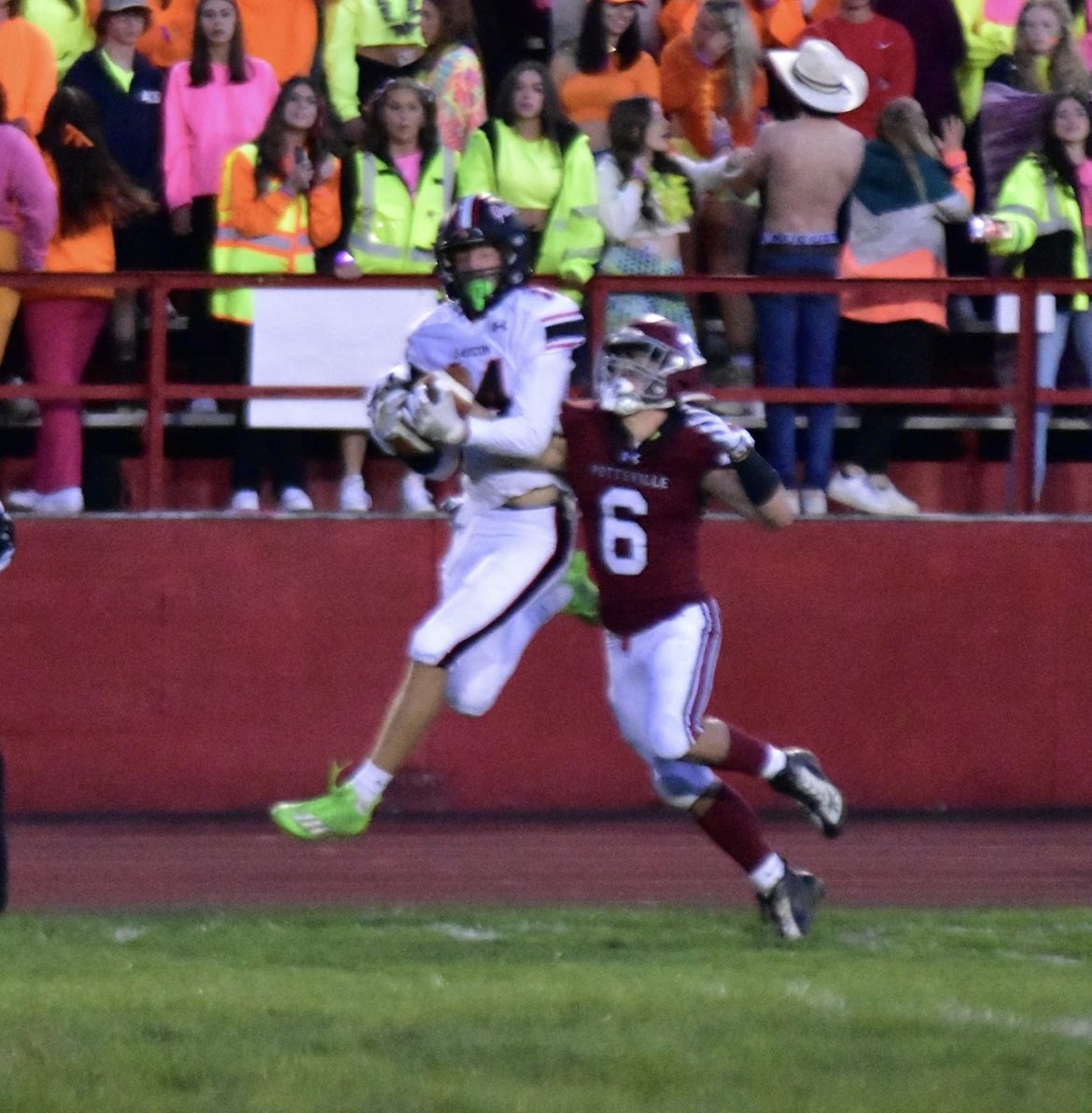 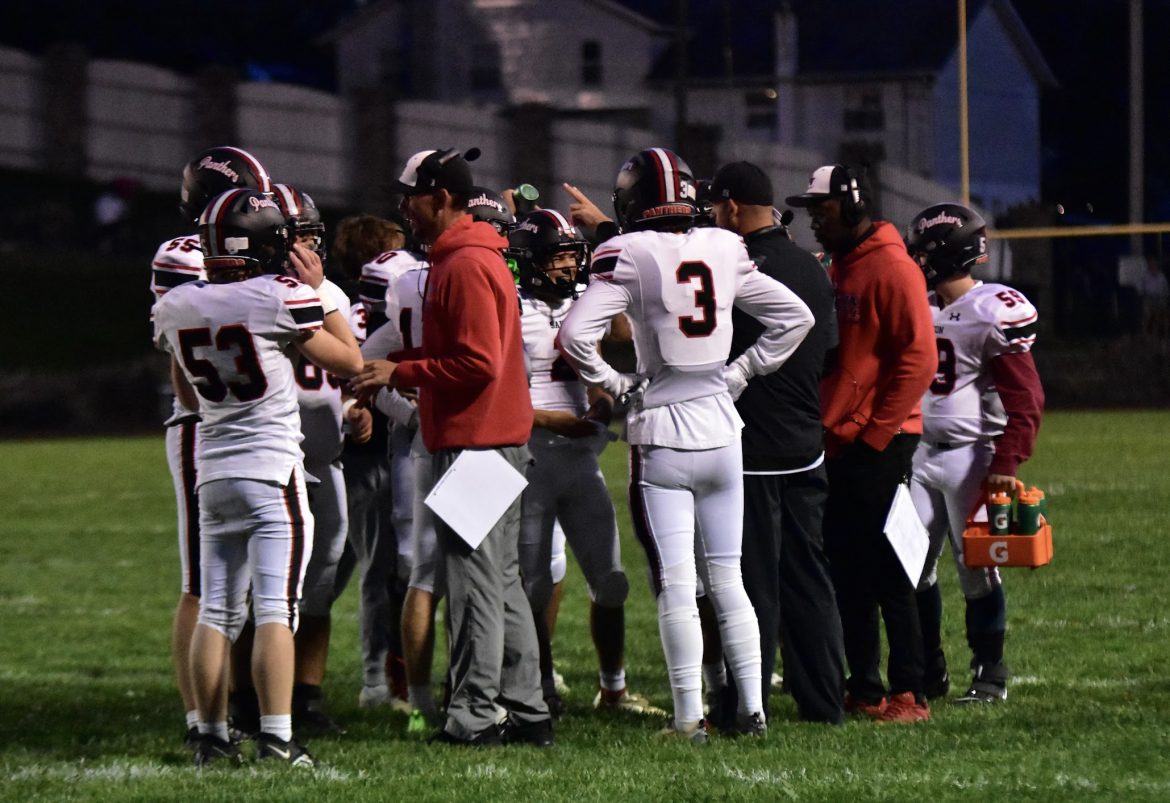 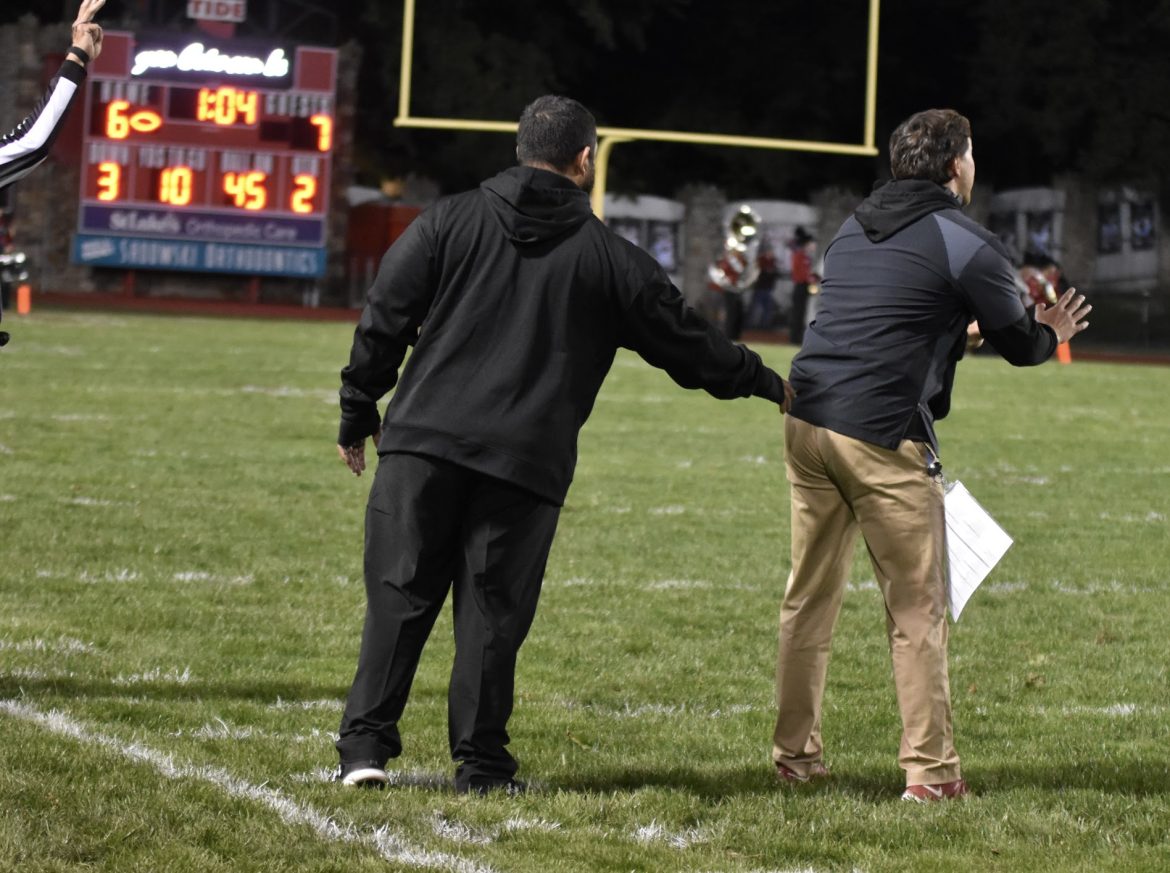 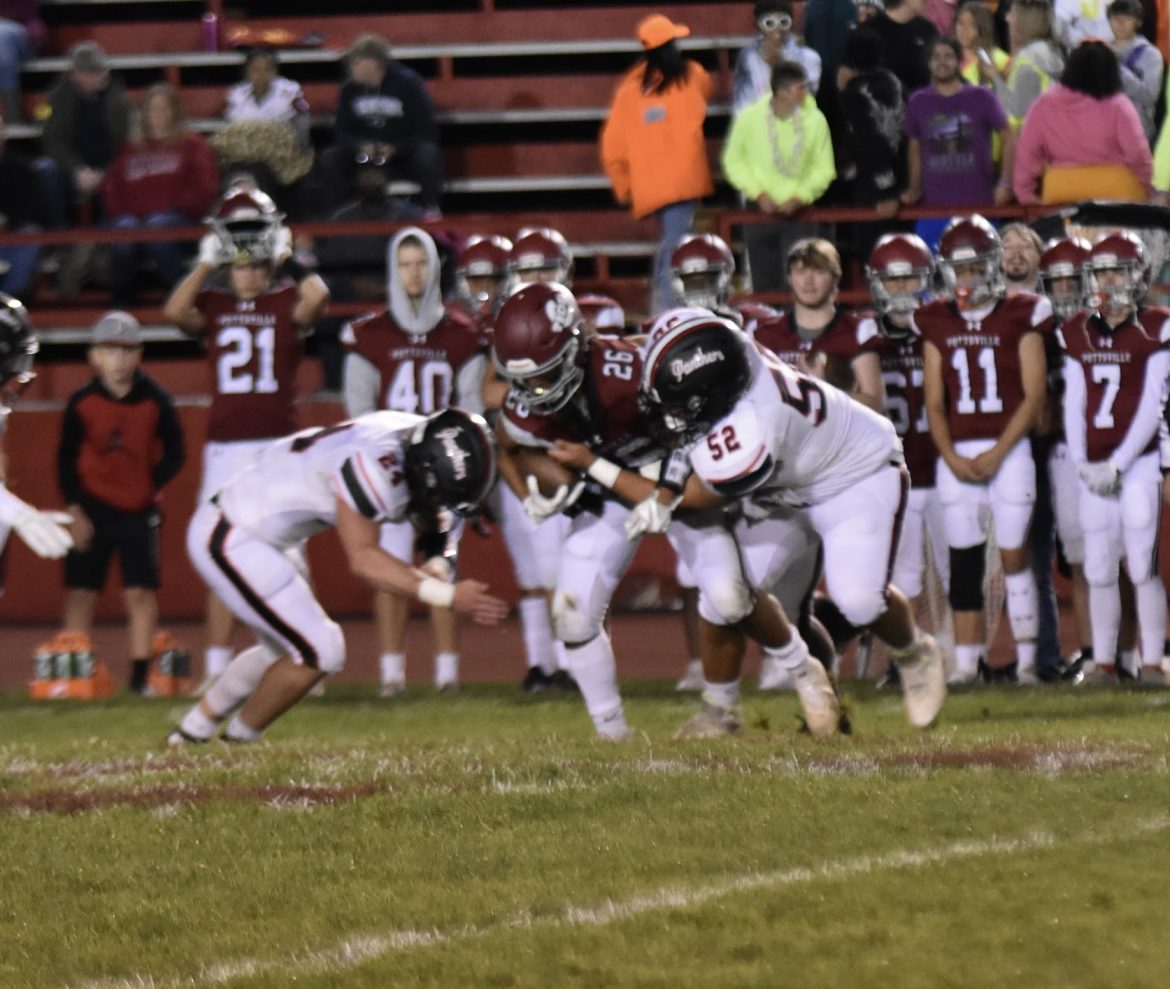 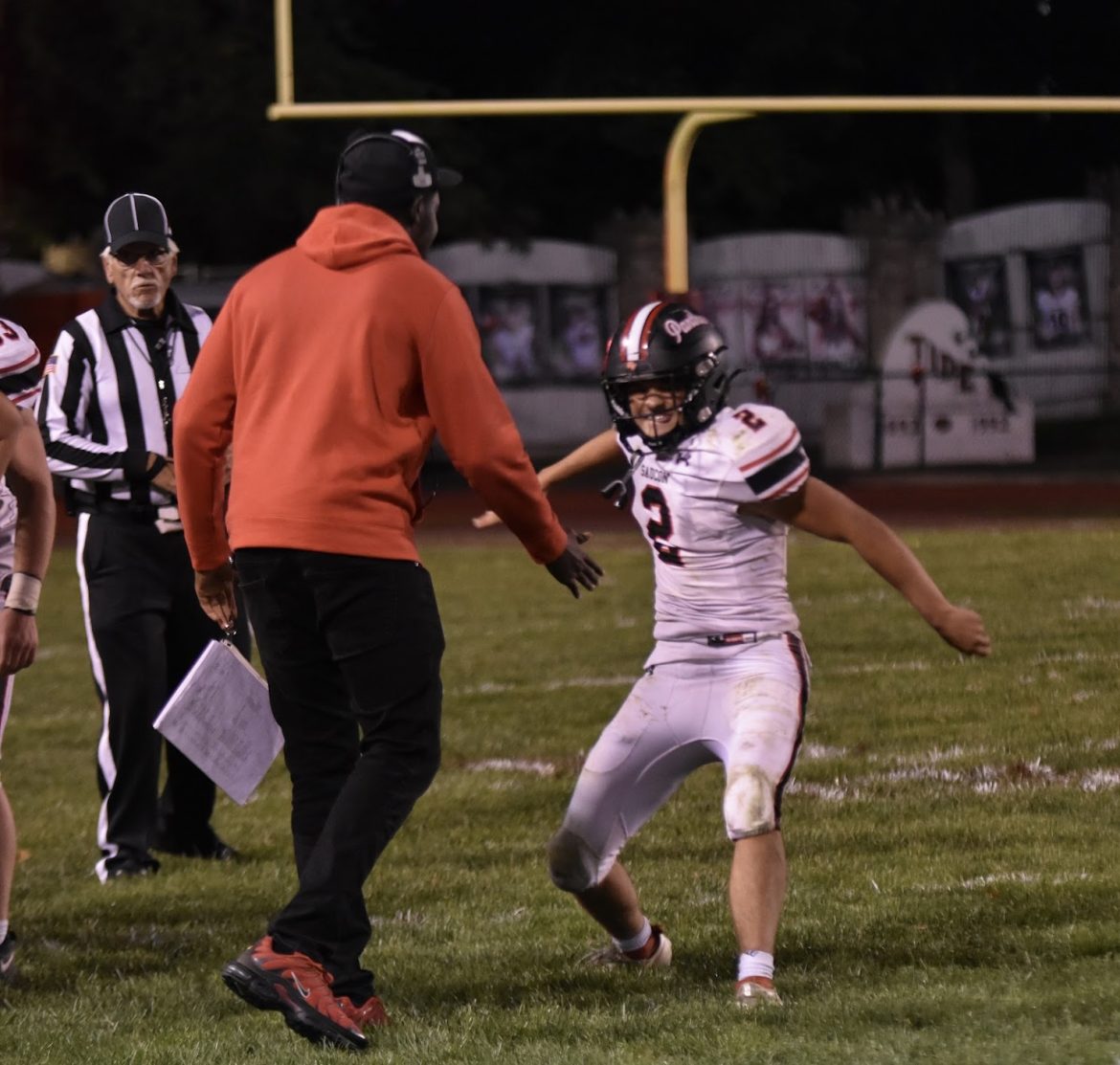 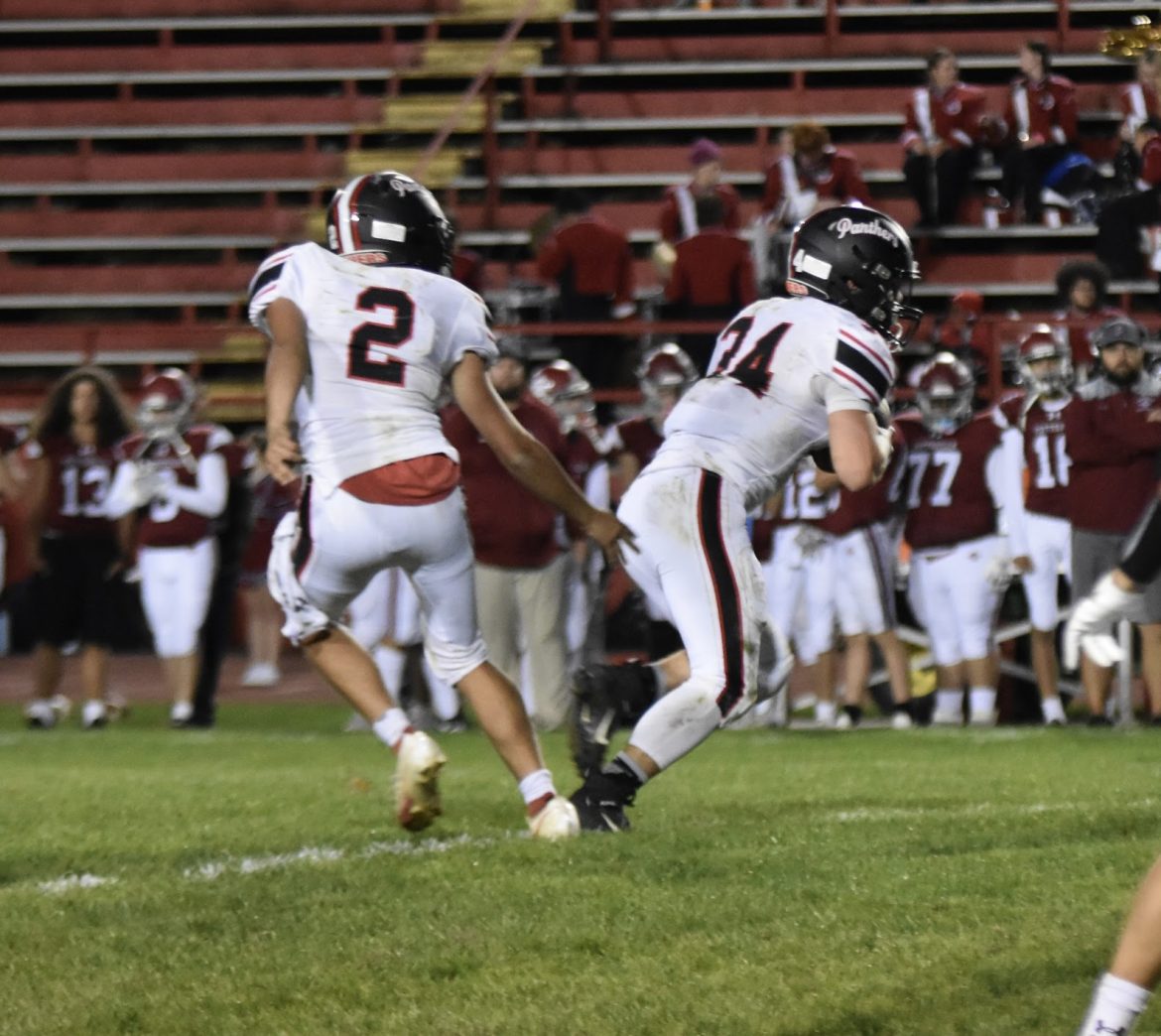 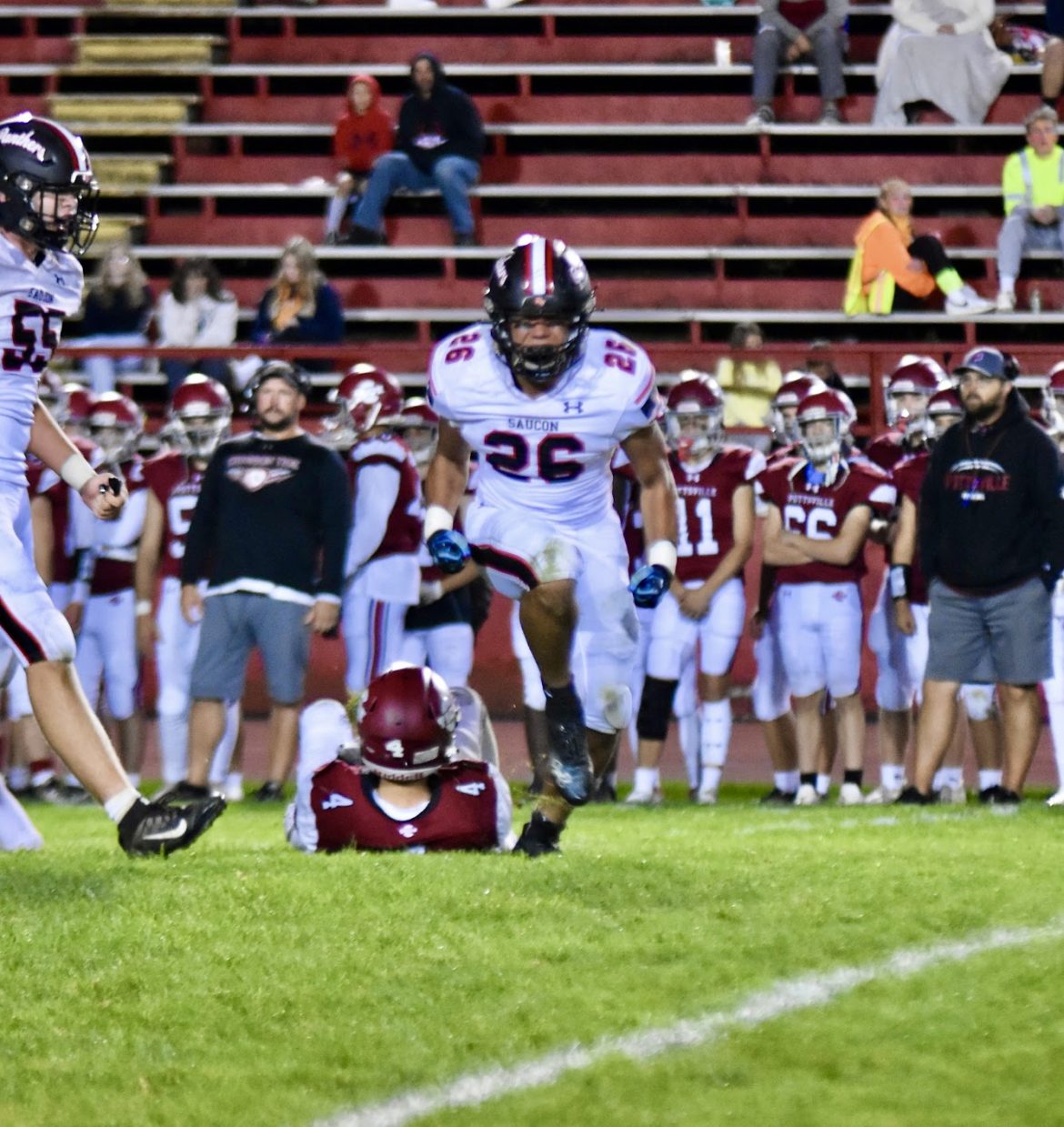 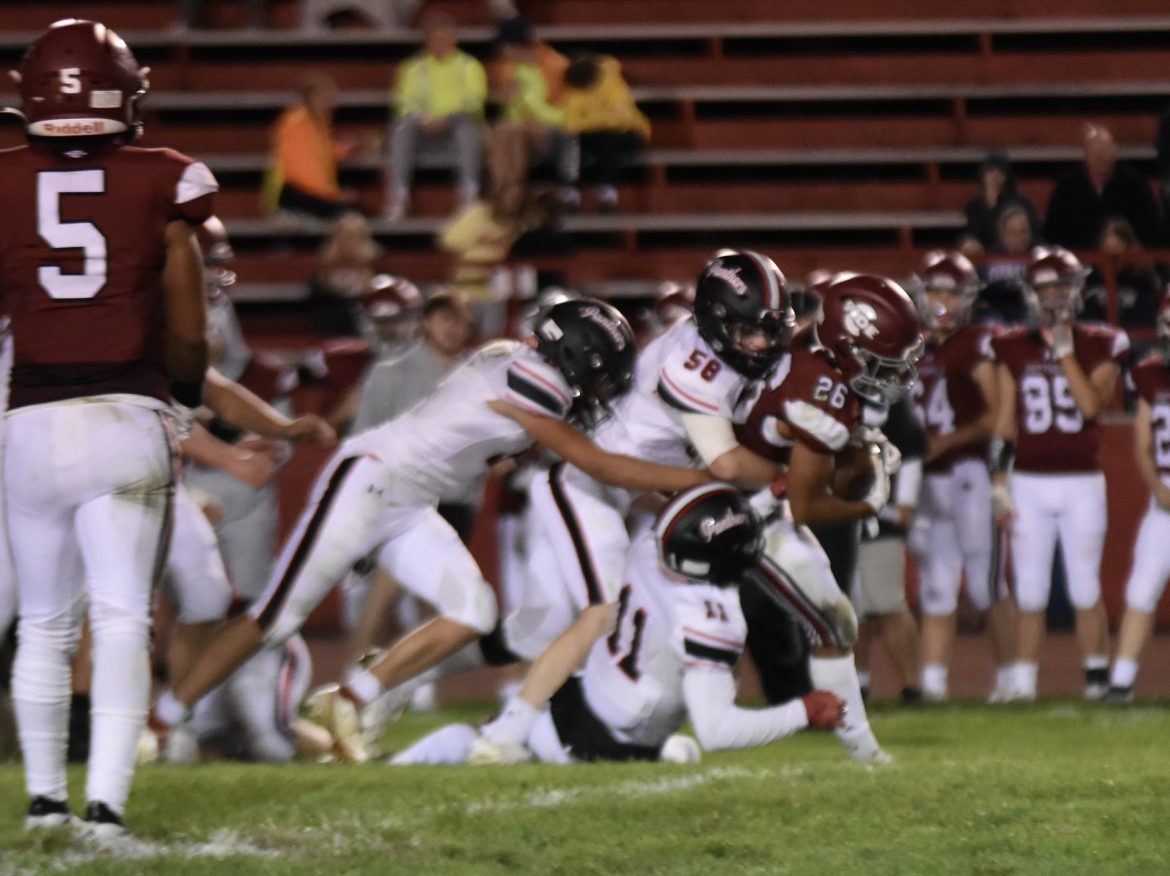 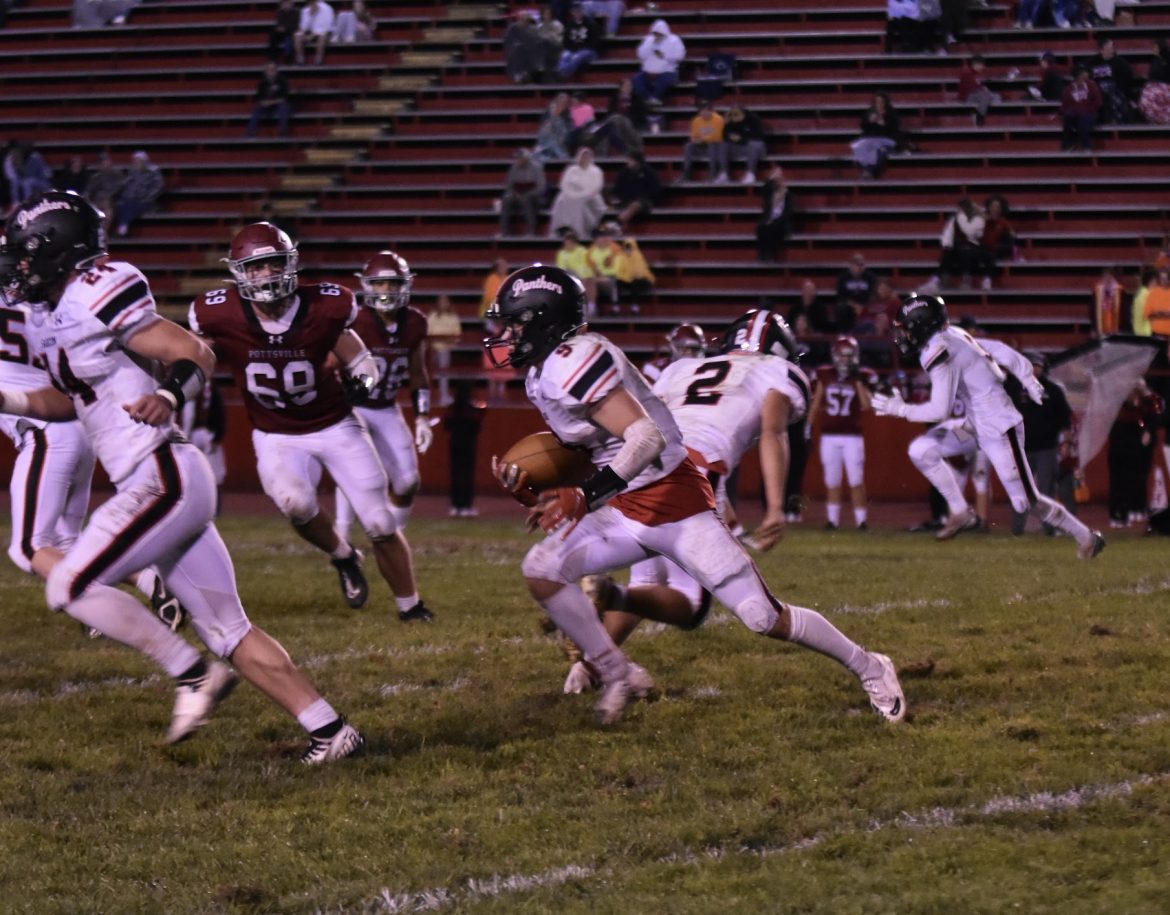